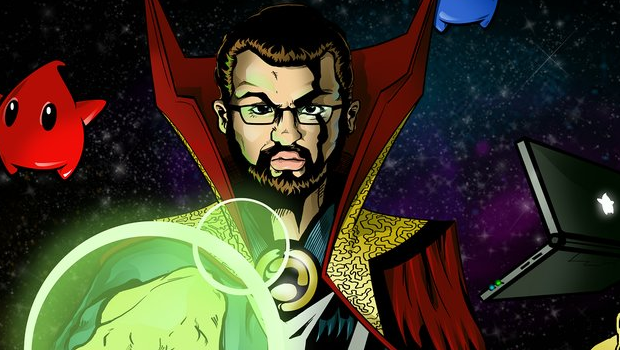 2GGC: Civil War, a major tournament of Super Smash Bros. for Wii U, has ended with Samuel “Dabuz” Buzby winning Singles and Team ZeRo claiming victory in the Crew Battle. Despite consistently displaying strong performance in the competitive scene, Dabuz had never won a major until now.

ZeRo and Diddy Kong as Iron Man; Mario as Captain America and Ally as the Winter Soldier. Art by SPIFspace.

Civil War — a reference to Marvel’s Captain America: Civil War, wherein there was a split in the Avengers between those who sided with Iron Man and those who were loyal to Captain America — emphasizes the rivalry between the two top-ranked players worldwide, #1 Gonzalo “ZeRo” Barrios and #2 Elliot “Ally” Carroza-Oyarce. But after some shocking upsets on Saturday, ZeRo was eliminated from the tournament, and Ally was sent to the Losers Bracket. On Sunday, Ally was eliminated by Eric “ESAM” Lew.

When Top 32 concluded, many were surprised at the competitors who made it to Top 8: #4 Dabuz, #15 Marss, #20 CaptainZack, #28 Fatality, #45 Locus, #48 Kirihara, Hikaru (unranked), and T (unranked). Even more surprising, Japanese player T made it to Losers Finals using Link, a character generally considered to be unviable in competitive play. However, the #28 player in the world, Griffin “Fatality” Miller, eliminated T, earning a spot in Grand Finals against Dabuz.

After Dabuz’s victory, the Civil War Crew Battle between Team Ally and Team ZeRo began. The Crew Battle gave each team 30 stocks (or lives) split evenly among the 10 players representing their team. Matches were played 1 vs. 1; after one player won, he would continue to play against the next player from the opposing team but had to self-destruct down to the number of stocks he had at the end of the previous match before beginning to fight.

ZeRo started off by taking all three of Dabuz’s stocks, eliminating him from the Crew Battle, but lost two of his own. Ally then entered for his team and took ZeRo’s remaining stock without losing any of his own. Ally proceeded to take all three of Nairoby “Nairo” Quezada’s stocks, losing two of his own in the process. After this, Ally’s last stock was eliminated by Alberto “Trela” Miliziano. Eventually, each team came down to their last player: Leonardo “MkLeo” Perez (one of Friday’s Doubles champions) for Team ZeRo, and Takuto “Kameme” Ono for Team Ally. A dominant performance by Rei “Komorikiri” Furukawa late in the Crew Battle gave Team ZeRo the advantage in stock count; Kameme, Team Ally’s last player, had only one stock remaining when MkLeo entered the Crew Battle with all three of his.

2GGC: Civil War was one of the largest-ever competitive events of Super Smash Bros. for Wii U, with 753 entrants, 90 spectators in attendance, and tens of thousands watching online via Twitch. Many of the entrants were among the top players in the world and in their own regions.