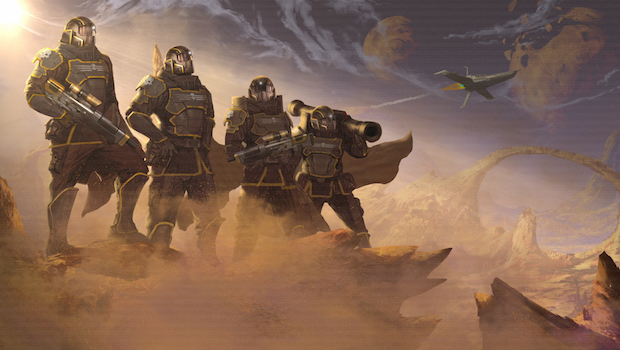 Are you ready to sink your teeth into Helldivers, the upcoming top-down perspective, co-op shooter from the team that bought us Magicka and Gauntlet? Tonight we’ll be livestreaming our misadventures as we attempt to save Super Earth from treacherous aliens. And harvest the aliens for oil. The government hasn’t been clear on their true motive, but since the enemy isn’t human we don’t have to concern ourselves with the possibility that they’re not hostile. Kill em’ all!

Head on over to our Twitch channel tonight at 8PM PST, we’ll be playing the PS4 version of the game.