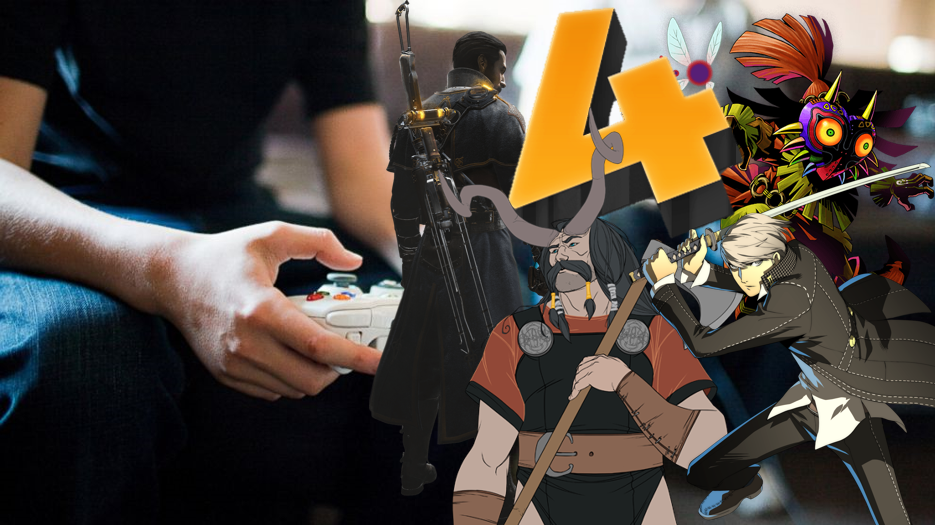 February is the shortest month of the year, but that doesn’t stop us from playing a lot of video games. This weekend’s TGIF won’t just be focusing on what games we’re playing over the next few days, but what games we’ll be playing over the entire month. The Four in February challenge has grown increasingly more popular over the years and it’s high time we joined in on all the fun. The rules are really very simple: 1) pick four games 2) play and beat all four games within the month of February. Some of the GT Staffers are brave enough to take the challenge. Here’s what we’re playing.

There are a few games coming out in February that I’ve had my eye on for a long time: Evolve, The Legend of Zelda: Majora’s Mask 3D, and The Order: 1886. I’d love for those games to be a part of my 4iF challenge. But when I open my wallet and a tumbleweed rolls out, I’m pretty sure that means I won’t be purchasing them any time soon. So I must make due with what I have. Some of my four games are going to be of the same vein. Left 4 Dead from Turtle Rock Studios (the team bringing us Evolve) and The Legend of Zelda: Ocarina of Time 3D (precedent work to Majora’s Mask). The other two will be Assassin’s Creed IV: Black Flag (because I’m watching Black Sails and pirates are awesome) and Binary Domain (because, whatever).

It’s finally February! Games are releasing and the industry is back in full swing. I’ve got a significant amount of games in my backlog, so I’ll be taking on the Four in February challenge with the following: the modern JRPG classic, Persona 4 Golden; the 2014 GOTY smash I missed the first time around, The Last of Us Remastered; the horror-genre darling with a new coat of paint, Resident Evil Remastered; and I’ll be attempting to beat all bosses in the roguelike title Rogue Legacy.

The running theme here is remastered editions. All games that I missed the first time around, that I’m finally getting around to on their more modernized iterations. I expect that Rogue Legacy will be the most difficult, but I’m determined to beat them all. I hope you’ll follow along each week in our TGIF posts as I regale you with my struggles and triumphs. Besides these games, I’ll also be finishing up my review of Monster Hunter 4 and playing some more Darkest Dungeon.

I’m currently reviewing The Escapists for the Xbox One, and enjoying it so far, despite the sometimes intensely frustrating level of difficulty involved. Stay tuned for my review, which will go live on Feb. 9th.

I’m also STILL working my way through Dragon Age: Inquisition which I don’t see ending soon. The areas are so huge, and as a completionist, I need to scour them all, so…this one’s going to take me awhile. I’m really hoping that I’ll be able to finish this game before some of the hot Feb. releases start dropping next week…Majora’s Mask 3DS will likely take over my life when it releases.

Man..it’s hard to narrow down four games for February because my gaming schedule is so all over the place.  That said, hell yes I’m up to the challenge!   Unlike my contemporaries, I’m gonna go off the beaten path a little bit.   I’m going to finish République Remastered.  It’s the first Unity 5-powered game and it’s coming to PC this month.  I never got to play it on iOS, so now seems the perfect time.   But hey…what about that backlog?  I’m working through Grand Theft Auto V on the PlayStation 4.  I beat it on the Xbox 360, but damn if I don’t smile every time a phone call comes through that tiny speaker on my controller.

Like a few others on the list here, I’m completely enamored with The Order: 1886.   The setting, the stunning graphics, and the Victorian Steampunk flavor make it a must play for me.  It sounds like it’ll be roughly 10 hours so that isn’t a challenge, but the final item is.  I intend to complete the Metroid Prime Trilogy.  I have beaten the first title, but I never finished the second two titles.  All three together come in at roughly 40 hours, so I’m gonna commit to completing the first one of the three.    Wish me luck!

I’m probably setting myself up for failure here, I have so many things to do this month. I just finished my novel, and deep in the midsts of the editing process, so I’m getting a cover designed and trying to get it ready for a Valentine’s Day release if possible. Be on the lookout for it on Amazon (Our World’s Death) especially as it has a lot of gaming in it (you’ll be familiar with the premise if you’ve watched Sword Art Online, the anime). Hopefully I’ll still be able to finish four games after all of that!

Anyways, if I’m going to choose four. I’m going to commit to finishing Transistor, The Banner Saga, The Talos Principle, and The Witcher 2: Assassins of Kings. As you can tell, I’m screwed (especially as I just lost my save files for Talos and Witcher 2, oops)! But that’s half of the fun! Honestly, these are games I should’ve finished a long time ago but never got around to… so even if I don’t manage to finish them in the allotted time I want to make a dent. At the very least I’m going to try between starting work on my second book and watching the anime Log Horizon.