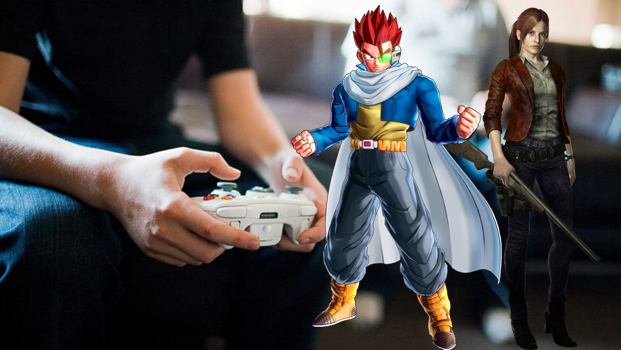 This is the last weekend of February, so that also means it’s the last weekend to finish you’re Four in February (which I know you all stuck to vigilantly). February has been a good month for new releases, both big and small, and as winter begins to melt away from the heat of the warm spring Sun, we witness a profusion of great new gaming experiences blossom. But before we spring into the next few months, let’s check to see how the GT Staffers fared with their Four in February endeavours and what their gaming plans are this weekend.

Four games in one month! I can barely beat four games in one year. Let’s just say I did pretty poorly in tackling my 4iF challenge. Three of the games I didn’t even touch (Left 4 Dead, The Legend of Zelda: Ocarina of Time, and Binary Domain) and Assassin’s Creed IV: Black Flag I played for maybe a grand total of 90 minutes. It was a pretty sad showing barely worthy of a participation trophy. This weekend I will try to make up for it as much as possible.

What little bit I did play of Assassin’s Creed I really enjoyed, so I’d like to jump back into that. I also have an official man-date with my old roommate to play Evolve, so ripping through the jungles as either a monster or a hunter should be a ton of fun.

It’s been a good month when you can’t keep track of the games you’ve been playing. I’ve been doing a ton of Vita reviews recently; right now I’m taking a look at Oreshika: Tainted Bloodlines, an alright JRPG with a really interesting setup. I’m also playing Helldivers alongside fellow Trenders Sean Lama and Lucious Barnes. We’ve already done one awesome stream of gameplay, and we plan to do more too!

We’re also looking to up our video content game, so I’ll be experimenting in the coming weeks with streaming and some ideas that have been floating around for video series. We’ve already had a co-op Helldivers stream and the first of what I hope to be many Late Night Dota streams, but we’re looking to get more people involved and more stuff in the pipeline. Look forward to that, because we want to produce a lot of fun content for y’all to watch!

With my laptop being obliterated, my gaming options turn to consoles.  I’m still playing Majora’s Mask on my New Nintendo 3DSXL, and man…what a difference it makes moving from the launch hardware to this new gear.  The 3D tracking is superb, and the far larger screen makes for an easier time playing for long stretches of time.  Since I never got to play Majora’s Mask on the Nintendo 64, this is a real treat for me.  It’s dark, it’s broody, and it’s unique amidst the other Zelda titles.

I’m working on an interview with Paul Neurath.  You might better know him as the man who helped found Looking Glass.  If you like horror games or RPG/shooter hybrids, you have this man to thank.  Well, now he’s founded a new company called OtherSide Entertainment, and his first objective it to bring back to life one of his most beloved titles — Underworld Ascendant.  A spiritual successor to the Ultima Underworld series, this title has the backing of Richard Garriott, as well as a great many of the Ultima Dragon contingent…including myself.  We will be sitting down with Paul soon and it stoked my interest in playing a bit of Ultima Underworld to refresh my memory a bit before that time.  It should be a fun trip down memory lane, if I can get it to run anyway…