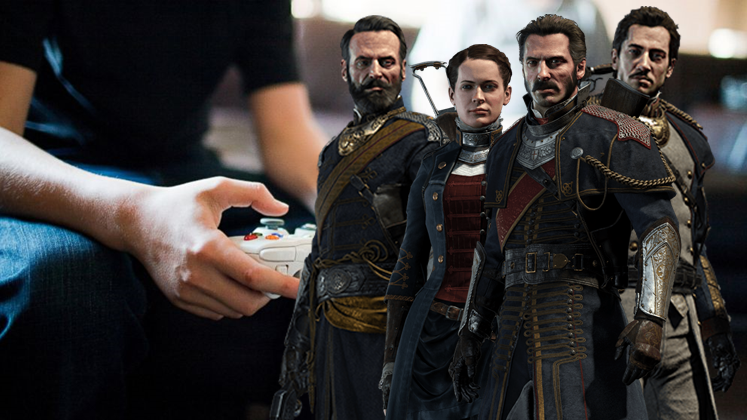 Okay, there’s been a lot of commotion about the length of video games versus the quality and whether or not those two things have a direct correlation with each other. Well, we’re not here to discuss all that; it’s time to put things back in The Order in which they were meant to be. No more lengthy debates, let’s just keep things short and simple … really short and simple … almost to the point of being dull. Here’s what the GT Staffers are playing.

I started playing The Order: 1886 at the beginning of this sentence and now I’m done, so this weekend I think I’m going to play some more Assassin’s Creed IV: Black Flag because swashbuckling and plundering across the Caribbean is so incredibly engaging. I’m also going to crack open Evolve and experience the thrill of the hunt. I’m not sure if I’ll have more than a couple friends playing online at any one time, so tearing apart my enemies as the monster seems like the way I want to go.

This is going to blow you away, but I’m going to be playing more League of Legends this weekend *gasp*. Anyways, sarcasm over, I’m also going to be enjoying Homeworld Remastered. I can’t tell you much about it yet, but it’s Homeworld so do you really expect it to not be amazing? Not much else on my plate for playing games this weekend, but there is certainly a lot of planning going on.

My hands are really getting work-out thanks to my inbox being flooded with emails about running around PAX East. I can’t wait, though I’m also a little nervous because this is my first time going anywhere as press. I’ll get through it though, and I can’t wait to attend in March! I just hope this crazy weather has toned down by then…

I’ve got a lot on the docket this weekend. Two Vita games I’m reviewing, Jungle Rumble and Hyperdevotion Noire, are both pretty good and I’ll be blasting through those. I’ll also be hitting up Dota 2’s Year Beast event as often as I can, though if it keeps changing the ways it’s been changing, that mode will only become more P2W and more depressing. Haha.

I’ve also picked up Guilty Gear Xrd Sign, a fantastic fighting game for the PS4. My intro to the Guilty Gear series was a long time ago on the GBA, so playing it on a PS4 in full HD with these amazing graphics is pretty cool. Seriously, the aesthetic in Xrd Sign is incredible. I’m a little bummed that there’s a few of my favorite characters missing from the roster (Jam, Dizzy, Johnny, Bridget), but Elphelt has become my new main and I’m really digging the other new additions too, so I’m hoping to find some time to really “get good” at Guilty Gear.

I’m currently addicted to Dyling Light, which I honestly did not see coming. Anyway, I will try to get through this one this weekend. I’ll also be picking up The Order 1886, which I’m very excited to play due to the controversy surrounding it, and also Kirby and the Rainbow Curse, which I know I’ll love, because Kirby is the absolute best.

Also, I’m working my way through The Legend of Zelda: Majora’s Mask 3DS, and plan on starting Monster Hunter 4 Ultimate once I’m done with that. If I have time, I’ll also find the time to get some Evolve in. BUSY WEEKEND!