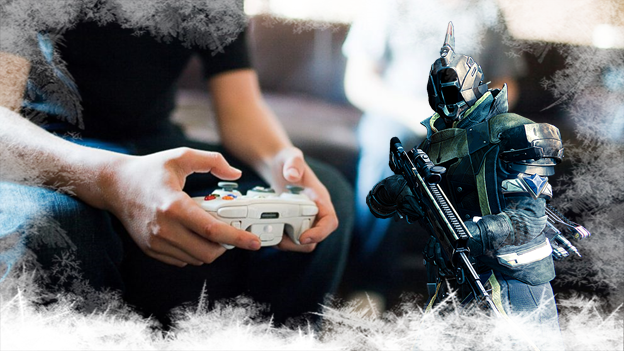 Car commercials like to call this month “December to Remember.” Well, I agree Mr. omnipresent car spokesperson. This is the December to Remember … to play a ton of amazing video games. The holiday release schedule is winding down, so now it’s time to get cracking on all the great games you just bought. So many games, in fact, that you can play them while sitting in a fort made out of their cases (sorry digital buyers … no fort for you). And with much of the world being too cold to even think about going outside, that game fort doubles as a shelter from the bitter elements. It’s fun and practical. Here’s how the GT staffers will be spending their weekend in Fort Gaming.

I haven’t played a videogame in a month. Scratch that. I’ve played a few matches of Super Smash Bros. for Wii U, but that’s it. School is finally over, so now I’m off for a month and am going to game like you wouldn’t believe.

I’m going to play some Call of Duty: Advanced Warfare multiplayer, and Halo: The Master Chief Collection co-op (assuming it even works). I’m so baffled by the complete lack of any attempt to release a finished, and unbroken, game by nearly every developer these past two years. It’s going to reach a point where consumers won’t let it slide anymore and the backlash will be bad for everyone. #rantaboutnonsense

As for my single player adventures, I’m going to crack open a gem that I missed from last generation–Fallout 3. It’s been awhile since I’ve gotten lost in a game world and I’m hoping Fallout 3 can do the trick.

As I write this, I’m on my way to Vegas for Sony’s PlayStation Experience event. I’ll be there all weekend (so check back for our coverage) so I plan on getting some time with The Order: 1886, Tearaway: Unfolded, and in a perfect world, Uncharted 4: A Thief’s End.

In the meantime, I plan on finally starting Freedom Wars on the plane, and maybe delving into Pokemon Alpha Sapphire.

With 110 hours sunk into Dragon Age Inquisition, the spell has finally broken enough that I can play other games again. Before going right back to Inquisition of course. Anyways, I’ll be playing League of Legends as I’ve been getting back into my groove. I also will try to find time to play Transistor, The Banner Saga, and Child of Light. I’m trying to catch up in time for GOTY.

I’m basically playing catch-up at this point, trying to revisit all the games I’ve either missed or want to revisit before finalizing my Top 10 for the year. I’ve already ticked off Dark Souls 2 and Hearthstone, and enjoyed both about as much as I remember.

This weekend I’ll be finishing Transistor, revisiting Wolfenstein: The New Order and Divinity: Original Sin, and try to play a little further into Shadow of Mordor. I’ll probably put in some time with Dota 2, as usual, and I’ll be helping a friend move, so FIFA or Smash will probably hit the mix somewhere too.