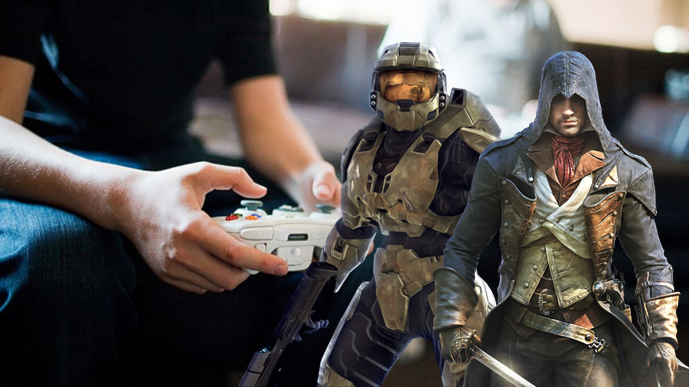 We’re right smack-dab in the middle of the holiday gaming season. Last week, Call of Duty: Advanced Warfare kicked it off with their blockbuster release. While this week we saw the releases of Halo: The Master Chief Collection and Assassin’s Creed: Unity. And even more fantastic games are coming in what might be the biggest games release week of the year, with the likes of Dragon Age: Inquisition and Far Cry 4. It’s a wonderful time to be a gamer, and with so many games to choose from it’ll be difficult to pick which ones to spend your time with. Here’s what the GT Staffers have decided to play this weekend.

Come Black Friday, I’m going to buy myself an Xbox One because of the great deal they’re having. I’ve already bought Halo: TMCC, Sunset Overdrive, and CoD: AW (yes, I bought games for a system I don’t have yet), so I’m raring to go. But, in the meantime, I’m going to make up lost ground on some of the earlier games in the Assassin’s Creed series and the Call of Duty series. I’m finishing up a playthrough of AC IV: Black Flag (holy crap, that game is huge) and I’m going to make my way through the Modern Warfare 3 and Black Ops II campaigns. If this feels like a rehash of last week’s plans, it’s because it is; AC IV is taking a lot longer than I anticipated.

So, last week I said I was playing Persona Q (embargo lifts next Thursday at 9:00 PST) and Freedom Wars, but I actually haven’t gotten to the latter and am still not done with the former. I’m hoping to at the very least get Persona done and the review written before Tuesday when Dragon Age: Inquisition comes out, because that will have a chokehold on my life from the moment I get it at midnight, and I fully expect it to be the only game I mention on upcoming TGIF pieces for awhile.

I’m playing through Assassin’s Creed Unity.  Turns out, as is normally the case, the game is nowhere near as much as the pile-on folks have said.  Are there bugs?  Absolutely.  Is there a good game underneath?  Parts of it, yes.  A few patches and this is the kind of game that will go from decent to good.  Granted, nobody will ever give it that sort of back glance to acknowledge the work the team put into rebooting this franchise.

Like the rest of these jokers, I’m looking forward to the release of Dragon Age Inquisition.  Sure, I’ve beaten it, but it’s like holding a secret – there’s nobody to share it with!   If you’ve not checked out my review, you might just do that.  I promise, it’s spoiler free.

I’m also going to be checking out Assassin’s Creed Rogue.  Everything I’ve heard so far says it’s essentially Black Flag 2, and I’m completely ok with that.  I’ll miss the parkour up and parkour down buttons.  I do think it’s time for an Asian Assassin’s Creed though…

In anticipation of the (hopefully) GOTY release of Inquisition, I’ll probably be revisiting Dragon Age Origins and 2. I’ve been crawling through the Keep, trying to remember all the details, but it’ll probably take a little replay to fully remember characters like the Architect and such.

On a side note, I’m thinking about writing a feature for the site where I make the worst world state possible in Dragon Age. Set up a World Save where the Warden was just awful (let everyone die, became the king but chose worst theoretical outcome every time), and you can essentially play Hawke as a villain if you’d like (Rival everyone, give Isabella to the Arishok, agree with Anders and kill your sibling, etc). It’d be a really fun piece to see if I can “wreck” Thedas. Maybe after my first playthrough I’ll work that up?

Besides that, it’s more League of Legends this weekend, as the new map is out and it looks fantastic. Really enjoying another deep dive back into League, relearning some champions that I haven’t played in a while since their reworks (Viktor and Xerath especially).

I have one word to describe my weekend: Halo. I’m playing Halo. All of it. Campaigns, multiplayer, splitscreen, online. I haven’t even tried playing online, so I’m not privvy to some of the bad experiences that I hear people are having with matchmaking (I wanted to at least play the Halo 2 campaign first), but if I run into that problem It’s fine, because I’ll just do local 4-player splitscreen. I know eventually the online aspect of the MCC will fix itself, so I’m not letting it bother me…yet. Anyway, as a huge Halo fan, Halo is happening this weekend, and lots of it.

Oh, also, I need to review LEGO Batman 3: Beyond Gotham at some point…