You are a cleaner: Your purpose is to clean, you love cleaning, this is why you exist. You are the best at what you do, no one else in existence can do it. There is no need to sleep, eat, laugh, or cry, you can clean tirelessly, forever. Does this sound like a comfortable life? Sure, it can provide fulfilment in a certain way and would eliminate any and all suffering, but isn’t there more to life? Would you rather make your own mistakes and grow, even if it hurts you and those around you? Anodyne 2: Return to Dust is an ambitious game that asks a lot of questions, and while it certainly provides some answers much of the story and meaning is up to interpretation. It’s the rare kind of game that sticks with you long after you’ve put the controller down. That’s why I’m going to be totally honest here, if this opening paragraph grabbed you or you appreciate games as art, don’t read this review. It’s not that I’m going to be spoiling anything, but I think you should experience this game on your own terms, with no expectations. I wouldn’t want to color anyone else’s interpretation of the game before they have time to form their own. If you need a little bit more exposition though, I’m happy to provide.

In Anodyne 2, you put on the adorable hat of Nova: a cleaner created by the Center to remove dust from New Theland. The game begins with her not even having been born yet, as you take your first steps in her egg and procure the items necessary to house a Glandilock seed in your head. This will allow the Center to send Nova its power on occasion, among other things. Once you take your first real steps in New Theland, you are greeted by Nova’s caretakers Palisade and C Psalmist who inform her of her purpose: shrink into the denizens of New Theland, remove the Dust from them, and deposit it in the Center City Cenote’s central tower. C Psalmist can come off as cold yet well meaning, while Palisade wants to nurture Nova as a human being, not just a cleaner. With this in mind, you begin to explore Cenote and eventually the rest of New Theland as you accumulate Dust and Cards with which to repair the tower to hold even more Dust. 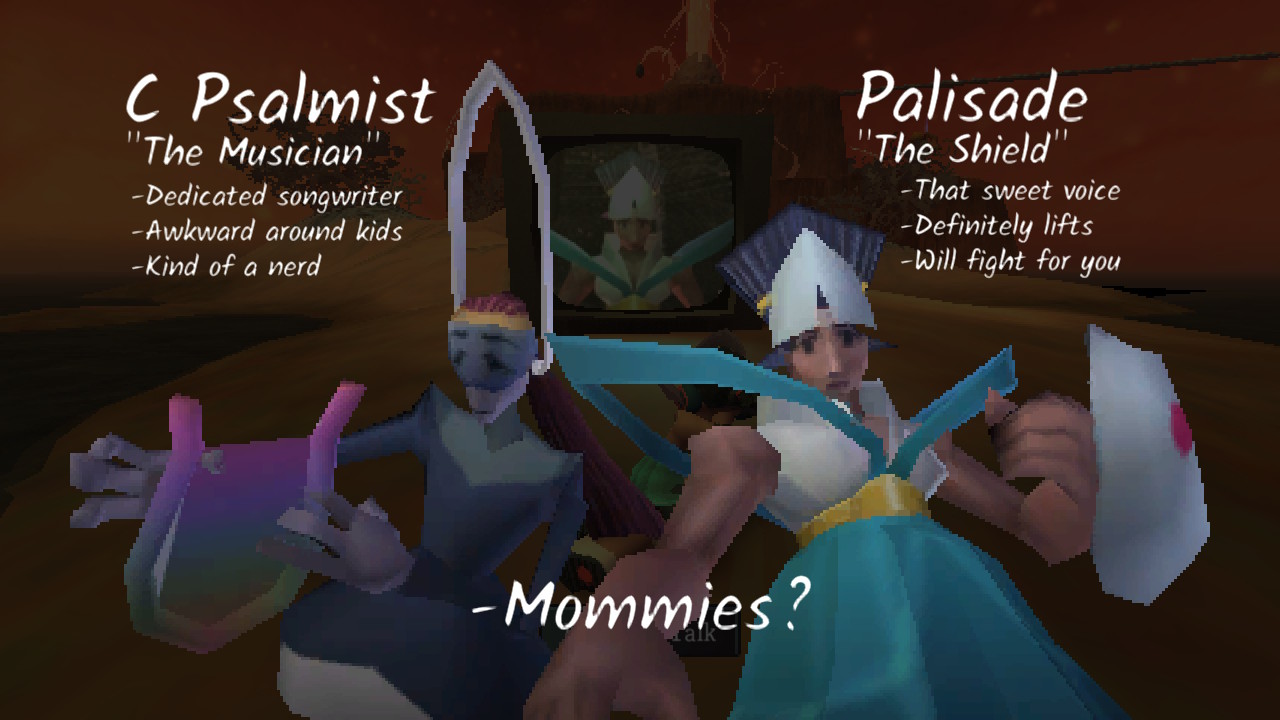 The game is split between two distinct styles: 3D, in which you explore the vast areas of New Theland and find people suffering from the Dust; and 2D, where you solve puzzles and defeat enemies in Zelda-like dungeons using your vacuum. After the four short tutorial dungeons in CCC, you’re essentially set free in the world to progress at your own pace. In 3D, you can jump up to two times, speak to NPCs and spark some of them to shrink down, and turn into a car to get around faster. In 2D, you have the ability to suck up certain objects and shoot them out, which may sound simplistic but the game gets a lot of mileage out of this single mechanic. I really enjoyed how these two styles complement each other, exploring in 3D feels meditative and there’s a lot to see and do in each zone especially when you unlock the Metaclean system, and 2D provides more concrete goals and focus. There’s some overlap between these two philosophies of design later on in the game too, so the full breadth of each style feels fleshed out.

The beings you extract Dust from each have a unique style and their own problems and insecurities. One may seem to suffer from dementia and arrogance as he eternally digs a hole beneath his village, while another fears the awkwardness of social interaction and suffers from self hate. The former’s dungeon has Nova exploring his memories of the village and the latter feels like moving through a well organized if senseless laboratory. The visual style of Anodyne 2 is so incredibly varied and creative that no two places, either in 2D or 3D, feel the same. While the 2D sections use pixel art reminiscent of the Super Nintendo or even the Atari, the 3D overworld has a more PlayStation 1 aesthetic which I adore. The two styles are separated by short loading screens when you shrink down (preceded by a short, DDR-esque minigame the first time you enter). You generally don’t go between the two styles enough to make these loading screens annoying, which keeps you continually visiting new and different locations. This also emphasizes the divide between the two philosophies presented in the story, a fulfilling enough yet artificial life or an unknown one with potential for more growth. 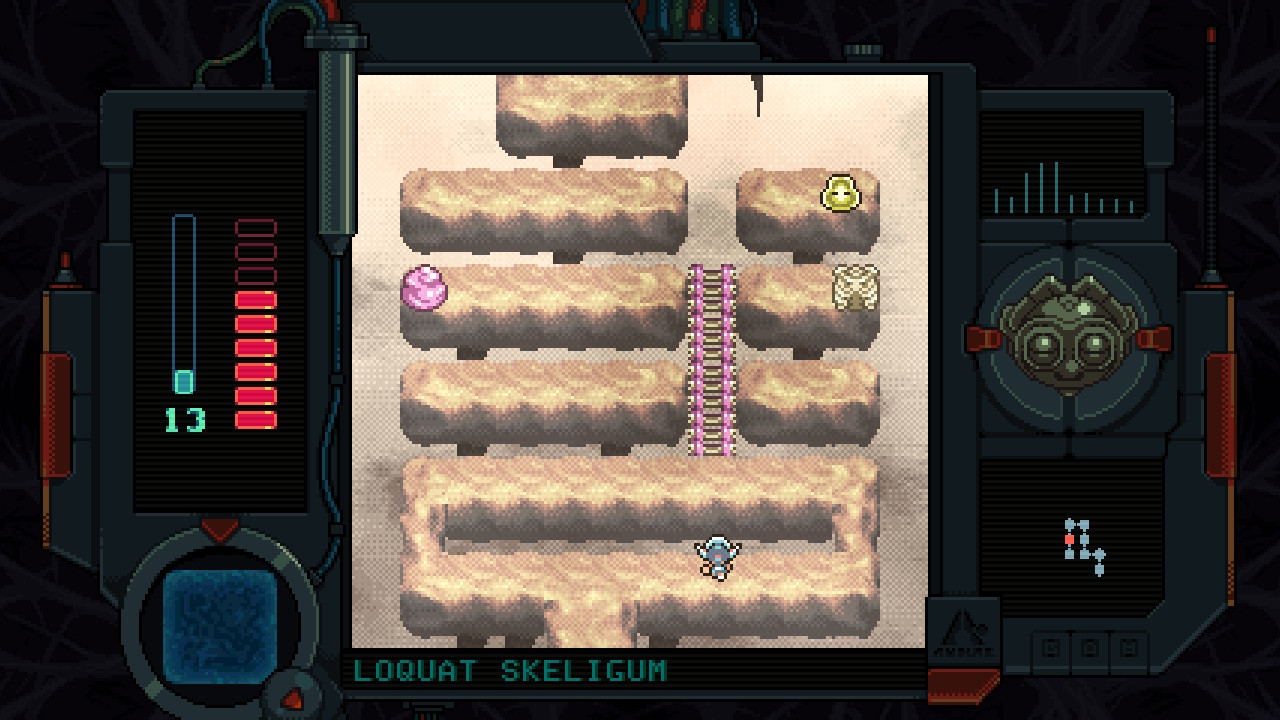 The visuals have a suggestive style rather than illustrative, so your imagination can still run wild adding detail to these places. It reminds me of the Vaporwave movement in art, especially in the endgame in which you are encouraged to break out of bounds. My favorite area though is the Pastel Horizon, which is one of the more exploration focused 2D areas. It has several fun puzzles to solve, a gorgeous, pink based visual style, and a self contained yet meaningful story along with more of the game’s incredible soundtrack. To that end, I think it’s representative of everything that makes Return to Dust so special, it provokes thought and discussion while still remaining fun and stylishly distinct.

Anodyne 2: Return to Dust is a work of art you absolutely must play. It’s heartfelt and personal, with tons of fun puzzles to solve and locations to explore.

David is the kind of person to wear his heart on his sleeve. He can find positives in anything, like this is a person who loved Star Fox Zero to death. You’ll see him playing all kinds of games: AAAs, Indies, game jam games, games of all genres, and writing about them! Here. On this website. When not writing or playing games, you can find David making music, games, or enjoying a good book. David’s favorite games include NieR: Automata, Mother 3, and Gravity Rush.
Related Articles: Anodyne 2: Return to Dust, Indies
Share
Tweet
Share
Submit