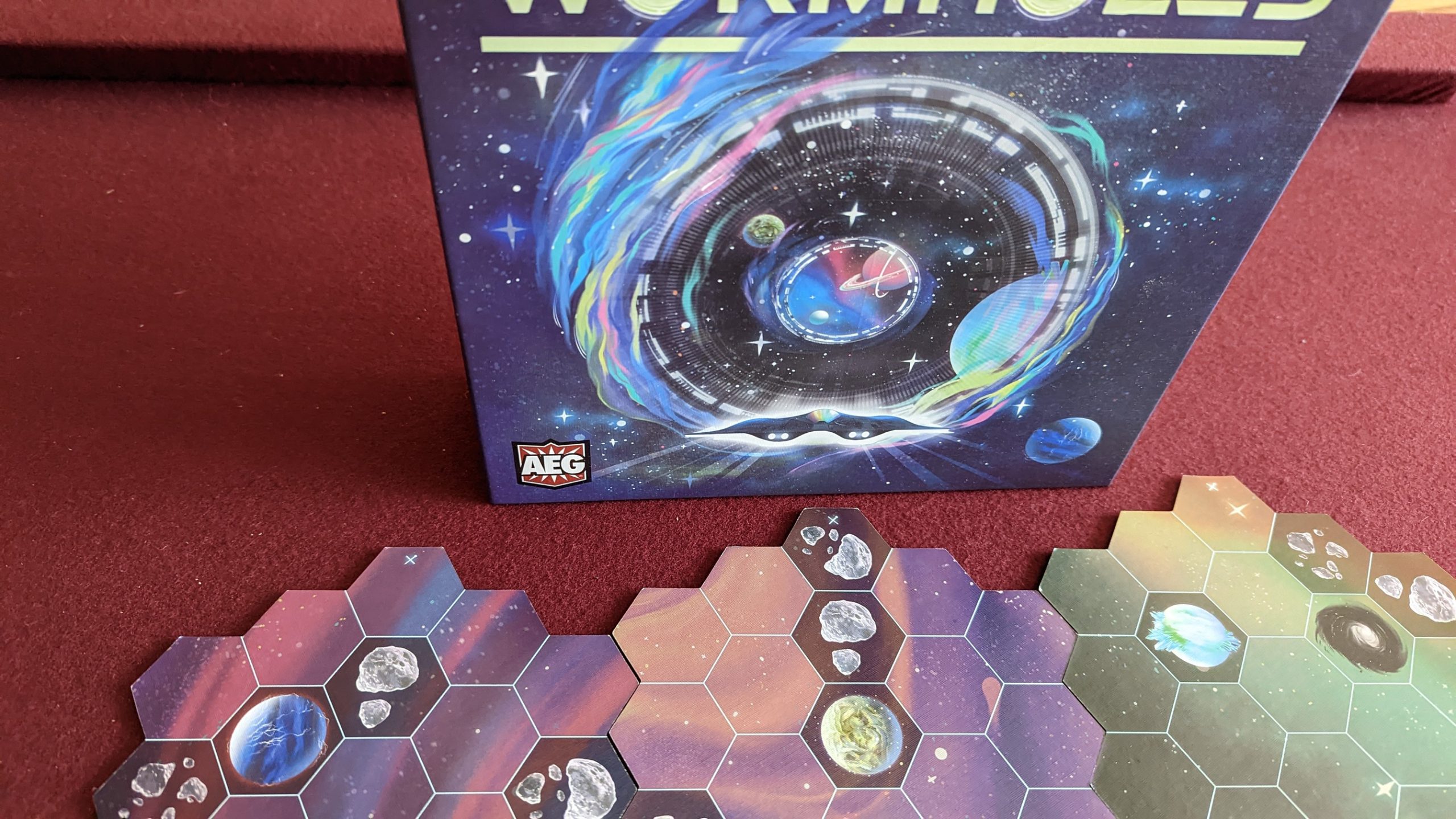 At first look, Wormholes appears unassuming, but its svelte box comes jam-packed with my favorite pickup and deliver game on the market. In my experience, the genre trends towards a rote loop of point A to point B movement that overstays its welcome. Wormholes avoids this by tossing a delicious layer of infrastructure building that turns it into its own beast. I know, every other train game consists of building track and running goods back and forth on it, but railroads can’t instantaneously teleport you across the galaxy, can they? Wormholes puts its players in the roles of interstellar taxi drivers, ferrying passengers to their matching planets for points. But you’re not Fifth Element Bruce Willis space taxis, you’re more like Q from Star Trek as a cabby, tearing holes in the fabric of spacetime to make your fares that much easier. 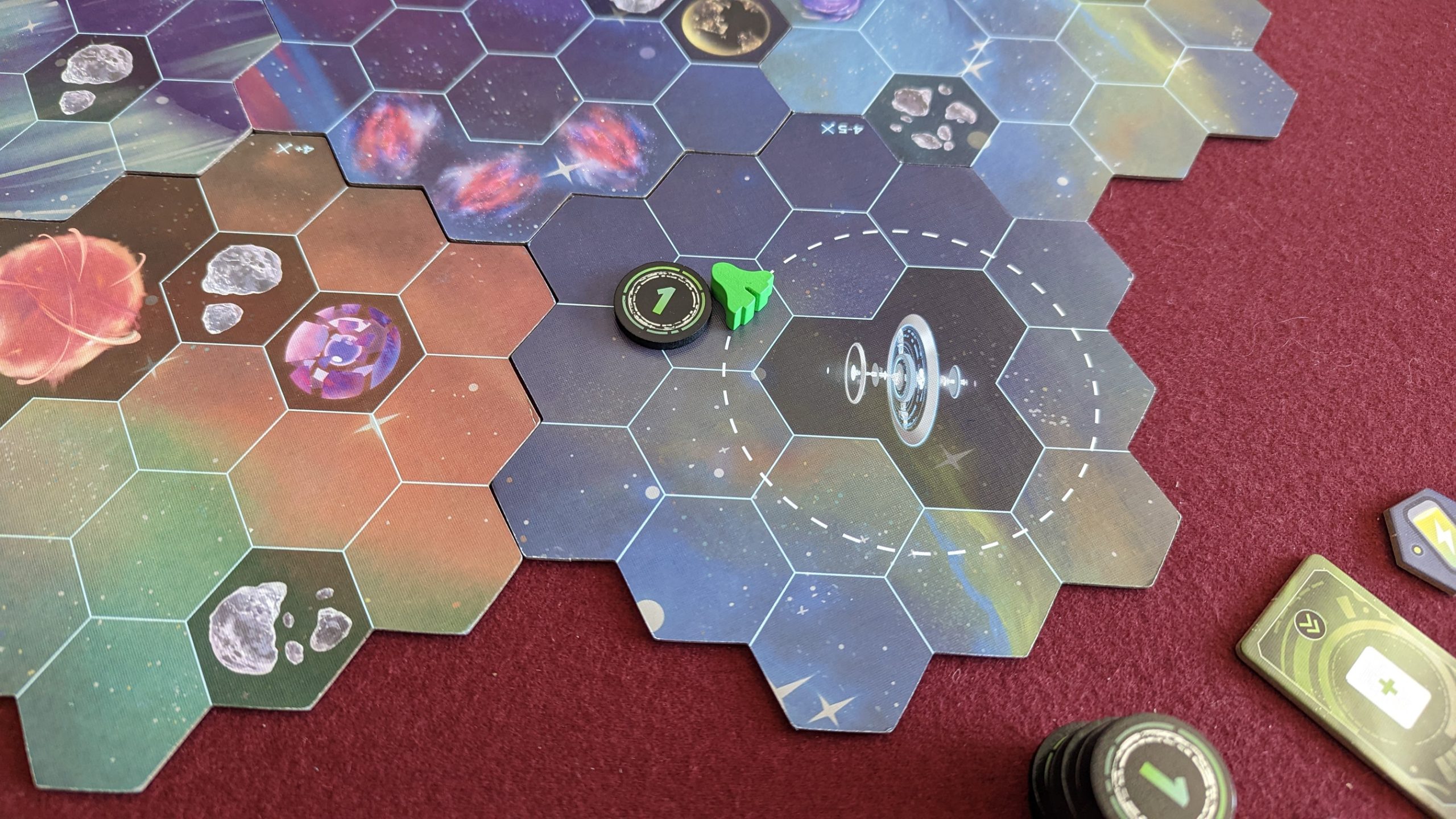 Turns in Wormholes are simple enough to go faster than light. Ships have the juice to move three hexes a round, unless they’re swapping from one side of a wormhole to another, potentially giving another player a victory point for using their wormhole. Players can drop a paired wormhole token on or adjacent to their ship whenever they like. Players can randomly draw passenger cards off the deck when they’re adjacent to a planet, or take their choice from the discard if they’re adjacent to the space station, up to the hand limit of four. Finally, if a player is adjacent to a planet, they can deliver any and all matching passengers in their hand, adding them to their scoring pile.

Scoring is equally simple. When a player opens a wormhole adjacent to a previously unconnected planet, they take the top tile off the exploration stack, which I probably love more than is reasonable. As the stack dwindles, tiles’ worth escalates, encouraging players to connect planets that were too inconvenient for other players. Eventually, the final planet will be connected, triggering the final three rounds of the game, tracked by the final three tiles in the stack. At the end of the game, every passenger in a player’s stack is worth two points, with an additional bonus for every unique planet they delivered to past five. 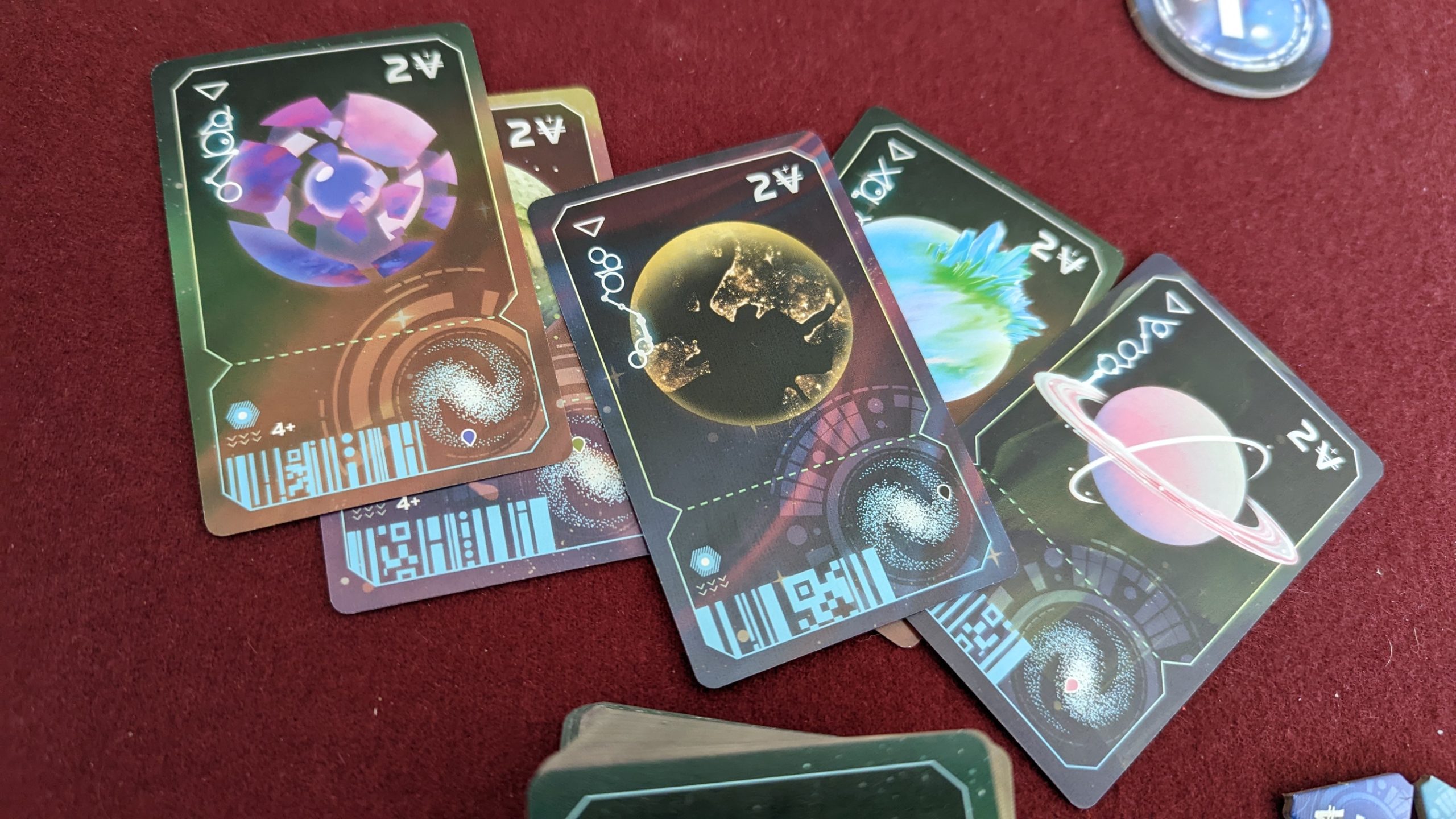 As straightforward as the rules are, Wormholes provides an intriguing decision space, with players dividing their attention between delivering passengers, grabbing exploration tokens, and simply creating a network that entices other players to use it to gain VP passively.

There’s also a solo mode, but it’s a simple race against time high-scorer that loses out on the real fun of seeing how players’ networks interact with each other, or how far stubborn/frugal players go out of their way to avoid giving anyone else points.

The one thing I’ll say against Wormholes is that with only three points of movement, it becomes immediately apparent if someone messed up and doesn’t have a strategy to warp back into the thick of things after a journey out to the outer bounds of the map, but honestly,  I’d put that more on the player than the game.

Like how even someone with a refined palette should enjoy the simple elegance of a well-done lager, the great production and no-frills design of Wormholes has the capacity to please everyone.

Nick grew up reading fantasy novels and board game rules for fun, so he accepted he was a dork at an early age. When he's not busy researching the intricacies of a hobby he'll never pick up, Nick can be caught attempting to either cook an edible meal or befriend local crows.
Related Articles: Tabletop, Wormholes
Share
Tweet
Share
Submit