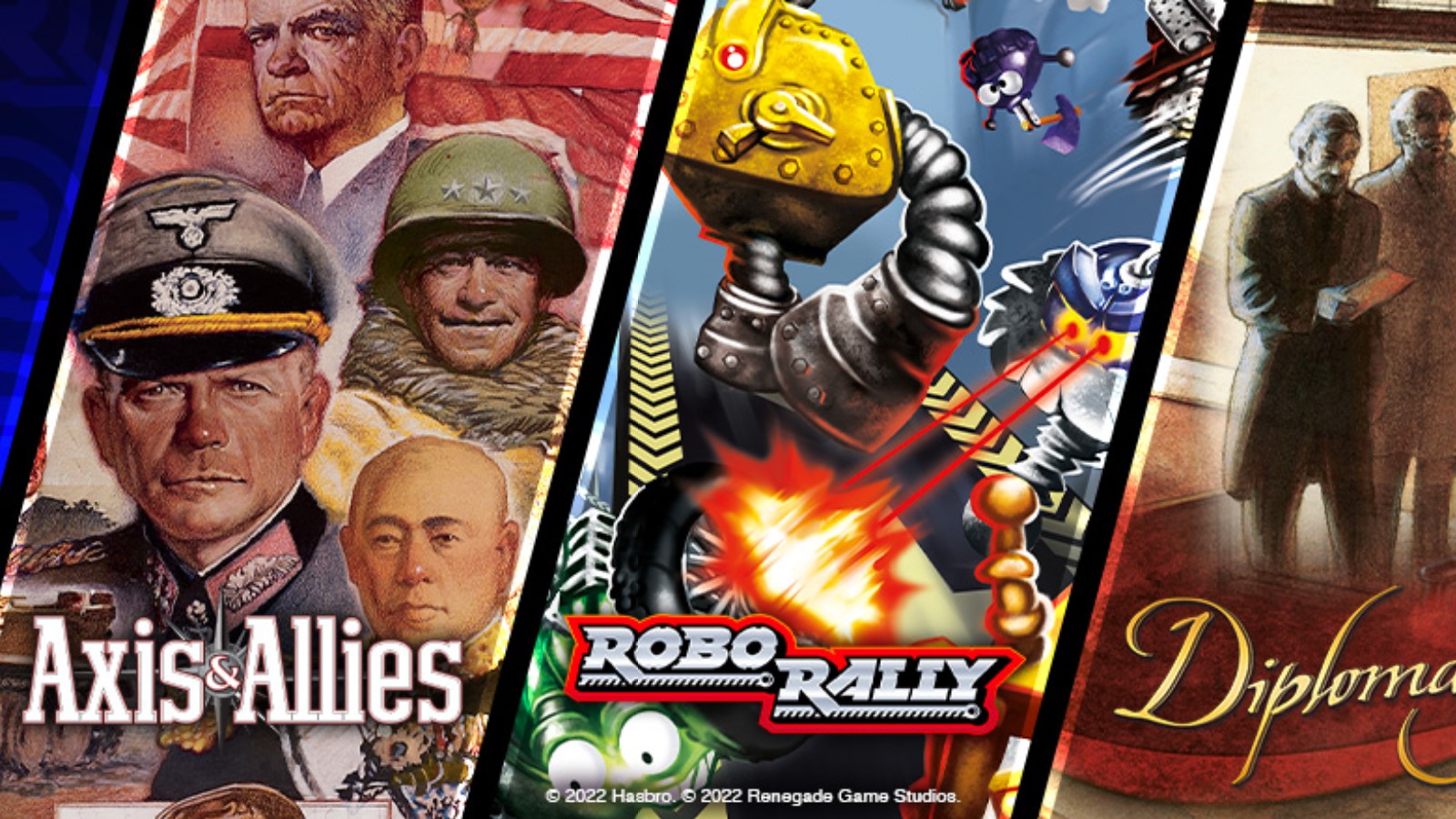 San Diego, CA – October 6, 2022- Renegade Game Studios is excited to announce that they are in negotiations to expand their licensing relationship with Hasbro, a global branded entertainment company, to include best-selling games Axis & Allies, Diplomacy, Squad Leader, and Robo Rally.

Starting in 2023 Renegade is working with Hasbro on plans to produce all versions of these brands for the hobby, mass and specialty markets. The plans include a brand new site for Axis & Allies, along with a world championship, and fan involvement in selecting new themes to add to the line. Fans will also see new printings of staples for the line as well as the return of some long out of print editions.

Fans of RoboRally and Diplomacy can look forward to new reprints of these classics hitting store shelves soon.

“We are proud to work with Hasbro and thrilled to see the partnership thriving,” explains Scott Gaeta, President and Publisher of Renegade Game Studios. “All of these games are staples for gamers and some of the most well-known brands in the gaming world. Our team is excited to dive in and get to work.”

In addition to these titles, Renegade will also be creating new versions of Risk themed around fan-favorite Hasbro brands G.I. JOE, Transformers, and Power Rangers. Look for more information on these releases in the coming months.

“We are excited to work with Renegade Game Studios on these iconic Hasbro strategy games starting in 2023. We hope that fans will look forward to adding to their collection new battles and themes for the Axis & Allies brand, expanding on its 41-year history,” said Jess Richardson, VP, Global Toy & Game, Licensed Consumer Products at Hasbro.

For the latest updates from Renegade Game Studios, be sure to check out www.renegadegames.com/axis-and-allies and sign up for regular updates.