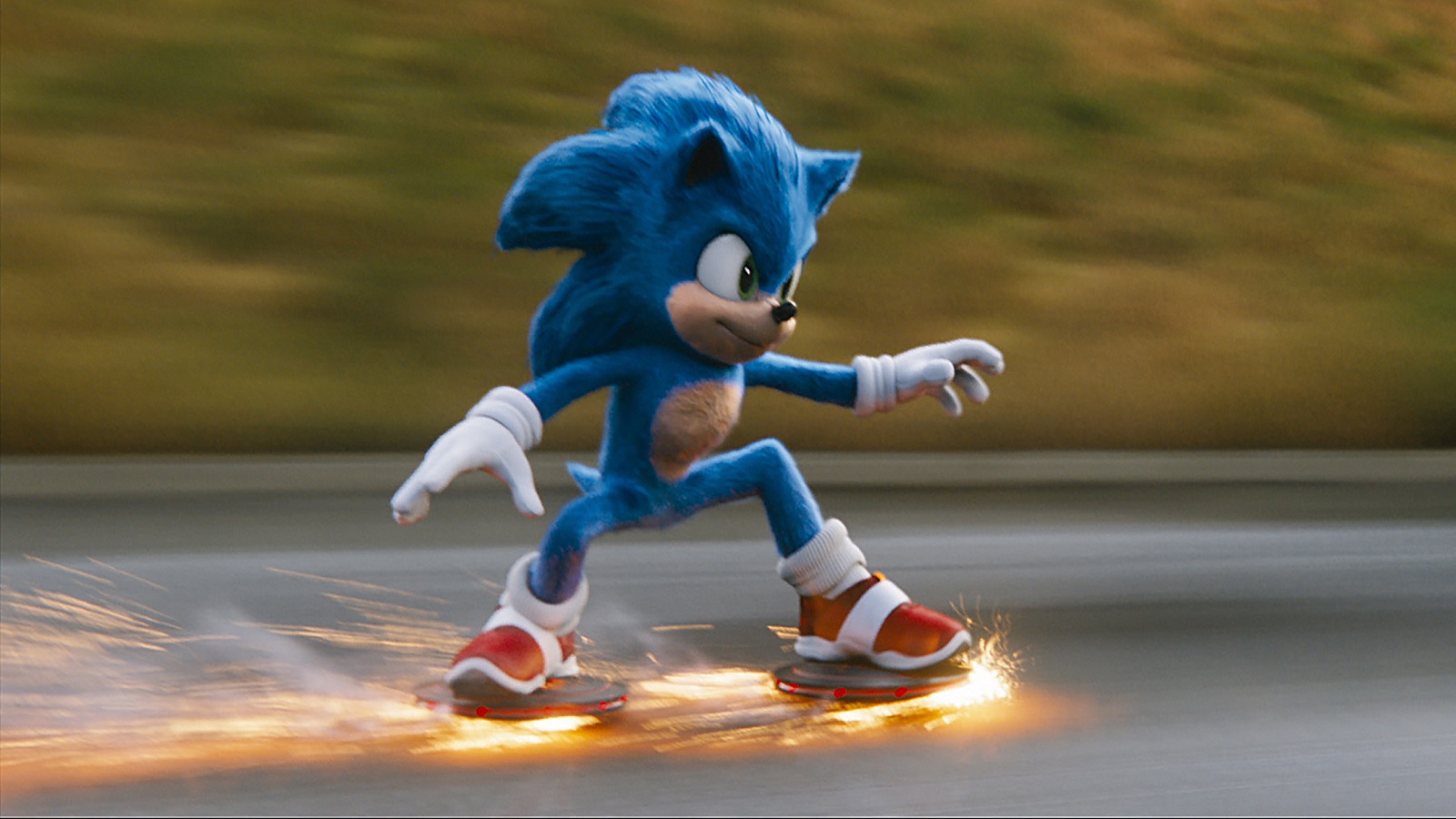 From Detective Pikachu to the Angry Birds Movie 2, I’m a firm believer that we’re now out of the “video game film adaptations are horrible” phase. While not without their imperfections, I think that both films do a great job of crafting its characters from video games to films, and the quality can only go up from here. Paramount recently released its film adaptation of the popular Sonic the Hedgehog franchise, and it’s a solid film for families and fans alike, even if it revels too much in the juvenile and generic at times. 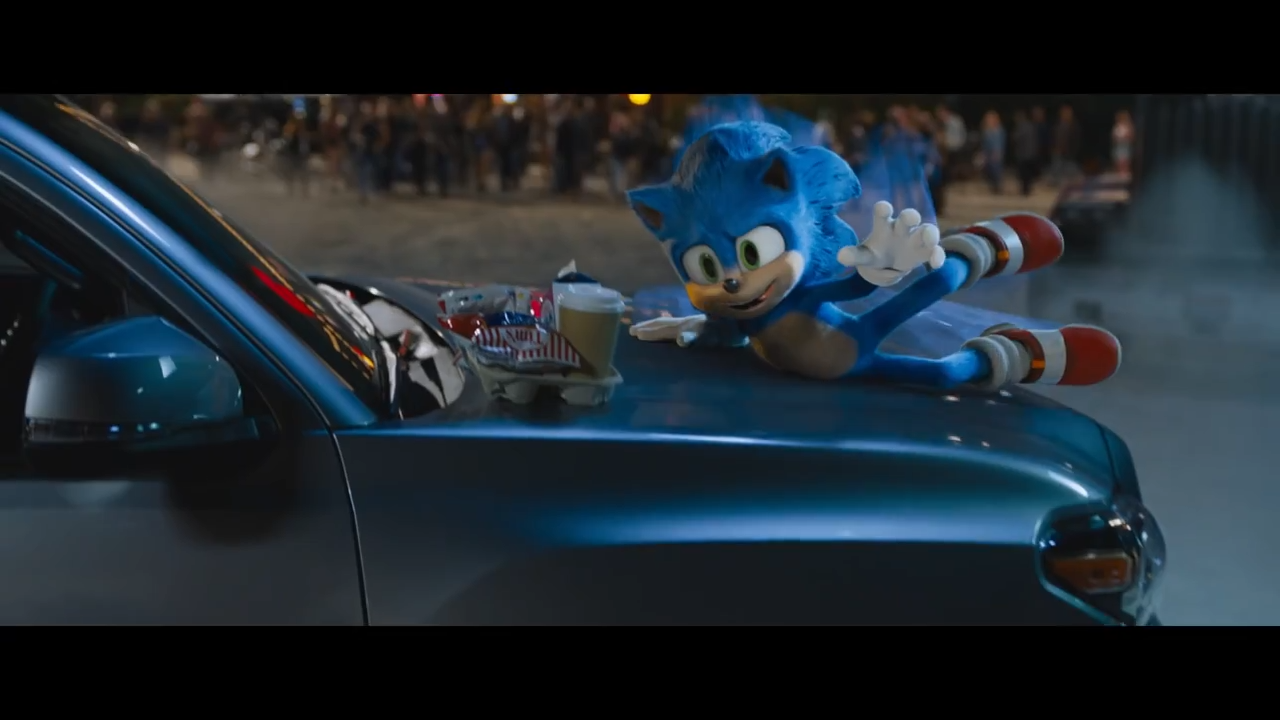 While the origin of Sonic the Hedgehog is hotly debated among media adaptations, the film opens with a little backstory on the protagonist, voiced by Ben Schwartz: a child version of the Blue Blur is forced to run away after echidnas seemingly kill his mentor Longclaw. After years of solitude on Earth, he accidentally abuses his powers, causing a massive blackout and attracting the attention of Dr. Robotnik, played by Jim Carrey. Along the way, he enlists the help of Tom Wachowski, played by James Marsden, as the duo head to San Francisco to help Sonic escape the Earth. What follows is a buddy road trip film reminiscent of the 90s featuring peril and a little bit of fun and games.

What instantly caught my attention was the fact that this film exudes a sense of fanservice that feels organic rather than gratuitous: There are small references that my friend and I were overjoyed to see and hear (Hyper Potions! Sanic!), though you don’t need to get them to enjoy the film at all. The redesign in particular looks pretty neat: I loved the childlike teenage Sonic that the movie went for, and I was glad that they didn’t go with the original design, which makes Cats (2019) look like a masterpiece (I should know, I loved that train-wreck of a film). That said, there are times when the CGI looks uneven and inconsistent, which probably lends itself to the fact that some scenes needed to be altered to fit the redesign. Sonic looks fine, but it’s a little less impressive compared to something like Detective Pikachu, which had some gorgeous Pokémon roaming around.

Unlike Detective Pikachu, however, I enjoyed the whole human cast of the film. Jim Carrey sells his role as Dr. Robotnik quite well, acting as an insufferable villain that’s equal parts terrifying and hammy, and it works well. It’s a shame that the first act of the movie before he’s introduced is relatively slow-paced, because once Carrey steps on the scene, it is ON. I’m also surprised at James Marsden, who acts like a well-meaning father figure, and his performance as a heroic everyday officer works as a great foil to Carrey’s manchild and hilarious antics. 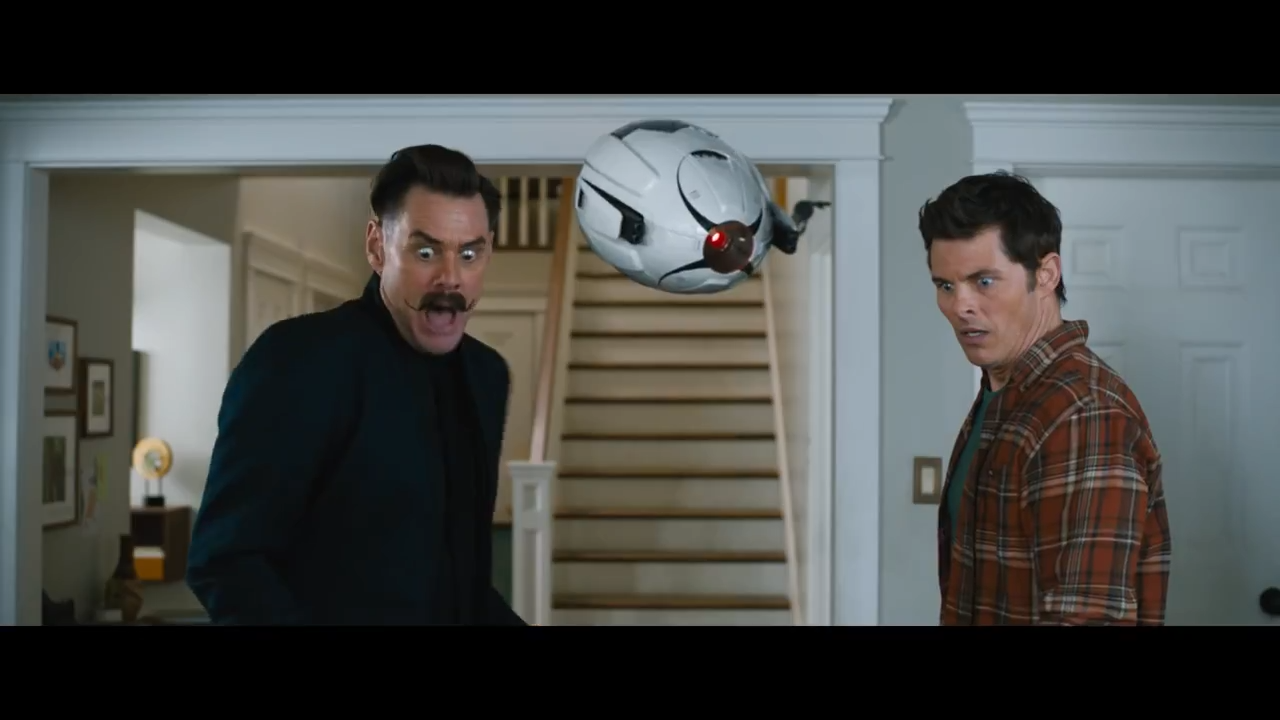 Oddly enough, Sonic the Hedgehog tackles some emotional moments quite well (again, mirroring Detective Pikachu’s quiet scenes). Sonic battles loneliness as he basically raised himself without being able to talk to anyone for literal years, and the conversations between him and Tom are genuinely heartfelt. For reference, I was at a screening with a mix of older fans and families with younger children, and it was cool to hear kids relating to Sonic’s solitude and finding friends. (The same children were booing Robotnik for trying to destroy Sonic on multiple occasions, and the ensuing encounters helped the children root for the latter.) It’s a kid-friendly look at processing sadness and finding a way to empower yourself with your community, and to that end Sonic the Hedgehog nails the heartwarming nature of its simplistic yet powerful themes.

On the other hand, the humor is as uneven as the CGI. While almost all of the jokes were met with giggles, there were some instances where I had to roll my eyes pretty hard. Out of context: Sonic flosses. And farts. The product placement can get a bit too overbearing at times as well. From Zillow to Amazon to Fitbit, there are quite a few brands and companies mentioned in a not-so-subtle way. Two references to Olive Garden are shoehorned in so awkwardly that I had to laugh at how out of place but bombastic it was (think the conspicuous Dairy Queen location in Guardians of the Galaxy 2). 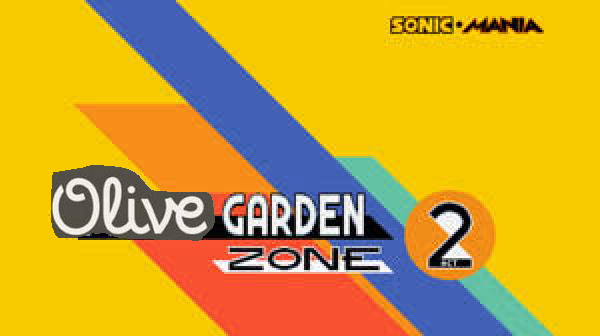 Credit to Tyson Hesse, who was responsible for the redesign!

While a bit uneven with its pacing and humor, Sonic the Hedgehog remains a solid step in the right direction of video game film adaptations with its genuine heart and great performances from Jim Carrey and James Marsden. Here’s hoping a potential sequel will iron out the kinks to a wonderful first film.

Elisha Deogracias is an aspiring accountant by day, freelance writer by night. Before writing for Gaming Trend, he had a small gig on the now defunct Examiner. When not being a third wheel with his best friends on dates or yearning for some closure on Pushing Daisies, he's busy catching up on shonen manga and wacky rhythm games. Mains R.O.B. in Smash. Still doesn't know if he's a kid or a squid.
Related Articles: Culture, Sonic The Hedgehog
Share
Tweet
Share
Submit