D&D is at its roots a high fantasy game, reminiscent of the world of Tolkien with dragons and magic and all that comes with it. Cleaving close to that high fantasy base, your run-of-the-mill D&D game is not typically too horrifying. But in recent years, we have seen a bit of a trend in that direction with WotC’s publication of the Curse of Strahd and Icewind Dale: Rime of the Frostmaiden adventure books. For those groups that do play horror–themed games, have always wanted to play horror–themed games, or maybe had their appetites whetted by the recent publications, Van Richten’s Guide to Ravenloft serves as an extremely useful tool for bringing some horror or just a little spookiness into D&D games. The range of topics covered in the book is surprisingly extensive, and while few of them go into gritty detail, all are sufficient enough in scope and content to guide DMs and players alike in creating a horror story that fits their group.

Outstanding in this book (and continuing a trend from the recent Tasha’s Cauldron of Everything) are notes to DMs and players alike cautioning against stigmatization of certain groups in pursuit of a scary story. There is a conscious effort to equip DMs with knowledge and some basic guidance on creating an inclusive and non-threatening play experience for everyone. Significantly, the book takes the time to caution against straying into inappropriate territory that historically aligns to certain genres of horror fiction. For instance, readers are cautioned to be careful not to use mental illness or physical disabilities as horror devices. 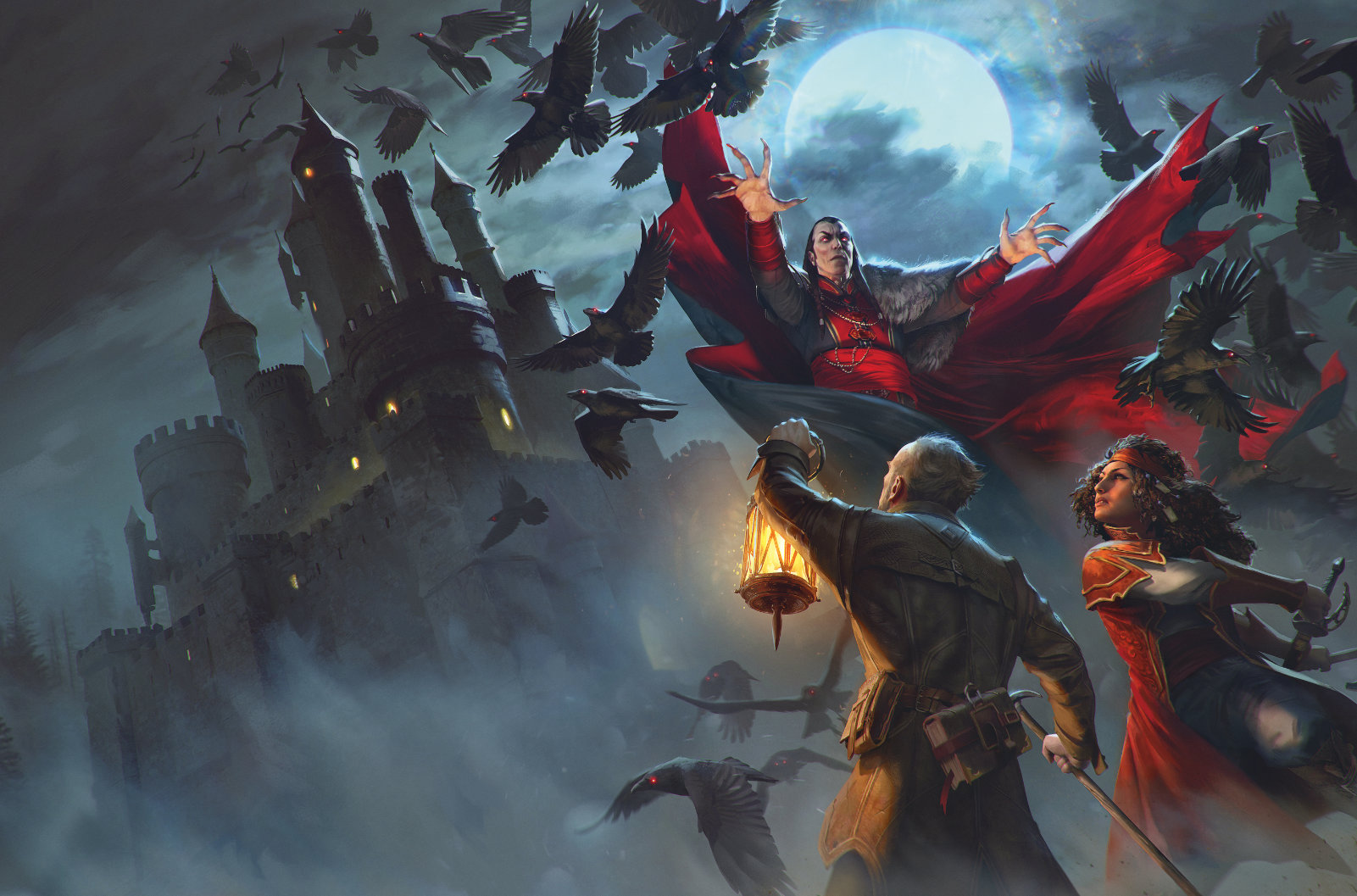 The section on creating your own Darklord and accompanying Domain of Dread  as well as the descriptions of thirty-nine example domains will prove to be inspiring to even the most jaded of DMs, but if you’re looking for boss monster stat blocks and meticulously crafted maps and scenarios, you may be disappointed—this book is laser focused on crafting horror–themed adventures, and climactic battles with a “big bad” at the end of a campaign or adventure just isn’t very suspenseful or scary. While many of the ideas and concepts outlined in the creation section will be useful to help build out horror adventures, the example domains will likely be the most inspiring and ultimately very informative. For instance, reading through the descriptions of the domains led us to think about how much physical distance plays a role in the horror genre and how the size of a domain has a role in the way a nightmare scenario plays out. Keeping the domains small helps keep the horrors concentrated. But more importantly, bounding the domains with the mysterious Mists controlled by the inscrutable Dark Powers gives players and DMs the opportunity to experience horror in bite sized chunks. Here, DMs are able to take players from their current world and plop them into a nightmare world, either from the book or one of their own creation, and when everyone has had enough of being scared, they can be plopped back home. VRG helps set that up and then guides the DM in making it all scary.

For those groups that don’t want to derail their current campaign to experience a little bit of horror, VRG offers enough information and options for the creation and running of one shots, or short two to three session adventures that can be played with their current PCs (kidnapped by the Mists!) or with some brand new ones spiced up with some of the delightful PC—centric content. And for those who want to build some content on the fly, there are tons of tables in the book to roll on for randomly generating just about anything in the book. 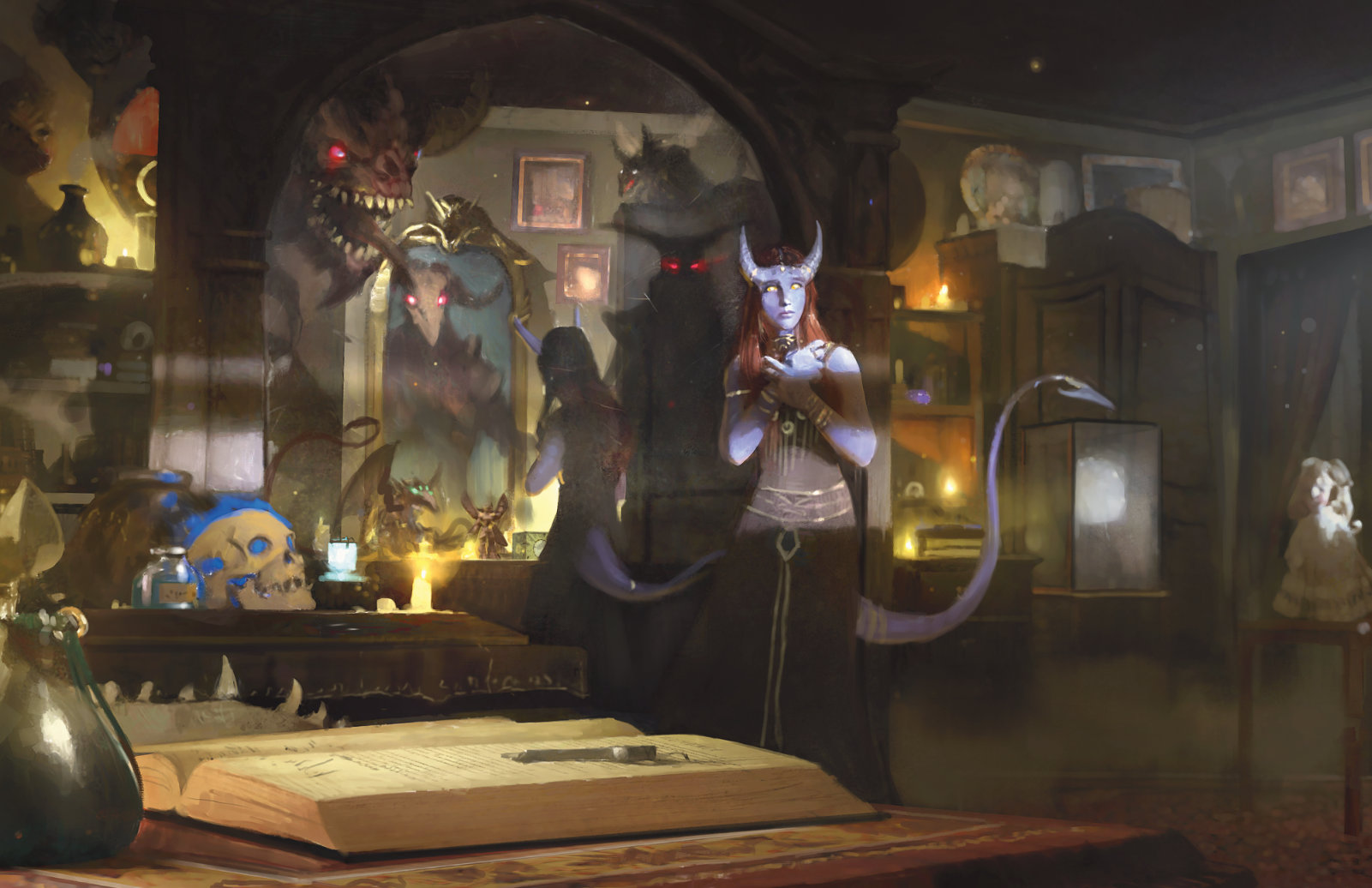 Nothing in the book is truly horrifying or inappropriate for teenagers and up. There is some content that might be a little bit much for younger kids, especially some of the monster art, but overall, the book is accessible to pretty much anyone and the content, while designed to help engender a horror experience, is not horrifying on its own. This is an excellent book that leads us to ponder what else could use a treatment like this… comedy, perhaps?

For an even more in–depth discussion of Van Richten’s Guide, check out the episode of Up Your Game above, and come watch us Sunday nights at 6 PM PST on twitch.tv/gamingtrend

Van Richten's Guide to Ravenloft is an ambitious 5E sourcebook that leans heavily into roleplaying rather than continuing to complexify an ever expanding ruleset well into the edition's lifespan. Presenting a brilliant breakdown of the different subgenres of horror, this book provides tools and inspiration aplenty for player and DMs to collaborate on narrative adventures that are engaging, suspenseful and yes, even scary.