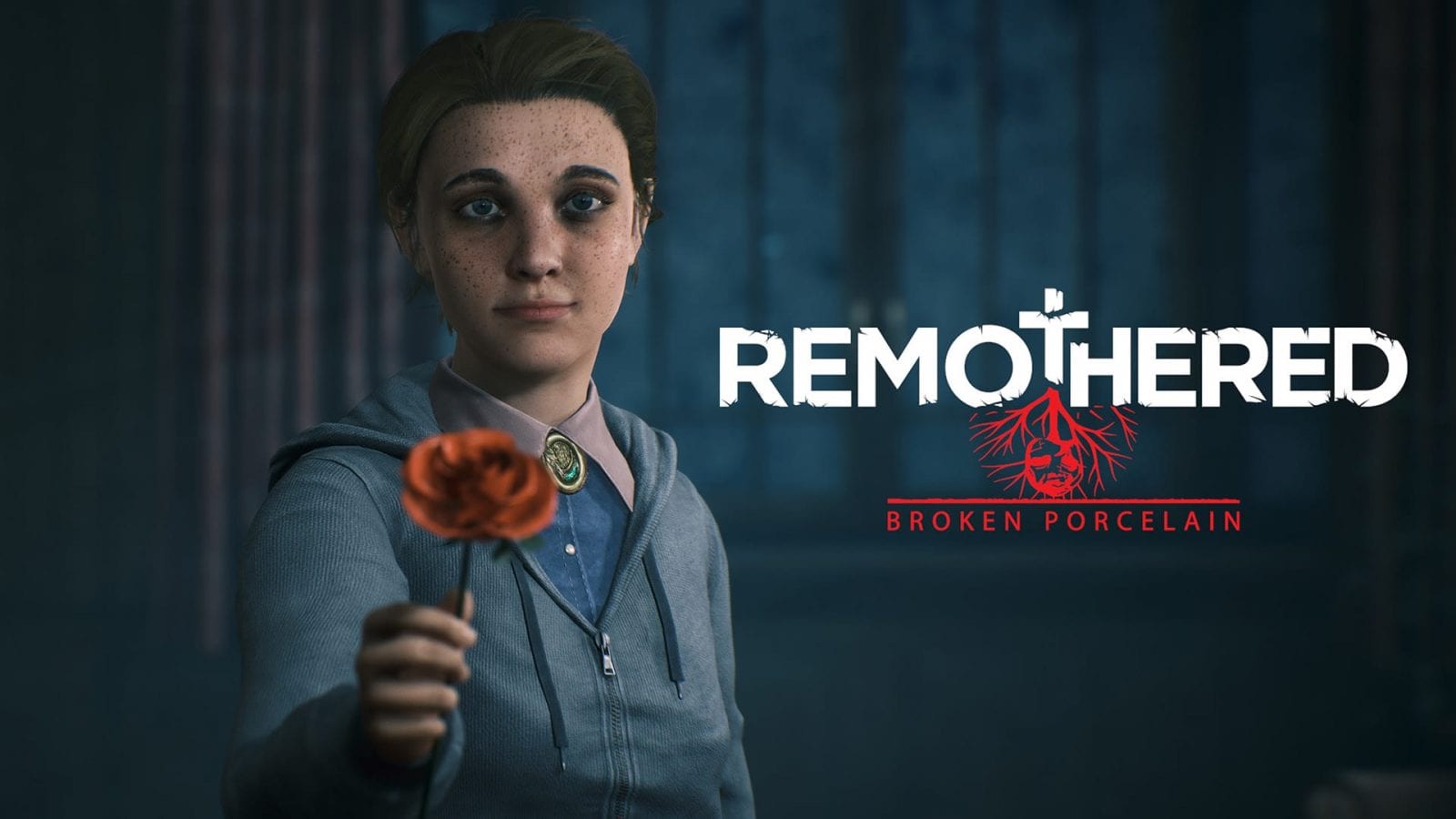 Remothered: Broken Porcelain is the spooky sequel to Remothered: Tormented Fathers. No, wait — it’s the prequel to — no, hold on. It’s just another revamped version of Tormented Fa- wait, what is it? Oh well, let’s just start the review.

Remothered: Broken Porcelain is a video game that is loosely and abstractly related to Remothered: Tormented Fathers, which is also a video game. In Broken Porcelain, you play as Jennifer – a young woman with a mysterious past who has been sent to a creepy hotel called the Ashmann Inn to work as a maid. After discovering a dark presence in the hotel, she begins to unravel the secrets of the haunted manor and must fight for escape and for her life.

I hadn’t played Tormented Fathers before booting up Broken Porcelain, so I read a quick synopsis of Tormented Fathers to be sure that I could follow the story. This did not help. The story is far too confusing. Frequent jumps between time and characters that go by more than one name and have unclear motives combined to jumble the timeline and made me constantly second guess what I was doing. The game relies on cutscenes to help move things along, but they all end suddenly and don’t clear much up at all. The best moments in the game are the ones that heavily involve both Jennifer and her best friend Linn – there is some well-written dialogue carpet-bombed throughout their interactions.

Most of the game is set in the Ashmann Inn, which is legitimately creepy. It’s dark and made up of lots of horror movie cliches, so it’s bound to have at least one element that will spook every player. If you look for it, there is some nice detail to micro pieces of the world, like the lamps and picture frames on furniture, and pens and papers on desks, etc. There’s nothing exceptional about the setting, but it accomplishes its goal. 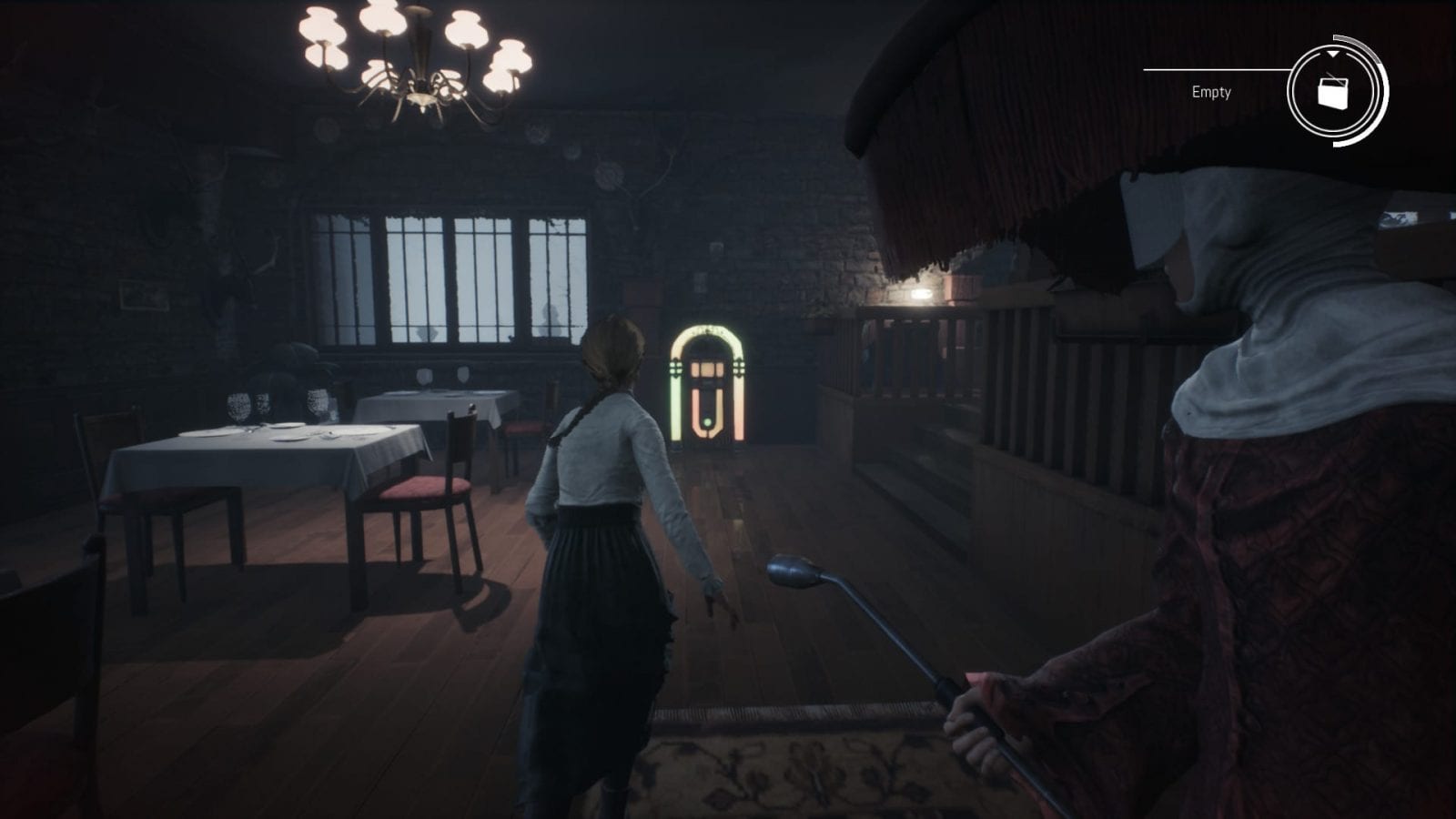 Some of the sound effects are effective, like Jennifer’s footsteps, but there are also lots of moments when some sounds play louder than they’re supposed to, or sometimes the sound even cuts out completely. The developers needed to be more careful with sound than they were because it’s crucial for gameplay. Sometimes, you have to rely heavily on stealth to complete objectives. I found that, too often, my targets detected me even when I’m being quieter than a mouse’s sneeze. On the flip side, Jennifer speaks out loud to herself throughout the game to help you keep track of the plot and your objectives, and she often does so really loudly – so loudly that enemies you’re hiding from should EASILY hear it, but they never do. The quality of the voice acting in general has its ups and downs.

It’s not fun moving your character around the Ashmann Inn. Character movement animations are very square and weird, so combat and most other character interactions look awkward. The game uses little white dots to indicate an object that can be interacted with, but a lot of times, buttons were unresponsive while I was trying to do something, which always led to frustration and, occasionally, death. I also found several invisible force fields around some items, and it’s way too easy for you to accidentally get stuck between a wall and another character.

Overall, there just isn’t much to say about Remothered: Broken Porcelain. Almost every aspect of the game disappoints, so you tend not to focus on any one thing while playing. The story was incredibly confusing, but everything else was pretty bad, too, so I didn’t even care. It feels incomplete and not paid attention to.

Tim, originally from where Fallout 76 takes place, is a writer, soccer player, cook, baker, and of course, gamer, just looking for his teammate-in-crime. When it comes to gaming, he enjoys long walks on the beaches of Normandy. He loves traveling, especially fast traveling because it saves lots of time. He's 6' 4" so he's saving up for an XL standing desk for his TV and Xbox. He's just as comfortable going out on adventures as he is staying in with a glass of Nuka-Cola. He's very easy-going, or peaceful-going, or whatever the easiest difficulty is called. If you want him to, he'll tell your parents you met him at the Winking Skeever.
Related Articles: Remothered: Broken Porcelain
Share
Tweet
Share
Submit