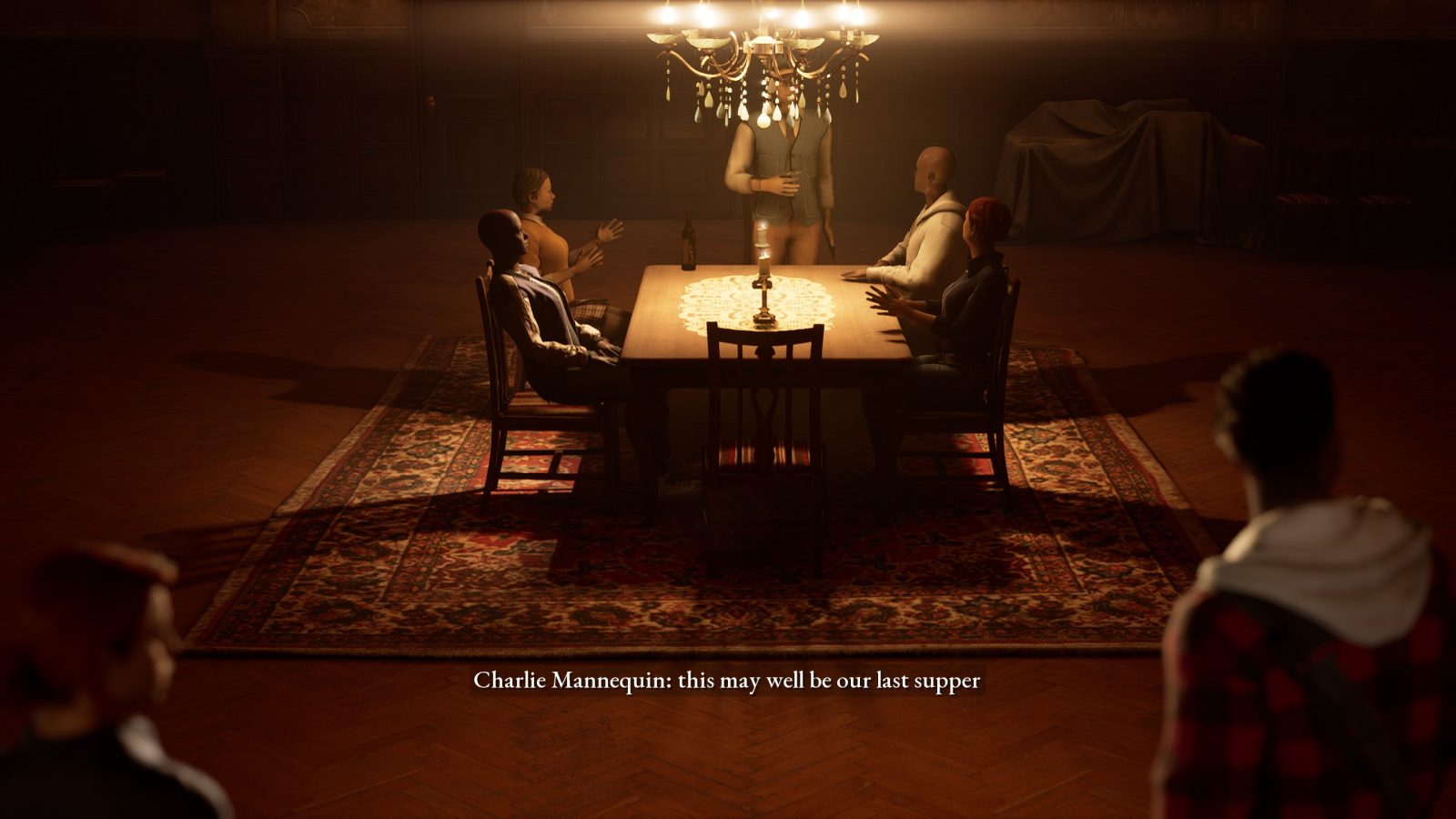 H. H. Holmes was America’s first and deadliest serial killer. With over 200 deaths to his name, his victims were trapped and killed within his World’s Fair Hotel, which became known as the Murder Castle because of it’s labyrinthine halls containing myriad traps. The monster was finally caught in 1894 and put to death in 1896. In the present day, a documentary crew receives an invitation to cover a replica of the hotel, but they quickly find that this imitation is all too real…

The Dark Pictures Anthology: The Devil in Me is the fourth game in the series, so you should know how this goes at this point. They’re smaller, choice based horror games releasing roughly around the same time every year. The inaugural “season” began with Man of Medan, a decent enough game that had way too many technical problems to enjoy and wasn’t scary. This was followed by Little Hope, a much more solid effort completely ruined by a bad twist at the end. Once again, not very scary – and I remind you that, as always, I am a coward who gets spooked by just about anything. House of Ashes, while still not scary, leaned hard into the b-movie camp with an incredible twist and finale held up by some great characters and a weirdly nuanced take on the War in Iraq. Finally, we have The Devil in Me which may just become the best of the lot. This game, and I say this having played with my hard to frighten sister, is absolutely terrifying.

The Dark Pictures Anthology: The Devil in Me Gameplay - PC [Gaming Trend]

Just like previous games, you (along with a few friends if you please) control five characters in a linear story with the goal of getting them all out alive… or the opposite, I suppose. This is mainly done through choices, either in dialogue or certain, more specific moments. You’ll also explore some environments to solve puzzles, find collectables, and advance the story. Exploration has several new mechanics this time around. In addition to finding premonitions of future events, you can also collect Obols – coins that can be spent to unlock rewards in the game’s model viewer. You’ll also be asked to climb and move certain objects to “platform” and solve movement puzzles like moving a bookshelf between two points to jump across and reach another area. Personally, I didn’t feel these added too much to the game as they’re all very simple, but it is nice to be able to interact with the environment in a deeper way.

The most exciting addition comes in the form of each character’s inventory. Each character you play as can use whatever they’re carrying with them in interesting ways, for example the director Charlie has a lighter for his flashlight and can use his business card to open certain locks. Meanwhile, as the camera man Mark uses the flash of his camera to briefly see in the dark, his Monopod to reach normally out of reach items, and can take pictures for a use I won’t spoil. At first, this seemed like a fun way to differentiate each character, but we came across a scene while playing as Erin, the audio engineer, that truly elevated this mechanic to another level.

The Devil In Me Steam Deck Gameplay - PC [Gaming Trend]

Erin’s main tool is her directional microphone, which you can use to follow sounds in the distance. Initially, you hear someone crying and go to investigate. As you focus more on the sound than where you’re going, you’ll quickly get turned around in the hotel’s corridors until, wait, this was a dead end before. There wasn’t a wall there last time. Now the crying has turned to a child’s scream and… voices you recognize from earlier that evening. Then the lights go out, and you’re forced to navigate by sound alone until you come across the most terrifying thing so far: a single, perfectly lit room. This is some incredibly effective horror that sets the tone for the rest of the game. The crew is trapped here, at the mercy of whoever is controlling this maze. As a coward, I hated playing this, but that just means the game is doing its job and doing it very, very well. This scene alone is some of the most effective horror I’ve seen in years and it keeps that momentum going.

A lot of that comes down to the excellent sound design. The hotel is old and still under construction, so it creaks and moans in a way that will have you constantly on edge. There are a few jumpscare stings, but what you’ll mostly be frightened by is the tension of something possibly being around the next corner thanks to weird sounds that you may have actually just imagined. I actually refrained from interacting with some objects because I just knew whatever was making those sounds was something I didn’t want to see. The game relies less on individual moments of terror, and more on a constantly building tension that will plateau for a moment in scenes of danger or death, then continue rising. 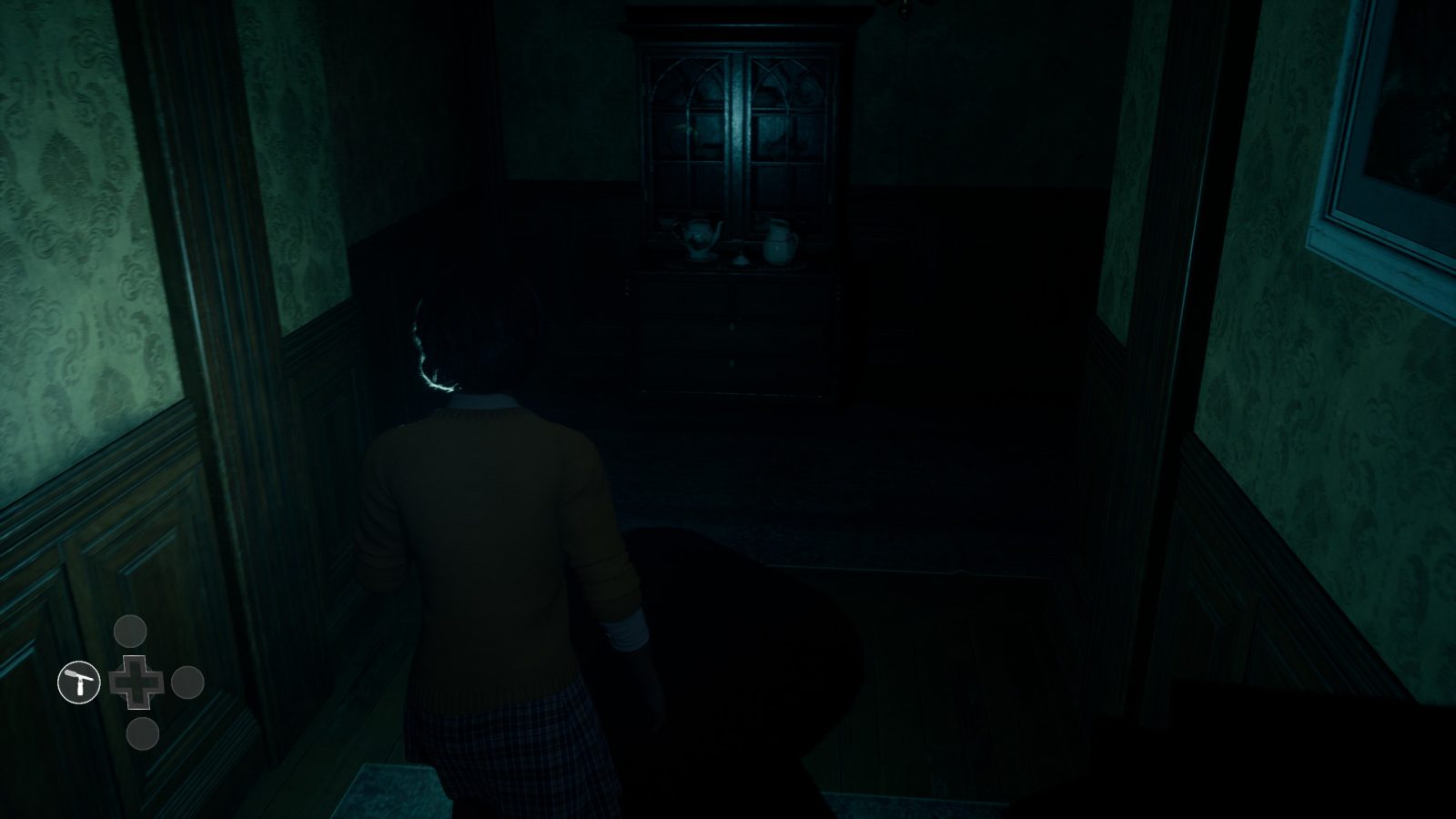 Until, that is, about the last hour of the game. The mystery is reaching its climax, but if you keep everyone alive up until this point things kind of fall apart beginning with a moment where, to survive, you are forced to do something I consider unconscionable and completely unnecessary. This single moment, without a doubt, will ruin the entire game for quite a lot of people considering how popular accounts like “Can You Pet the Dog” are. On top of that, however, is the finale where once again the lives of every character comes down to a single quick time event. Thankfully it’s not as bad as the distributor cap incident in Man of Medan, but it still sours the entire game regardless.

It really is a shame how the ending can ruin what is otherwise some of the best horror in years, but it comes with the territory in a choice based game. If your choices are disregarded in the end, it cheapens the rest of the experience. As a final note, the game had quite a few distracting technical issues on PC with audio retaining effects like radio artifacts between scenes, character animations jumping between poses after loading, and certain textures loading improperly at times. While the game looks fantastic, especially with ray tracing effects turned on (for reflections and some shadows). There were also several moments where a controller input would register improperly, which is a big no when QTEs here literally mean life or death.

The Dark Pictures Anthology: The Devil In Me

While The Dark Pictures Anthology: The Devil in Me contains some incredibly effective horror, it has the rug pulled from under it by a flubbed finale and some immoral choices the game considers “correct.”

David is the kind of person to wear his heart on his sleeve. He can find positives in anything, like this is a person who loved Star Fox Zero to death. You’ll see him playing all kinds of games: AAAs, Indies, game jam games, games of all genres, and writing about them! Here. On this website. When not writing or playing games, you can find David making music, games, or enjoying a good book. David’s favorite games include NieR: Automata, Mother 3, and Gravity Rush.
Related Articles: The Dark Pictures Anthology: The Devil In Me
Share
Tweet
Share
Submit