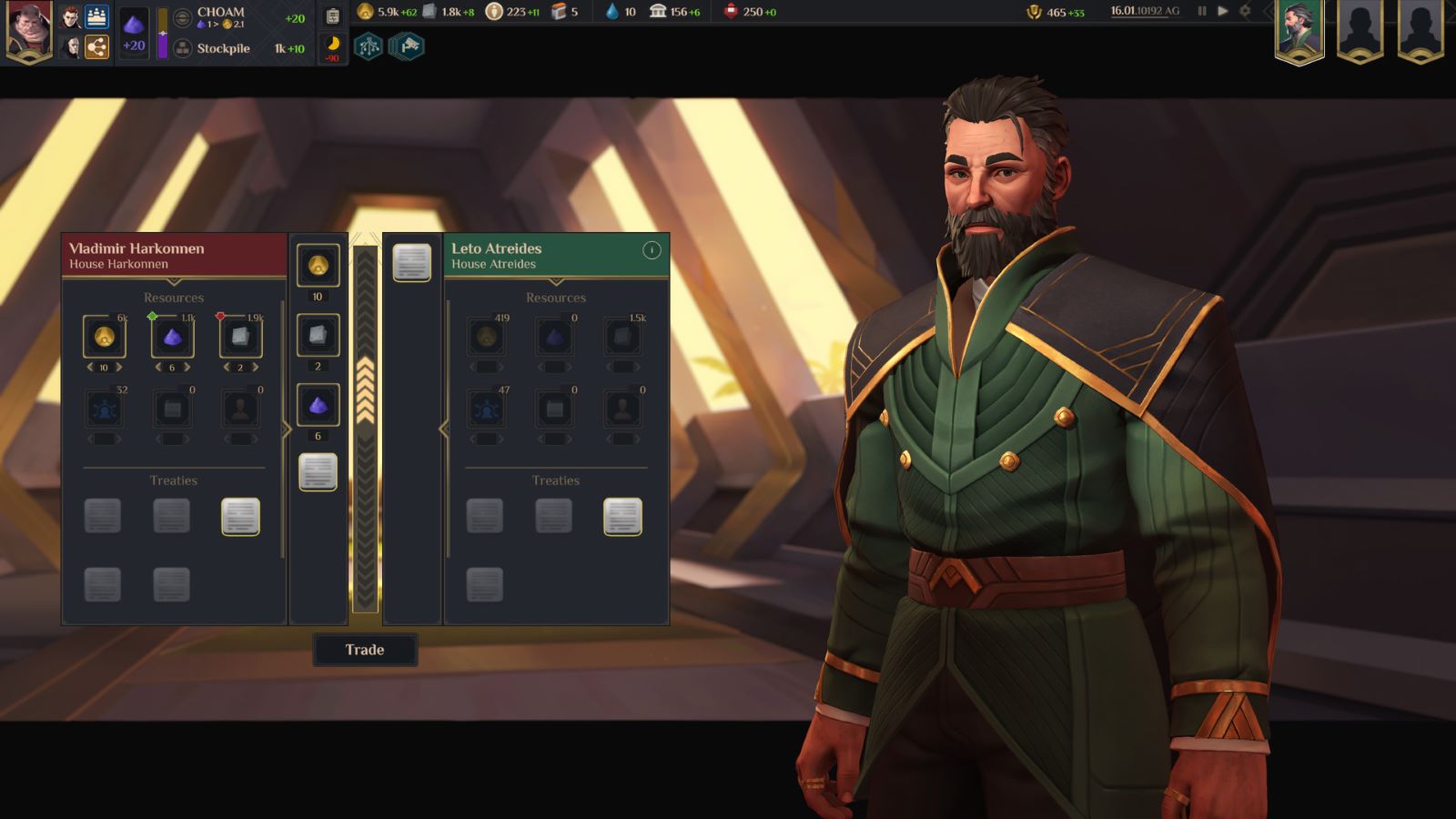 Dune: Spice Wars is dropping their third major update which bring new improvements and an entirely new way to engage with gameplay. Flying units are making their way into Spice Wars along with spy missions and the new Spacing Guild mechanic. The RTS hit also makes its way to PC Game Pass, and as of this writing is 20% off on Steam. Check below for details and more:

Dune: Spice Wars, the 4X real-time strategy game from Northgard developer Shiro Games and co-publisher Funcom, is today launching its third major Early Access update. After adding multiplayer and the Imperial House Corrino faction in the previous update, Shiro Games is excited to significantly expand the game yet again by adding a whole new dimension to combat with flying units, along with a long list of other improvements and additions across every aspect of the game.

Shiro Games and Funcom are also thrilled to announce that alongside the new update, Dune: Spice Wars has now landed on PC Game Pass!

Flying units add a new layer of strategy to the battlefield, letting you balance desert power with air power using the new Ship and Frigate units, capable of traversing the map without fear of sandworms. While combat may see the biggest changes, the additions and improvements touch on every aspect of the game.

As the most recent Dune game and the first in two decades, Dune: Spice Wars weaves the universe’s deep lore and themes into its gameplay. In the Air & Sand update, players see the expansion of several of these mechanics, such as spy missions, political resolutions, and brand-new Spacing Guild mechanics.

Additionally, balancing has been tweaked, quests updated, the UI and multiplayer chat system improved, new village features and Sietches added – the list goes on. Gather intel, garner political authority, make plans within plans within plans, and predict those of your opponents. The Spice War rages on.

Dune: Spice Wars is available on PC game Pass and is now 20% off on Steam. Experience the innovative blend of 4X and real-time strategy on the legendary planet of Arrakis and join forces or compete for the spice with friends in multiplayer. Discover more on https://spicewars.dunegames.com.