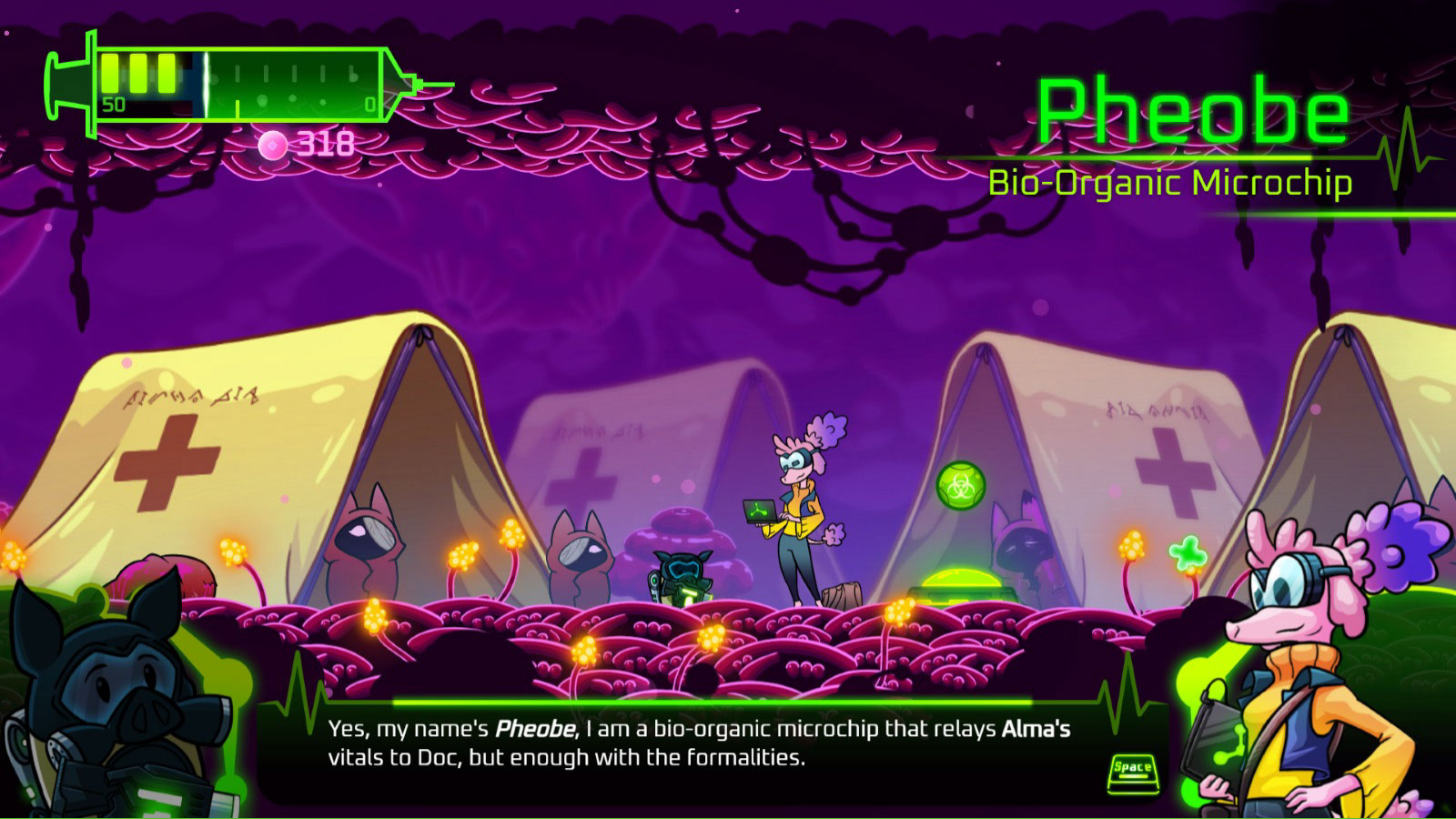 Ambitious and driven indie studio Ravenage Games is looking to make an impact with a compelling lineup for its 2023 slate. Four titles were shown during the preview, each unique and distinctive in their own individual way. Biogun and Daydream: Forgotten Sorrow in particular, look to solidify Ravenage Games as a force to be reckoned with. As an added bonus, free demos are available now for each game on Steam! Videos and key features of each game will be below for your enjoyment:

Masterplan Tycoon is a real-time strategy game about building interconnected chains of resources in a minimalist visual style. The game is set to arrive on PC via Steam in Q1 2023. A free demo is available now on Steam.

--Supply chains must be configured in particular ways and can’t cross buildings. The more nodes you have, the harder it is to connect them.

--The game immerses you in its core mechanics and opens the world gradually.

--The main challenge of the game is to colonize all available territories and create the largest system you can ever imagine.

--You will not encounter a situation where you have to start the game over because of mistakes you made along the way.

--A touching story made for everyone

--A charming and mysterious universe

Untamed Tactics is a narrative-driven turn-based RPG developed by Grumpy Owl Games set in the universe of hit card game Untamed: Feral Factions. Players will battle while reliving the memories of a retired rabbit general named Greycoat – a disgraced soldier who is about to become the leader of the free animals and their hometown. Alongside his crewmates Lynn the fox and Mortimer the chameleon, Greycoat is stepping into the primal land of the Wilds – a beautiful yet dangerous world ruled by its own laws and customs.

--Tactical combat: Smart power management and far-sighted positioning will be your key to victory

--High replayability: Explore a wide range of strategies, combos and character builds in a procedural world

--Bright and colorful hand-drawn 2D world with anthropomorphic animals based on the universe of the popular card game Untamed: Feral Factions.

--The Parley feature allows you to negotiate with your enemies during combat. Use your deck of Parley cards to unlock special effects that can change the tide of battle!

--Discover a new story: Help Greycoat regain his honor by confronting the past and the many threats of the Wilds.

BioGun is a colorful, hand-drawn Metroidvania developed by Dapper Dog Digital. Players will embark on a journey to save the entire canine species from an extinction caused by the sinister Dooper Virus. Inject yourself into a zany world of germs, cells, and winding passages full of vibrant characters and ferocious bosses with a story that takes place inside our beloved pets.Face viral threats and twisting corridors on your mission to save man’s best friend from the inside. Will you be the vaccine to save dog-kind from extinction, or will DocX have to return to the drawing board?

--Blast your enemies with an impressive array of weapons. Augment your DNA and modify your playstyle using Nano-Chips. Take on bosses inspired by real diseases in uniquely designed encounters.

--Complete side missions. Explore each organ to earn rewards and learn about the life forms that live there.

--You will be accompanied on your mission by a blood-pumping score by Juhani Junkala.

--Save humanity’s best friend. Prove that you’re the vaccine that can put an end to the pet-demic.