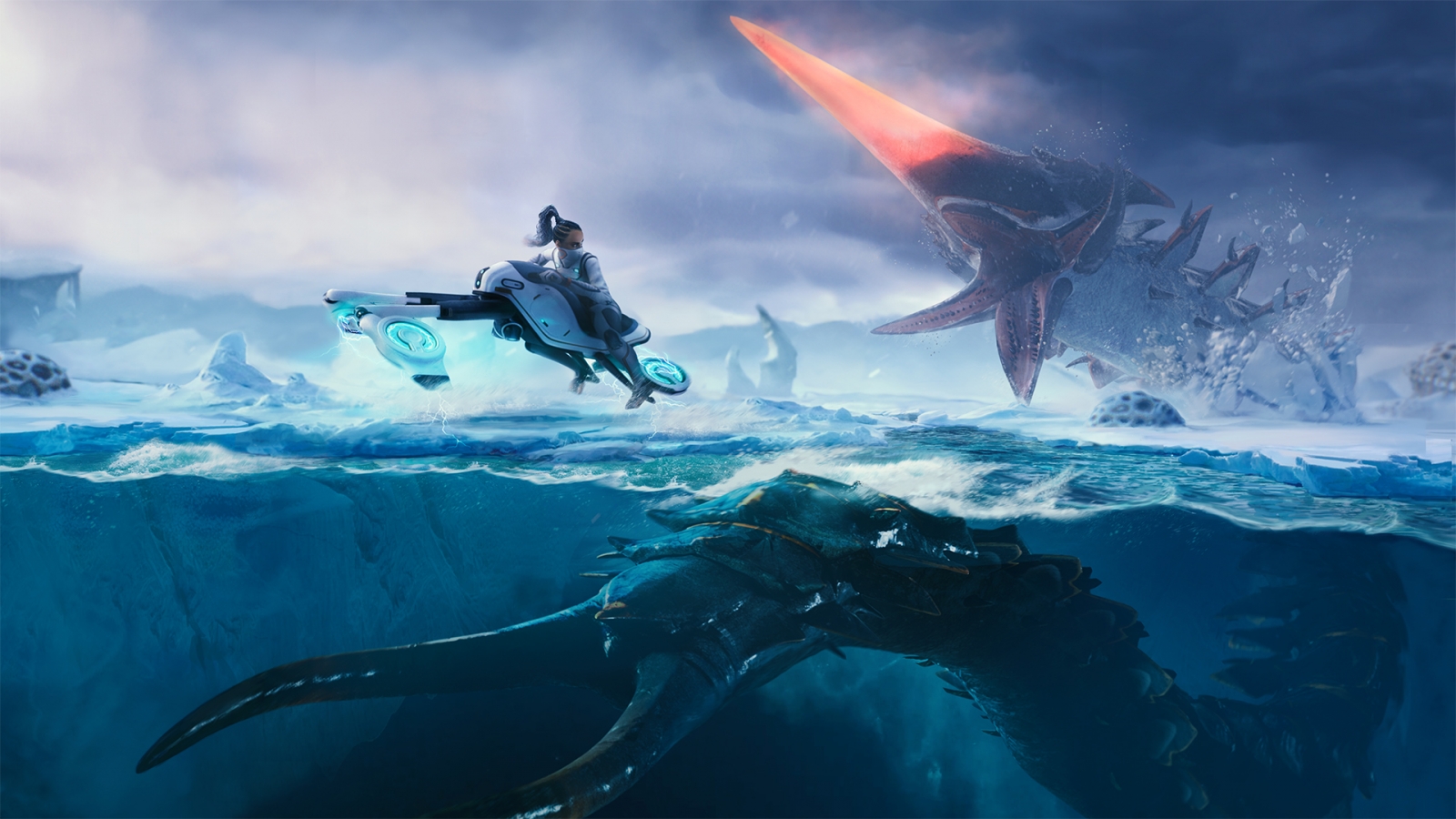 Going into Subnautica: Below Zero, I was pretty excited. I’d heard rumblings that it was at least as good, if not better than the original. I’ve spent a lot of time with Below Zero now, and have seen a ton of what the game has to offer. I’m happy to say that while it’s not quite as expansive as I was expecting it to be, it’s still a brilliant survival game with a wealth of building and exploration to sink your teeth into. That being said, on the PS5 version I played, there was certainly quite a bit of frustration both from a gameplay and technical perspective. Be prepared to overcome some mostly minor annoyances if you want to see everything that Subnautica: Below Zero has to offer.

This time around, aptly named developers Unknown Worlds Entertainment decided to include a fully voiced protagonist and a more in-depth story to follow. You play as Robin Ayou, a researcher who travels to Planet 4546B to uncover the truth behind the death of her sister, Sam. The game kicks off with you crash landing on the planet where you’ll need to forage for supplies and craft some basic gear before beginning your search.. There are essentially two stories running in parallel, the hunt for your sister and the quest to uncover the secrets behind an ancient alien race called the Architects. No spoilers here, but I didn’t really engage with the story all that much. The vast majority of it is told through voice recordings and logs, and it was a little confusing to me. In fact, I’m fairly sure I did some of the story beats out of order, which only added to my sense of confusion. If you like this style of storytelling you might engage with it more than I did, and while it didn’t detract from my overall enjoyment of the game, it didn’t really add to it either. Thankfully, the game doesn’t impose a story on you all that much, rather it helps you navigate the world and is there for you to dig deeper into if you want it. 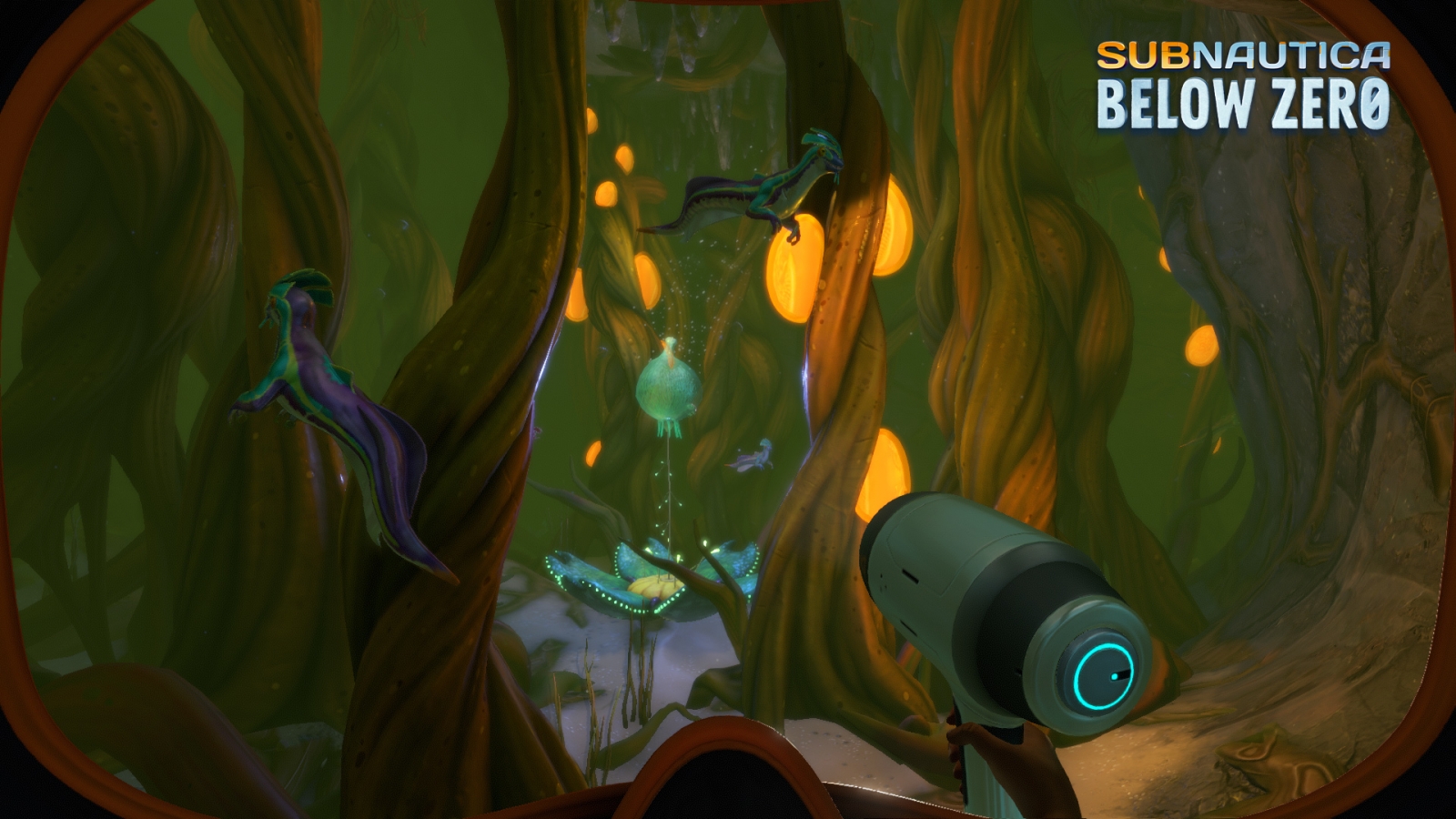 At its core, Below Zero is a survival game that contains all the elements of the genre we’ve come to expect; foraging, building, and exploring. What sets this game apart, however, is that the majority of your playtime is spent underwater, with the goal of traversing deeper and deeper into the depths to discover both the treasures and horrors that await below. In this aspect, Below Zero absolutely nails it. The locations you will explore beneath the waves are spectacular sites to behold, from submerged kelp forests to underwater volcanoes. Through various upgrades to your gear – such as increasing the capacity of your oxygen tank – you will be able to survive for longer and thus explore deeper and deeper, where both the treasures and the biomes progressively more exciting.

Land exploration is a bigger part of the game this time around, and while you’re ultimately going to spend far less time on land than in water, I found this aspect of the exploration far less exciting. Bar a handful of interesting locales, there’s simply very little to look at on land in comparison to the colourful and exotic underwater biomes. While on land, you will need to keep an eye on your temperature – if you spend too much time exposed to the cold you will contract hypothermia and die. There are plenty of ways to keep warm – such as sheltering in a cave – so it never really leads to a heart-pounding race for survival like it does when you get lost in an underwater cave. The other gimmick land exploration has is weather effects such as hail, fog, and snowstorms. While they look pretty cool the first few times you see them, they don’t end up being more than slight annoyances, which is a shame because Unknown Worlds could have used these weather effects to liven up the on-land gameplay a bit more.

No survival game is complete with base building, and Below Zero is no different. Within the first few hours of the game you will be able to construct your very own underwater base, which will be vital to your success. The building mechanics are not particularly groundbreaking, but they don’t need to be. Bases are made up of interlocking parts – sort of like pipes – that you connect together, with some larger components making up the rooms. In these rooms and corridors you’ll be able to craft essentials like the Fabricator to build tools and cook food, lockers to keep your resources safe, and charging stations to charge your batteries. There is plenty of cosmetic stuff to build as well – just as long as you can find the blueprints first. As mentioned before, I didn’t get too far with the original game so I’m not entirely sure what’s returning and what’s new, but I get the impression that the base building element of the game has much more variety this time around.

Some of the most exciting things you will craft in Below Zero are the upgradeable vehicles, without which you’ll have no hope of getting very far. There are three this time around: the Prawn Suit, an underwater mech designed to be maneuvered through tight spaces; the Seatruck, a submarine of sorts; and the Snowfox, a hoverbike for traversing land. You’ll be using the Seatruck most, as this will be your primary mode of transportation, and there are several upgrades you can earn to it to make it more useful. The Prawn Suit, while super cool to look at and move around in, isn’t super useful beyond being able to mine large amounts of ore with, and the Snowfox does make traversing land more bearable, but it just controls terribly. I think some work needs to be done there to make it more enjoyable to drive. 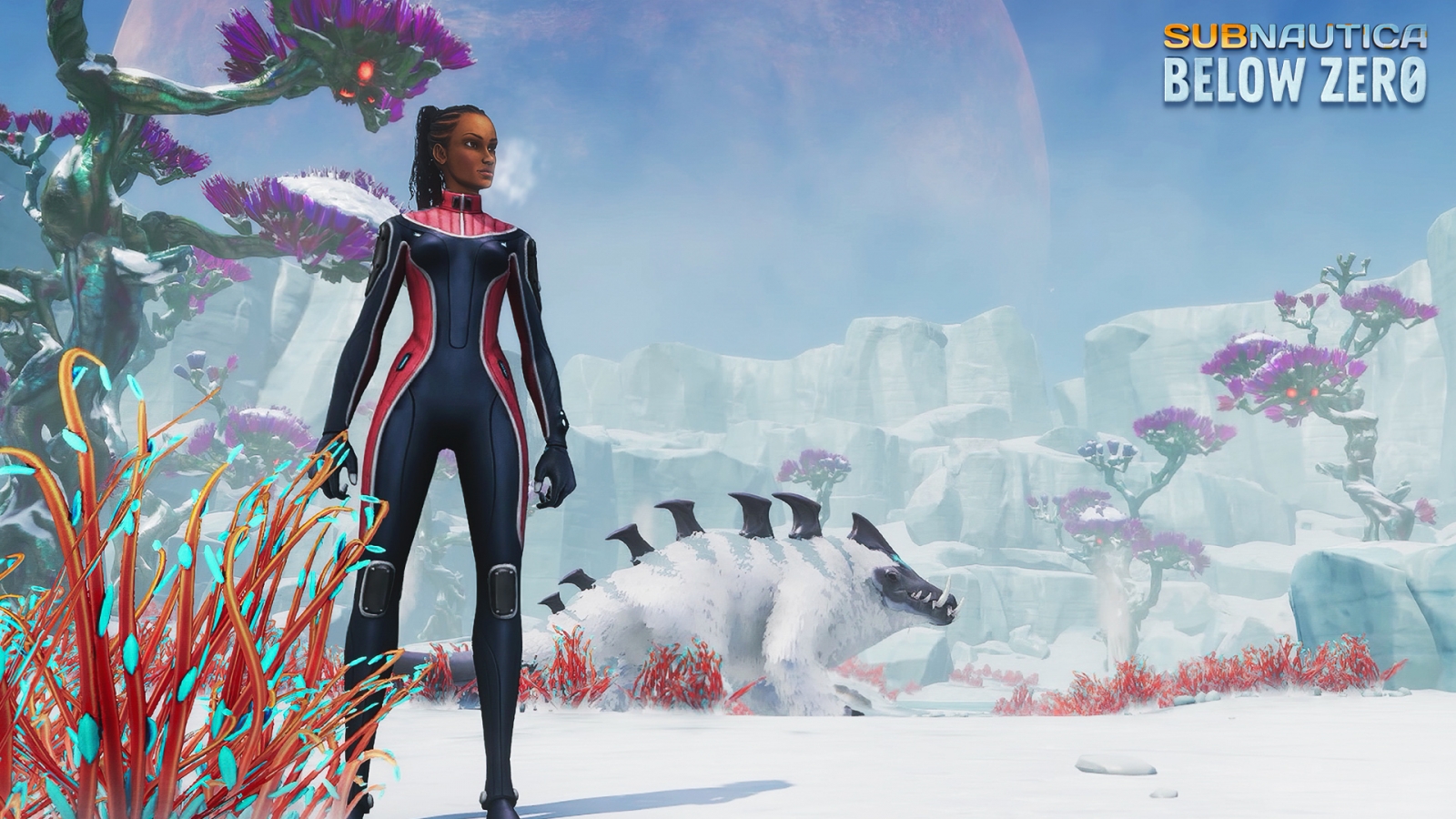 In order to craft your goodies, you’ll need to scour the seabed for materials. These come in the form of stones, gems, and precious metals, as well as plantlife and other miscellaneous resources . As one might expect, the deeper you go the more sought after materials you’ll find, and you’ll be able to harvest these to craft cooler additions to your base and stronger upgrades for your vehicles. In addition to managing your breath underwater and temperature on land, you will also need to hunt for food and drinking water. This is fairly straightforward – you can catch fish simply by swimming up to them and pressing ’X’ and then cooking them to replenish your hunger bar. There’s also a certain type of fish – the Bladderfish – that is easily found and can be turned into drinking water. Alternatively, you can eat certain plants, and there are other sources of food to be found in shipwrecks and abandoned bases scattered around the world. While resources are generally plentiful and not too difficult to find, I really struggled to find lead. I needed it for various vehicle components, and there didn’t seem to be anywhere near enough of it scattered around. In fact, I found it significantly easier to find gold and diamonds, and I’m not sure if that should be the case!

Other than lead-gate and bland surface exploration, I don’t have many complaints about the gameplay – Below Zero truly is a joy to play. There are, however, a number of pretty glaring issues on the technical side of things in the build I played on the Playstation 5. I didn’t encounter any game breaking bugs, but there were some incredibly frustrating ones, such as vehicles getting stuck on and in between terrain. The sound – while mesmerizing and times – will often cut out completely for a second or two which damaged my immersion quite a bit. While Sub Zero targets 60fps, it unfortunately fails to meet this target consistently, often dipping to what feels like the 40s and occasionally even lower. This was quite a big disappointment because I genuinely thought the game would be at a buttery smooth 60 while running on the PS5’s powerful hardware. Oddly enough, the framerate tanked the most on land, which is strange because there wasn’t usually a lot going on to put stress on the system.

Perhaps my biggest gripe with Below Zero is the lack of autosave. I don’t understand why it doesn’t have this feature, as there really isn’t a reason that I can see to omit it. Make sure you save often, as I lost several hours of progress due to the game crashing which didn’t feel great at all.

However, when all is said and done, Subnautica: Below Zero is a pretty fantastic game and I have no concerns about recommending it to fans of the survival genre, and this one might even convert those who aren’t.

Technical issues and autosave woes aside, I’ve really enjoyed my time with Subnautica: Below Zero. While the story beats are pretty hit and miss, and there are quite a few bugs and technical issues to contend with, the core gameplay of building and exploring is addictive, and in many instances provides that child-like sense of wonder that many games aim for but struggle to achieve.

Kristian (or Kris for short) is a copywriter by day, button presser by night. Based in the UK, Kris loves any game that allows him to swing a sword, fire an arrow, or sling a ball of fire, but ultimately he's not too fussy. On the rare occasion Kris isn't writing or gaming, you'll probably find him in the bath with a good book.
Related Articles: Subnautica: Below Zero
Share
Tweet
Share
Submit