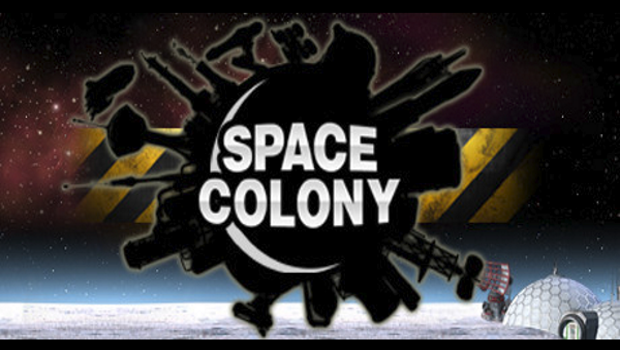 If you have played Space Colony before then let me assure you that this is the same game you’ve played before. If a set of extra campaign missions, tweaked easy difficulty, and Steam Workshop/Cloud/Trading Card/Achievements are worth the asking price to you, then you have no reason not to buy the Steam Edition.

This revamp of the 2003 life simulation game shares a lot in common with The Sims. However, Space Colony has a few key features that makes it my preferred of the two.

That’s not to imply the two are hugely different. You’ll find yourself doing a lot of the same things in Space Colony that you would do in a Sims game – managing the needs and happiness of people, for instance – it’s just that the changes that are made to the formula here are enough to make them feel that way. The most obvious change is featured right in the title, the setting. Whereas The Sims will generally put you in some normal, real-life town, Space Colony puts you in a science-fiction setting where you are managing the needs of colonists on far-flung worlds.

Every mission has a small briefing segment to introduce you to your current goals and new team members.

Space Colony’s biggest difference from other life-sim games is the addition of goals. In its campaign and even in its more open Galaxy Mode, you’ll need to accomplish a set of objectives that lead to a clearly designated end-game.

Whereas The Sims will let you do whatever you wish and set your own goals, Space Colony sets them for you and lets you decide how to get there. The early sections of the campaign hold your hand for a bit, but you will quickly find yourself with a large number of colonists to manage, objectives to accomplish within a limited time, space restrictions, etc. As your colony expands, the difficulty will ramp up and your colony will demand even more of your attention. The difficulty level setting is helpful for those that don’t appreciate the ever-escalating challenge.

The colonists are also quirky and defined characters. As you progress in the campaign, they will often send you (their manager, as your colonies are business ventures) little messages commenting on progress or things they want, that you can choose whether or not you want to provide. Yes, you may be their manager but you’re free to play god with their lives… you evil person you.

There are no custom characters here, but I quickly grew to appreciate how the unique personalities of the characters gave more color and life to the experience of being their manager. There’s even an eccentric money-grubbing boss over at the fictional Blackwater Industries. Space Colony tries to play things off for comedy a lot, and often falls flat, but overall it gives the game a certain levity and charm that similar games don’t capture.

While managing the colonists is entertaining, it’s where my only major annoyance with Space Colony exists. They are basically the primary game mechanic, as managing what jobs they are working and what needs they have can be really difficult as the game steadily increases the number of colonists at your disposal. With a small number of colonists, the shift clock (which controls when they will work and gets bigger as their needs are filled) works perfectly fine. Once you get more, things get really dicey.

It can be hard to manage a lot of colonists at once.

As manager, you have a lot of responsibilities. You need to sort out and build buildings, manage defenses against alien attacks, and make sure the colonists have access to all of the facilities they need. Off-shift however, instead of filling their personal needs automatically, your colonists will often sit on their bed until their shift comes again. This leads to shorter shifts and more sitting around. The increasing amount of micromanaging you will need to perform when they should be automatically attending to their needs is frustrating, especially when you not only need to manage their needs but also their relationships with other colonists.

The relationship system is pretty arbitrary, as it boils the social dynamics of people down to something predictable. Some colonists seem to be predisposed to disliking each other, and you will often need to sit them down in social areas you set up to mend their friendship. They will magically go from being enemies one moment, to friends the next. It’s also not dramatically clear what effect relationships have between your colonists, so I ended up managing what I could without understanding why I was doing it.

The Steam Edition of Space Colony supposedly has improved visuals over both the original and HD Upgrade released in 2012, but the game still looks like it came out in 2003. This is especially true of the pre-rendered cutscenes, which are slightly stylized but still very clearly show their age. This isn’t a big problem for me, as it’s still easy to enjoy the core game even without modern visuals. The map editor is still fun to experiment with even with lackluster graphics, though it lacks the option to create scripted events.

To wrap up, Space Colony has focus and goals that make it easy to pour hours into as you find the best way to accomplish them. I’ll be having fun with this one for a bit, though I’m hopeful that the community will come up with some truly awesome mods thanks to the new Steam Workshop support.

Space Colony is a quirky and charming package that packs focus that previous sim games lack. While it’s clearly getting on in age, it’s still a timeless gem in some regards, and easy to recommend to those who have not yet played it.

My name is Niko, I'm currently 20 years old. I spend most of my time on my computer gaming as I got hooked on videos games from a young age. While my first experience with video games was with the Gameboy Color, I first got seriously into games while using the original Dreamcast and the PlayStation 1. I played many games back then, but the highlights were definitely Pitfall 3D, Pokemon Blue, Rayman 2, and Ecco the Dolphin Defender of the Future. All games that I spent many many hours on and filled the long hours where I stayed at home mostly by myself thanks to living in unsavory neighborhoods. From then on, I pursued a lot of video game consoles. I was particularly enthralled with the Super Nintendo and Nintendo 64. As I grew up further, my tastes shifted and I tried more and more games, especially after I got a PC. My first experience with a PC RPG was Star Wars Knights of the Old Republic, and it was really the game that made games an integral part of my life. I played video games a lot back then, but ever since playing KOTOR I've been a lot more opinionated and interested in games. I even entertained the idea of wanting to be a developer at multiple points, but I just didn't have the skillset. Still, KOTOR ignited my interest in video games as a way of telling stories. I loved the ways video games could tell such large and complex stories, combining the best parts of every other medium of entertainment with the unique pieces of what video games themselves offered. Now, my favorite genre is definitely RPG's. With my primary interest being the story driven ones. Though, I still enjoy my occasional shooter and action titles I enjoy mostly great cinematic titles with good stories. Though I also enjoy the Stealth, Strategy, and Action-Adventure genres quite a bit. I also think that the PC is a wildly superior platform to any console, due to the wide variety of options. Whether it be in graphics, mods, or the selection of games themselves.
Related Articles: Space Colony Steam Edition
Share
Tweet
Share
Submit