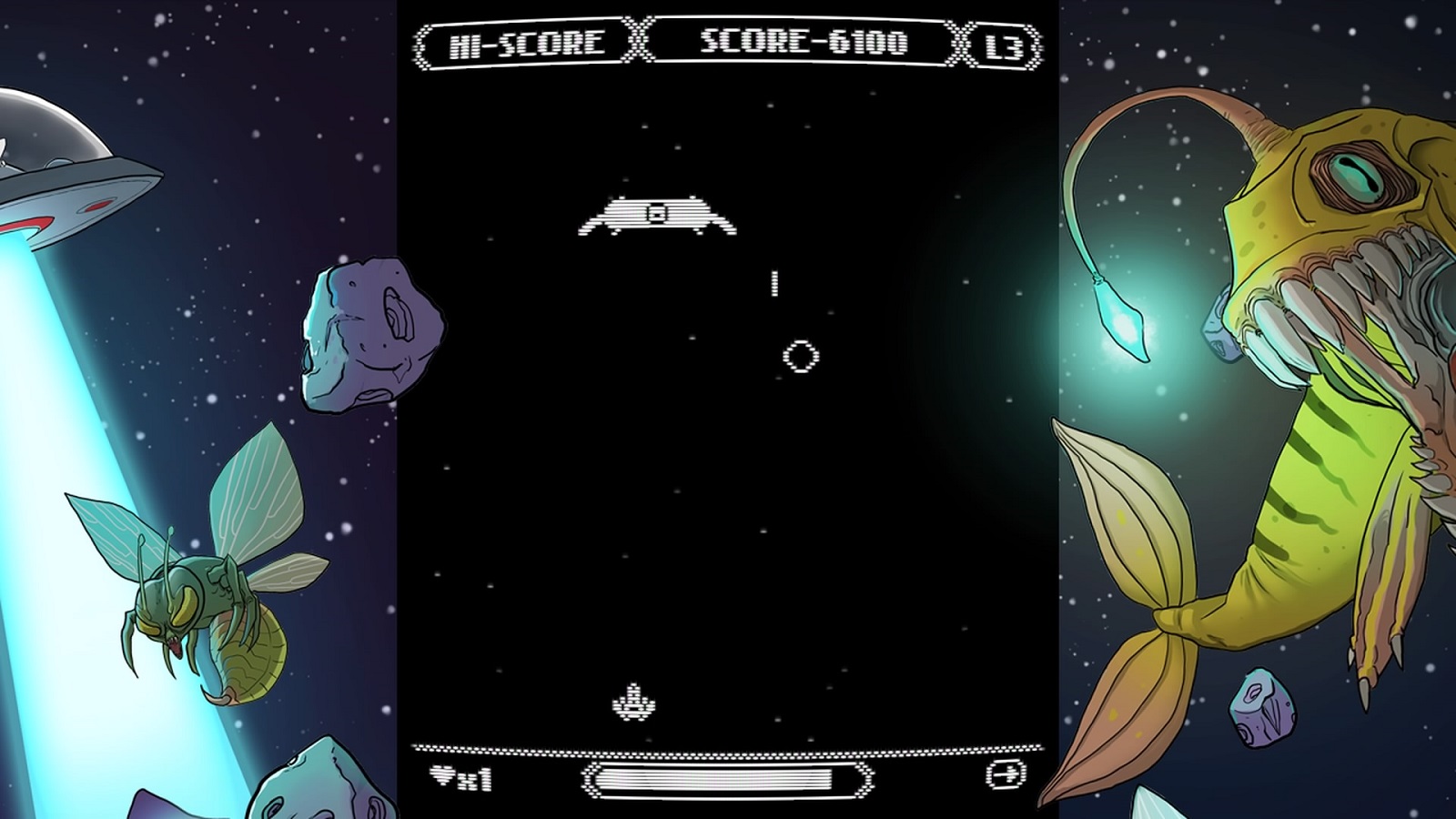 Shoot-em-ups have evolved over the years, but there’s still a market for classic vertical-style games with retro aesthetic. A while back I enjoyed Switch ‘N’ Shoot, and I really had a hankering for something along those lines. With Zeroptian Invasion, Josyan tries to make a loving homage to genre-defining Space Invaders, but unfortunately is too frustrating and generic to be memorable.

In the vein of something like Space Invaders, Zeroptian Invasion has all of its plot in the title: creatures called Zeroptians have invaded the world, and it’s up to you to destroy them. You do this through various stages of different creatures trying to kill you, with only your peashooter to help you out initially. You have just one basic shot as well as some protection in the form of walls that can block a few bullets from enemy fire (though some stages lack these). You get two lives to start with, while you do get more as you score more points. Your ship is on the bottom of the screen with your enemies inching closer towards you from the top; if even one gets to the bottom, you lose a life and have to start over again. 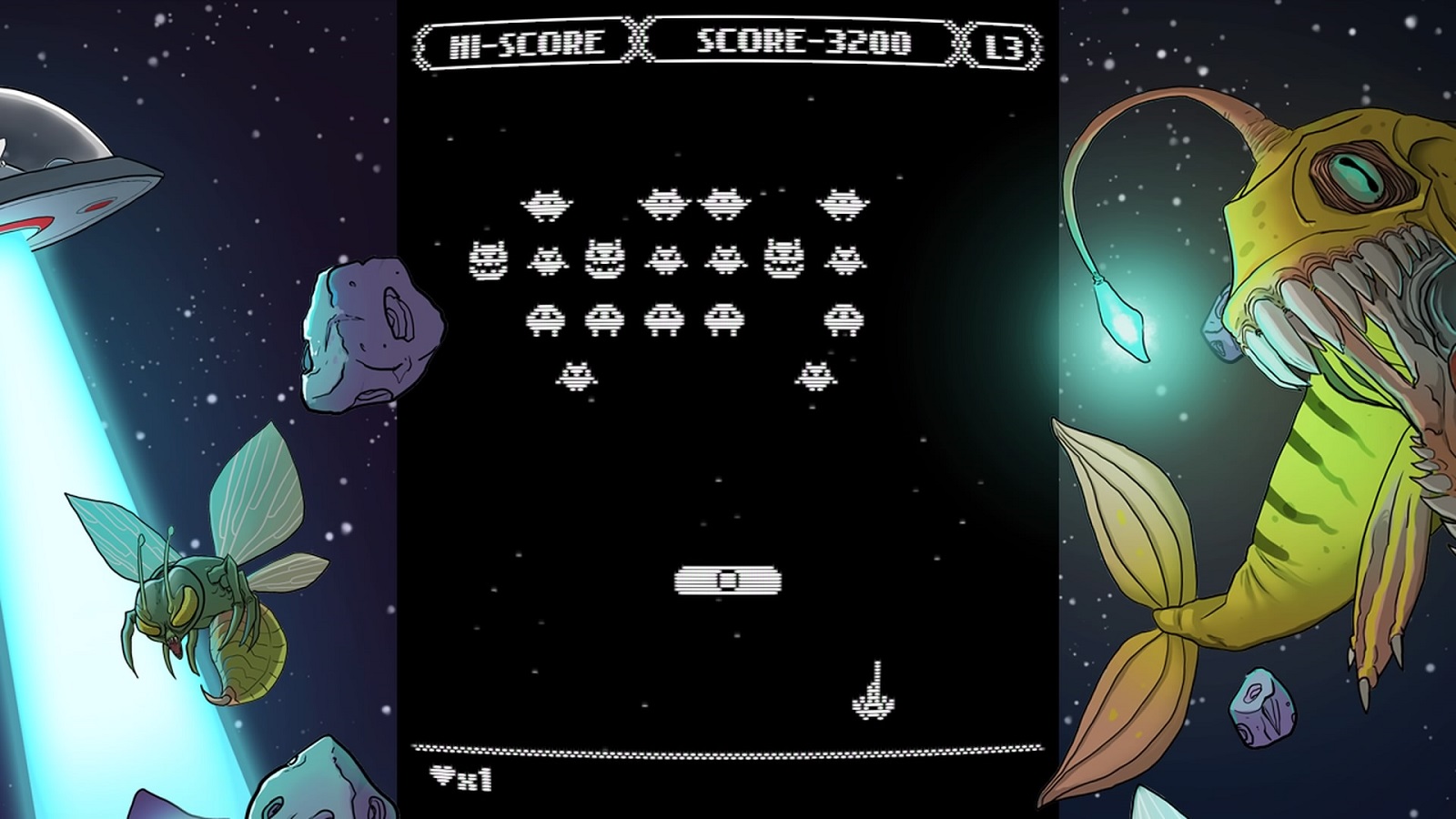 At certain points in the game, you have to defeat a boss that goes down in multiple hits, complete with a life bar. If you lose all your lives, you must start at the beginning of a designated zone rather than the stage you’re on, so be prepared to lose a few previous minutes of your time if you retry. And that’s basically the gist of Zeroptian Invasion. You do get a handful of powerups should you destroy a (relatively) fast-moving spaceship at the very top, but they don’t do too much to lighten your load.

With a game that tries to emulate the simpler times of the arcade, it doesn’t do a great job at doing so. Your initial ship crawls on the screen at a somewhat glacial pace, which means you’re very much open for enemy attacks. While the enemies do function like Space Invaders or Galaga baddies, they seem much more unfair due to the speed differences. Above all, there are a ton of other things you’ll have to be careful for, like rocks or debris in addition to the bullets you need to evade. While bullet hell games mitigate the frustration of dodging waves of seemingly unfair projectiles through fluid movement or comeback mechanics, Zeroptian Invasion does none of that. As a result, I felt like each death I encountered was unwarranted, and the enemy AI was particularly cruel when it had every reason not to be. 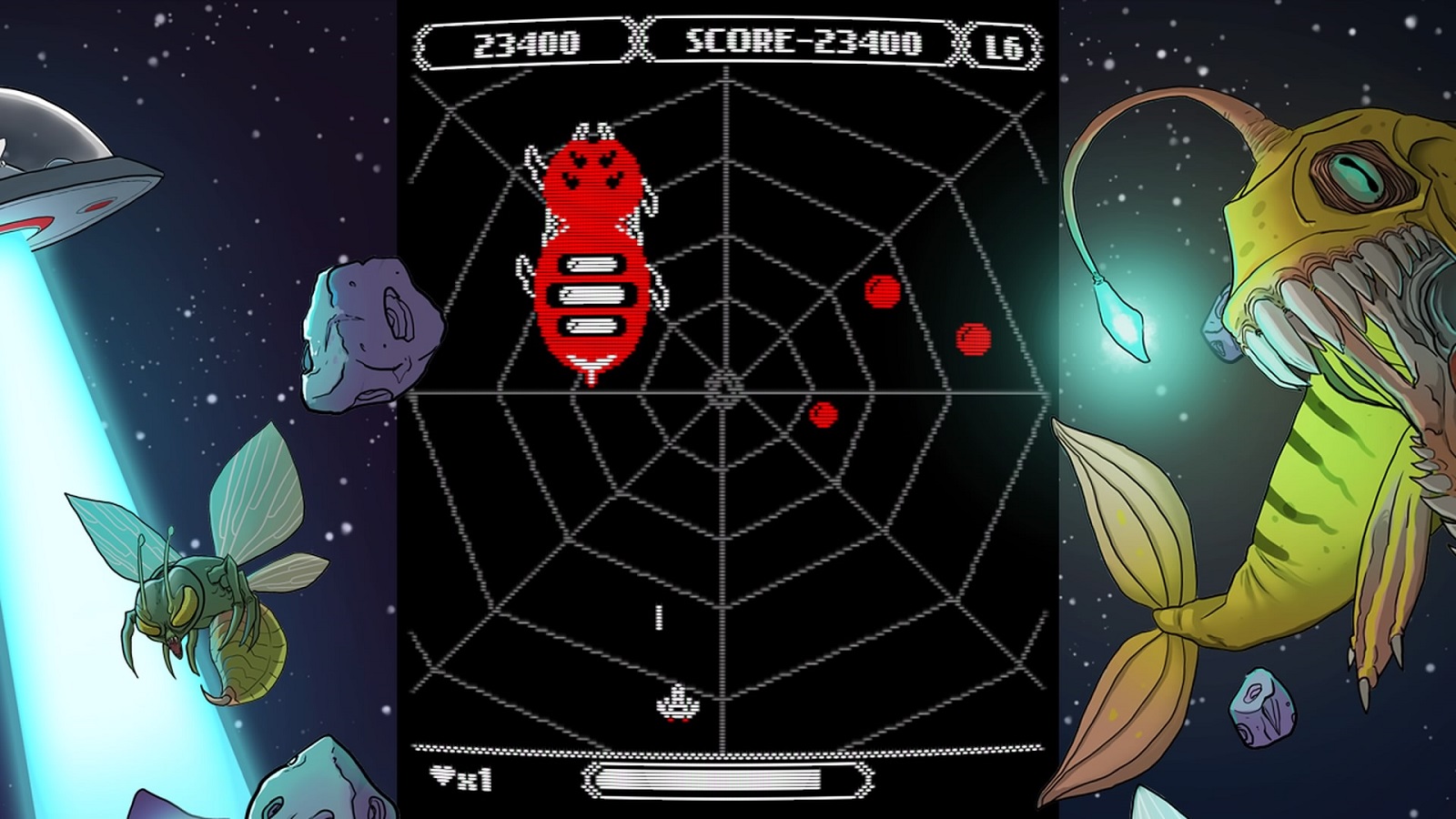 As aforementioned, continuing means you get sent back to the beginning of the zone rather than the stage you were on. This might equate to losing a couple stages of progress, but it’s even more egregious since your score is now zeroed and you have only the default two lives plus a slow ship. Continuing is painful, and it’s even more pronounced on later zones, where enemies can rip you a new one for no adequately explained reason. It doesn’t help that your ship fires at an absurdly slow speed, and without grabbing an upgrade to fire two shots at once, sometimes make this borderline unplayable in later stages. All of this makes for a very unsatisfying experience.

In regards to the presentation of the game, it’s passable overall, with the cutesy “1-bit” color palette being used here. The graphics are fine, and while there aren’t many customization options, the inclusion of TATE mode is always a plus. You also have a CRT visual filter, which does add to the retro feel of the package (compared to the normal look, which would otherwise be an uninspired take on Space Invaders). The soundtrack isn’t half-bad either, and while nothing could save the game sound-wise, it isn’t ear-bleedingly bad (compared to something like Teslapunk, which I had to turn the sound off to continue playing). The fact that it’s a Ratalaika Games-published title means that it comes with an easy platinum trophy, though this one is a little trickier to obtain thanks to the frustrating and unfair difficulty of the overall package. 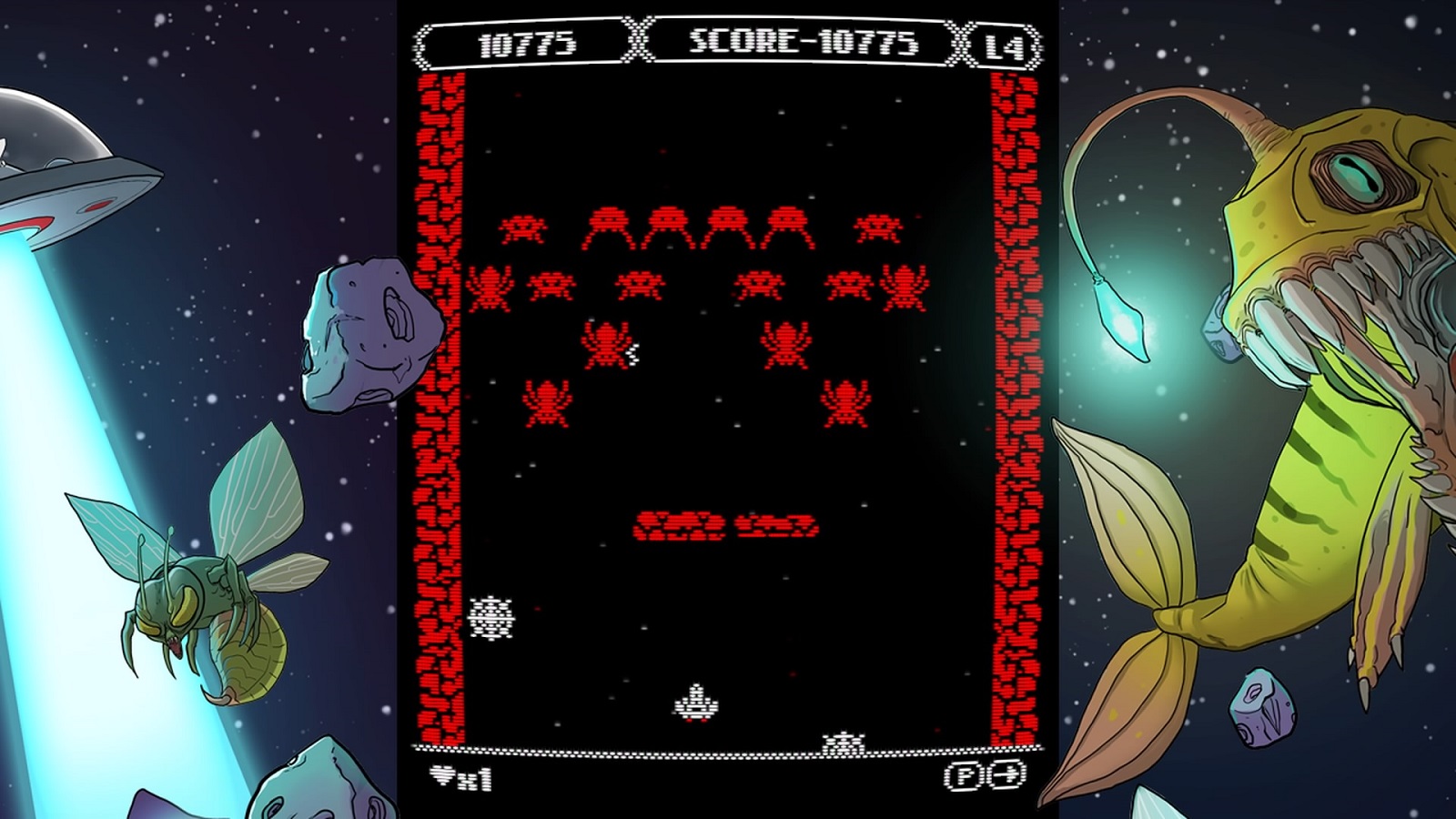 Zeroptian Invasion wants to ape the style of Space Invaders and the vertical shoot-em-ups of the 80s but fails miserably. While it does have a nice presentation style, the fact that its main gameplay loop struggles with you at every possible moment means that this game unfortunately can’t hold a candle to the genre greats.

Elisha Deogracias is an aspiring accountant by day, freelance writer by night. Before writing for Gaming Trend, he had a small gig on the now defunct Examiner. When not being a third wheel with his best friends on dates or yearning for some closure on Pushing Daisies, he's busy catching up on shonen manga and wacky rhythm games. Mains R.O.B. in Smash. Still doesn't know if he's a kid or a squid.
Related Articles: Indies, Zeroptian Invasion
Share
Tweet
Share
Submit