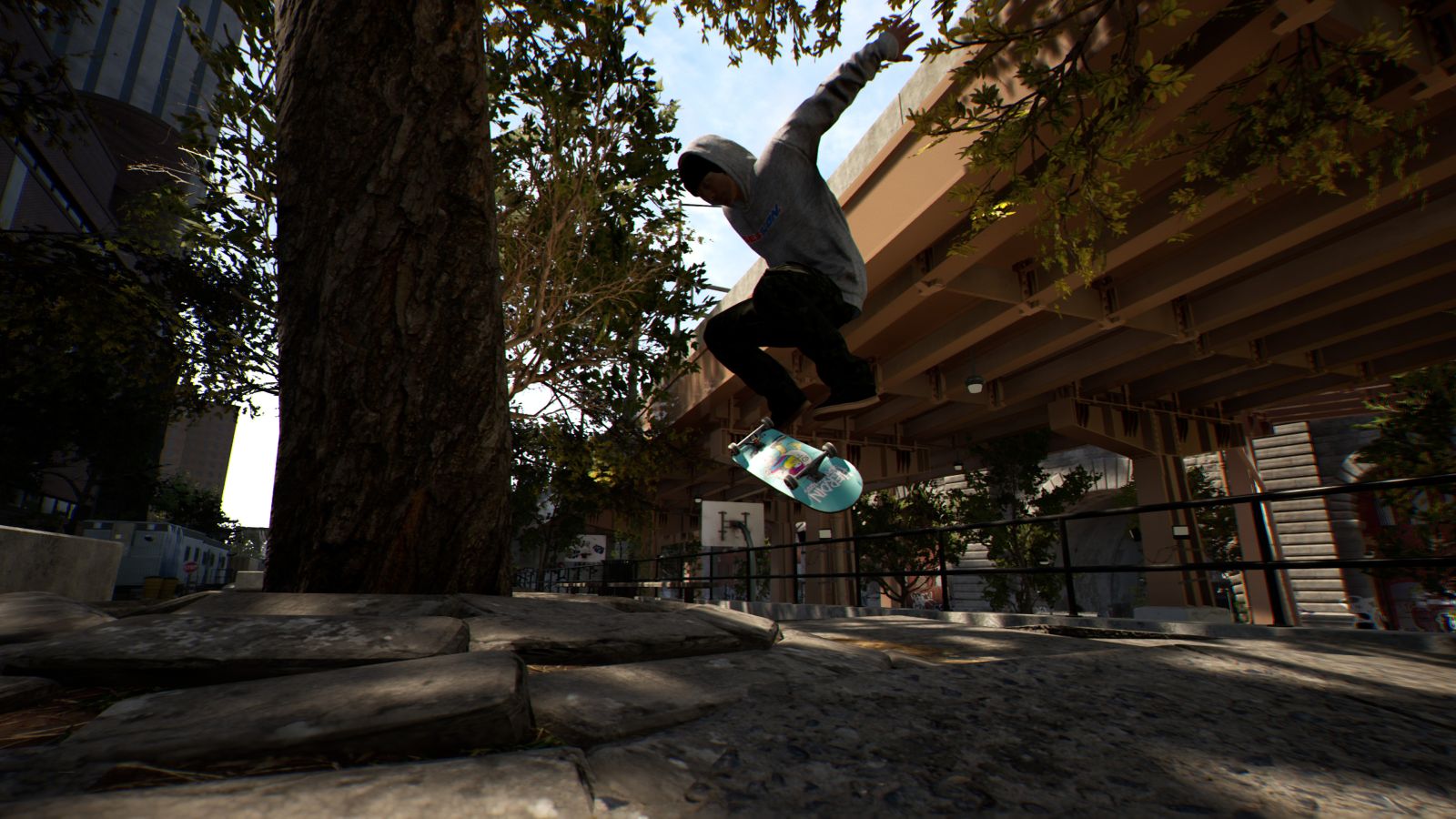 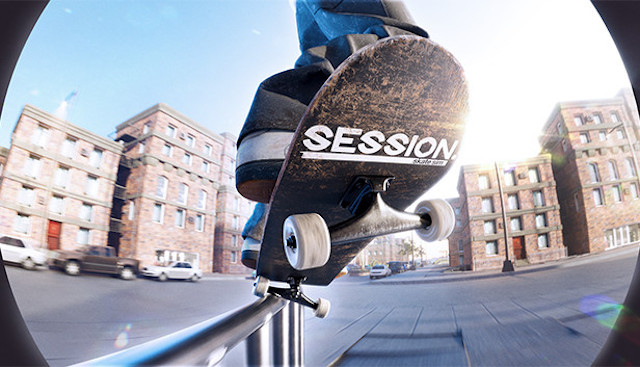 Session: Skate Sim has some of the most in-depth skateboarding you can find in a video game today. The “Sim” in the game’s title is spot-on; if you’re looking for the same arcade-centric experience titles like Skate and Tony Hawk’s Underground offer, you are in the wrong place. Session is hyper-realistic and very much grounded in reality. I would go as far as to say this is the definitive skateboarding simulator, and gamers looking for an authentic skating experience will be satisfied with this purchase.

Session was first released in Steam early access in September 2019 thanks to the success of a prior two-year Kickstarter campaign. Early reception was largely positive, and for good reason, as the small but active fanbase appreciated the authenticity of the experience. After three years of updates, Montreal-based developer Crea-ture released the 1.0 version of the game on September 22, 2022 for PS5, PS4, Xbox Series, Xbox One, Nintendo Switch, and Windows.

I won’t pretend I have much experience with skateboarding games, let alone skateboarding in the real world. Besides some menial exposure to 2000s MTV celebrity boarders and the X-Games, most of my skateboarding knowledge comes from sleepovers at friends houses messing around in Skate 3. That being said, Session gave me a newfound appreciation for the sport and the culture that surrounds it. The game goes for a more somber, chilled-out feel than its contemporaries, with a lo-fi soundtrack and noticeable absence of bright, flashy colors. For the most part, it is just you, your board, and the city, which gave me a sense of belonging. Though I was nowhere near good at the game, I felt like I had been involved with skater culture for years. After a few hours with Session I feel confident enough to be able to talk the talk; walking the walk, however, is a different story.

Gameplay-wise, Session is punishing, but has a few good ideas when it comes to how you spend your time on the asphalt. The controls are easy to pick up for beginners, but feature a very steep learning curve when it comes to the mid-level and expert-level tricks. I definitely struggled more than I would care to admit with the advanced maneuvers, but was satisfied with the basic progress I was able to make and appreciated the inclusion of a tutorial. One of the game’s better systems is the session mechanic, which allows you to mark a spot on the ground and instantly teleport back to the spot upon messing up a trick, falling off the board, or just wanting a fresh start. For a novice like myself, this came in very handy and spared me a significant amount of frustration. If you are a skating game enthusiast there is a very high skill ceiling to be reached here, and you will appreciate the variety of tricks and technical depth included in this package. For newcomers, Session may prove to be more work than it is worth, as taking the time to learn new and intricate tricks can be time-consuming and altogether frustrating. There is also an intuitive photo/video mode available as well, which can be used to create some clips worthy of an MTV transition. 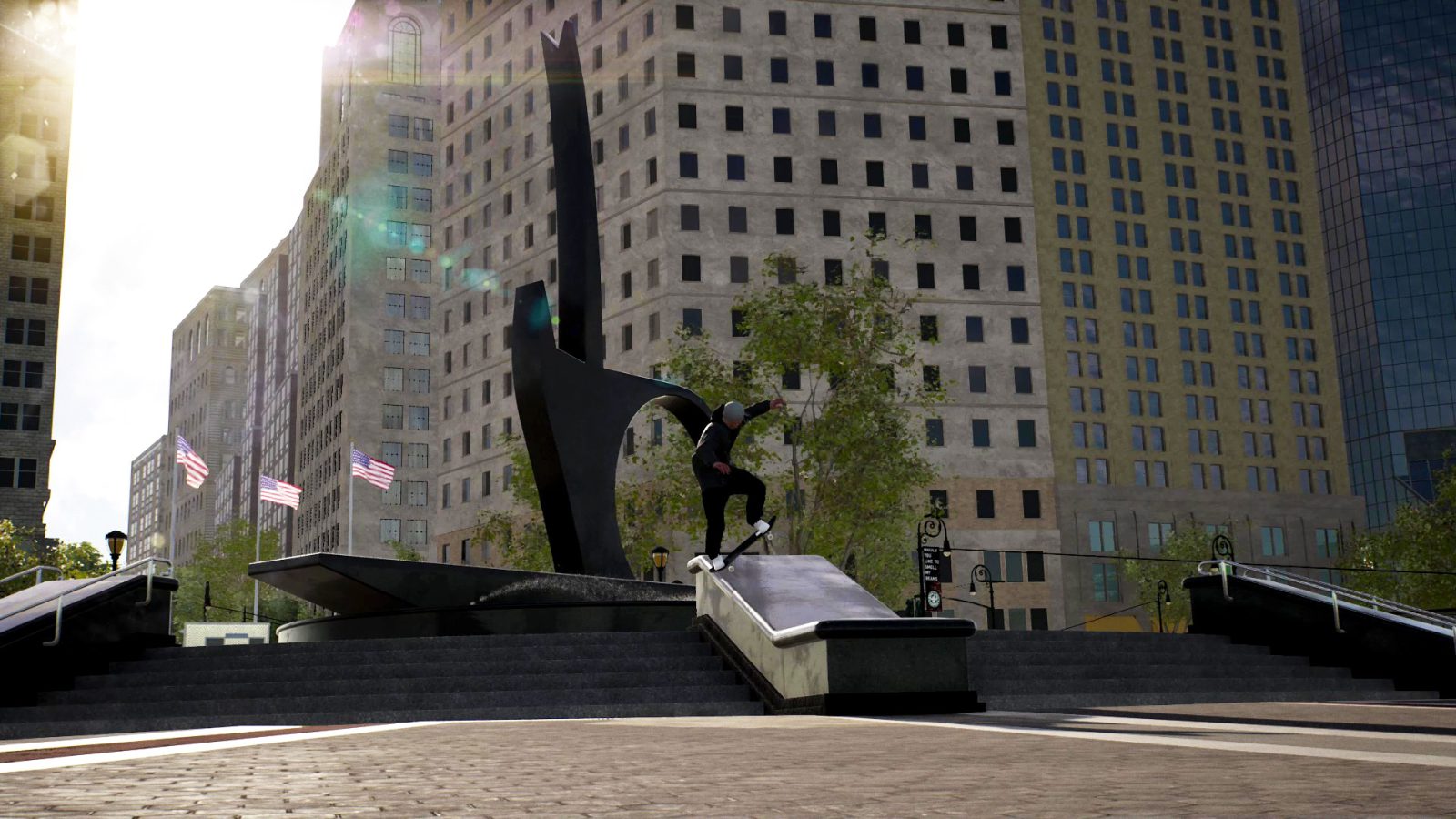 There is no shortage of skater lingo, streetwear, and graffiti to make even the most seasoned skater feel at home. Dozens of customization options or your board are at your disposal through a generous unlock system, including graphics, trucks, and grip tape. Your character can also be created to your liking, with a simple character creator that lets you choose between some basic face and body presets. Clothing is another big part of skateboarding and skateboarding games alike, and Session is no exception. The game world’s skate shop uses in-game currency, and lets you choose from an impressive collection of gear from both original and real-world skating brands. The customization options are fitting for the tone Session is going for, and work well with the simulator Crea-ture has created.

Additionally, everything in Session feels authentic. There are no out-of-place ramps set up at a crosswalk or grind rails where they obviously shouldn’t be, which is common for similar games in the genre. Instead, each of Session’s three locations, New York City, Philadelphia, and San Francisco, feel grounded in reality, and feature some impressive recreations of real-world landmarks (I was especially impressed with the game’s version of Philadelphia’s City Hall). Nevertheless, there are plenty of skate parks and wide open streets to try out new tricks or just cruise around. None of the locations are huge, though they are not small either. They feel like just the right size to experiment and explore, which is refreshing for a simulator.

Calling Session’s narrative missions a “story” is generous. From the small amount of time I spent doing missions, I could tell the narrative only served as a way to introduce new techniques and tricks. You play as a skater recovering from a career-halting injury, relearning all of your old moves and reconnecting with your former crew. There are a handful of characters, all of whom present their dialogue through text boxes. The conversations managed to get a few good chuckles out of me, and serve as a good way to explain some skating lingo to those who are not accustomed to the typical slang. Other than that, the story and missions lack any real significance and serve as little more than excuses to learn new moves and explore the environments. 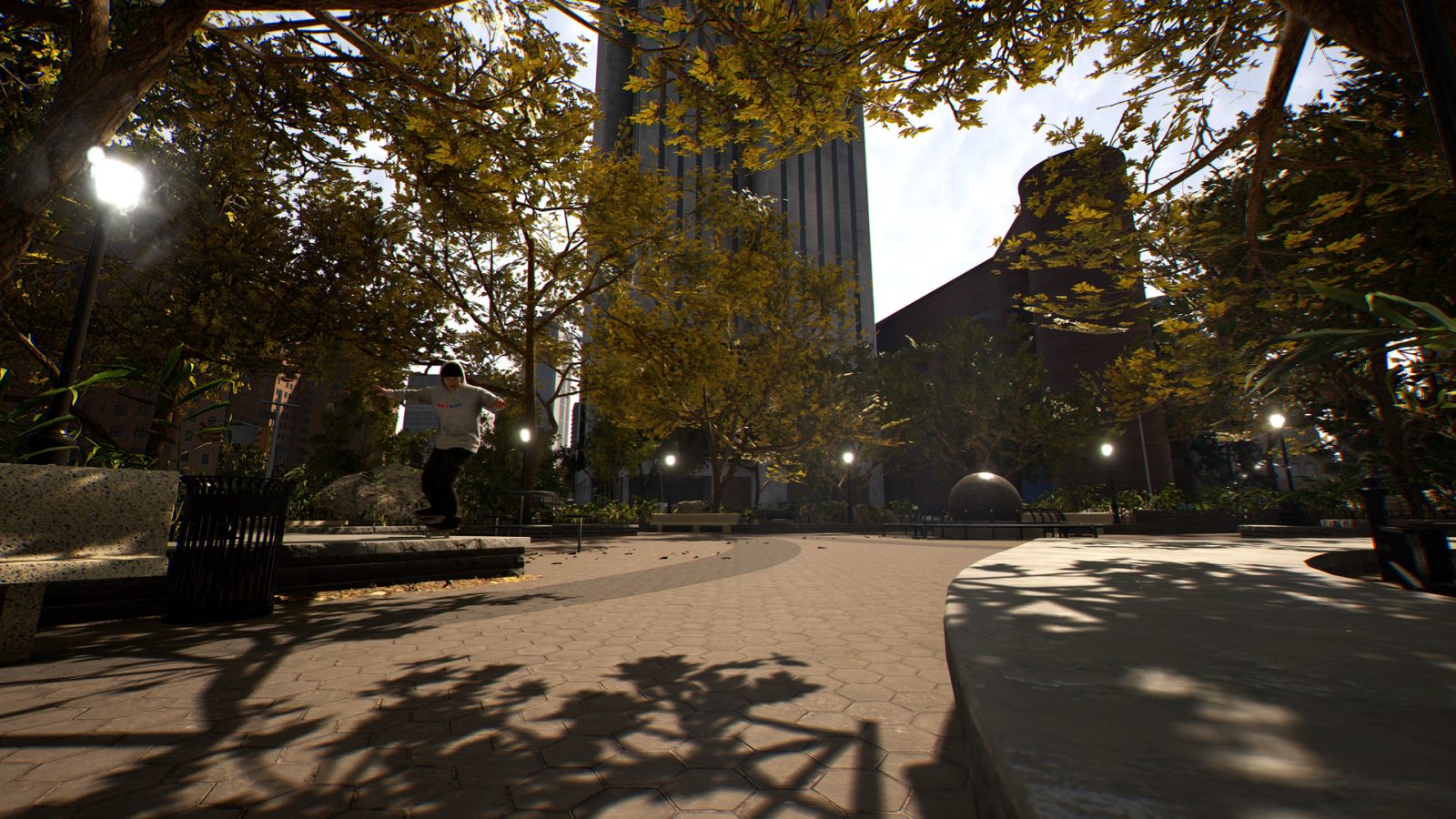 In terms of graphics and performance, Session is about what you would expect from a former early access title on its 1.0 release. Running on the Playstation 5, the game achieves a solid 60 frames per second with few noticeable performance dips, but nothing serious enough to be detrimental to the overall experience. Lighting, shadows, textures, and environments are all serviceable. However, the visual fidelity of the game does come off a bit dated, as it was largely built in early access using the aging technology of Unreal Engine 4. Similarly, I did find the character models and animations to be a bit wooden, which is a bummer as so much of my time in-game was spent looking at my character’s legs and how they interact with the board. There are no facial animations, which seems inconsequential for a game that focuses on action from the waist down, but it did wander into uncanny valley territory when every character (including your own protagonist) and NPC sports a consistent blank stare and goofy ragdoll physics when ran into. The UI is unassuming, and features some great customization options for gameplay and controls. In the settings tab you can change everything from grinds friction and rotation rate to the amount of wear and tear on your board.

In the end, I enjoyed the time I spent with Session: Skate Sim, though as a newcomer to the genre, I definitely do not think this was a good starting point. To fully appreciate the simulator, you must have patience and the ability to get back up and keep trying when you fall. Having some prior knowledge of real-world skateboarding would definitely help as well. Your satisfaction with Session will not come from getting a high trick multiplier or score; instead, it will come from your mastery of the control scheme and trick sets, along with your appreciation of skateboarding culture as a whole.

Session: Skate Sim is the most authentic skateboarding experience you can get from a video game. Though you will fall down (a lot) and may get frustrated, you will undoubtedly leave this experience with a greater appreciation for skating and the culture that surrounds it.