When we reviewed Man of Medan, the first in Supermassive’s Dark Pictures Anthology, it was plagued with technical issues that made it difficult to play on an original Xbox One. It wasn’t a good start for their new horror series to say the least. Just in time for Halloween, the second title in the anthology, Little Hope, has arrived and we’re playing it on PS4 this time. Is there any hope to be found in the abandoned town of Little Hope?

Little Hope begins much like Man of Medan, with a short scene in the past to tutorialize you and give context on the upcoming mystery. It’s your typical 1970’s nuclear family: Dad’s a drunk, Mom’s exhausted, big bro’s a jerk, and little sis is creepy. Things quickly turn dark when said creepy little sister lights the house on fire in an attempt to kill her family, guided by a mysterious figure. All of your attempts to save your family members end in disaster, and everyone including you perish in the flames. Decades later, a group of four Creative Writing students and their teacher survive a bus crash after the driver, who’s gone missing, swerved to avoid hitting a girl in a red dress. Supernatural things immediately start happening to the group- the fog covering the town prevents them from leaving and ghosts take them back to 1692 for a few moments to witness events leading up to Little Hope’s witch trials, and all of the people involved look exactly like them. On top of all that, their double’s corpses are relentlessly chasing them, trying to give them the same death they suffered so long ago. Can the group escape Little Hope alive? That’s up to the decisions you make along the way. 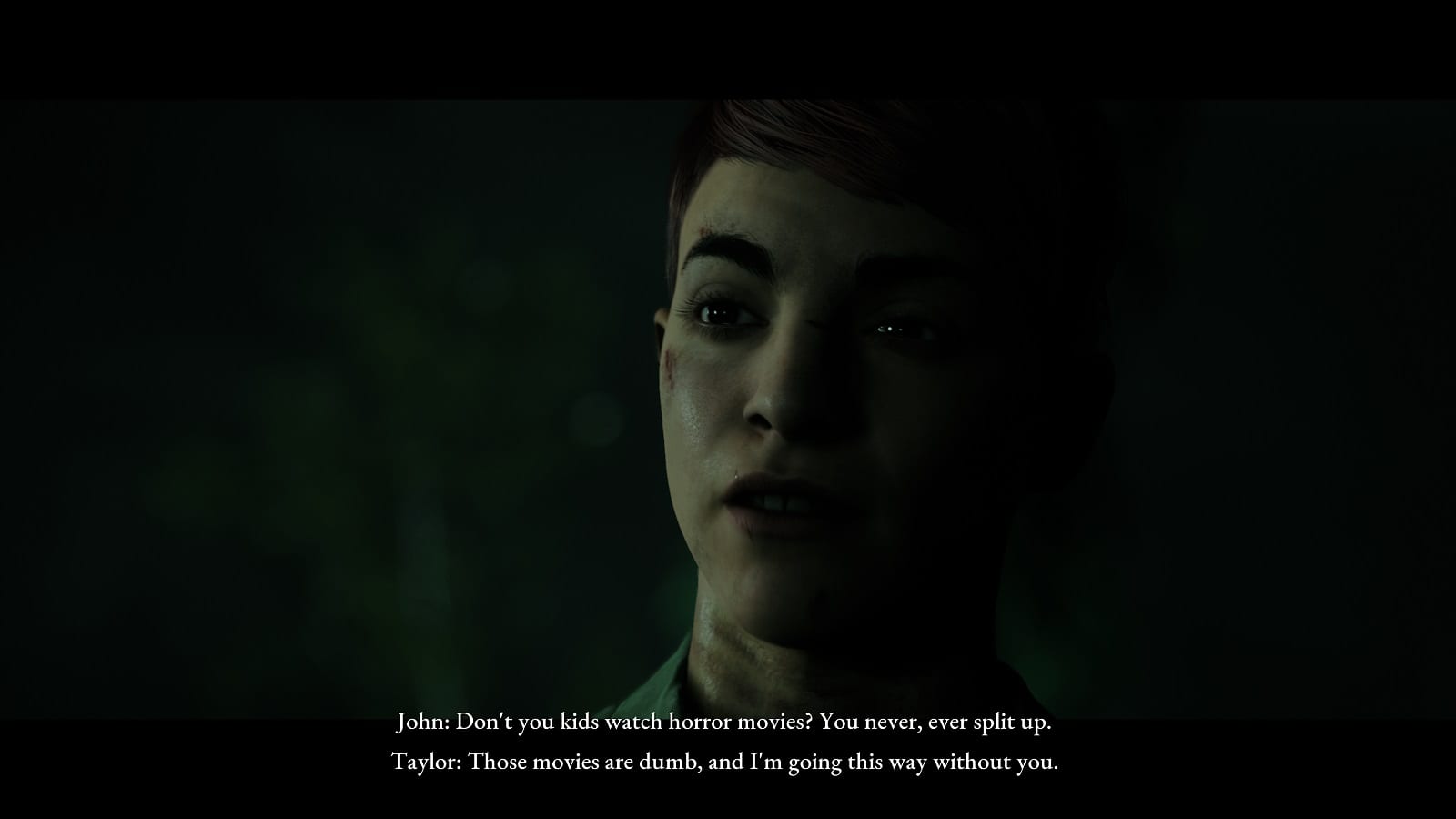 Little Hope is a massive improvement on Man of Medan in every way. First off, the game runs miles better, at least on PS4 Pro. There was only one scene I can recall where the frame rate noticeably dropped, and that may have been intentional to mimic film’s standard 24 fps. It looks great and runs well, but the console itself is quite loud while the game is running, so I’d recommend headphones. Outside of a few annoying jumpscares, the game isn’t particularly scary, and this is coming from a certified coward. If anything, I found the plot fascinating and a fun mystery to speculate over. The characters are also very likeable and easy to root for. They get off on the wrong foot, especially Angela who my sister and I immediately pegged as a Karen, but once things get going they start acting a lot more rational and very unlike typical horror protagonists. While I did enjoy the story and its themes of self improvement and forgiveness, I think the twist ending turns that on its head and only serves to muddle things. It’s certainly foreshadowed well and makes sense in context, but the more I think about it the less I feel like it fits with the overall narrative.

As for gameplay, those who have played Until Dawn or Man of Medan will feel right at home here. You explore a small area as a certain character, examining things in your environment and making dialogue choices to change your controlled character’s stats until shit hits the fan with a few quick time events. There are a few interesting new additions and tweaks, however. In some instances, your perspective will shift in the middle of the action, lending a very frantic feel to proceedings. QTE buttons also feel much more natural this time around, button presses generally correspond to a direction or body part of the action, for example you use the X button to kick something or press Square to grab an object on your left. There’s no cheap deaths in these sequences either, aside from one particular instance which makes you choose between two characters and the one you don’t pick is either saved or killed depending on their stats. 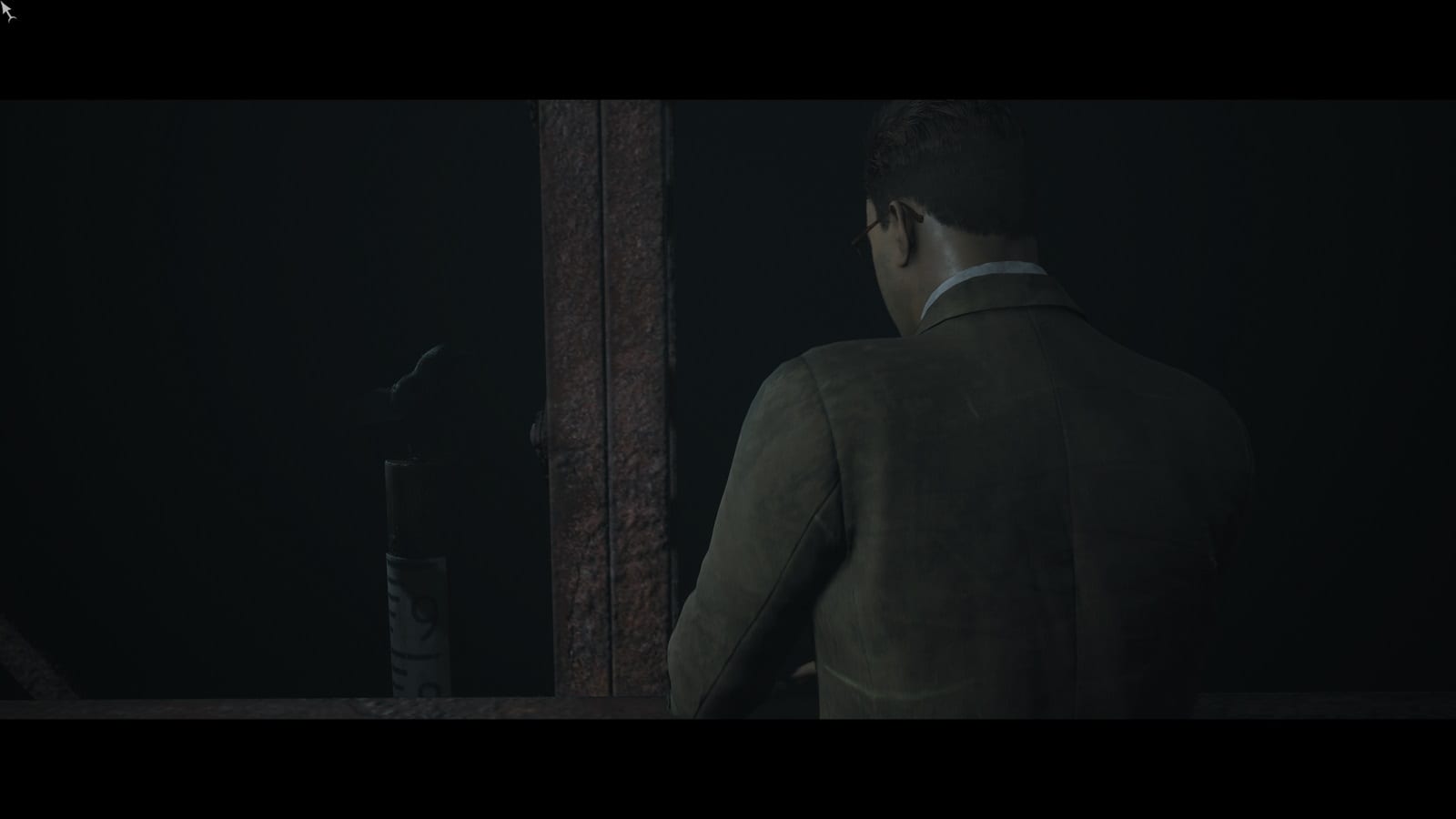 The game can be a bit glitchy at times, mostly with the UI. During one scene the R2 and circle prompts got stuck on screen and in another a mouse cursor from the PC version appeared in the top left corner. There are also a few instances of characters sliding into places they’re supposed to be in instead of properly animating. Finally, we encountered a single crash in one playthrough which had no apparent cause. Hopefully these can be ironed out in a day one patch, but these weren’t too big of an issue since the game auto-saves constantly.

The multiple accessibility options are also worth noting here. You can change quick time events to use a single prompt, have repeated button presses be a hold instead, disable the timer entirely with only an incorrect input resulting in failure, have the game use a dyslexia-friendly font, adjust the subtitle’s background, size, and color as well as the size of the font for choices. While I only chose to use the hold press option, I applaud the developers for having this many options, though some sort of warning for jump scares would have been appreciated as well as the option to reduce the intensity of moments where flashing occurs. 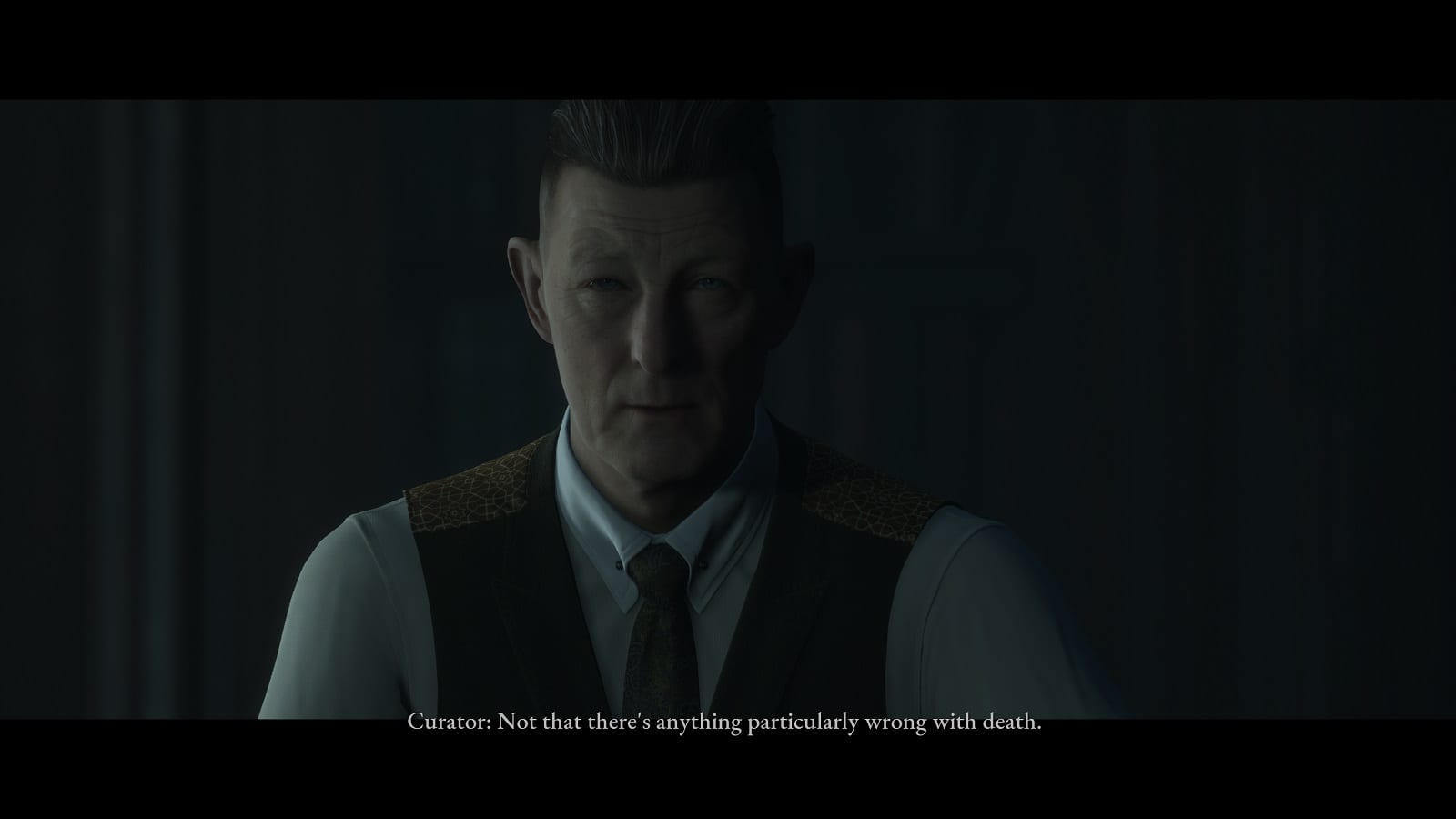 After you play through the Theatrical Cut, I would highly recommend playing at least once more on the Curator’s Cut, which offers a very different perspective on events. You’ll play as different characters at certain points, for example instead of starting the game as Taylor in the Curator’s Cut you’ll actually play as Daniel. Maybe bring your friends along for one of them, either online or off. All in all, I had a lot of fun going through Little Hope over my two playthroughs and may just come back a few more times too.

The game takes place in a completely new setting in the titular town of Little Hope; across three different seemingly connected timelines. Players will yet again take control of five different individuals who find themselves stuck in Little Hope as they are hunted by demons from the past. 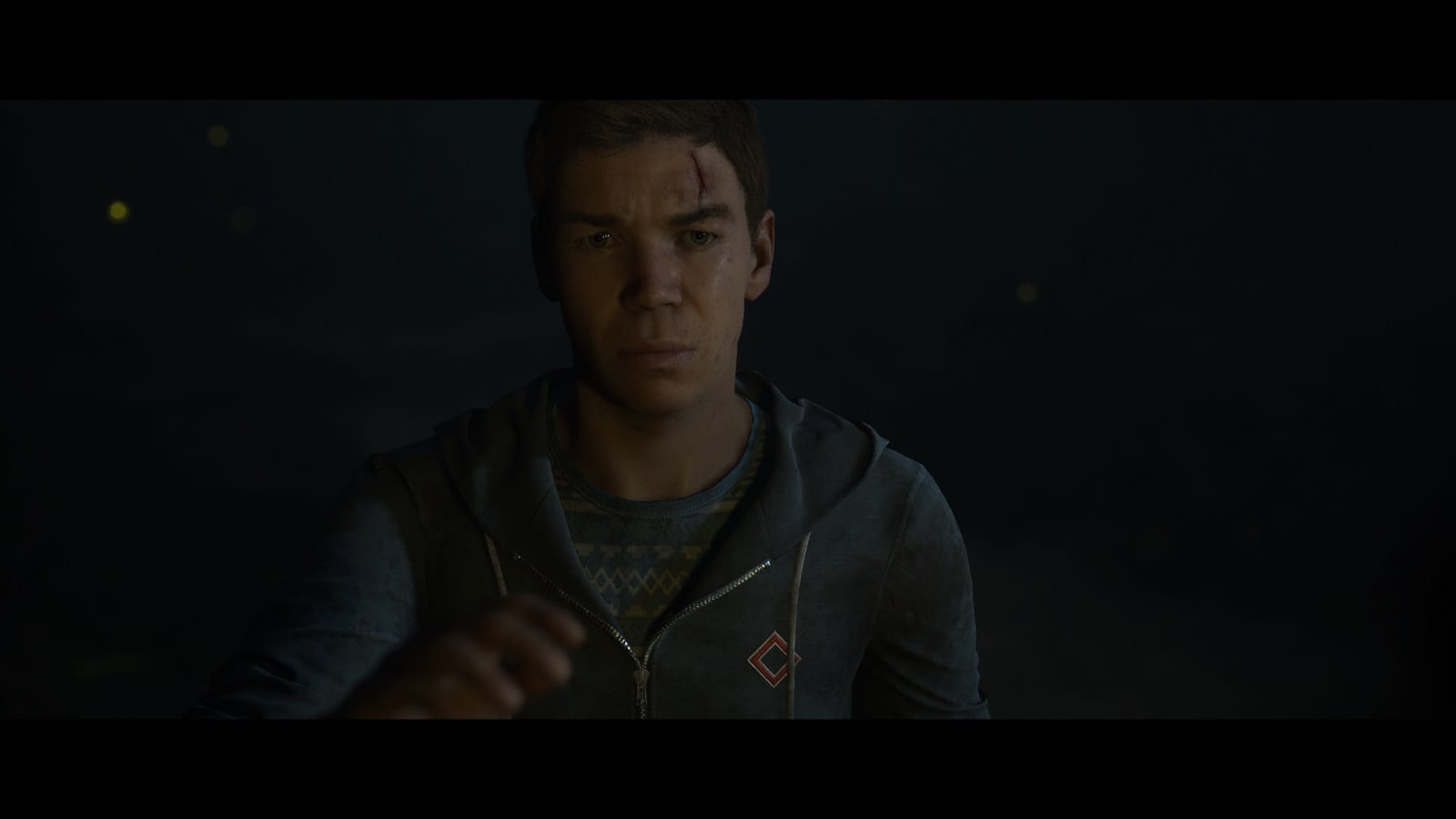 The game admittedly has a much more interesting concept compared to Man of Medan. Though, the plot can be quite confusing at first, especially when seeing the same characters in different timelines. However, as both the player and the characters progress through Little Hope, all the pieces of the puzzle start to fit together. Much like Until Dawn and Man of Medan, players will find multiple secrets and clues littered all around the town that help fill in some unexplained plot elements if you’re paying enough attention. And like the previous games, some pictures when found can also warn you about an incoming incident.

Gameplay-wise, As David said, you’ll frequently switch between the five characters of the game to make difficult choices and choose between dialogue options that build each character’s stats such as Brave, Deceptive, Flirtatious, and more. However, these dialogue choices may also prove to be your undoing if you aren’t careful, as you may think you’ve made the right moves from the start of the game but then lose a character due to a lack of specific stats. 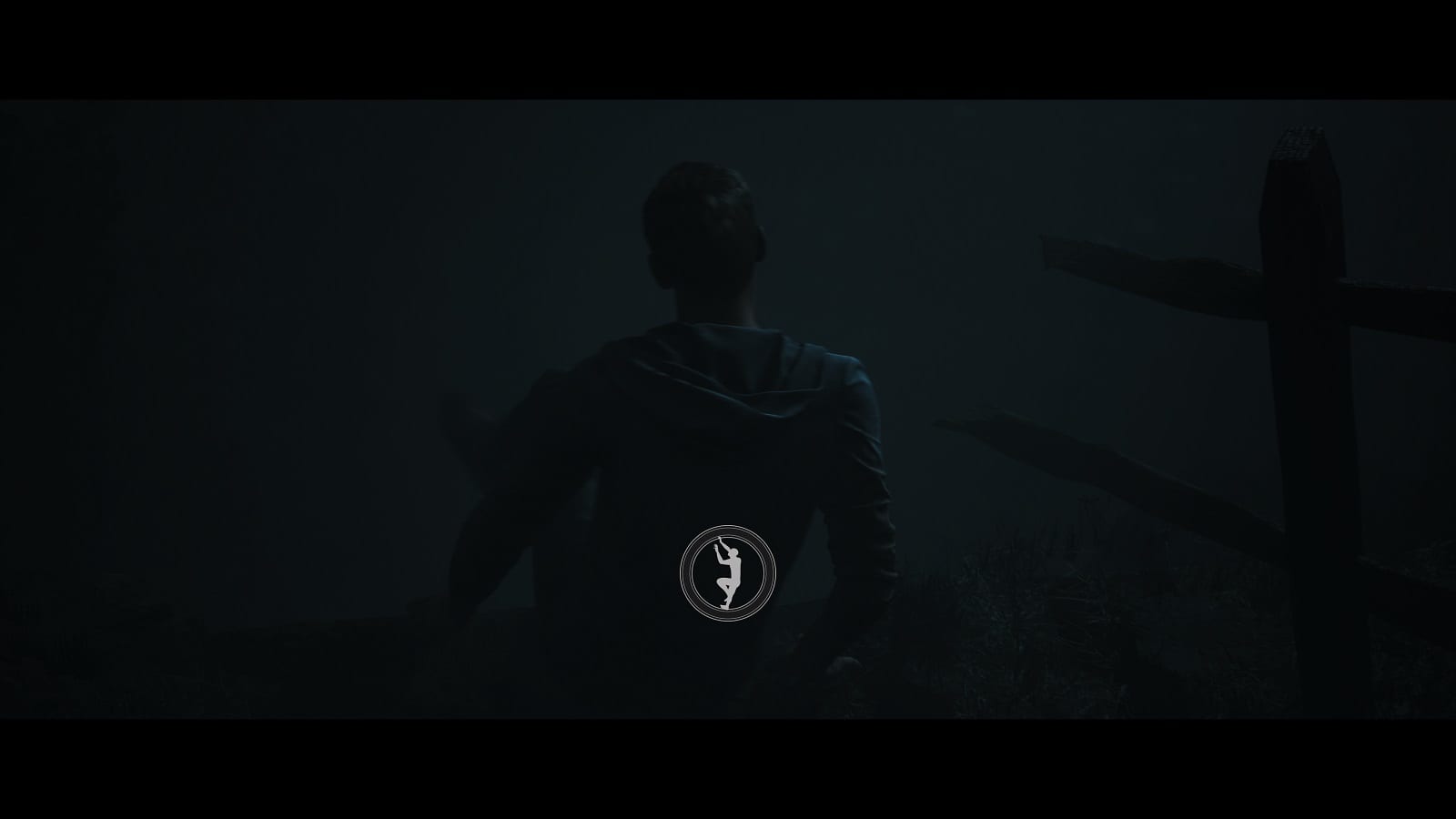 One of the game’s most distinct features is its impeccable graphical fidelity that makes everything look highly detailed and polished at the price of turning your console into a jet engine. Another good aspect of the game is how different the characters are this time around instead of the usual bunch of similar characters with generic personalities.

Unfortunately, the game also includes features that make the overall experience a tad underwhelming. First is the QTEs that are much different this time around and are somewhat telegraphed due to the symbols on the screen that appear before the buttons, making each section with them lack any challenge whatsoever. So as long as you’re paying attention, you’ll probably never miss a QTE.
Other than that, the game is also quite frankly not scary at all. The little attempts it makes to try and scare you is made through jump scares, which are honestly quite predictable if you’ve played any sort of horror game. What’s more, while Little Hope’s premise is quite intriguing, half of the game will see you wandering about town as you try to figure out what’s going on while searching for a way out, most of which I found to be rather dull. 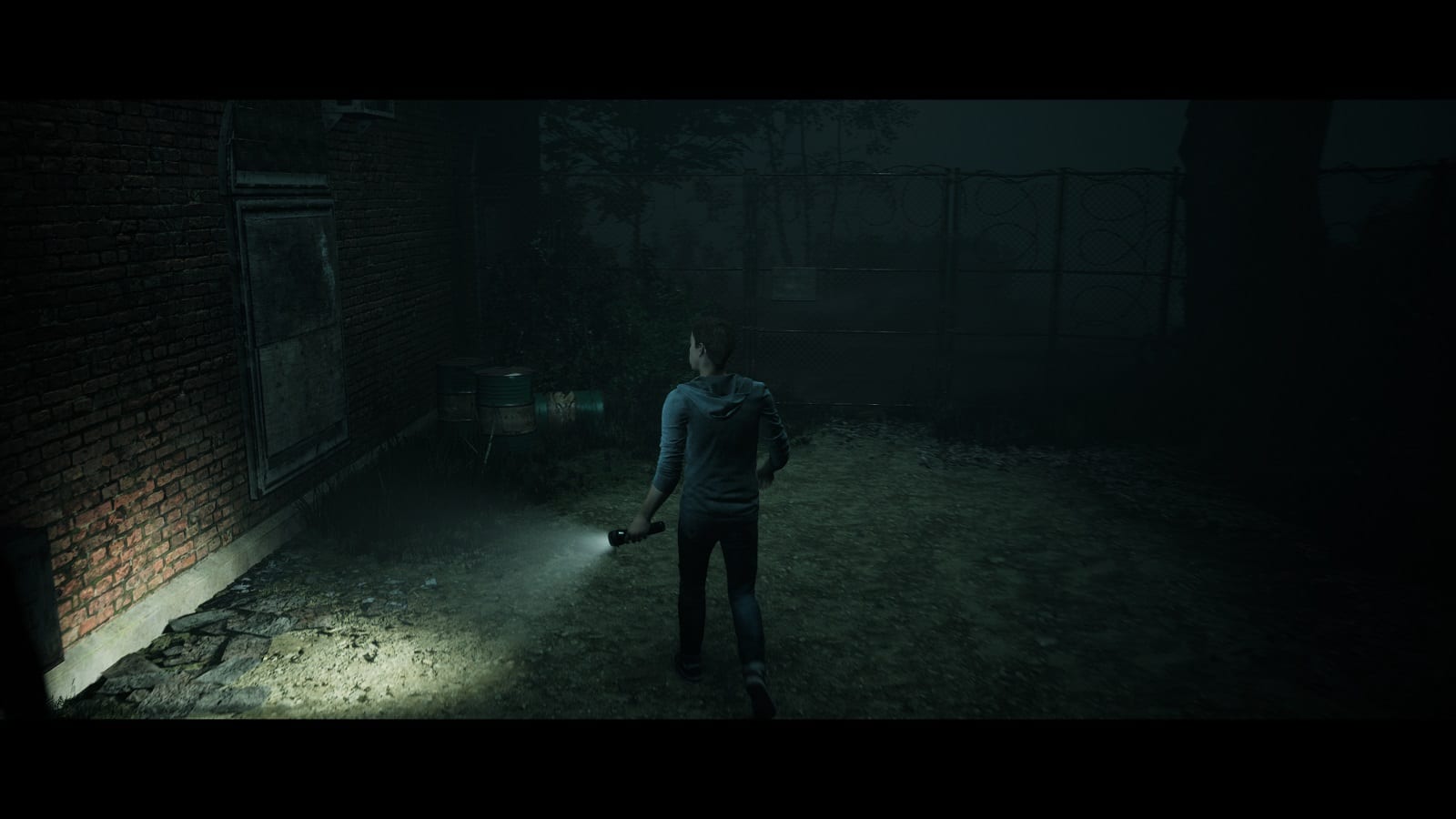 It’s only until the latter half of the game where things start to pick up as you begin solving the mystery of Little Hope, and while I didn’t enjoy the ending on my first playthrough, I certainly enjoyed my second playthrough especially with the Curator’s Cut as it provides extra scenes and perspectives not available in your first playthrough. So if you’re going to play Little Hope at all, I implore you to also play this mode if possible.

Overall, while I found some parts of Little Hope to be quite dull, I still enjoyed its intriguing premise. However, if you’re looking for a truly terrifying game to play this Halloween, I advise you to look somewhere else.

While Little Hope may not be the fright fest some wanted, it’s still a fascinating game that’s well worth playing once or twice, if you can get over the nonsensical ending.