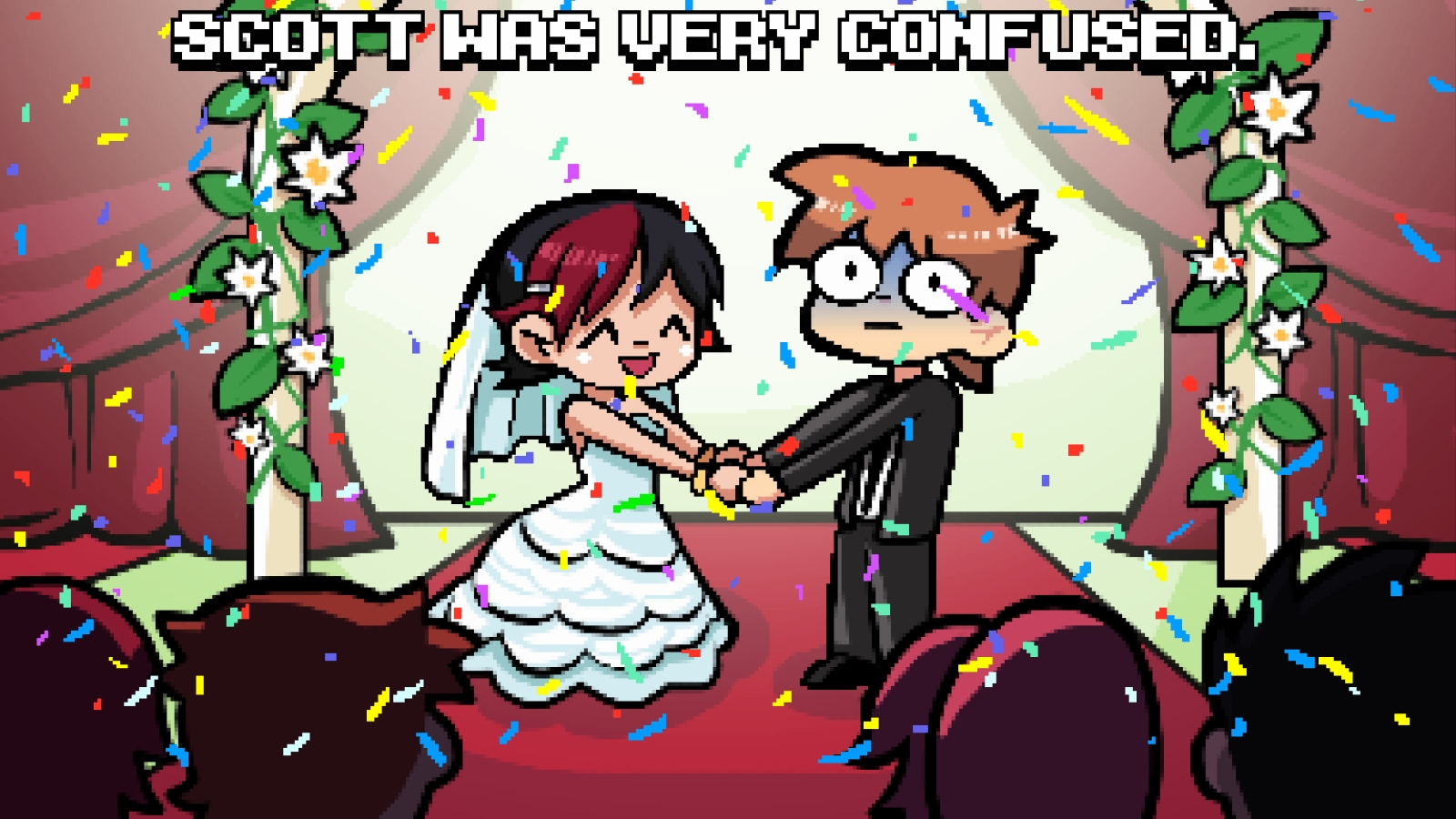 It’s been 10 years since Scott Pilgrim bumbled his way into getting a life, and since then Brian Lee O’Malley’s beloved comic series was adapted into a film directed by Edgar Wright and a beat-em up video game developed by Ubisoft,. While you can still read the comic and watch the movie, the game was sadly delisted from digital storefronts in 2014 and with no physical release it has since been impossible to play unless you’d already downloaded it-until now. In celebration of the film and game’s 10th anniversary, Ubisoft is rereleasing a complete edition of Scott Pilgrim vs. the World: the Game on all major platforms along with a physical version courtesy of Limited Run Games (*cough* who I would be very happy to do an unboxing of the game for or anything else they’d like to send us *cough*). As a huge fan of classic, arcade style beat-em ups like Streets of Rage 2, the Simpsons Arcade Game, and River City Girls, I’ve been itching to play this ever since I tried the demo way back when.

Scott Pilgrim’s main attraction is the story mode, where up to four players can choose from six characters (Scott, Romona, Kim, Stephen, Knives, or Wallace with NegaScott as an unlockable) and battle through seven levels to defeat Romona Flowers’ seven evil exes. As is standard for the genre, players move from left to right in most levels on a 2.5D plane taking on generic thugs until they reach the boss. The Square button unleashes a string of fast attacks while Triangle is a strong attack, Circle is block, and X is jump. Pressing R1 will use up some of a character’s Guts Points to perform a powerful attack in a circle, which is useful when surrounded by enemies, and L1 will also consume Guts to call in a friend to lend a hand, usually Knives (although when playing as her she calls in her mom). As they level up, each character learns additional moves like a dashing slide, a double jump, or a stomp to attack downed enemies along with increasing their maximum HP and GP. Since she’s my favorite character, I played through the entire game as Knives who has a very quick and agile moveset. It may not seem that deep on the surface, but you can combine several seemingly unrelated moves for devastating combos like grabbing an enemy, kneeing them repeatedly, throwing them against a wall, then kicking them when they bounce back to you. I honestly didn’t expect this amount of depth, but it feels like it’s on par with Wayforward’s more modern River City Girls, which is to say it’s a ton of fun.

There are a few additional modes, but they’re not very interesting in single-player. Boss Rush pits you against every boss in the game one after another, it’s fun enough for a run or two but it does highlight some of the unfair mechanics like some bosses being able to knock you down consecutively, or in the case of one of the final bosses being almost impossible without a certain item. Boss Rush is also the only mode which crashed on me, just before reaching the final boss. Survival Horror has you fight an infinite amount of zombies until you eventually die, it’s not very interesting and eventually I just killed myself to get it over with. Finally, there are two multiplayer focused modes: Battle Royale, which I wasn’t able to try in time for this review as it is multiplayer only, and Dodge Ball, in which you can only attack by throwing a ball which is super boring against AI opponents. These modes all highlight the games weaknesses like odd hitboxes, some unclear move uses, and the difficulty of perceiving depth inherent to the genre. For example, you may try to throw the ball at someone in Dodge Ball only for it to fly past their head even though it looked like it should have hit them or try stomping a downed enemy only for your character to do another move that uses the same input.

The game’s gorgeous pixel art matches the style for the comic almost one for one. Frankly, the game looks incredible on 4K televisions, though I’d imagine it would also look great on a CRT. The same can be said of Animanaguchi’s digital fusion soundtrack, they combine real and digital instruments in a way that fits the world of Scott Pilgrim perfectly. Just listen to Another Winter and tell me it won’t be stuck in your head for the rest of your life, I’m shocked that more retro style games haven’t gotten the band for their scores.

Scott Pilgrim Vs. The World: The Game – Complete Edition

Scott Pilgrim vs. the World: the Game is one of the best modern beat-em ups, despite a lack of much competition in the genre. It’s gorgeous visuals and amazing soundtrack complement its surprising depth in combat perfectly. Scott Pilgrim is back, and hopefully here to stay.

David is the kind of person to wear his heart on his sleeve. He can find positives in anything, like this is a person who loved Star Fox Zero to death. You’ll see him playing all kinds of games: AAAs, Indies, game jam games, games of all genres, and writing about them! Here. On this website. When not writing or playing games, you can find David making music, games, or enjoying a good book. David’s favorite games include NieR: Automata, Mother 3, and Gravity Rush.
Related Articles: Scott Pilgrim Vs. The World: The Game – Complete Edition
Share
Tweet
Share
Submit