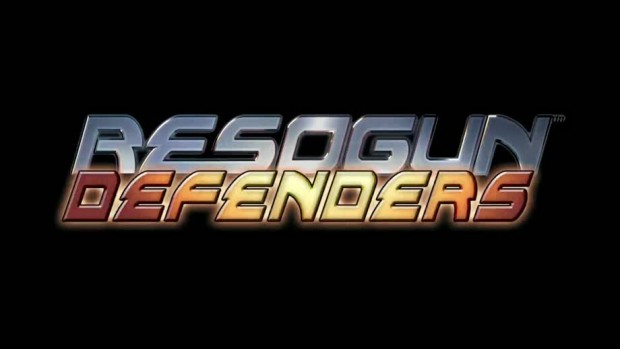 When the PlayStation 4 launched at the end of 2013, few people had expected Resogun to stand out as arguably the best launch title available on the system.  The fast-paced and twitchy gameplay melded perfectly with the exploding visuals and electronic soundtrack, creating an arcade-style twin-stick shooter that gamers loved.  Fast forward to today and Resogun still stands as one of the best experiences available on the console, and one that many fans still find themselves drawn to.

It’s a good thing, then, that developer Housemarque continues to support the game with DLC.  The latest piece of new content, known as Resogun: Defenders, provides two new game modes that provide fresh ways to experience one of PS4’s most addictive games.  Resogun’s new modes are unlikely to sway anyone who did not enjoy the game the first time around, but for fans who enjoyed topping the leaderboards at launch, this should be an enjoyable experience.

The first new mode is known as Protector mode.  In this game type, players are given only one life and are tasked with rescuing as many humans as possible.  Dropping humans off at cities (read: grounded safe zones) rewards players with bonuses, usually in the form bonus points or power-ups.  As players continue to rescue more humans, the waves of enemies increases, making Protector mode’s one-life gameplay style a truly frantic experience.

Perhaps what is most refreshing about Protector mode is the new elements that get added to the game.  This mode features all new enemy types, stage hazards (from an erupting volcano!) and power-ups that can both hinder or help your progress in the right context.  One of the most enjoyable, yet challenging elements comes from the City Destroyers.  These massive motherships come down from the sky every so often and serve as a miniboss that the player must destroy, or suffer a devastating attack that will annihilate a city.  As the difficulty ramps up with player progression, these ships provide an exhilarating challenge.

The other new mode is known as Commando and serves as the most unique mode available to the game.  Rather than piloting a ship, this mode has players taking control of a grounded human who can must survive a barrage of enemies and meteors that threaten his home.  If the house gets destroyed or the player makes one wrong move, it means game over as once again only a single life is given in this mode.

Commando mode is perhaps the biggest departure that Resogun has seen yet.  As a human, movement is not as free as the core Resogun experience.  Players can jump a small height off the ground, while also retaining boost and bomb abilities, but as a whole the movement feels slightly more restricted.  The whole experience feels a little like a modern version of Space Invaders, where shooting upwards will continue to provide defense.  Commando mode can certainly be fun once a player finds their rhythm, but it feels much slower-paced than the ship-based modes of Resogun and did not come across as addicting as Protector mode.

What these two new modes should really excel at, though, is attracting old-school gamers who love chasing a high score.  As mentioned before, both new modes feature leaderboards that allow players to see how they stack up against other players.  This high score chase goes hand-in-hand with the one-life approach of this DLC.  With only a single attempt before needing to restart, a strong risk-vs-reward element looms around every situation.  Attempting to go for that extra human or power-up amidst all of the split-second chaos on-screen can provide a huge score boost, but only if players are willing to put their one life on the line.  Players who loved going for high scores in the game’s original release: this DLC is perfect for you.

Both new modes also feature co-op play where each player thankfully has their own life, rather than instantly failing when the first player dies.  Protector and Commando both became much easier when playing with a partner, as you suddenly find yourself with double the firepower.  I was able to progress much further in co-op than I was alone and it made for an enjoyable, teamwork-heavy experience.

My time playing online was not completely flawless, though.  While the game maintained a steady connection and matching with players is simple, players who would quit mid-game were frequent in my experiences.  When one player is destroyed, they then become a spectator to watch their partner progress.  I assume that the players I was matched with were not too keen on sitting beside as I continued to rack up points, and so they would leave the game prematurely, booting me back to the menu and erasing my progress.  Of the six matches I played online, this happened a total of four times.  This is certainly not a fault of the game, but being unable to finish a match without a sore loser ruining the experience put a real damper on the online co-op mode for me.  If you do decide to play online, I highly encourage playing with a friend rather than a stranger.

Lastly, alongside the two new game modes, Resogun has also received numerous free updates that should provide longevity to Resogun fans.  The newest feature is the ranking system, rewarding players for achieving certain in-game feats.  This update provides dozens of unique challenges that all unlock XP that will boost a player’s overall rank.  Like a mini achievement system, challenges are fun to earn and raising your level can be grow quite addicting.

Resogun: Defenders provides a new twist on the classic formula.  This DLC pack throws in some great new game types, while still managing to retain the addictive feel of the core game.  The survival-focused nature of the two new modes caters directly to Resogun’s leaderboard chasers.  Even for the more casual fan, though, these new modes are a blast to play and are sure to please fans of one of PS4’s best games.

Resogun: Defenders’ emphasis on risk-vs-reward is sure to please fans who love topping their high score. These new modes may be Resogun’s biggest departure yet, but the core experience is still a blast to play.

Gaming Trend's resident amiibo collector, Matt's a lifelong gamer with a soft spot for Nintendo. As a new father, Matt often struggles to stay as involved as he has been in years past but can always be counted on to come back for some engaging geeky conversations. A resident of Philadelphia, he is currently working on building up his Man Cave with all things Marvel, Star Wars, and Video Games. As an old-school gamer, Matt firmly stands by his belief that gameplay will always be more appealing than story.
Related Articles: Resogun: Defenders
Share
Tweet
Share
Submit