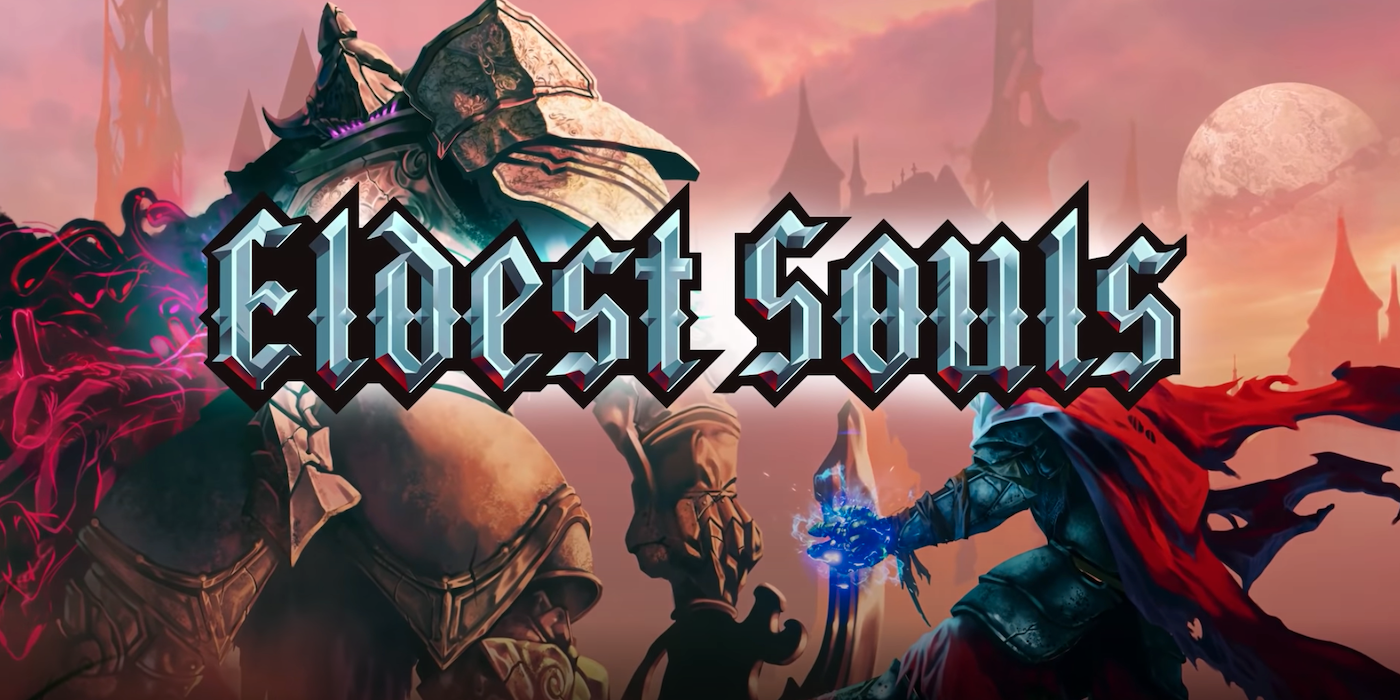 Eldest Souls is unlike other games advertised as a Souls-like. This is because of its primary function as a boss rush game. As such, every other element that traditionally makes up a Souls-like has been stripped away from it to focus on this core feature. 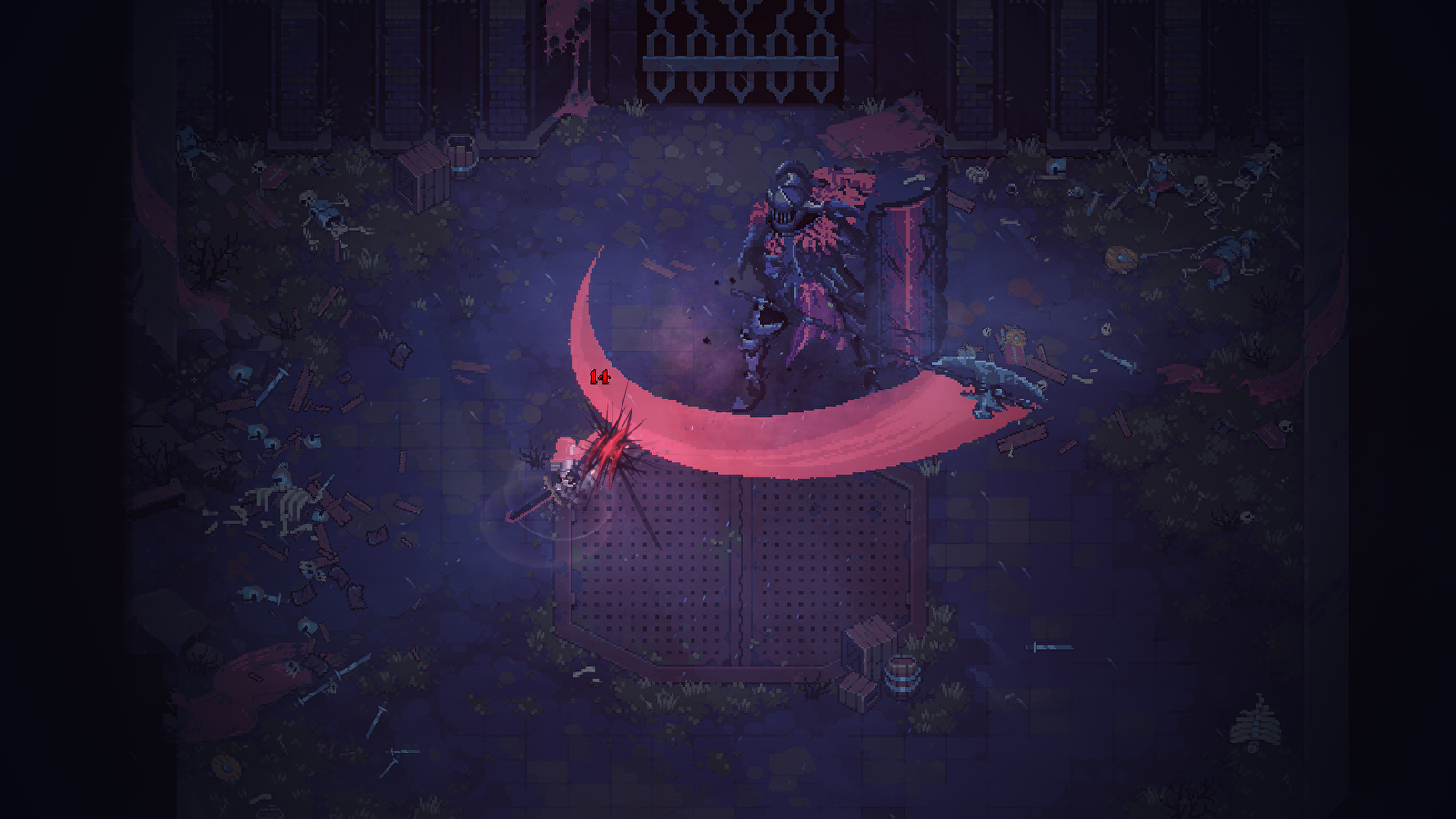 The game puts you in the shoes of an unnamed warrior who wields an obsidian Greatsword. He ventures into The Citadel, an abandoned land that holds The Old Gods, with his sole mission being to vanquish those gods who pose a threat to mankind. Eldest Souls unsurprisingly leaves much to be desired in terms of the story as much like its source of inspiration, it prompts the player to figure out what’s going on in this world for themselves. The only thing the player is objectively certain of is their undying mission in seeking out and defeating the game’s many bosses. There are no enemies, puzzles, or platforming sections in Eldest Souls as the bosses serve as the only hurdle to conquer.

Players will always be moving from one boss to the next in quick succession. There are ten bosses in total, all of which are placed in multiple locations, each entirely different from the last. As such, the skills and strategy used for one boss will be almost entirely different for the next. To combat these challenging foes, players are given an arsenal of skills to make use of, such as a rechargeable dash, a chargeable slash, and perhaps most importantly; a charged attack which also doubles as a healing tool as there are no healing items in the game. This means that players will constantly be forced to be aggressive when fighting or risk defeat. 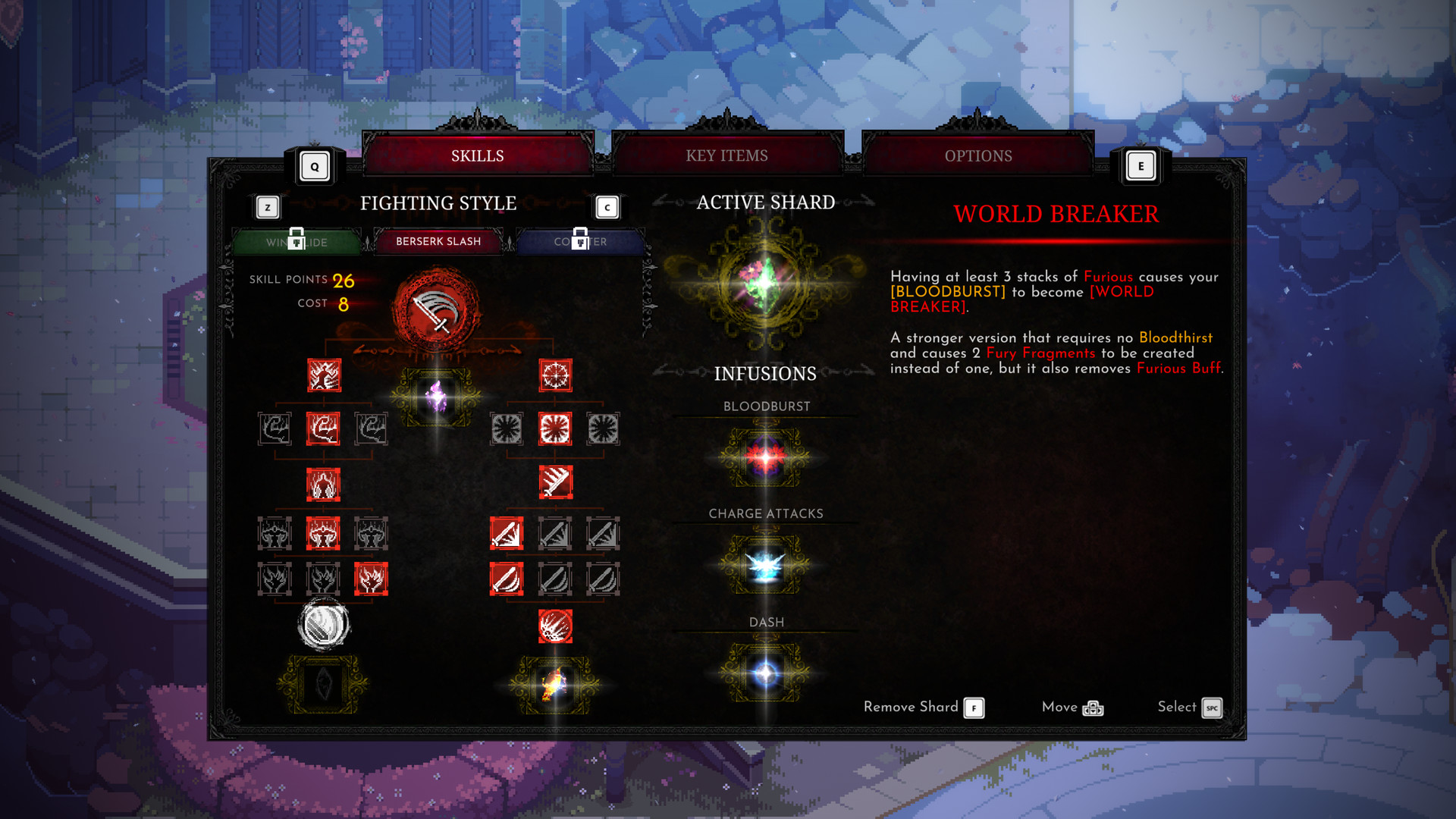 Players will also have a range of stat buffs, abilities, and more acquired through the game’s skill tree. This skill tree is divided into three categories, namely Wind slash, Berzerk Slash, and Counter. The first prioritizes mobility and agility skills, the second provides aggressive and confrontational skills, while the last focuses on defense and timed parries. It’s worth noting that you only earn skill points after defeating a boss, so progression always felt like a slow aspect of the game.

Thankfully to combat this, the developers graciously included the option to respec skills at any point in the game. This option plays a vital role in your playthrough as it allows the player to freely reinvent their playstyle to match any boss they’re currently dealing with. Additionally, bosses also drop upgrade items called shards, which further expands your arsenal of skills by unlocking more advanced moves. These shards can be swapped between slots at any time, providing even more variety.

When not facing one of the game’s many adversaries, players will explore the game’s world, encountering its eccentric NPC inhabitants as well as scattered pieces of lore explaining past events. Unfortunately, most of the aforementioned NPCs are rather dull, and the little bit of lore I learnt throughout the game failed to constantly engage me. 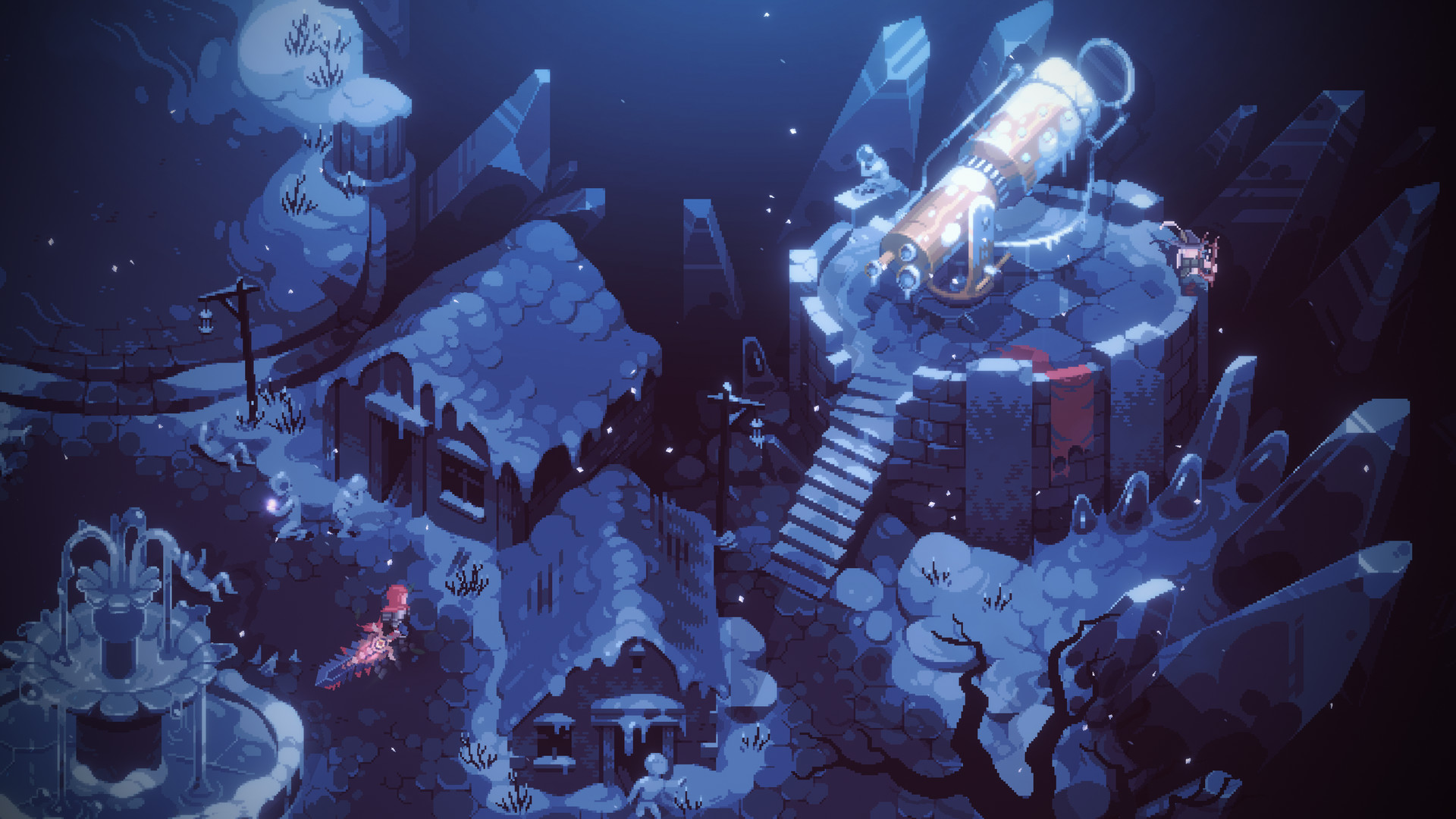 Though this isn’t to say that the game lacks interesting aspects, as its beautiful 2D pixel visuals is but one of them. The vibrant colors and awe-inspiring backgrounds serve as a stark contrast to its overall desolate and depressing undertones, and works well enough in mystifying the player. What’s more, the game’s soundtrack— mainly the music played during boss fights, is frankly outstanding and could give the Souls series a run for its money. I rarely hear music in a game that grabs my attention, but the music in Eldest Souls packs an emotional punch and then some.

And speaking of bosses, it’s hard to ignore how impeccably designed the boss fights in Eldest Souls are. Each boss brings a different kind of challenge to the table that’ll always keep you on your toes. And if you’re as masochistic as I am, then getting your butt kicked in a hundred different ways will be part of the fun and learning the unforgiving enemy patterns while perfectly evading each death-defying blow to vanquish the same foes that caused you misery will be all the motivation and reward you’ll need.

Another one of my favorite aspects about Eldest Souls is how there’s little to no loading times. For a game that will surely knock you down multiple times, the ability to immediately get back in the fight always felt like a godsend. However, with the game’s pros come a few cons as well, the most irritating of which is the character’s slow movement speed, which often feels very unfair when fighting several bosses in the game that move significantly faster than you. Other than that, it’s also worth noting that I encountered some glitches playing the Nintendo Switch version. In one instance, when returning to a boss room, I noticed the music still playing despite the boss being long dead. Bosses also frequently get stuck between objects in the room, which isn’t surprising given the game’s fast-paced nature. 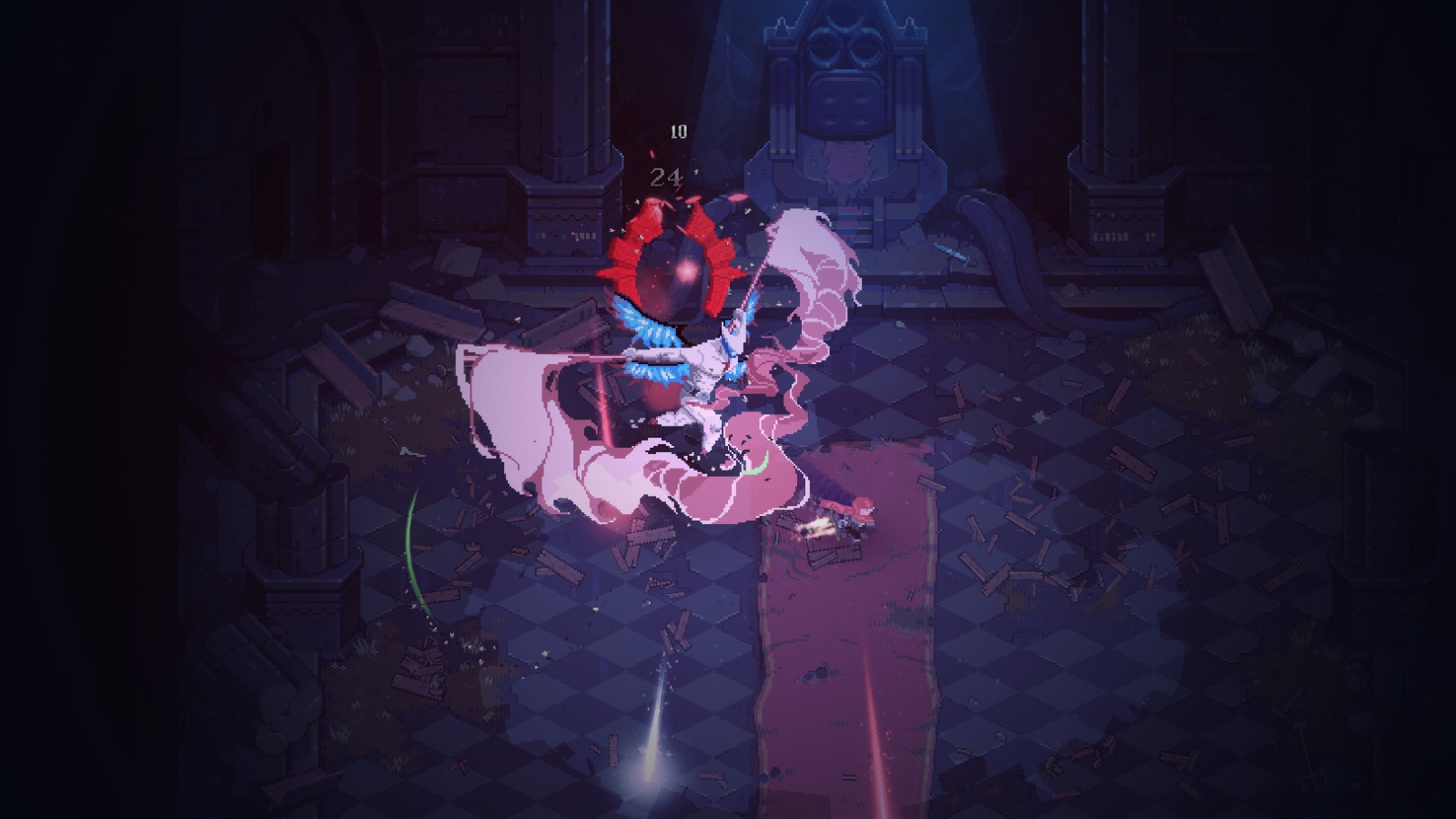 That being said, I still believe Eldest Souls is a worthy game for Souls’ fanatics despite its blatant flaws. The combat is incredibly engaging and highly challenging, and the world is well designed. While the overall world-building and customization options leave a lot to be desired, its good features are enough to validate a purchase overall.

While the overall world-building and customization options leave a lot to be desired, Eldest Souls is still a worthy game for Souls' fanatics despite its blatant flaws.

Abdul Saad is an avid gamer and computer geek. He's been writing for four years on news, reviews, previews, and more on multiple gaming sites. When he isn't writing or playing the latest JRPG, he can be found coding games of his own or tinkering with something electrical.
Related Articles: Eldest Souls, Indies
Share
Tweet
Share
Submit