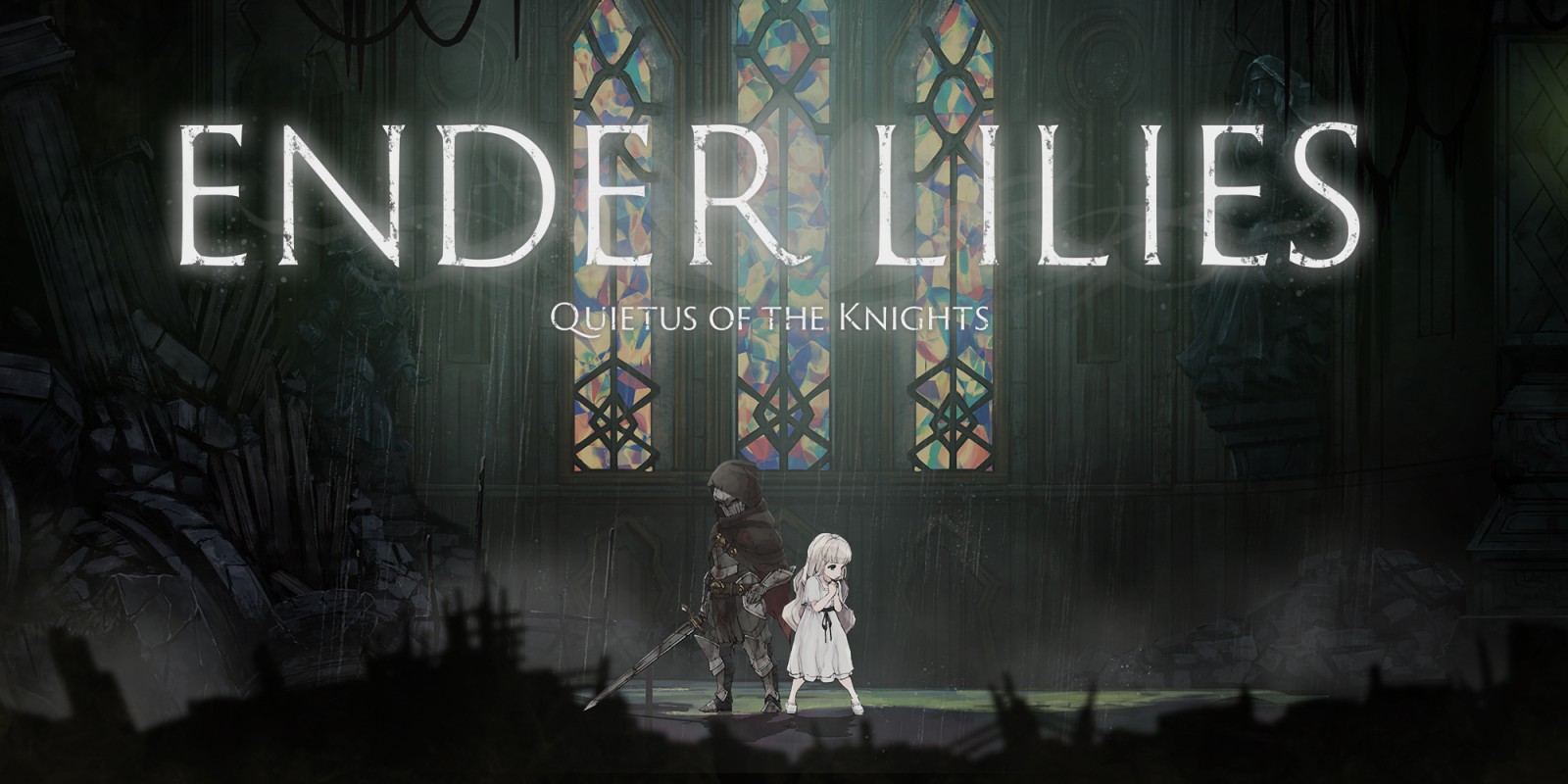 I’ve always been a fan of Metroidvania games. From the classic Castlevania games to your modern Hollow Knights, the genre has always been a unique outlet to satisfyingly challenging gameplay and interesting storytelling. As such, I find myself enthralled with these games, and Ender Lilies happen to tick the same boxes for me.

Ender Lilies: Quietus of The Knights centers on Lily, a young priestess who awakens one day with no memories in a ruined city where its citizens have been turned to monsters known as the “Blighted” due to the unusually constant shower known as the “Rain of Death.” Alone and helpless, Lily is unfit to fight the monsters that plague the land. Enter the Umbral Knight, an undead spirit that formerly served Lily who’s returned to serve again as her blade. In order to survive and progress the game, players will have to fight all manner of monstrosities and blighted foes that once served as protectors of the priestess. 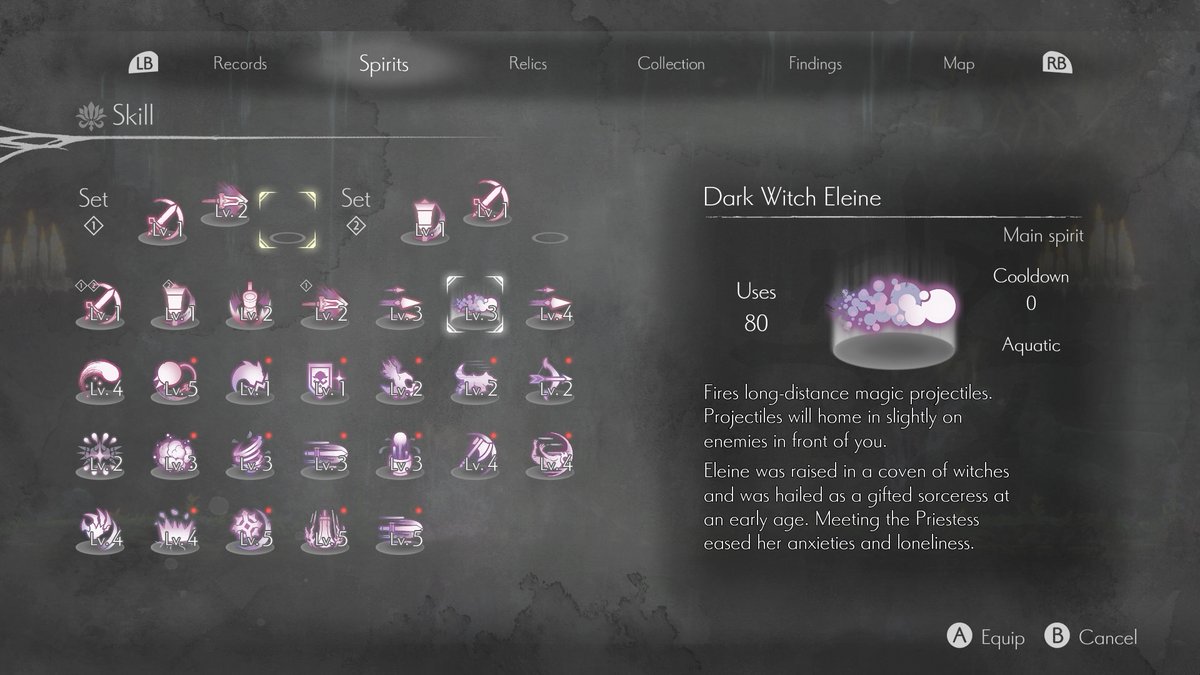 Gameplay in Ender Lilies consists of the tried and true Metroidvania formula but adds its own twist to things. As Lily is not a fighter, she makes use of spirits like the Umbral Knight to fight her battles. Whenever a boss falls, Lily purifies them and adds their spirit along with their abilities to her growing arsenal with up to three equipped at all times.

I find the concept really interesting as whenever a boss is defeated, their spirit follows Lily around and continues on protecting her like they did in life. These spirits all have their own types of attack, from the basic hack-and-slash trappings of the Umbral Knight to the poison gas of a Floral Priestess. It’s up to the player to pick and choose what spirit works best in every situation, especially during the more dynamic and challenging boss fights. These spirits can also be upgraded using consumable items called “Blights” littered about the game’s world. Each spirit has a specific type of Blight used to enhance its attacks. Other upgrade items include Amulet Fragments found throughout the game which increases Lily’s overall health. 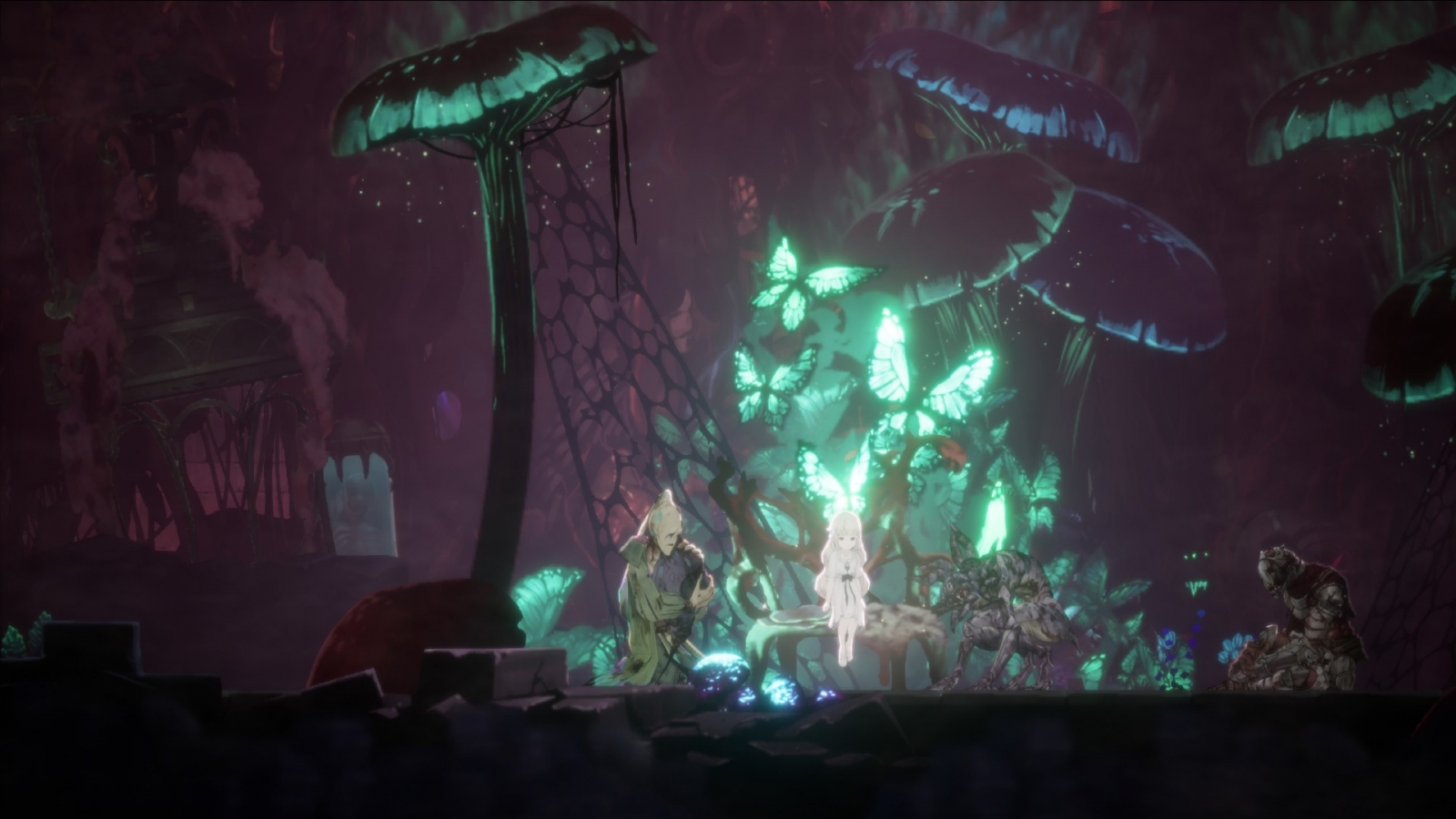 One of many reasons Ender Lilies stands out among the other Metroidvanias is the game’s bosses and the way they are designed. There are multiple mini bosses throughout the game, most of which are strategically placed. Once defeated, these mini bosses will serve as extremely helpful spirits for the more challenging main bosses. Each of the game’s bosses are unique with their own movesets and weaknesses. Some will keep you on your toes with swift, deadly, and unrelenting attacks, while others will intimidate you with their sheer size and slow but painful attacks. Each boss also has multiple phases of which are brilliantly synchronized with the game’s excellent soundtrack. Each song does a great job of invoking different feelings in the player, from upbeat tunes to melancholic piano tones. Needless to say, regardless of what boss I encountered, I always enjoyed facing them.

What further adds to the game’s uniqueness is its frankly impressive visuals and art direction. Each location stands out from the rest with awe-inspiring backgrounds and detailed models, all of which are supported by their own unique theme in the soundtrack. The game’s character models are also noticeably designed with a cutesy, miniature yet gothic aesthetic, which serves as a stark contrast to its depressing themes. 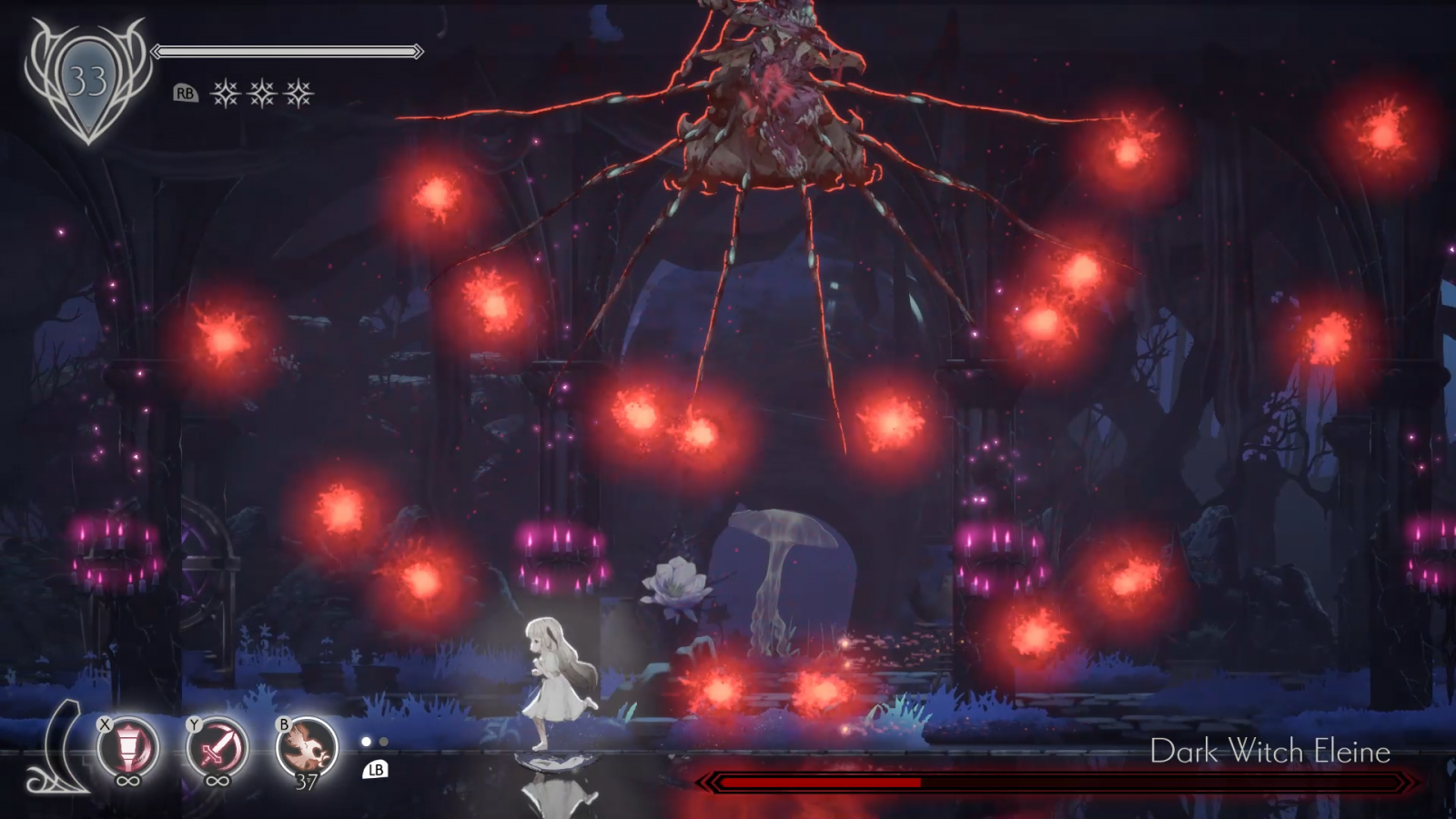 As for the game’s narrative, Ender Lilies’ story can be quite sad if you’re paying enough attention. As you progress through the game, you’ll constantly be reminded of the blight and its effect on the city’s populace. By picking up notes littered about each level, you’ll slowly learn how the “Rain of Death” began, efforts made to contain or stop it, and Lily’s role in the whole ordeal. With every boss you defeat, you’ll also learn their own tragic tales and how they succumbed to the blight.

All that said, while Ender Lilies is a satisfying experience, for the most part, there are certain parts of the game I could do without. For one, some spirit attacks are sluggish and take too long to hit. Another is the complete lack of voice acting and barely any audio during the game’s brief cut scenes. While I understand the game might’ve had a limited budget, it’s hard to ignore that it always felt jarring to notice. 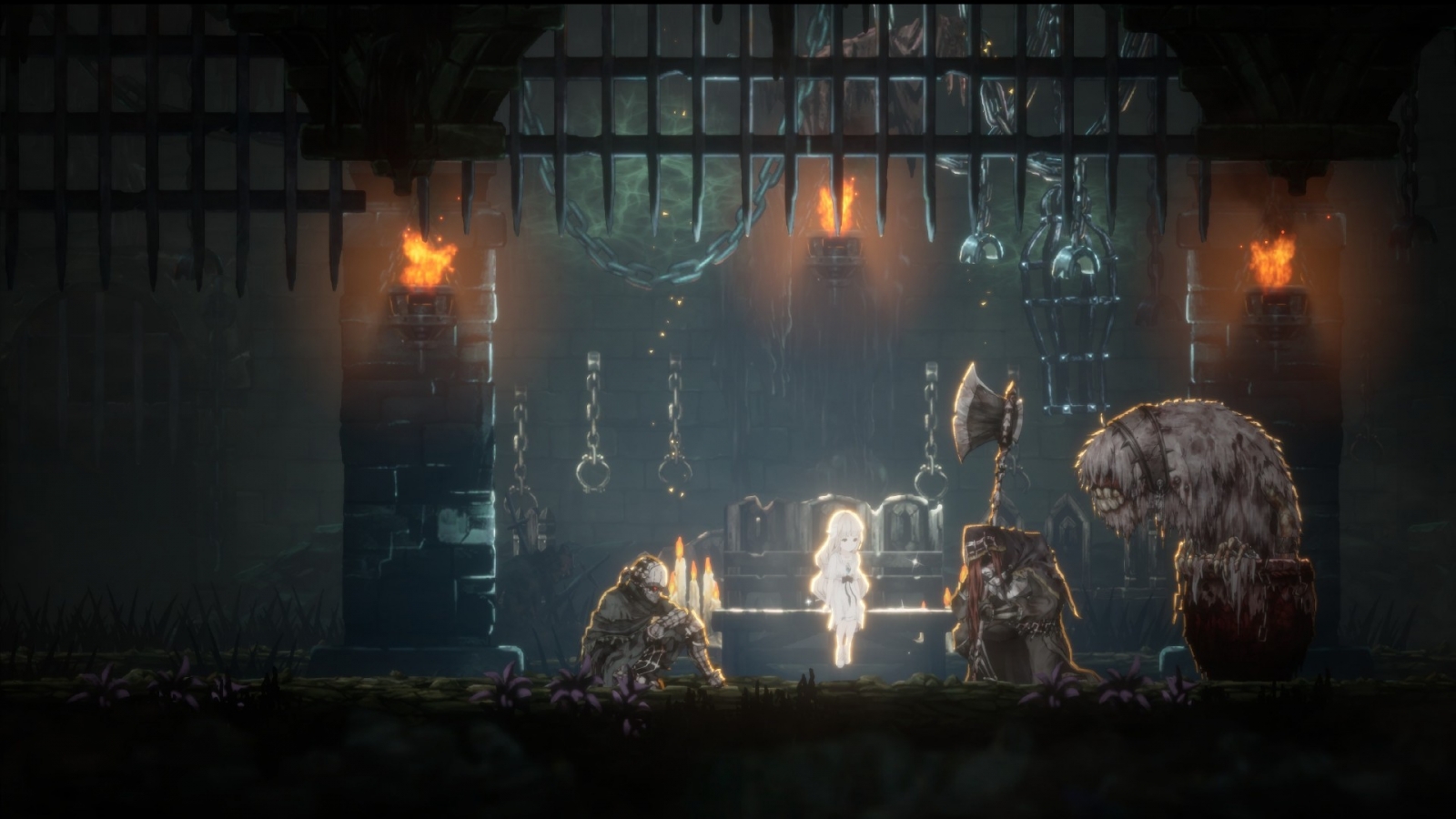 In conclusion, Ender Lilies is easily one of my most pleasant surprises this year. If you’re a fan of Metroidvania games, then I implore you to give this game a shot.

Ender Lilies: Quietus of the Knights

Ender Lilies is easily one of my most pleasant surprises this year. The game has fantastic visuals, challenging and satisfying gameplay, and an amazing soundtrack. If you're a fan of Metroidvania games, I implore you to give this game a shot as you’ll no doubt be left feeling as satisfied as I am.

Abdul Saad is an avid gamer and computer geek. He's been writing for four years on news, reviews, previews, and more on multiple gaming sites. When he isn't writing or playing the latest JRPG, he can be found coding games of his own or tinkering with something electrical.
Related Articles: Ender Lilies: Quietus of the Knights
Share
Tweet
Share
Submit