I fell in love with the charm and mechanics of The Gardens Between when I reviewed it on the Nintendo Switch back in September. This breathtakingly beautiful and mechanically simple puzzle game by The Voxel Agents felt right at home on the Switch. Using only the thumbstick and a single button, I helped childhood friends Arina and Frendt explore a series of islands, controlling not the characters, but time as they wandered through colorful and fragmented memories. Despite being a little short, it was easily one of my favorite games of 2018.

I wasn’t so sure how I’d feel about the mobile version of the title, mostly because I’ve been burned before. I opened The Gardens Between on my phone with no small bit of hesitation, since I usually find the controls and the graphics of mobile ports to be unsatisfying. I didn’t want my memories of this charming game tainted by blurry images or frustratingly wonky controls. It turns out that I had nothing to worry about. 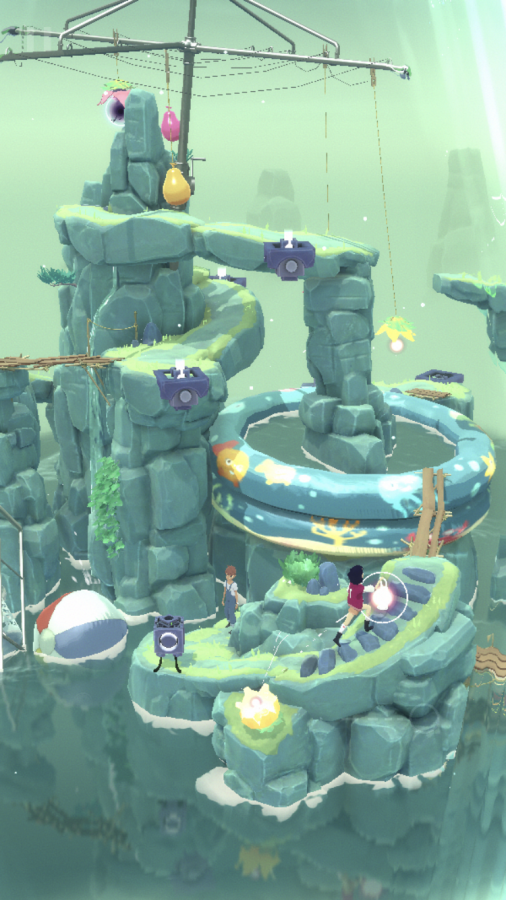 Playing The Gardens Between on iOS is a great experience, with crisp, clear graphics and seamless controls. Because you control time with a simple “right to move time forward, left to wind it back” mechanic, the touch controls are intuitive and incredibly user friendly. Stopping time at just the right moment to be able to tap an interactable object, can sometimes be a little challenging, since everything is scaled down. However, this is a minor issue, and likely completely irrelevant on a tablet screen.

I was concerned that the vertical format of the mobile version would cause me to lose scope, or lessen the beauty of the islands themselves, but this also turned out to be an empty concern. None of the intricacies, size, or complexities of the memory-laced islands were lost. The graphics have all been beautifully rendered and optimised for phones; music and sound alike are as crisp and clear as on the Switch. 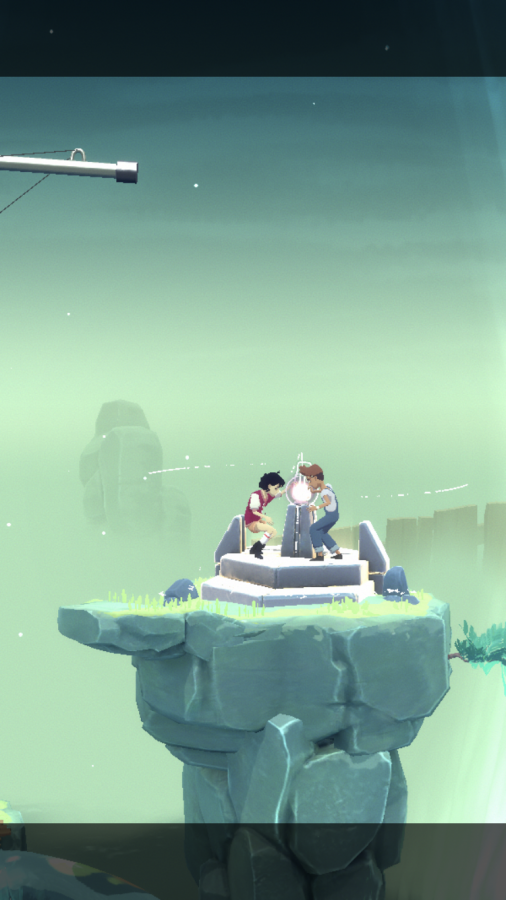 Returning to The Gardens between on iOS was a delight. It’s easily one of the best games out there for your mobile phone, even if it (still) is a bit short, with around 3-4 hours of gameplay. This wordless, bittersweet story of childhood, friendship, and memories works brilliantly on a mobile phone. Everything I said in my original review still rings true, and if you choose to play it on mobile, you can grab it for $4.99, a cool $15 less than the cost of the game on Switch.

The Gardens Between was one of my favorite Switch games of 2019, and with its mobile release, it is now one of my favorite mobile titles. The Voxel agents have done a great job of optimizing sound, controls, and graphics, making the gameplay and story just as solid, if not a tiny bit better, on a cellphone than it was on the Switch.

Best known online as damphyr, Kay Purcell is a purple haired popular culture expert and San Diego Comic-Con panelist who spent fifteen years as as a Senior Community Manager and Brand Writer for DeviantArt. An avid shiny Pokemon hunter, she has a habit of nerding out over video games, cats, VR, and geek culture.
Related Articles: The Gardens Between
Share
Tweet
Share
Submit