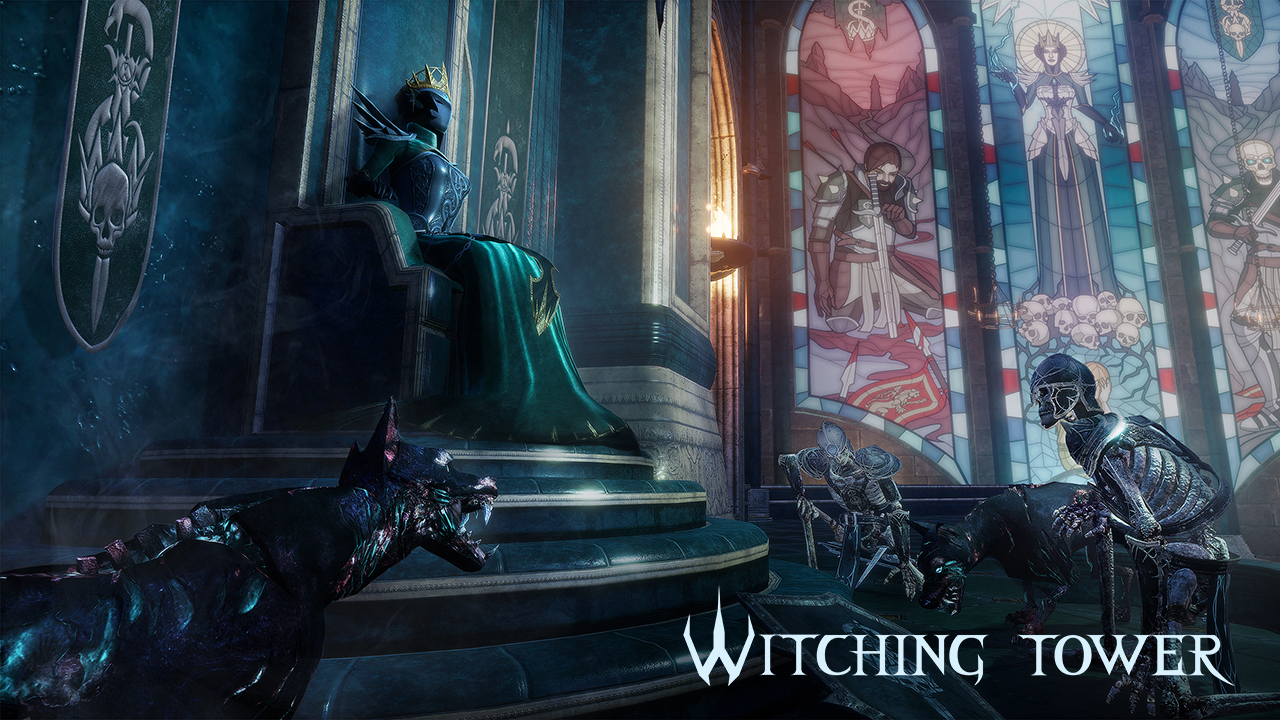 At first look, it would seem that Witching Tower is just another attempt at a horror VR title, but that couldn’t be further from the truth. It’s actually a gothic action adventure title with plenty of lore and a plethora of puzzles that prevent you from navigating the tower. In fact, despite the dark visuals, they are a contrast with the lighthearted dialogue from the floating head that follows your every move. 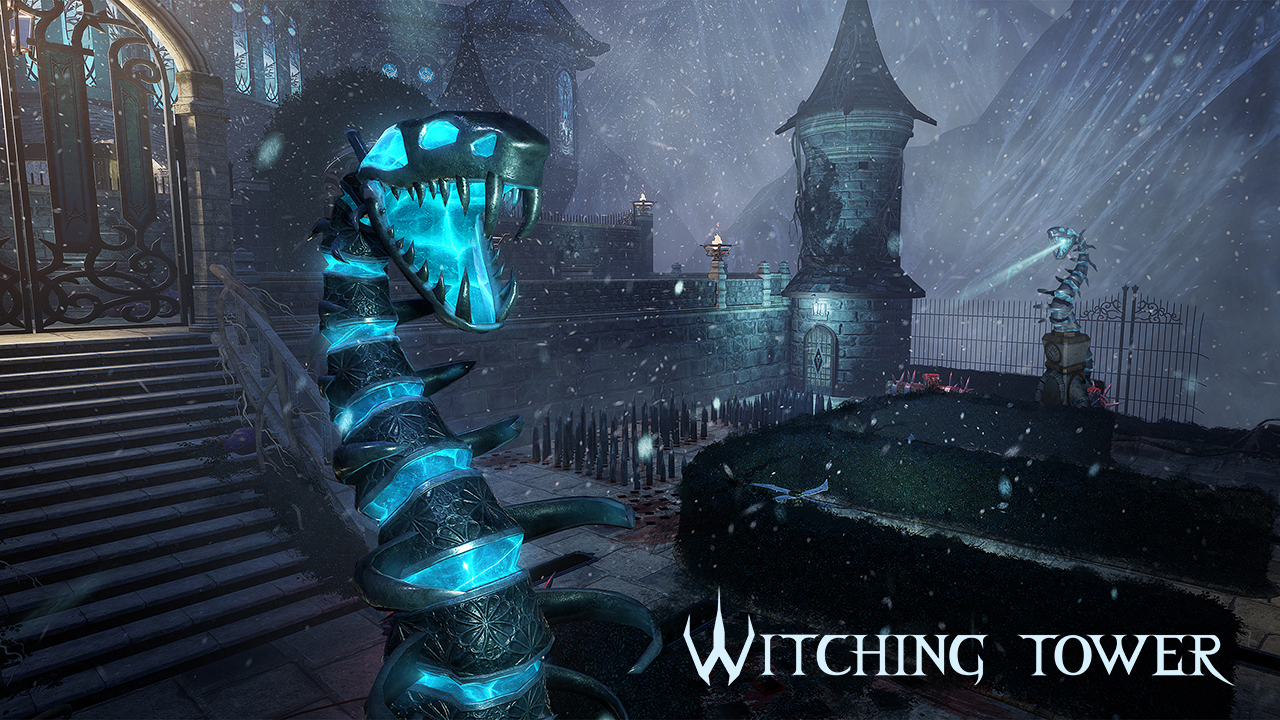 You play as Anna, a young girl with magic powers that has recently been locked up by the evil queen. You have a few magic powers such as the ability to see secrets along the walls (done by pressing Triangle) and a lasso that can be used to pull objects down. The lasso isn’t used as much as I’d like it to be, as it’s very satisfying to drop something heavy onto an enemy.

Movement can be done via two different ways. You could either teleport to different positions within the room, or change to smooth locomotion. I found that proceeding with smooth locomotion often led to colliding with unexpected walls, almost as though the game had teleportation in mind. This also makes sense within the game world, as Anna is supposed to possess magic. 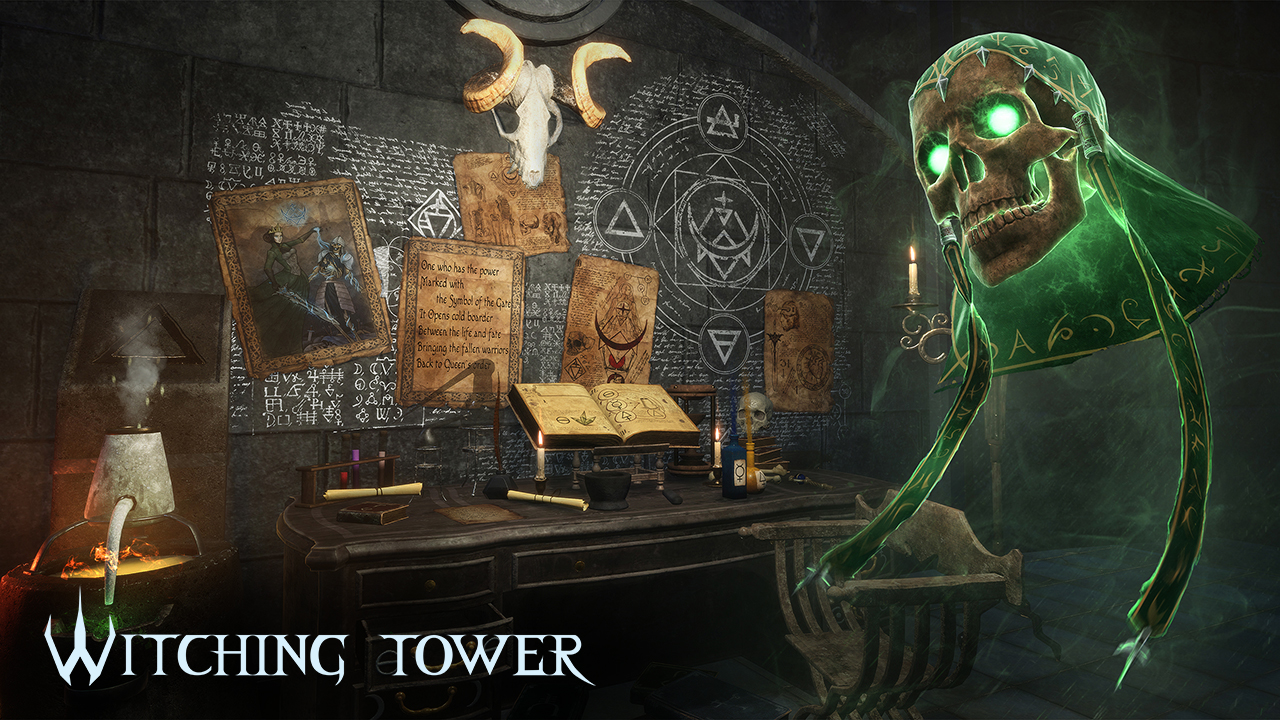 While there are weapons such as a bow (that is always with you when you pick it up) and swords lying around, you can still use other objects such as torches and bones as weapons outside of their intended use. Torches and swords can be placed on your belt, but it can be occasionally awkward to reach down to pull it off. Other objects can be stored in a bag held on your hand. From experience though, it’s difficult to pull something out of your inventory mid battle as you have to open your pouch with one hand, select the object with another, then put the pouch back on your arm. This is where teleportation comes in handy again, as you can quickly move out of the way of enemies. 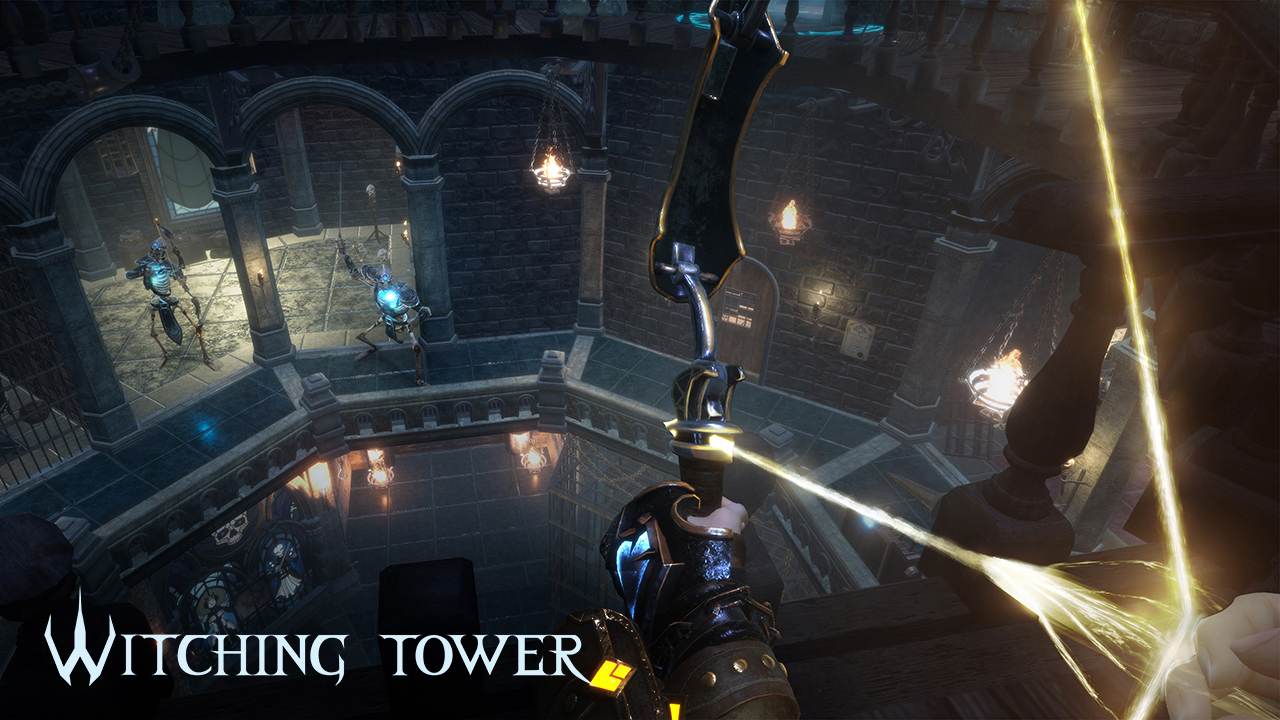 You can take out the enemies by hitting them with an arrow, though I’ve found the bow better for taking out distant enemies before they can reach you, as it isn’t the most accurate weapon the closer they get. Closer enemies are more of a challenge. The hit detection is also a bit wonky when it comes to melee weapons. If they are too close, your weapon seems to go right through them. Most of the time, they’ll approach you at a distance where you conveniently reach them, so this isn’t too much of a problem.

Lastly, every section of the game has different cards to find. They’re hidden quite well, as I still have several I haven’t been able to track down. Before you end a section, the game will warn you if there are still cards remaining. This definitely increased my playtime as I’d backtrack in an attempt to find these cards and occasionally stumble into a new, optional puzzle. 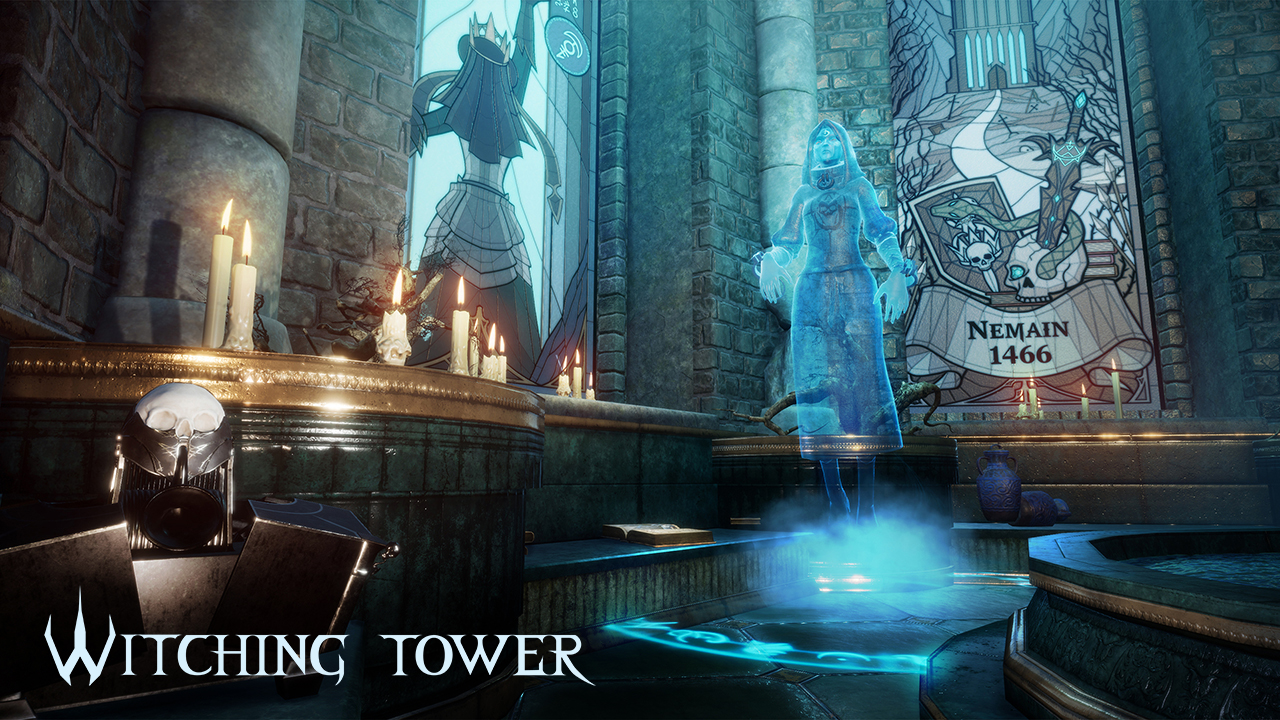 Where this game shines is its puzzles. While plenty of VR titles have puzzles that can be completed easily, Witching Tower requires a little more thought. Occasionally, I’d have to search around the area to find a certain object, which itself could be difficult to find. Some of these puzzles are blocked by tortured spirits that must be freed by burning a certain object of theirs. Using your special vision, they’re often easy to find, but it’s not always a walk in the park.

Witching Tower is a decent VR experience especially for its price. While there may be some wonky hit detection and collision when using smooth movement options, its environment is wonderful and its witty writing keeps you entertained through what should be a grim adventure.

Witching Tower is a decent puzzle adventure title with good level design and plenty of secrets to find. The hit detection and melee combat can be a bit wonky and the bow isn’t entirely accurate, but it makes up for this with its puzzles and immersive atmosphere.

Sean Anthony likes to combine two of his passions: gaming and writing. Gaming has been a huge part of his life ever since he played his first game as a child, Kirby's Adventure. He aspires to have his name attached to an article that makes the whole world go, "Huh, that's neat, I guess."
Related Articles: Witching Tower
Share
Tweet
Share
Submit