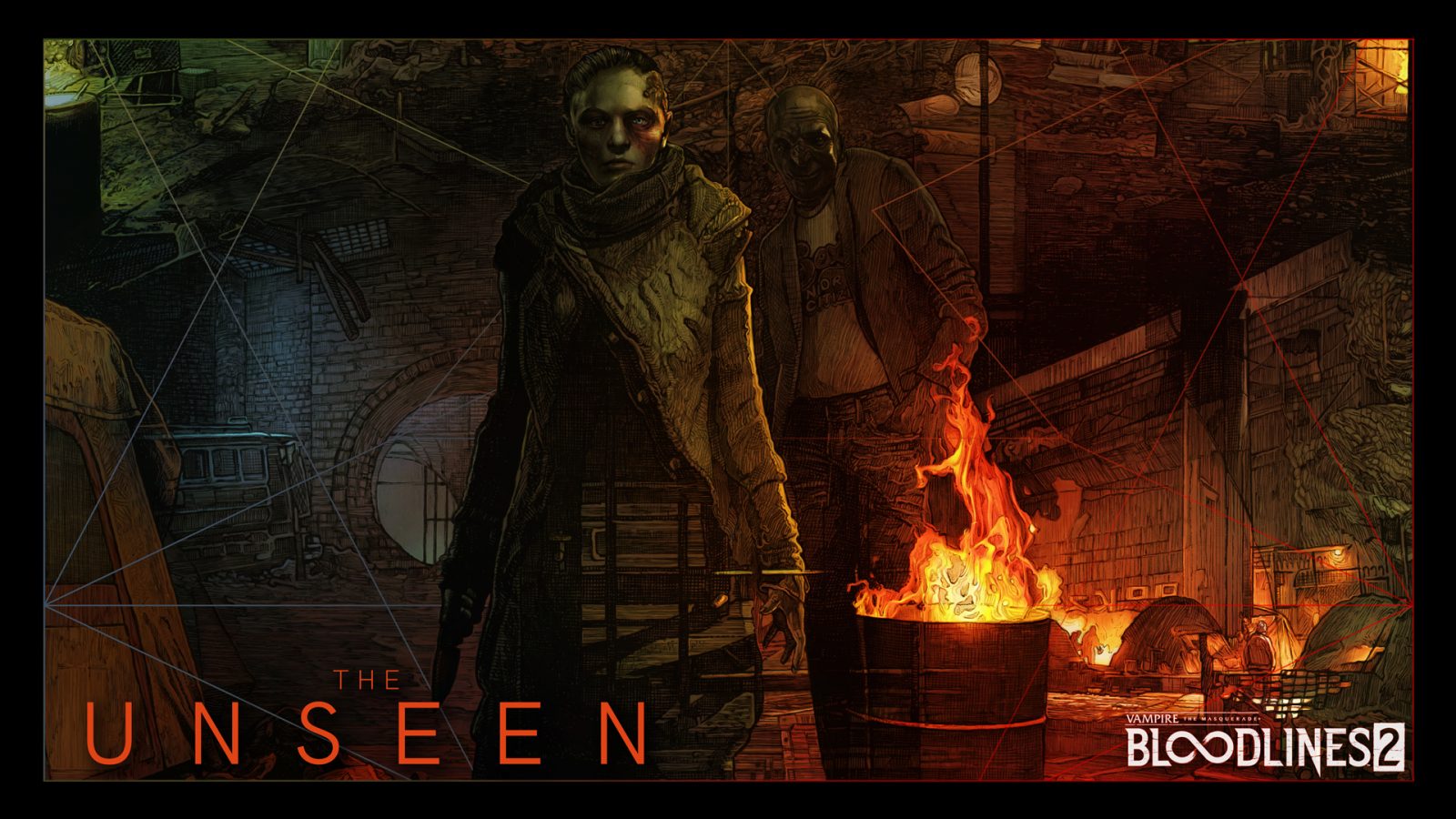 With the reveal of The Unseen, the five factions have all been revealed for the upcoming Vampire: The Masquerade – Bloodlines 2. These five factions are The Pioneers, The Camarilla, The Baron, The Newcomers, and The Unseen.

Some of Seattle’s Kindred factions work from penthouses, others from art galleries and nightclubs. The Unseen, however, come from below, from the city’s literal Underground. In stark contrast to the city’s other factions, the Unseen consist exclusively of Nosferatu. The Clan of the Hidden has long been excluded by Seattle’s other vampires. So, the Unseen began among the homeless and destitute – the unfortunates that most people wilfully or subconsciously ignore. Led by the Council of Three, the faction has grown and excels at gathering intel and trading secrets, counting journalists, hackers, and engineers among their ranks. The Unseen can be a powerful ally. If you can find them, of course.

Vampire: The Masquerade – Bloodlines 2 will be released in March of 2020 for PlayStation 4, Xbox One, and PC. For more information on The Unseen, visit the official website.