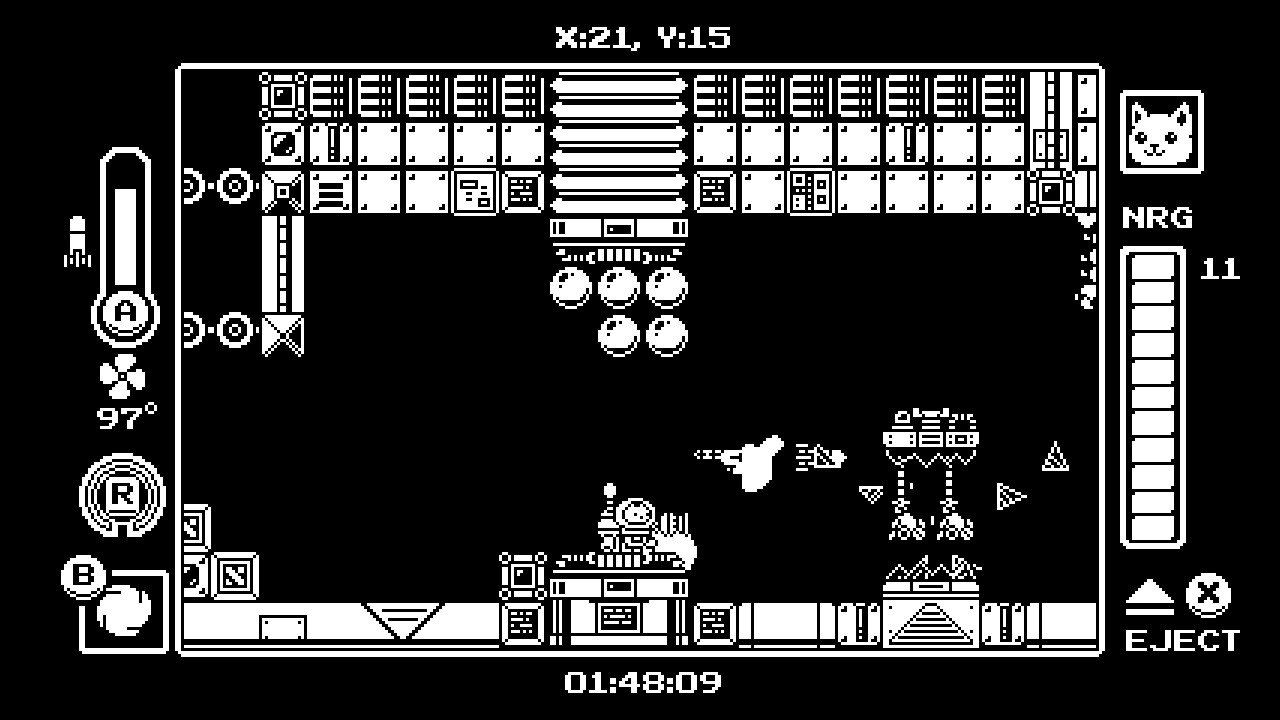 Considering Metroid Prime 4 isn’t due for quite some time, there have been a ton of Metroidvania games to fill in the alien-shaped hole Samus has left. From Salt and Sanctuary to Dead Cells and even the recently released Bloodstained: Ritual of the Night, there’s no shortage of titles to stretch your exploration muscles. Doinksoft recently released Gato Roboto into the fray, and while it’s a good introduction to the genre and boasts a pretty inventive art style, there isn’t much here to satisfy after all is said and done. 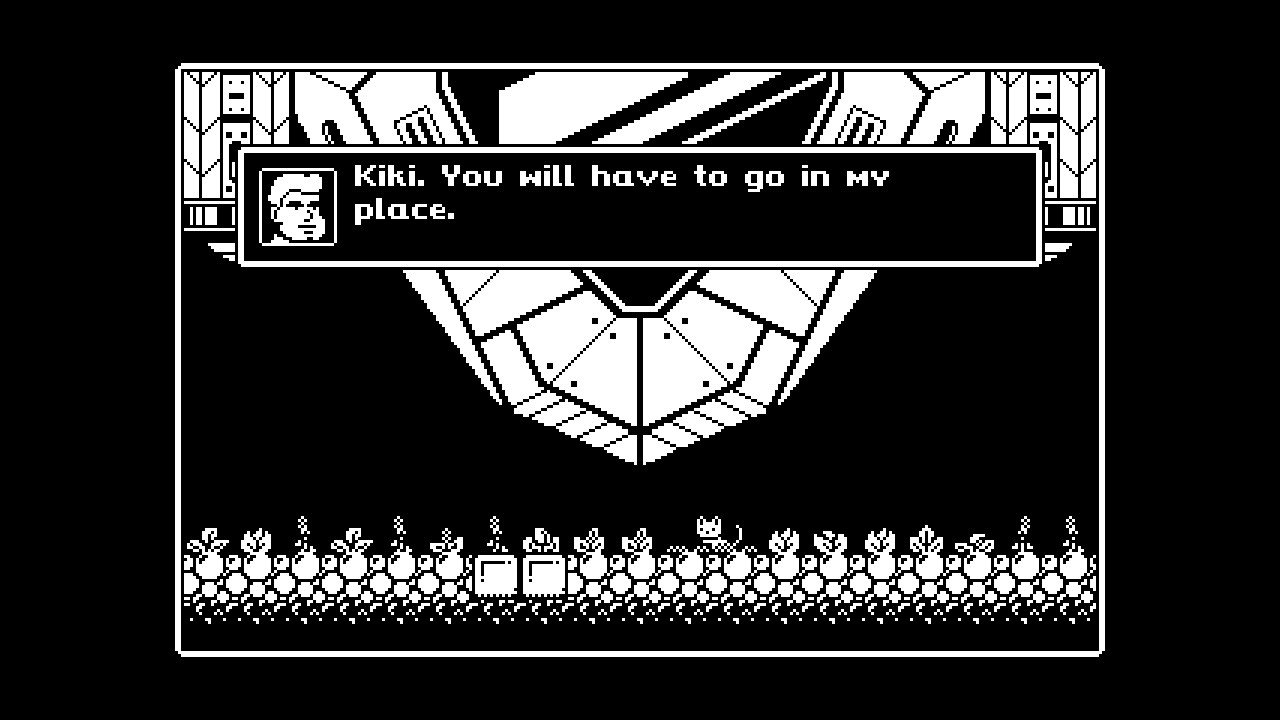 In Gato Roboto, you play as Kiki, a cat that accidentally crash landed her master Gary’s spaceship onto a strange planet. As Gary is injured, it’s up to you to pilot a Mechsuit and traverse the expanding area in order to make heads and tails of the situation. During your playthrough, you’ll also encounter a mysterious rat that stands between you and sweet freedom. It’s a story that doesn’t really do much, but there’s enough that it’s serviceable; in between areas are logs that you can view that tell of people who have either left or perished in this place. 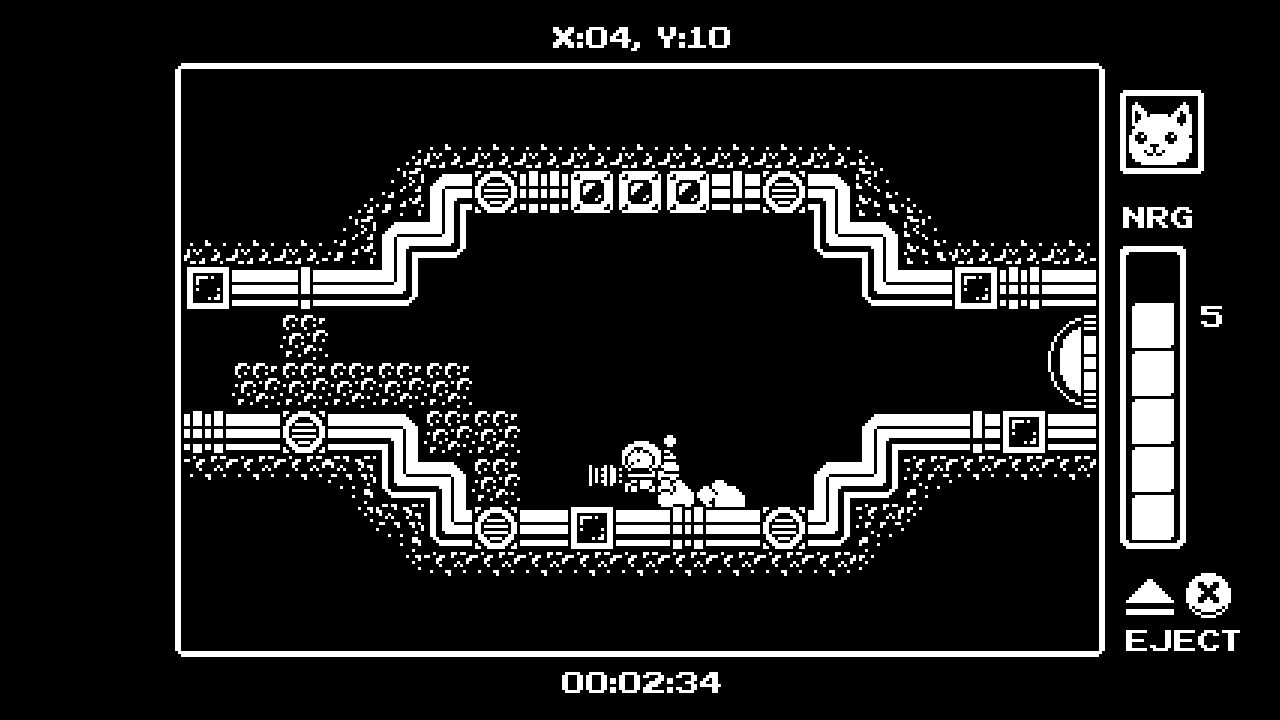 Like most Metroidvanias, Your character is initially weak and has a peashooter for a weapon. In order to get stronger, you have to explore the world in search of modules that will increase stats like health or give you weapons like missiles. However, much like Blaster Master Zero, you can detach from your mech and explore the world as Kiki, who can climb through small spaces and swim in water (though there is a submarine that you can also pilot). While the mech can survive damage while you are piloting, one hit when alone and it’s back to the nearest checkpoint for you! The main goal is to explore three different worlds through the main hub world and then head to the lab to finally uncover the mystery of this place. Throughout the journey, you’ll face different enemies that you need to shoot or avoid depending on your goal. Once you get new upgrades, you can backtrack to previously inaccessible areas to get item upgrades.

While finding upgrades is going to take priority (especially vital ones like a double spin jump ala Sonic or a dash move that makes you invulnerable for a short time), you can also collect cassettes that will grant you different color palettes or even more powerful shot types for your main peashooter. The cassettes highlight the minimal yet aesthetically pleasing pixelated style of Gato Roboto. Compared to games like Minit or Downwell, this game has the 1-bit black-and-white color scheme, which makes for a simple style to read enemy attacks and get an easy view of the terrain. I did enjoy the graphics for being a nice little throwback to the pixelated classics. 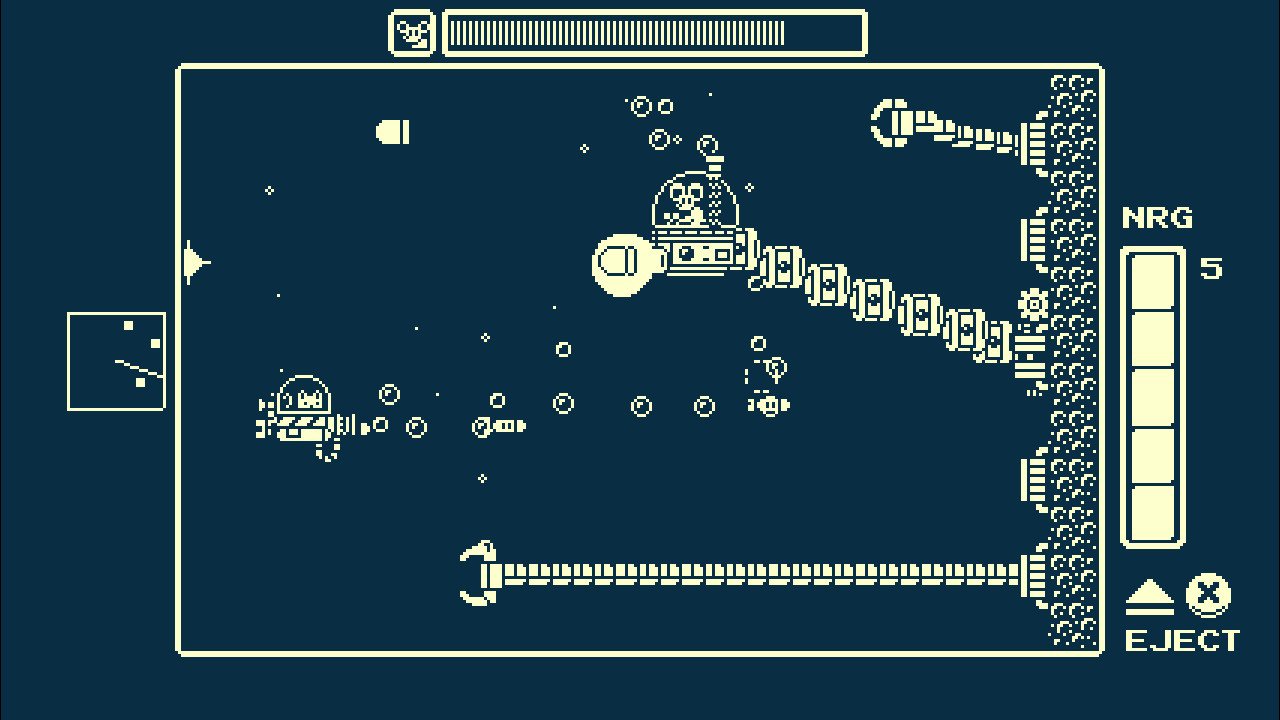 Another highlight of the game were the boss battles. While there are only a handful (mostly encounters with the mysterious mouse), each one really pushes the mechanics you’ve obtained at each point and stretches them out to their logical conclusion. These were the only times I felt challenged in the game, and they were all pretty memorable. One standout boss was when Kiki did not have her Mechsuit, so she had to use two different cannons in order to damage the mouse boss.

Unfortunately, the game’s pretty much over before it gets good. While I did criticize Blaster Master Zero for being short at around six hours, this game is more brief; I finished my (admittedly rushed) playthrough at a little over two hours. While you can try and get 100 percent by grabbing all the upgrades, it’s certainly doable with just the bare minimum. The game is a budget release, and it’s a good value for the retail eShop price tag, but I wish there was more incentive to go back.

It’s also rather telling that the regular exploration areas pale in comparison to the innovative boss fights. I feel like it would have been cooler to make this game a short but entertaining boss rush rather than a generic Metroidvania. Because you can only heal at save points or when you collect an item, fighting regular enemies doesn’t yield a tangible reward (other than proceeding to the next area if it’s blocked off). They can be tricky to dodge when playing as the one-hit version of Kiki, but other than that I ended up avoiding fights just because they would cause my health to decrease for no reason. It’s a little on the easy side of things, with a generous amount of checkpoints, so it’s great for those trying to get into Metroidvania titles.

Elisha Deogracias is an aspiring accountant by day, freelance writer by night. Before writing for Gaming Trend, he had a small gig on the now defunct Examiner. When not being a third wheel with his best friends on dates or yearning for some closure on Pushing Daisies, he's busy catching up on shonen manga and wacky rhythm games. Mains R.O.B. in Smash. Still doesn't know if he's a kid or a squid.
Related Articles: Gato Roboto, Indies
Share
Tweet
Share
Submit