Earlier this week, Studio MDHR announced that it will move its DLC expansion for Cuphead to next year, citing the need to get the content just right as well as making the new expansion in a sustainable and healthy way for the team. Previously announced for release later this year, Cuphead: The Delicious Last Course will feature Ms. Chalice as a third playable character as well as a new location filled with tough bosses.

First and foremost, we wanted to thank the wonderful Xbox community for the kind words about our recent Free Content Update. From those who had been itching to play as Mugman, to players who were able to visit the Inkwell Isles for the first time in a new language, we’ve received a whole new wave of support for our little animated adventure. We really wouldn’t be able to do what we love without you folks! On that note, we know fans have been hungering for more info about our upcoming Cuphead DLC.

While we initially announced a 2019 release date for the Delicious Last Course expansion, our highest priority is making sure this new adventure meets the meticulous level of care and quality we always strive for. We want to be absolutely certain that this next adventure feels at home in the world of Cuphead and is full of moments that surprise and delight players. Furthermore, the development of the original game taught us a great deal about the importance of making things in a way that’s healthy and sustainable for our team.

With that in mind, we’re taking a page out of Chef Saltbaker’s book, and spending the necessary time to get the recipe just right – this means that we’ll be moving the release of The Delicious Last Course to 2020. This wasn’t an easy decision to make, but we’re confident it’s one that will result in a higher quality experience that’s all the sweeter when it does arrive.

Rest assured, we remain hard at work on this new isle, which will bring a whole bevy of screen-filling bosses, exciting weapons & charms to wallop with, and of course, a brand-new playable character…the lovely Ms. Chalice! 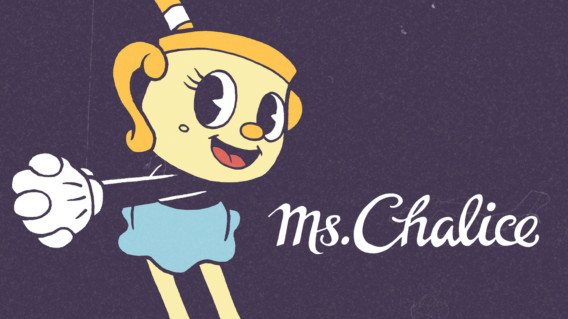 Not only will Ms. Chalice have a distinct play style and unique abilities – like double-jump! – but she’ll be playable across every isle, allowing you to re-experience the original Cuphead in a completely fresh way. We’ve learned so much about animation and really honed our technique during the development of Cuphead, so expect some particularly wacky and wild moments this time around! As well as a few surprises we aren’t prepared to talk about just yet.

So, while the wait for The Delicious Last Course is set to be a little longer than expected, just know that we’re pushing to ensure the end result is cooked to perfection. And in the meantime, we hope this amuse bouche teaser will whet your appetite for the feast to come next year!

Check out the trailer above, read Mike’s review of Cuphead, and stay tuned for more news here on Gaming Trend.