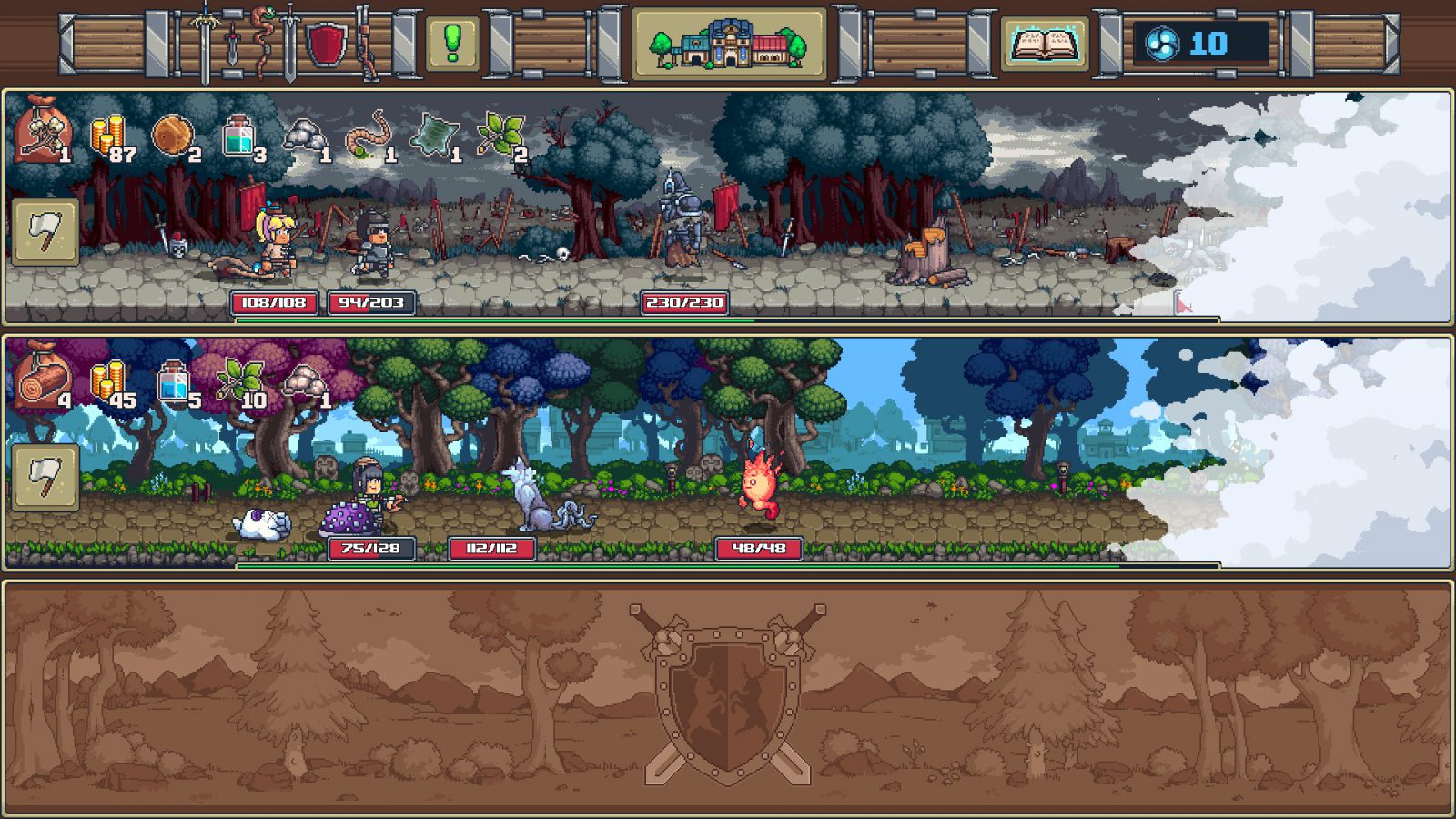 Why fight hordes of enemies when you can send others to do it for you? Why explore ruins, forests, and battlefields when you can have those same heroes fighting enemies to do it for you as well? This is the basis for Swag and Sorcery, a game where you send out your heroes and micromanage all of the aspects of being a hero without getting to be one. But, besides what is ultimately a helicopter parent simulator, does the game have anything else going for it? 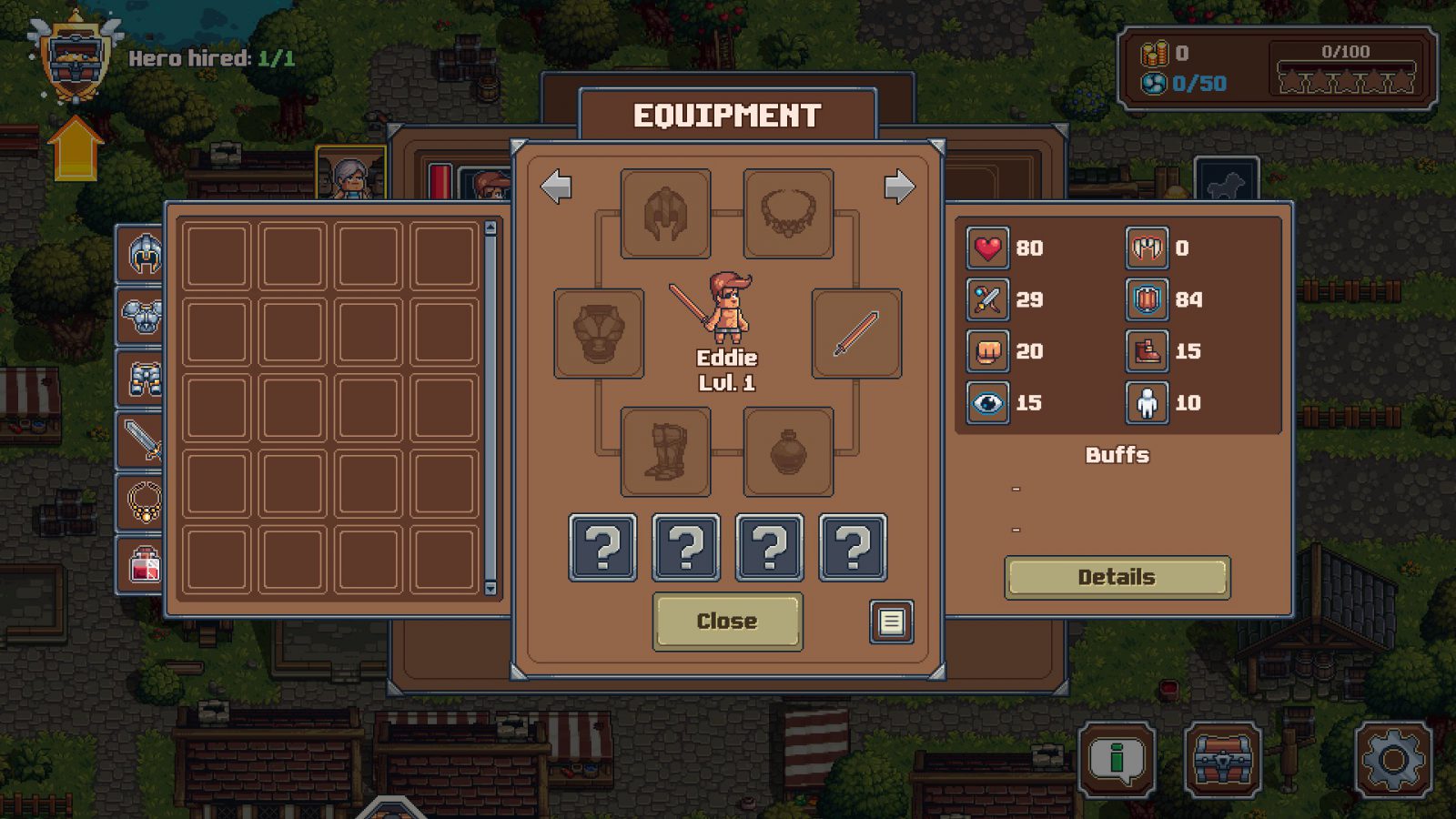 What your first hero looks like starting out. He has so much potential…

In the beginning, you start with one hero. You don’t get to name him or give him any special stats, and he exists as his own character and you direct him where to go. You can have your hero make new materials, weapons, and armor, which takes time to complete, or you can send them out to explore. Exploring takes time, but there is a danger to it. If your hero falls while exploring, they’ll lose every material they earned on that exploration. That said, they’ll only lose what they got on the exploration, health points which will regenerate, and their mood will be lowered, which can be brought to their satisfaction for cheap at the spa. Their mood impacts their ability to fight and craft materials and it automatically lowers over time. A good enough mood can even give your heroes the chance to attack an enemy twice. 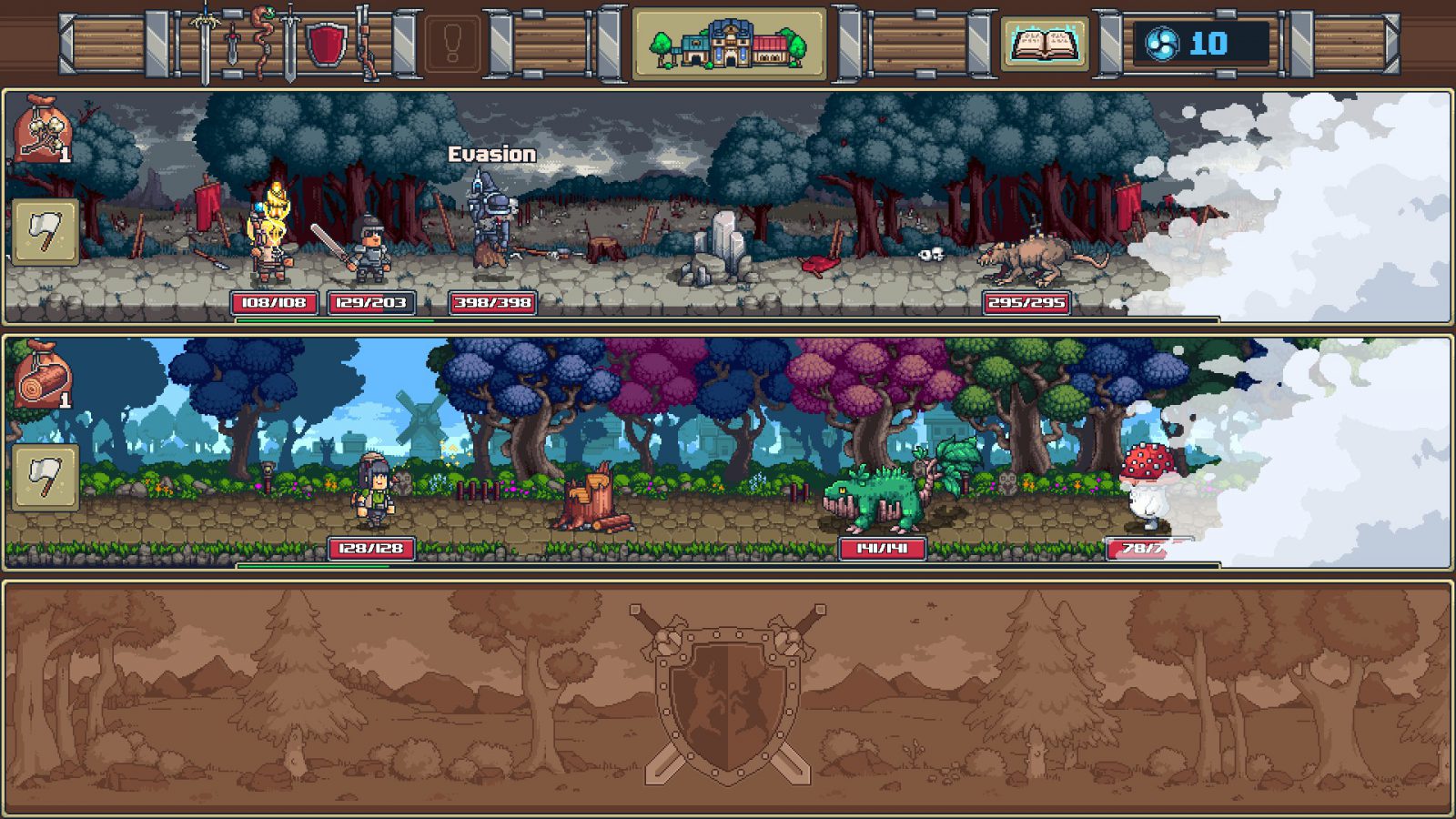 Oh what I’d do for everyone to be in a good mood right now.

The explorations aren’t all-or-nothing. If you feel like your heroes are going to lose, you can hit the white flag to pull them out. This doesn’t let you keep all of the materials found along the way, but it’s better or nothing. With exploring and crafting new weapons, Swag and Sorcery started off as an addicting romp through an interesting town in hopes of building the coolest team possible. The excitement quickly faded and what I was left with was a little more discouraging. 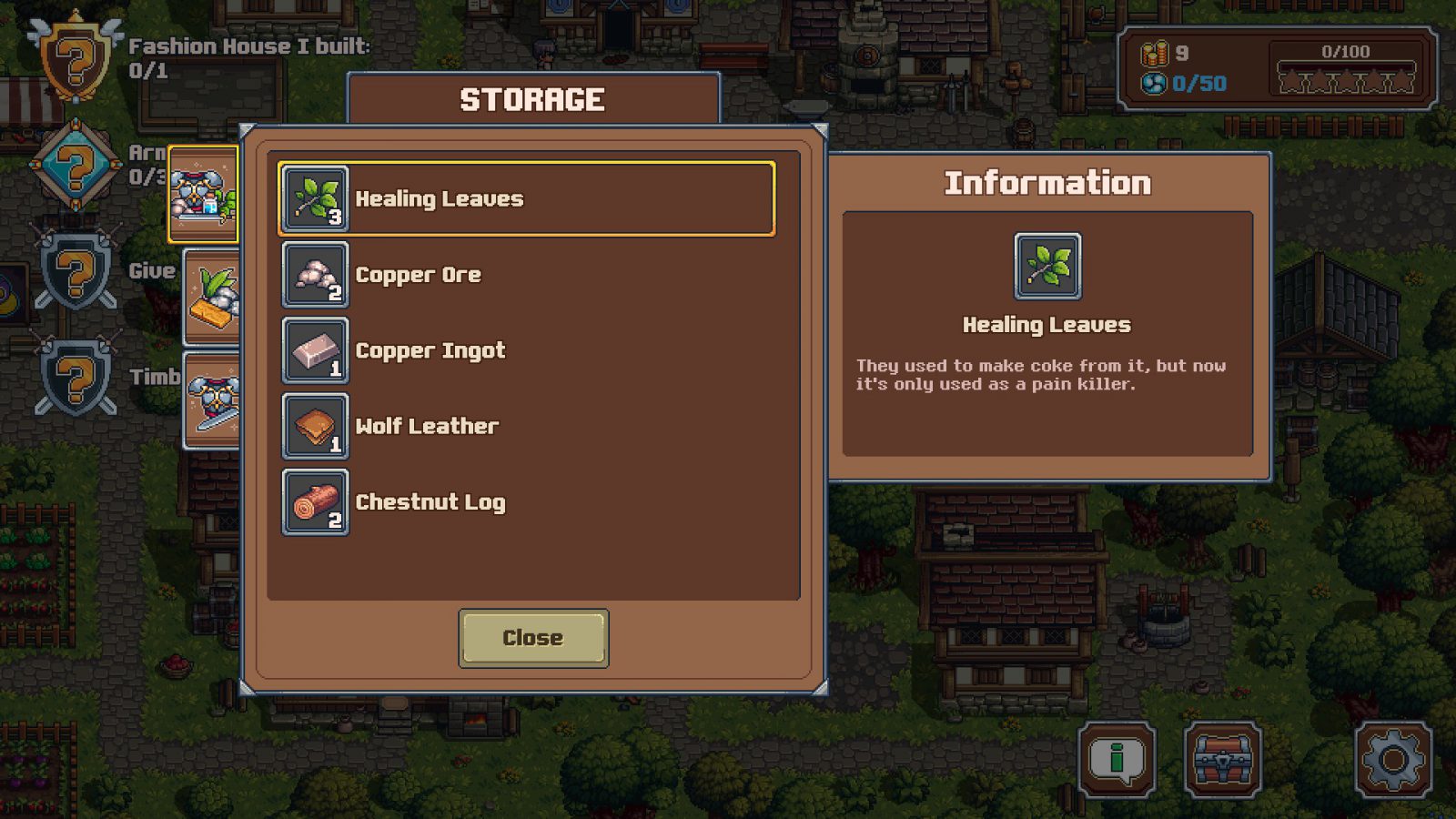 These are materials I found and made. They’re used to make other materials and equipment.

The biggest issue is that Swag and Sorcery doesn’t exactly know what it wants to be. By giving me the ability to pull heroes out of missions, it gave me a sense of urgency to watch their every move to make sure they aren’t getting dealt a bad hand. This would be a good thing if it didn’t feel like I was watching the same two situations unfold every time with little variation. However, I would occasionally intervene with a spell such as healing or a fireball to do damage. 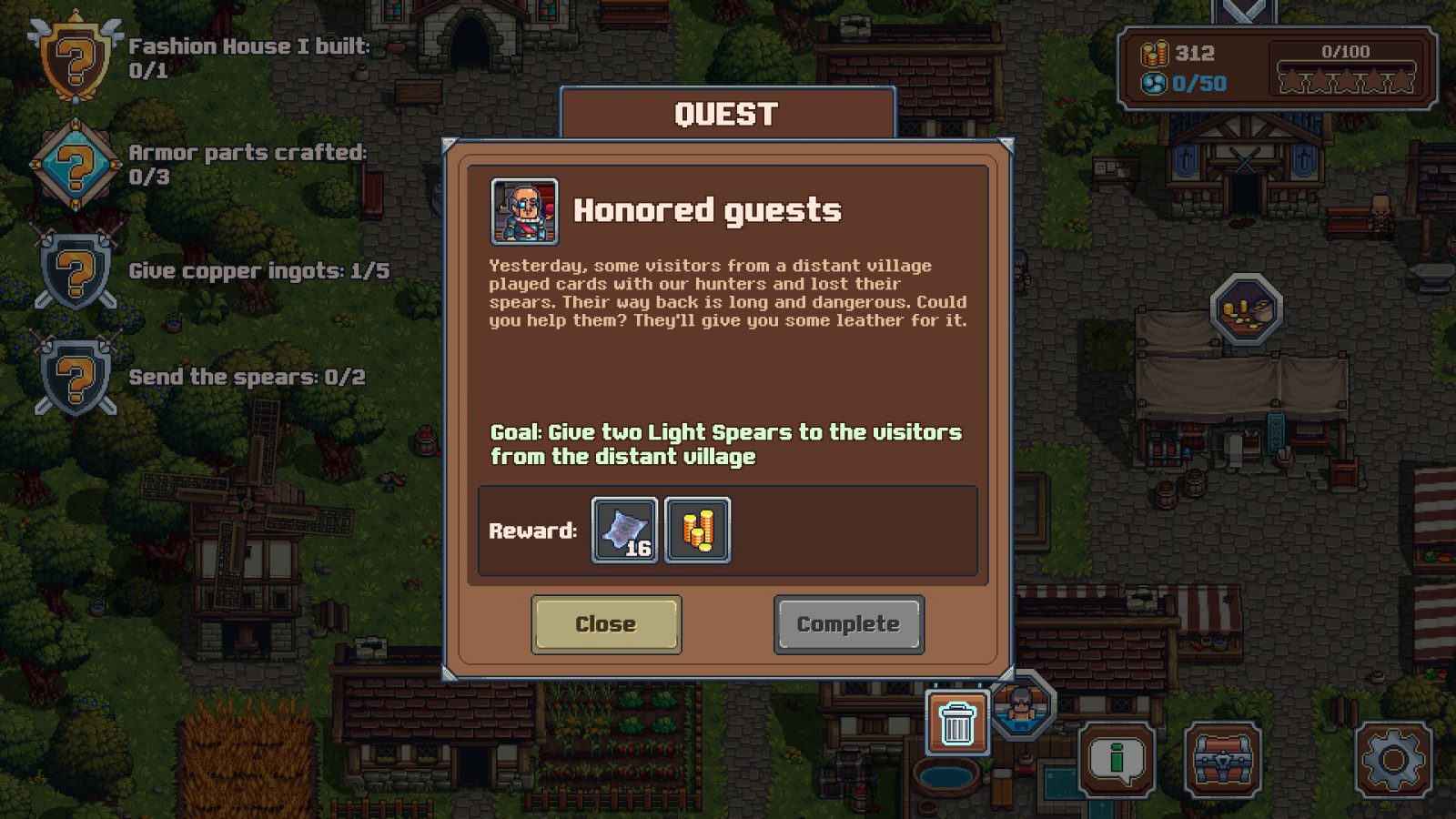 You can do quests for people in town. The reward is usually a random piece of equipment or money.

Sometimes, there will be more elite monsters (monsters more difficult than their regular variants) than there are resources, and my team wouldn’t stand a chance. It has all of the elements of an idle game, but all of the explorations could go wrong if I’m not there to watch over their every move unless they’re ridiculously overpowered. On the other hand, there isn’t enough to do on the micromanage side.

Each time an exploration is completed in an area, the progress bar towards the boss goes up slightly. At 100%, I was able to face the boss of the area, but losing any excursions would drop the percentage down, even if it was pulling my little dudes out of danger. This made the path to the boss an RNG filled grind, and the boss itself has a gauntlet of enemies before it, ensuring that your heroes will be weak before they take on the big bad. During one of the areas, I felt like I was grinding to reach the boss, only to learn that the boss can one-shot my heroes and I have to grind even further to earn enough money to level up my heroes to beat the boss. 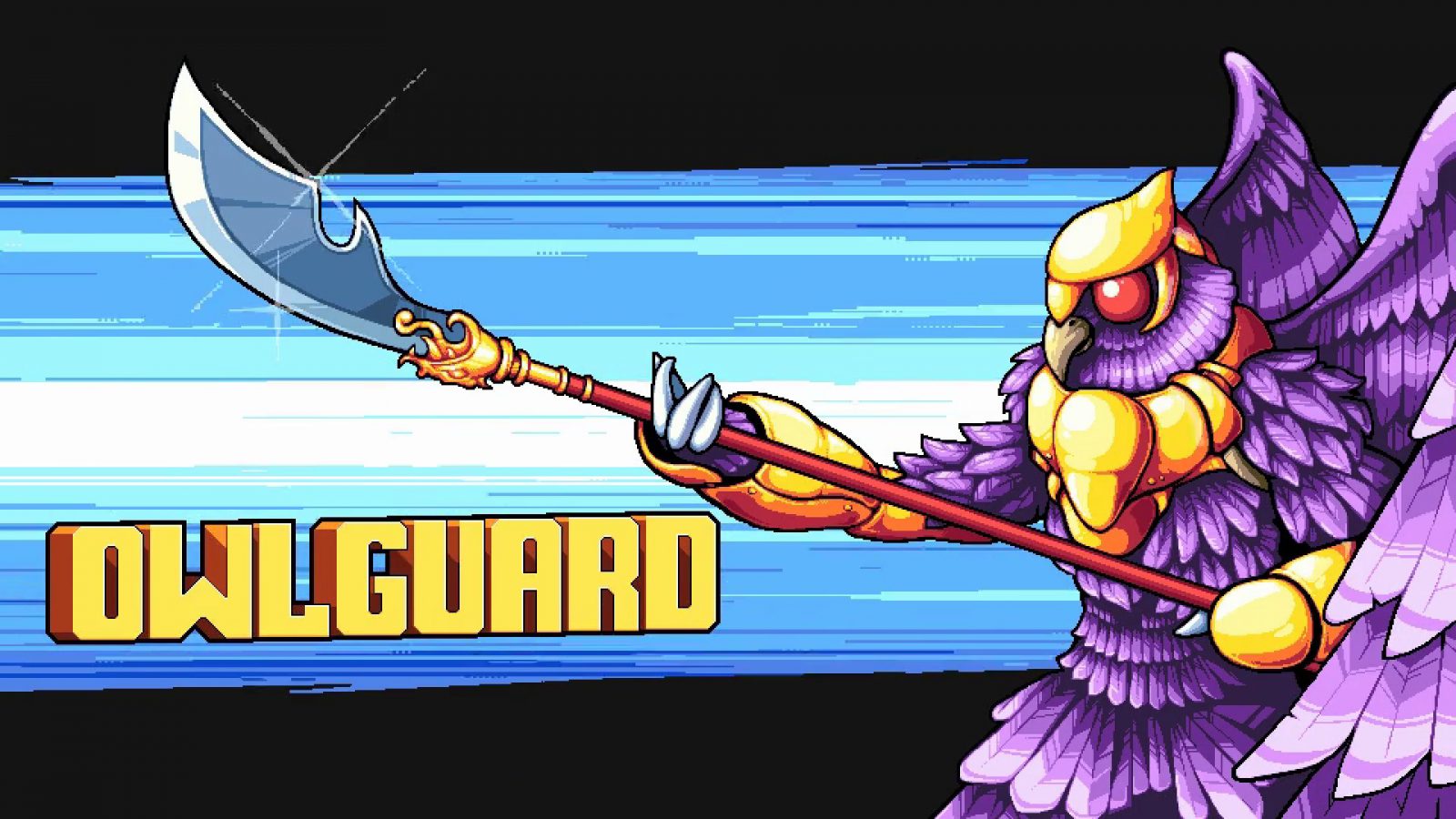 The first boss, the menacing owl with a pointy stick.

There are also competitions my heroes could partake in. During these contests, I had to dress up my heroes in focusing on a specific color to earn points. The judgement of these contests felt more random, however, but I probably just never grasped what exactly I was doing wrong. The worst part about these competitions is the waiting. You have to wait for every competing hero, including your own, to be judged, and since most of my heroes were partaking in the competition, there wasn’t anything else I could do while I waited until further on when I had a hero to spare and run errands. 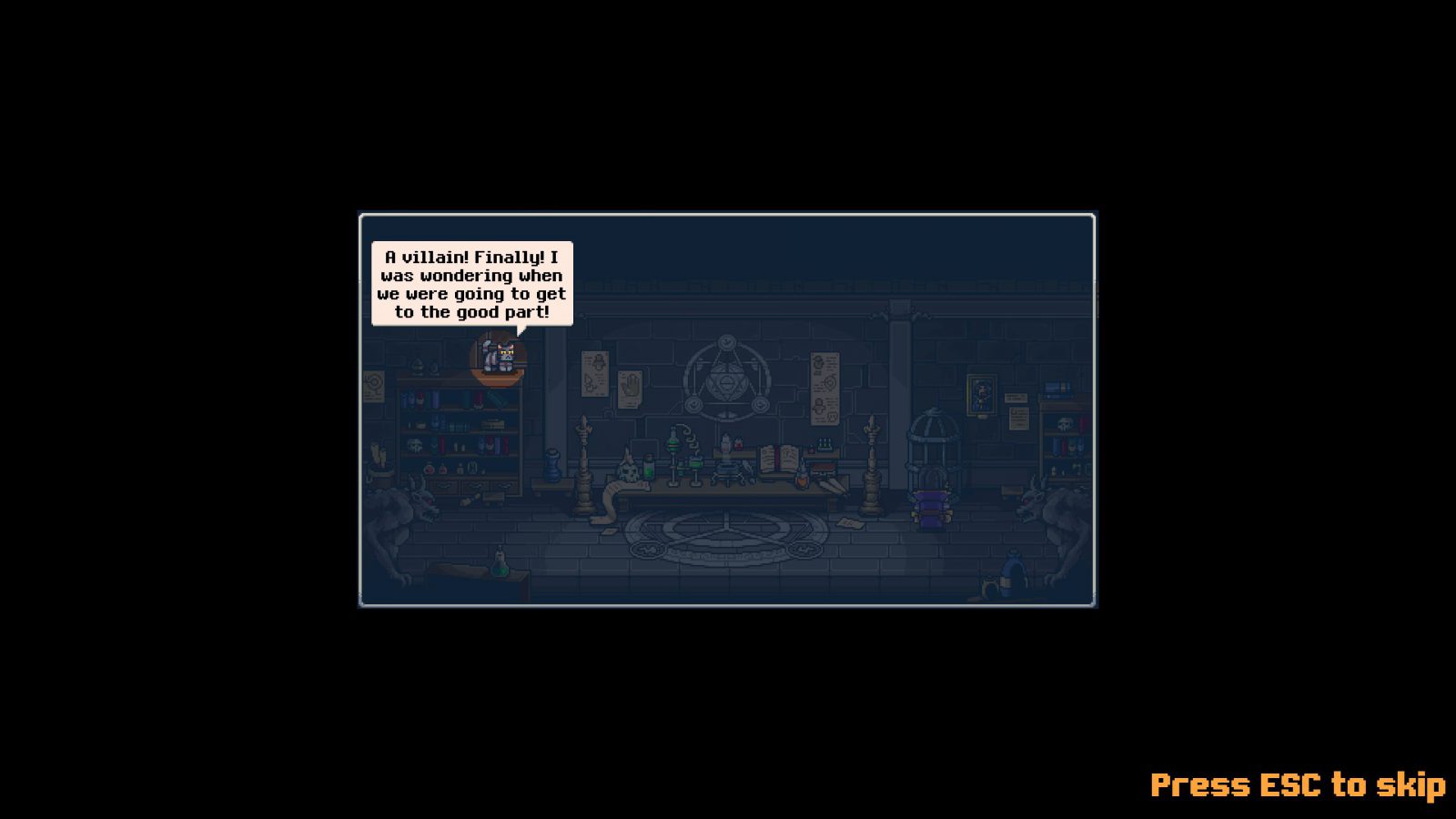 Funny enough, this scene marks the point where the “good part” ends.

Lastly we have the story. It’s a simple tale about a king searching after sacred clothing and dark forces trying to take over the kingdom. It attempts to be humorous, though the dialogue felt flat, and I found myself bored through most of the scenes as I waited to get back into the game. At least you can skip these sequences. 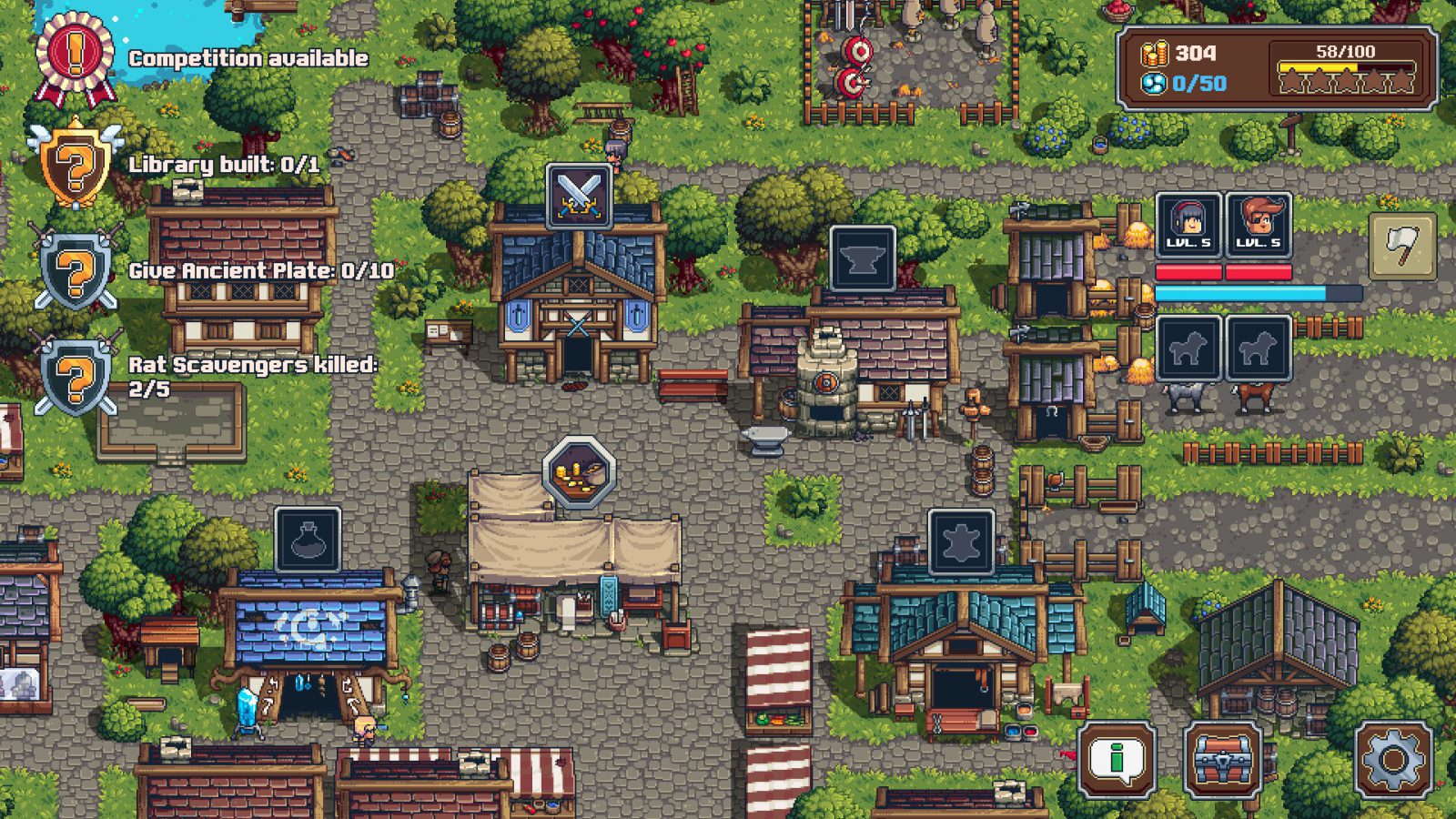 The town overview. You place your heroes into different buildings to get things done.

Swag and Sorcery is by no means a bad game, it’s just a game with plenty of exciting potential that gets stale faster than a loaf of bread that someone neglected to put back in its bag. I say this often, but there was potential for something great here and it sadly didn’t live up to its potential.

Swag and Sorcery flirts with both micro managing and idle mechanics without excelling at either. While it’s initially engaging, its main gameplay becomes stale quickly leading to a grindfest where the reward is more grinding. You'll eventually encounter overwhelming enemies and bosses that require more grinding, but little to do while you wait for your heroes to return from their journey.

Sean Anthony likes to combine two of his passions: gaming and writing. Gaming has been a huge part of his life ever since he played his first game as a child, Kirby's Adventure. He aspires to have his name attached to an article that makes the whole world go, "Huh, that's neat, I guess."
Related Articles: Swag and Sorcery
Share
Tweet
Share
Submit