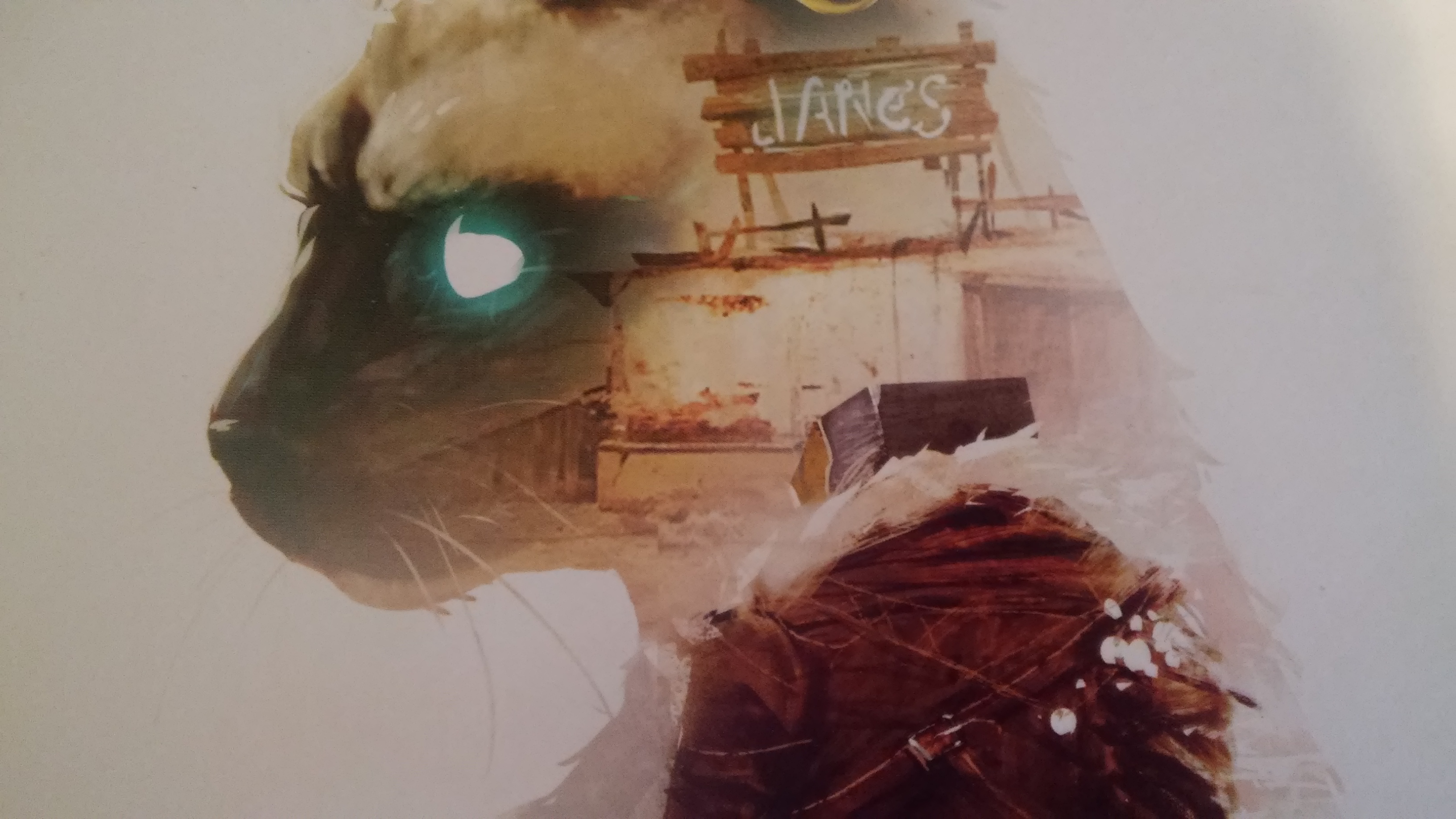 Grimslingers was a stylish, fully loaded experience when it first came on the scene, mixing supernatural horror and western-style comedy with bluffing mechanics to form a stylish game of dueling wizards in a hazardous landscape. My recent review praised the breadth of its mechanics and narrative as well as the stunning art style, and the Northern Territory expansion has stepped in to bolster each of these areas and make Grimslingers out to be the best product it can be. This expansion represents an interesting move forward: rather than acting as a complete second edition, the Northern Territory feels more like an advanced patch (or what expansions used to be in the old days of computer games). Featuring rule fixes, player aides, and a new campaign, the Northern Territory supplements, streamlines, and maybe even perfects a game which was already packed to the gills with content.

There is a lot to appreciate with the Northern Territory, but one of the most important changes is the most simplistic: the updated rulebook. Rewritten from the ground up, the new rulebook has better organization and editing, featuring an FAQ and functional index. It clarifies the base rules but also makes some changes, most of which are welcome. For new players, they will be able to jump directly into the experience upon a readthrough of the rules. Long time fans will experience some growing pains, however, as they learn which rules have been clarified, modified, or left out altogether.

Of the changes, only one really sticks out as a potential drawback: the removal of Clashes when spells contradict one another. Beforehand, spells which did not interact according to the rock-paper-scissors elemental system would trigger a Clash: the two spellcasters would enter into a blackjack inspired struggle of wills to determine whose spell would succeed. Busting would double the damage you receive, making these clashes a tense and devastating part of the experience. Now, both spells will simply go off, dealing their damage and effects to the other player.

I am conflicted about whether this is an advisable change. On the one hand, it makes the game more predictable and makes the game progress more quickly. You no longer have to stop the game to shuffle a separate deck and draw from it. You no longer have to use a totally separate skillset and weigh probabilities for basic card interactions. You no longer have to be so perfect a player, reading your opponent’s moves or risk delving into a clash. Now, beating your opponent’s elemental choice is still an integral part of the experience, but your normal effects will go off more reliably, and you have less information you need to balance at a given time.

Whether you will prefer this to the old method is largely a matter of preference. Maybe you liked the chaotic, thematic nature of the clashes. Maybe you found them to be time-consuming and frustrating. Nothing in the rules appears to preclude you from using the old mechanics, should you choose to, but the theme of the Northern Territory seems to be cutting out needless complexity to get to the heart of the experience. The simplified dueling does make multiplayer a less hectic endeavor, especially with specific rules for team games. As for the issues with five or six players? The solution in Northern Territory is to lower the max player count to four. Well…I can’t complain. I don’t know if any fix could make the game really work with more than four people, and ceding that area of the design at least means the creators acknowledge the game’s limitations.

Case in point: archetypes. Where before you had archetypes consisting of special abilities and spell cards, which you would pair with a character as you choose, you now choose a character who is imbued with special powers to play as during duels and the new campaign. Where before we had some flavor text for these characters, we now have fleshed out backstories and powers, each with small subsystems to manage. The vampyre, for example, spends much of her time managing her special Blood resource, while draining opponents of health and energy. Each archetype comes with skill cards as well, representing in combat maneuvers you can use to change up your style during the game.

These characters were present before, but with new mechanics and flavor text they are far more fleshed out

Apart from the new rules and archetypes, we have a few quality of life changes to help the experience along: player boards and reference cards help you keep the rules organized during play, and generally cut down on how often you have to check the rules midgame. There are also new monsters and creature modifiers, which continue the tradition of thematic, engrossing art from the original, while adding in some new flavor to the setting.

The new components also feature a full 52 card deck which doubles as a map for the Child of Light campaign. I am henceforth using this at every available opportunity, and a quick glance through the deck will show you why. I like to listen to myself talk, but frankly I am going to let the cards speak for themselves on this one.

An entire deck of this, as a minor supplement. They did not have to put this much effort in, but it paid off

All of the expansion’s cards have the same tendency to stick together as you are first using them, but that does wear off over time. Another small drawback has to do with organization. Grimslingers had space for all of the cards in the original game box. With the addition of the new components, you will find yourself needing to get creative if you want to transport everything in one box while still keeping track of all the components.

You will notice that the cards have small text at the bottom, denoting whether they are “Attack”, “Event” or otherwise cards. This is the result of the Child of Light campaign’s new structure. Picking up where the previous campaign ended, you and your traveling companions will be tasked with investigating the aftermath and delving further into the Forgotten West than ever before. Whereas Death Valley had a main map for the area of the Forgotten West, you now build a map of specific locations by shuffling and dealing these cards facedown. Apart from predetermined areas, such as a shop or home base, you are free to explore as you see fit, fighting off enemies or facing strange mysteries as you make your way through the setting. This new campaign has a much more exploratory feel, which is fitting for something set in the old west.

What we have here is something of a procedurally generated board game campaign. The act of playing through each chapter will differ every time you play it, as the map will never be the same twice. Honestly, I would be inclined to think of this as a clever gimmick were it not integrated into the multiple paths you have through each story section. See, you are doing more than going into the wild to complete a certain number of fights and return. As you travel, you will have multiple ways you can complete each area, such as by gathering and utilizing ritual components or investigating a specific location. Along the way you will still be reading certain prewritten story beats, but now with more control over how you approach them.

You will also have smaller objectives that you can complete for character boosts, via the achievement sheets that you can track over time. Once again, the Northern Territory seems to be taking some beats from the videogame world, where it is common to get small upgrades for chasing limited objectives. Being an analogue product, you will likely get tired of how many small things you have to track, however. Especially if you and your team have to stop at some point, leaving the map out can be a pain unless you decide to reshuffle the entire thing. But the addition of new achievements and story goals grants Grimslingers a replayability that it didn’t have before. For full disclosure, I have not completed the campaign multiple times. That said, I see why you would want to jump back in and try out new strategies while exploring the setting.

I appreciated a chance to see more of the Forgotten West, a place well suited for stories and exploration. Were it not for the relative ubiquity of the Deadlands setting, I would love to see Gibson’s artwork and storycrafting make its way into the roleplay market. Regardless, I enjoyed this chance to dive back into the setting and supplement the game.

The Northern Territory streamlines Grimslinger’s rules and supplements its content, adding to your available cards, foes, story, and playability. The one thing it doesn’t do, however, is stand on its own. The base game was $30 and so is the Northern Territory. While the new components and rulebook are spectacular, doubling the price to get the full experience does make me take a step back. Essentially, you are paying $60 for a full game with two campaign modes, and a lot of content. While the expansion is not necessary to enjoy the base game, you can enjoy Grimslingers without the Northern Territory. It does have a great deal to love, and enhances the base game quite a bit, although the purchase is only really necessary for fans.

The Northern Territory adds style and clarity to a game that already had both in droves. It makes Grimslingers a more playable experience than ever, simplifying the rules and adding in a randomly generated map to explore during the new campaign mode. Your feelings on some of the changes may vary, but for a fan of the base game this update is likely to help you enjoy it to the fullest extent.

John Farrell is a legal aid attorney specializing in domestic violence, living in West Chester Pennsylvania. You can listen to him travel the weird west as Carrie A. Nation in the Joker's Wild podcast at: https://jokerswildpodcast.weebly.com/
Related Articles: Grimslingers: the Northern Territory, Tabletop
Share
Tweet
Share
Submit