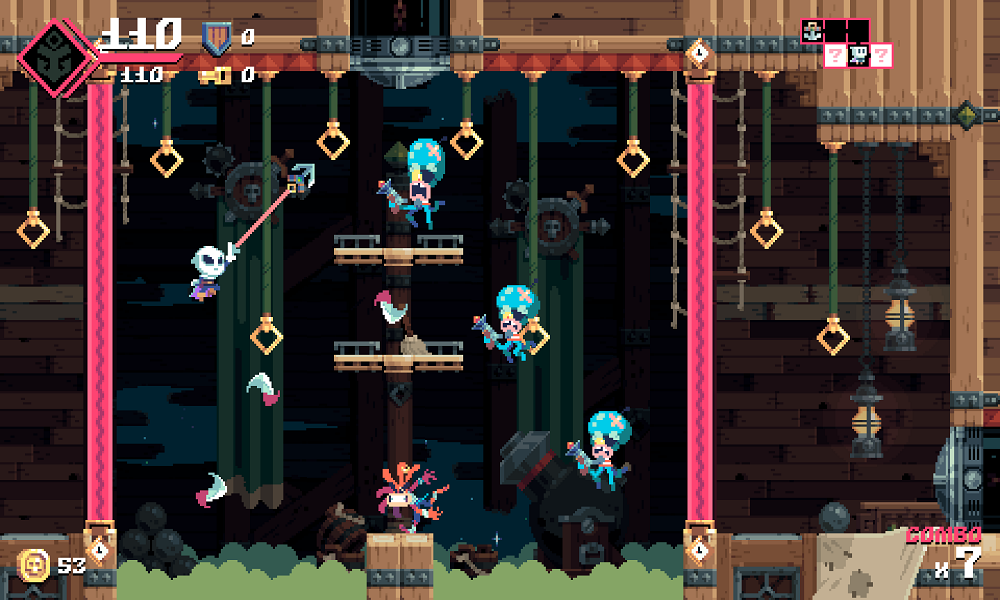 Limited Run Games announced yesterday that two titles from Tribute Games will receive a Switch physical release on April 23. Flinthook and Mercenary Kings are the next titles in the Limited Run Games Switch line, and will be an open pre-order for the standard edition, with a collector’s edition available on that day which will be limited to 3,000 copies.

In Flinthook, players control the eponymous toughest pirate as they hunt down leaders of the Cluster Clan by zipping and hooking through different randomly-assembled pirate ships. In Mercenary Kigns, up to four players will get to go through Metal Slug-inspired gameplay to stop the fearsome forces of CLAW from taking over.

Previously released physically on PlayStation 4, Limited Run Games will hold a pre-order sale for the two games starting this Monday, with a deadline of two weeks before cut-off. The games will retail at $29.99 plus shipping per game. In addition, there will be a collector’s edition available on April 23, but will be limited to 3,000 copies. This edition will include soundtracks to both games, two double-sided posters, and a steelbook that houses both games.