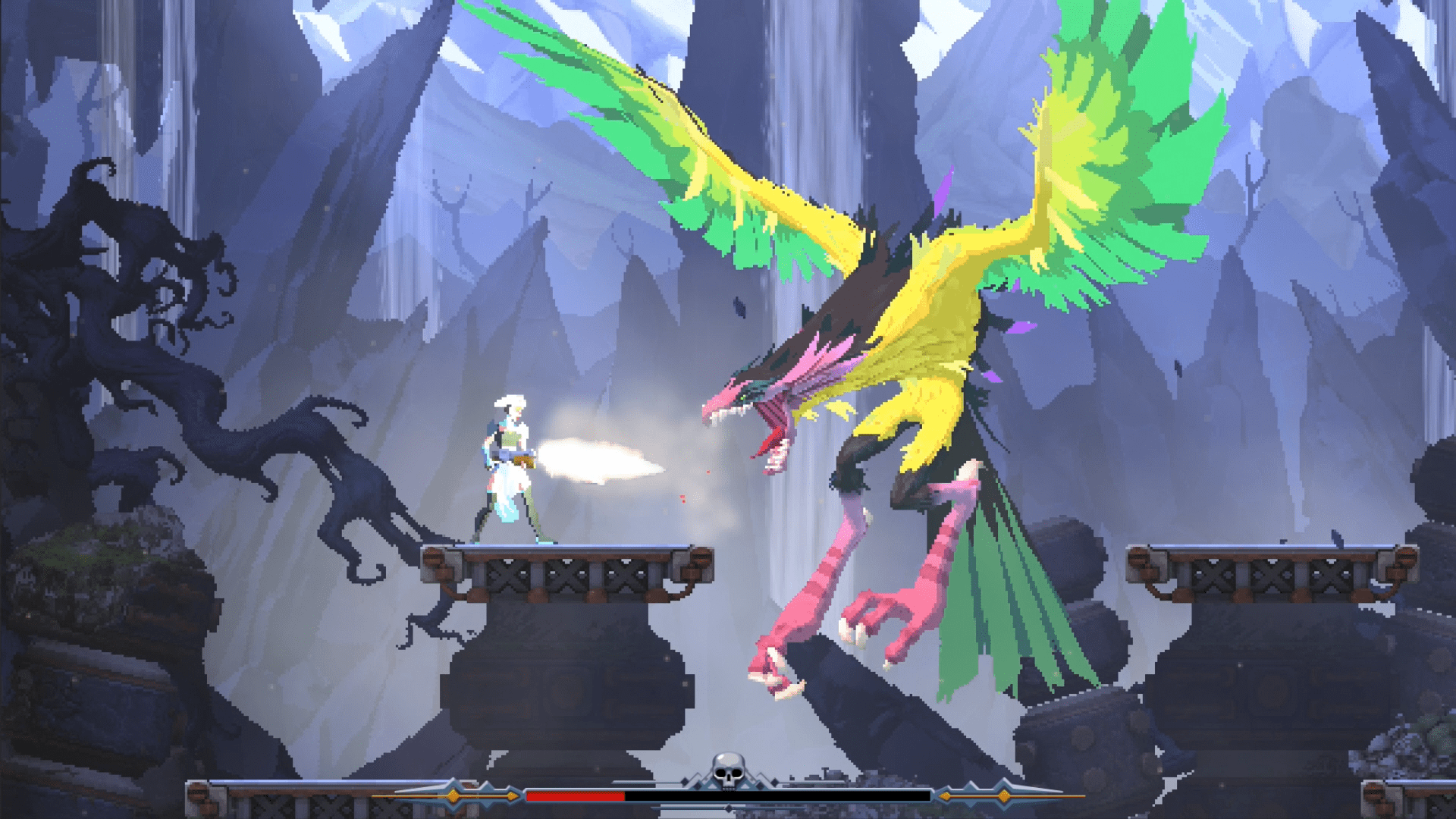 Familiarity breeds enjoyment—to a degree. I like ordering my 10-piece nugget meal when I go to the nearby McDonald’s, I like having the same medium Diet Coke on the side, and I like the large-size fries with exactly three packets of ketchup. My go-to pig-out meal is a guilty pleasure of familiarity and I wouldn’t have it any other way… just not all the time. My body can only physically ingest so much of the same greasy goodness. Those are my general feelings about Foregone, just maybe a little less dyspeptic.

From developers Big Blue Bubble (the studio responsible for the hit My Singing Monsters franchise of all things), Forgone has you play as the very first arbiter, a militia of super-soldiers in charge of protecting the decaying city of Calagan. The action-platformer has you hacking through a flurry of foes as you hunt down the man-made, beastly projects responsible for the world’s destruction 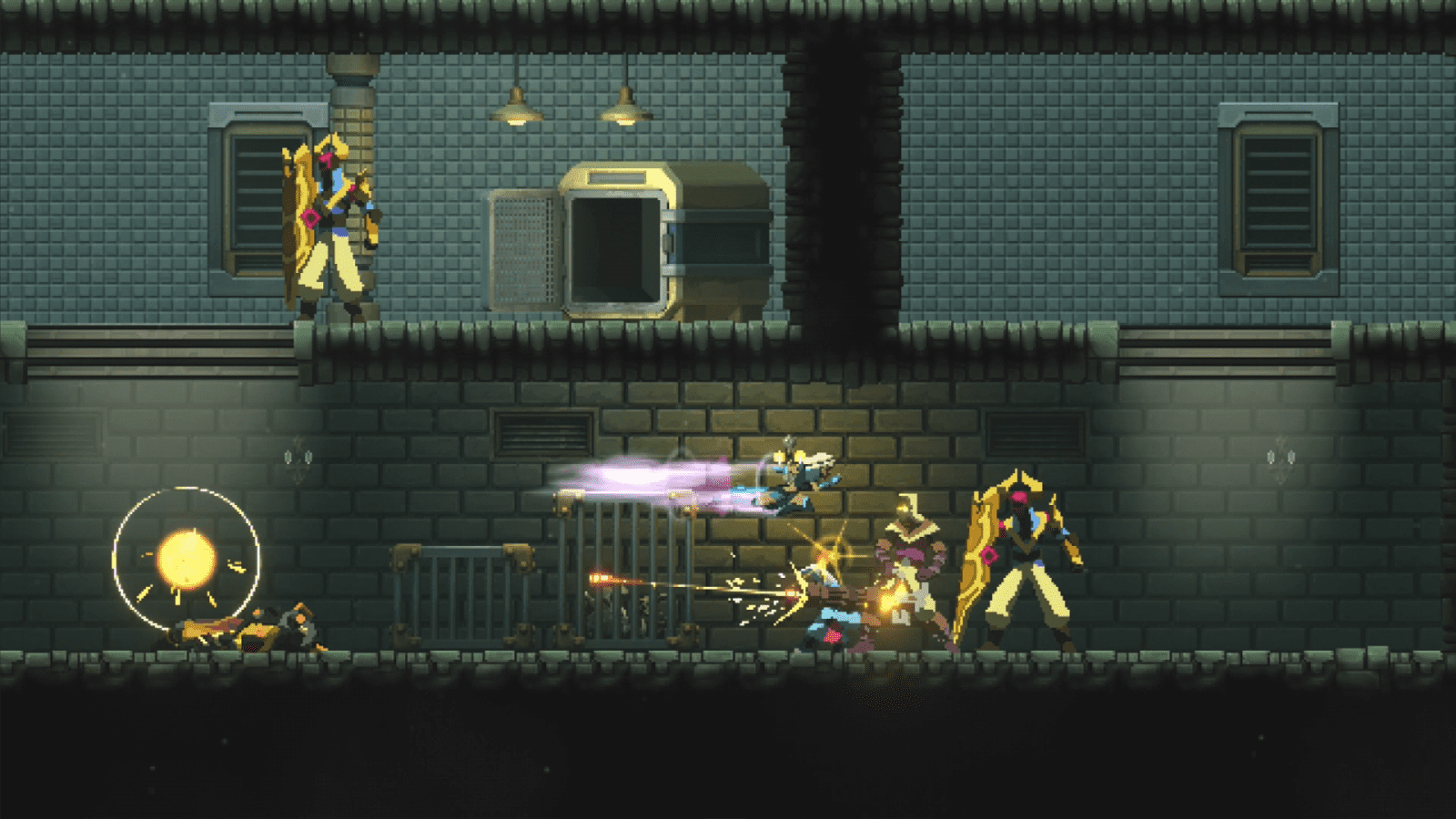 Forgone’s dilapidated environments and daunting enemies are elevated by some top-tier pixel art. The fluidity of every character’s movement is art in motion in the most literal sense; at times, it’s even a little mind-boggling how the Canadian studio was able to craft animations that can look as if it was motion-captured. Playing on the Switch, however, undoes a lot of the impressive visuals. The game runs at an unlocked framerate, but rarely—if ever—reaches the 60 FPS mark that would make the experience ideal. More often than not, the game chugs through its chaotic levels either slightly above or below 30 yielding a stuttery expedition through the game’s locales. In a game that’s supposed to highlight responsive and energetic combat, the framerate’s shortcomings deal a huge blow to the overall enjoyment of the action-platformer.

I often want to avoid blatant comparisons, but Forgone’s gameplay and visual style seem like they take direct inspiration from a certain rogue-like platformer, both to the game’s benefit and detriment. Anyone familiar with 2017’s Dead Cells will immediately notice strong similarities; a hard focus on reactive hitting-and-dodging through labyrinthine levels while you collect a plethora of weapon types of varying rarities. The largest difference between the two titles is that Foregone boasts deliberately crafted levels instead of procedurally-generated ones. This allows the developers to hide hidden secrets and lore-collectibles that wouldn’t have worked if they had gone the rogue-like route.

At the same time, Foregone may feel and look similar to the fantastic Dead Cells but doesn’t quite match the same highs. Combat is mostly visceral and satisfying but can feel slow and sluggish at times when compared to contemporaries (the inconsistent framerate doesn’t help either) especially since certain abilities like an airdash and ground-pound aren’t procured until the later portions of the game. The trek to the boss fights are full of intense controller-clenching moments but the bosses themselves are often a letdown; the detailed monstrosities showcase the best of the game’s visual flair but highlight the faults in its combat design with predictable patterns that don’t match the rest of the game’s harsh difficulty. 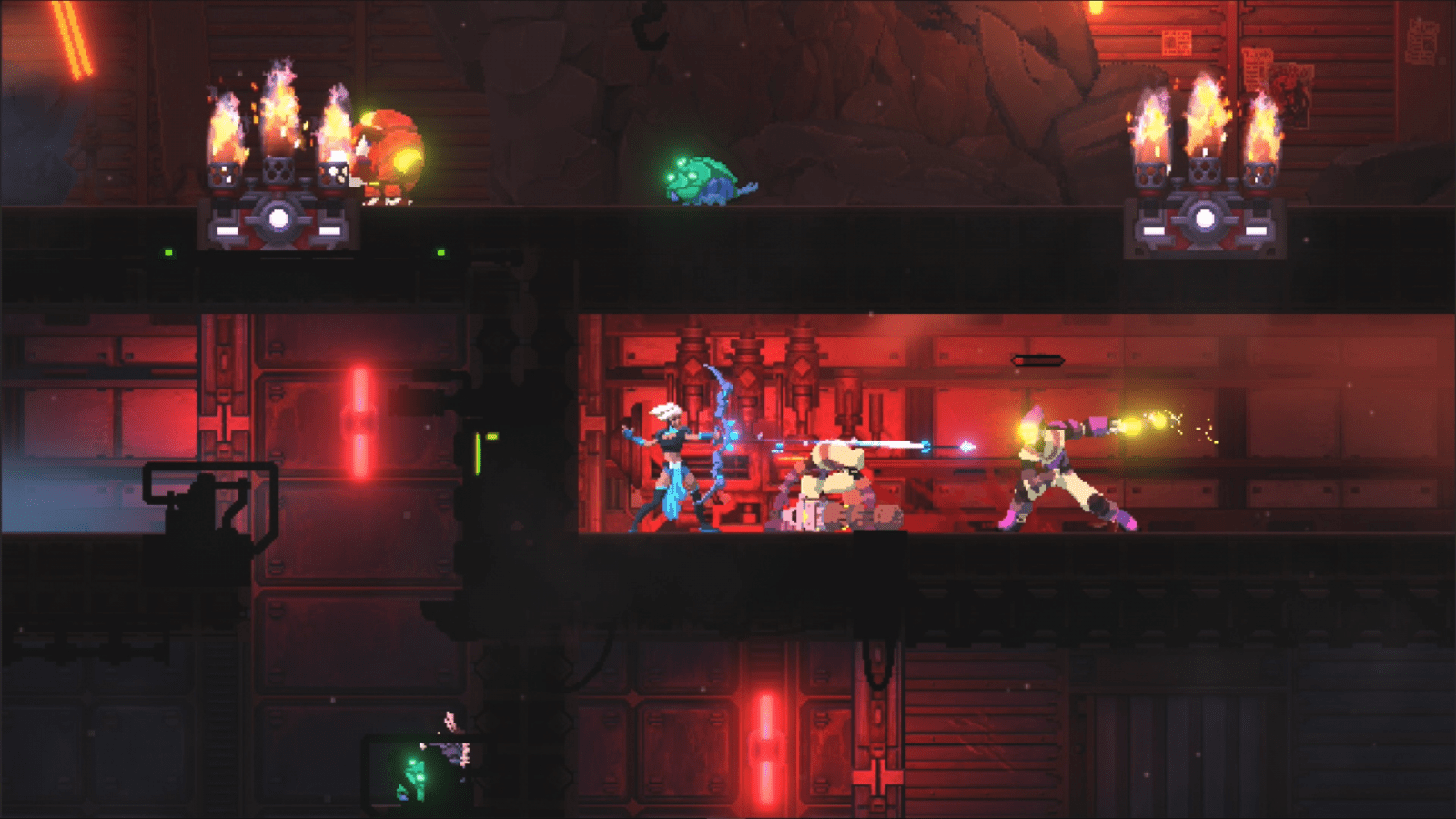 It’s a consistent ride of high-and-lows from the very beginning with the highs never reaching jaw-dropping heights and the lows never plummeting to dreadful depths. The first hour of Foregone sets the tone for the rest of the game; it’s an enjoyable 2D-action title with incredible visuals surrounded by conventional design elements. Trying to recall the minute details of the 10-hour dystopian expedition is difficult, to say the least. Foregone’s faults, for the most part, are negligible enough to overlook but the highlights aren’t impressive to be worth remembering.

Foregone is a good time, but strictly just a good time. I don’t regret the brief period I spent with the title but I’m sure it won’t hold a place in my mind as one of the marquee releases of 2020. Just like every single time I binge on a fast food meal, Big Blue Bubble’s action game isn’t premier fine dining but I won’t complain about slouching on the bed and tearing through some mutated baddies even if I could find a similar, arguably better, experience elsewhere.

Foregone is a graphically gorgeous, if not derivative, romp that struggles to create many memorable moments or differentiate itself from contemporary action-platformers.