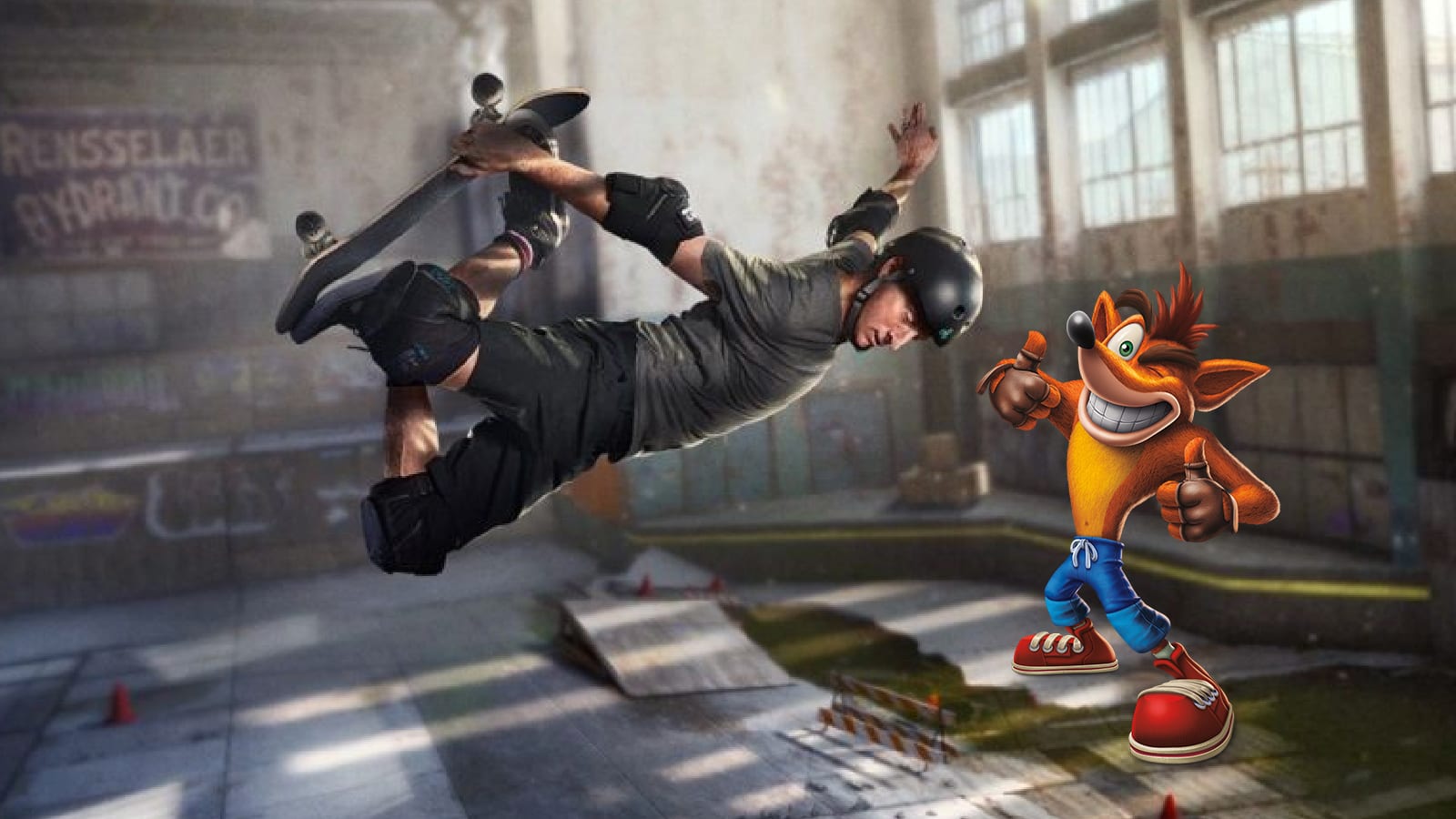 For the first time ever, a crossover between Crash Bandicoot and Tony Hawk is coming to Tony Hawk’s Pro Skater 1 and 2 for fans on November 6, 2020. This new free update will include 13 new Crash-themed items within Create-A-Skater as well as other new perks. If you haven’t played Tony Hawk’s Pro Skater 1 and 2 and have been wondering how this new version of the classic game plays make sure to check out David’s review.

Right on the heels of the launch of Crash Bandicoot 4: It’s About Time, the uniting of two iconic franchises will bring players some sweet Bandicoot-inspired getups to keep their skaters looking fresh. Starting this Friday, players that have purchased Tony Hawk’s Pro Skater 1 and 2 will find 13 new Crash-themed items available within Create-A-Skater, along with a variety of other new perks (detailed below) being offered as part of a free title update.

Worlds Collide with Crash Crossover. Crash is known for his mischievous maneuvers, and as such, Vicarious Visions couldn’t resist dropping him into Tony Hawk’s Pro Skater 1 and 2 in a non-traditional way with some marsupial-inspired items from Crash Bandicoot 4: It’s About Time. In Tony Hawk’s Pro Skater 1 and 2, players will enjoy Crash and Coco-branded in-game swag, including nine shirts, three hats and one skateboard deck. 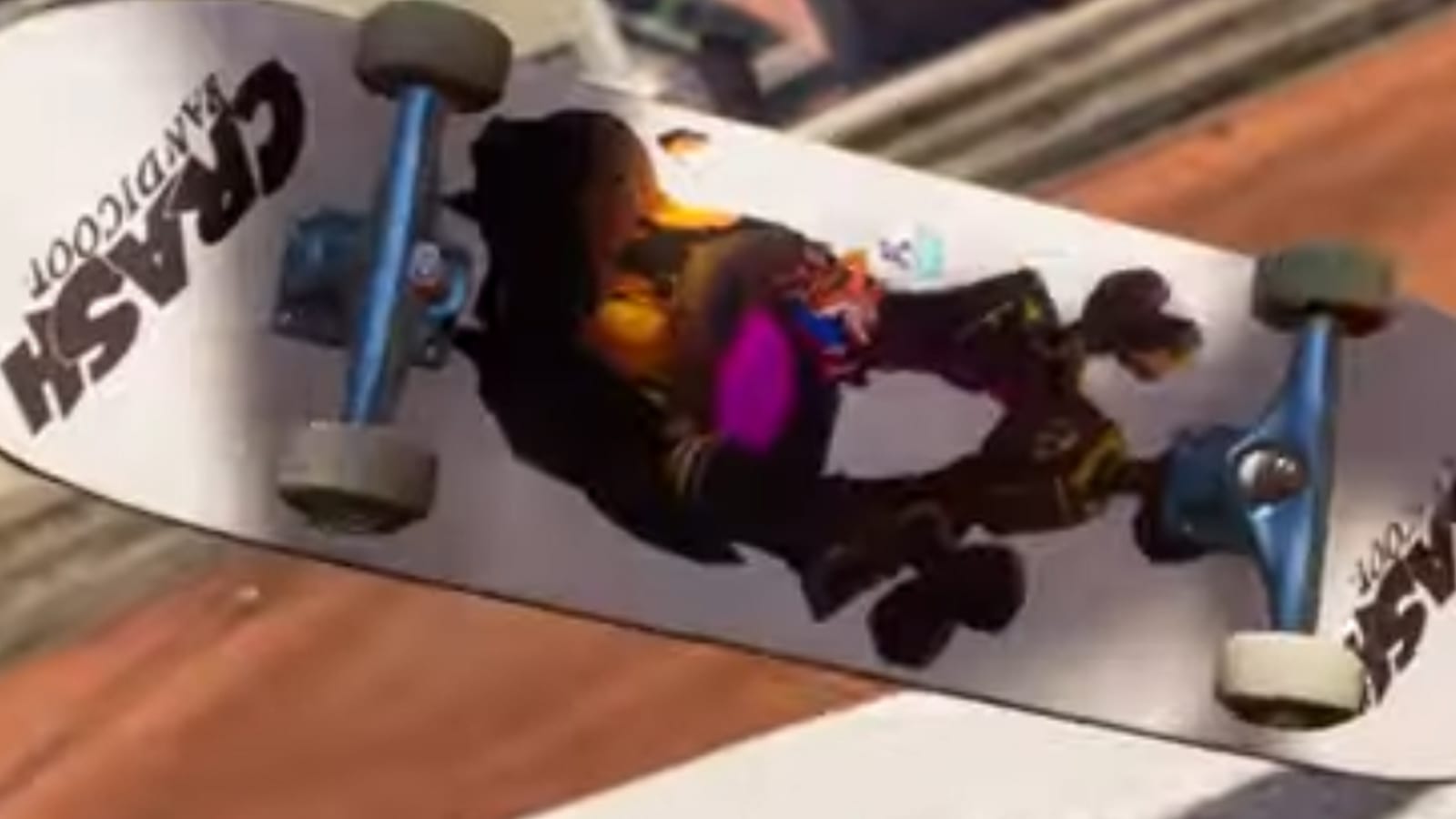 Fans can now show off their Crash fandom in whatever skatepark they ollie into.But that’s not all. Also, on November 6, 2020 Tony Hawk’s Pro Skater 1 and 2 players can expect additional updates to the game including:

The Birdman Pack Benefiting Charity. Created in collaboration with The Skatepark Project (formerly the Tony Hawk Foundation), the Birdman Pack features classic and additional boards from Birdhouse and Powell-Peralta not originally included in the game, as well as an exclusive new TSP deck created specifically for charity. This limited time Create-A-Skater 10-deck bundle will be available as DLC* for SRP $4.99, and 100% of Activision’s net proceeds for this pack will help support the construction of public skateparks for youth in underserved communities.

Shred with Each Skater in Solo Tours. Now, players will be able to replay Tours mode with individual skaters allowing them to max out stats with each of their favorite pros. At the start of each Solo Tour, all Goals and Medals will be reset, while current Tours mode will move to “Crew Tours” so previous progress will not be lost.

New Challenge Sets, Tuning and More. New objectives within online Multiplayer, Create-A-Park and Combo Practice will reward fans with plenty of XP and in-game Cash to spend at the Skate Shop, while skilled players will be able to reach Level 100 and earn XP faster. Multiplayer playlists will also be improved for better randomization of Parks and Scores in both Jams and Competitive modes.

Fan-Favorites from Create-A-Deck Contest. Three talented fans won the right to have their art featured as custom decks in Create-A-Skater as part of a recent community contest. Fans can ride these masterpieces in the game now.

Check out this new update when it goes live tomorrow and stay tuned to Gaming Trend for all your gaming news.