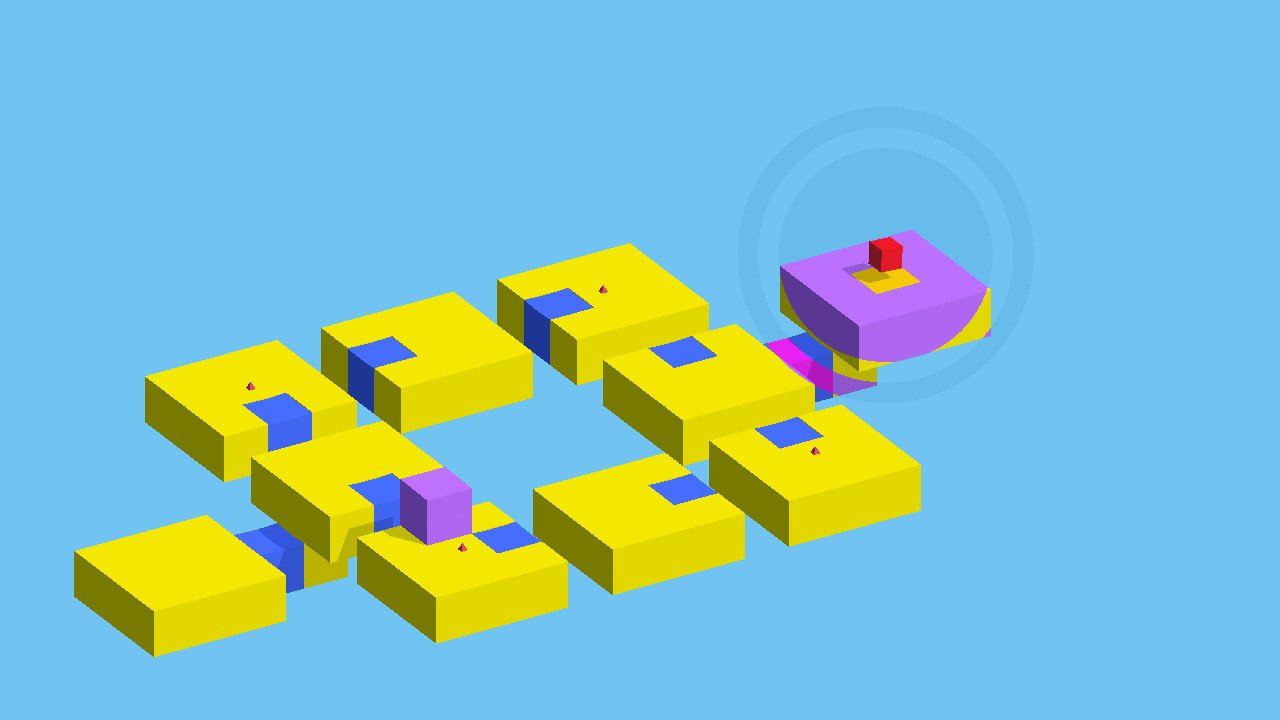 I love me some rhythm games, and the Switch is flourishing with them. From Asian market hits like Musynx or Superbeat: Xonic to western titles like Thumper and Super Beat Sports, the music genre is teeming with some great experiences. I do love my rhythm games difficult but fair, and Vectronom is a great representation of that design, featuring a killer soundtrack with equally ball-busting difficulty that’s a joy from start to finish. 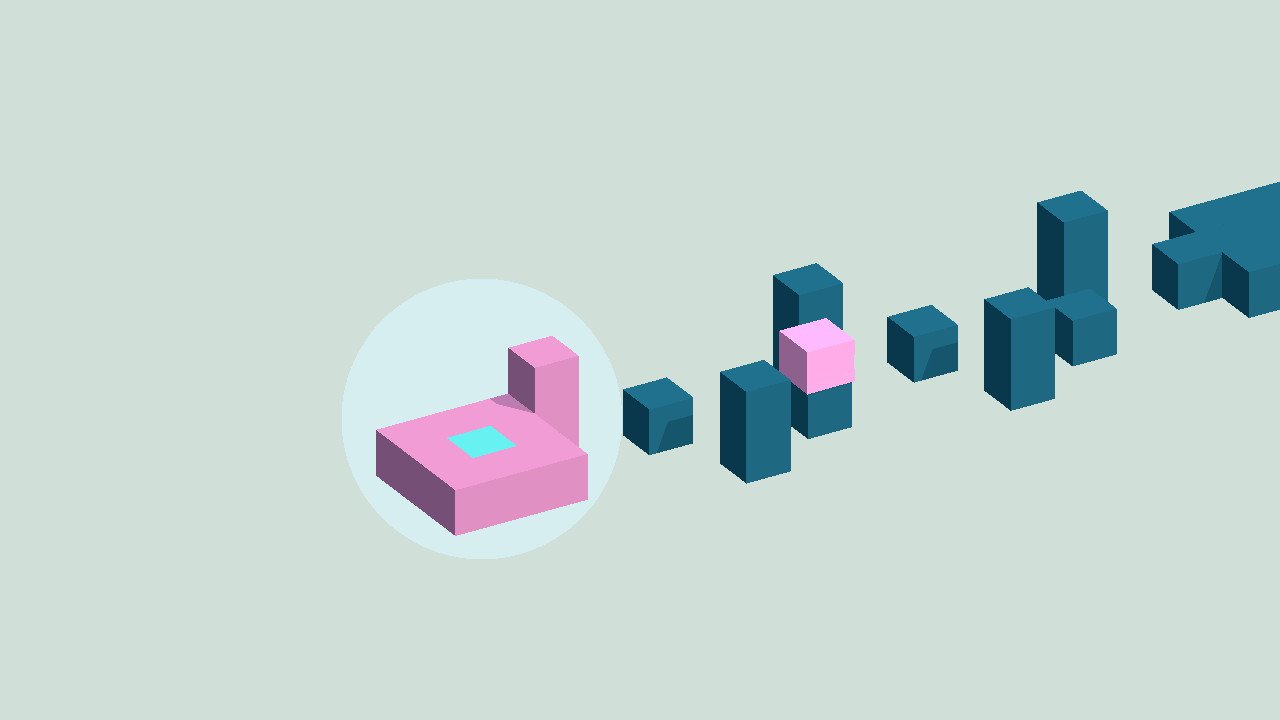 Vectronom is a rhythm-based isometric platformer that tasks you with controlling a cube as you traverse through 10 different levels with 3 stages each (plus a final “boss” level). Each stage is separated into three segments where you’ll have to get to the end without falling off or getting hit; doing so will send you back to the beginning of the segment. As this is mainly a rhythm game, you’ll need to move on the beat in order to finish most of the game; playing Vectronom like a regular platformer will get you killed pretty easily. In fact, it feels like a rhythm-puzzle hybrid, as each stage has a different tricky rhythm to memorize.

While it’s possible to brute force some levels, everything in the game is synced according to the beat of the soundtrack. Different structures will appear or disappear based on the beat, and there are segments where you’re unable to see your cube. Normally you could chalk this up to unfair level design, but everything is mapped to the beat, with the segments being appropriately short enough to not be frustrating. Each segment acts like a puzzle, as you’ll need to figure out the rhythm and placement of objects in order to proceed. In most cases, there’s no room for error, but if you end up losing, you’ll instantly spawn in the beginning of the segment, ready to try again. 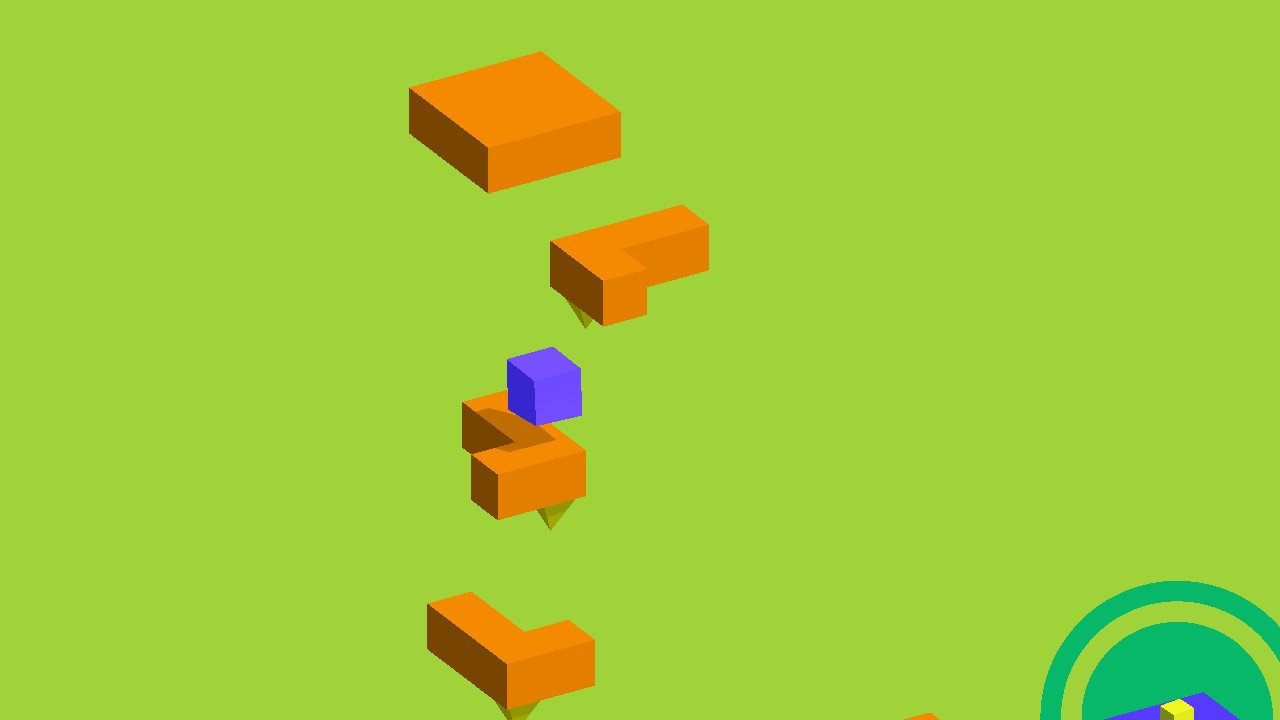 I have to commend developer Ludopium for making such a simple premise into an entertainingly difficult affair. Whether it be structures that impede your vision or spikes that pop up when you least expect them, Vectronom expects you to acclimate to whatever comes your way and forces you to make split-second decisions. There were a few times when I hesitated for just a moment and kept getting destroyed, but after a while I learned to face my fear and move forward, often with positive results. (There were a few times where I was rewarded with death for my experimentation, however.) In addition to traversing the levels, there are also extra collectibles you can grab during certain points of a stage. These collectibles will force you to find different routes and risk dying should you pursue them, and they encourage replay value after you’re done with the game.

At the end of a stage, you’ll be graded on your performance and can pick up three achievements; one for not dying once, one for picking up all the extra collectibles in a stage, and one for always moving in time to the rhythm. I usually got one or two achievements in a run, but I only got all three when I first played a stage twice. The way it’s displayed is a straight line to the next stage, and if you don’t get all three, the sound distorts and eggs you on to try again. It feels kind of like the results screen in Crash Bandicoot, where crates fall down on your head if you neglected to pick them all up. I loved this approach to scoring, and it highlights the slightly high difficulty curve the game provides. 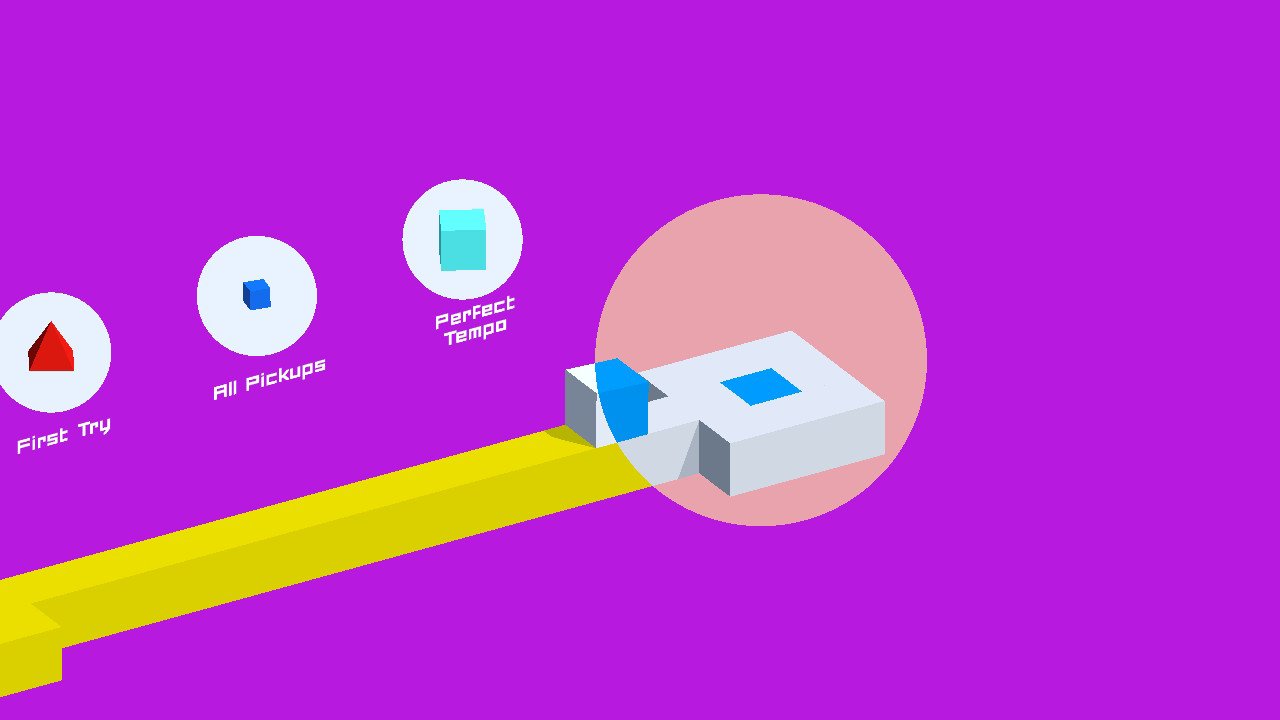 As aforementioned, the music is perfectly suited for the frantic nature of the game. While there were some trance-inspired beats for some levels, others are dubstep-infused songs that go hard and match the difficulty of the stages. You can’t have a rave without some dirty, dirty bass after all. Plus, there’s a Tetris-themed stage complete with Korobeiniki background tracks, so that makes three Switch music games that I’ve reviewed with the song. All in all, the electronic soundtrack has some of the best tracks in an indie game I’ve seen so far.

If there were some issues with the game, it’s that there isn’t much more to the main campaign. Vectronom is great value for the $9.99 asking price, but there is room for a bit more. While there is a level select feature where you can pick and choose individual levels to play, it would have been nice to have a soundtrack option or some bonus content. In addition, there was a bit of an issue with audio sync late in the game; it’s not a dealbreaker and corrects itself a couple measures after noticing it, but it can get annoying if done at the wrong time (say, if you were trying to go for a no death run). While not a detriment to the experience, the Switch version doesn’t have the MIDI and expanded controller support the PC version does, so no dance pad controllers for this at the moment.

Vectronom is a stylish rhythm-puzzler with delightfully unforgiving difficulty and a fist-pumping electronic soundtrack. This is one game you should definitely try out if you want a musically-inclined challenge for your Switch.

Elisha Deogracias is an aspiring accountant by day, freelance writer by night. Before writing for Gaming Trend, he had a small gig on the now defunct Examiner. When not being a third wheel with his best friends on dates or yearning for some closure on Pushing Daisies, he's busy catching up on shonen manga and wacky rhythm games. Mains R.O.B. in Smash. Still doesn't know if he's a kid or a squid.
Related Articles: Indies, Vectronom
Share
Tweet
Share
Submit