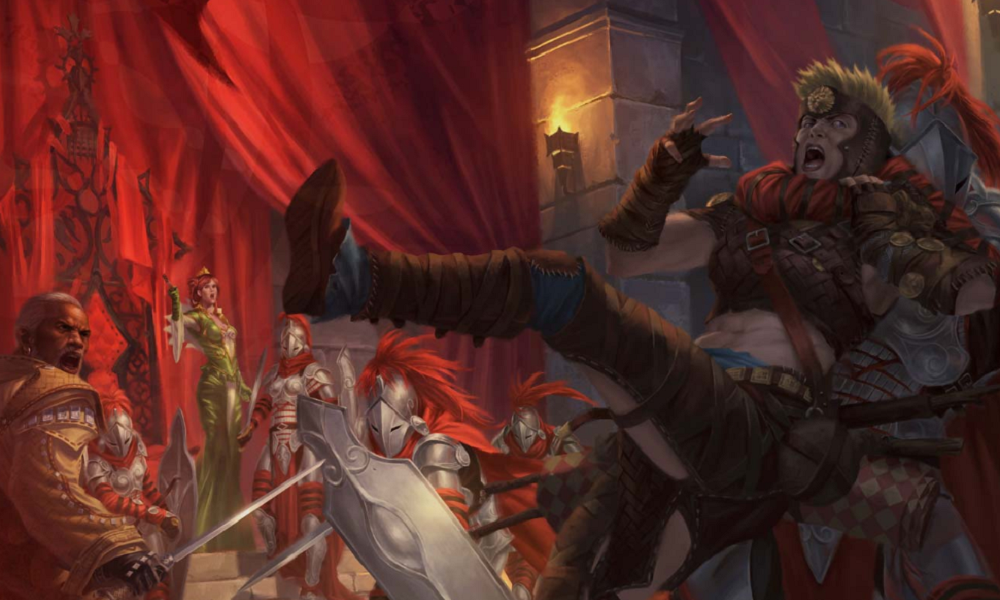 After five years of experience and feedback, the Pathfinder Adventure Card Game has received a new 440-card Core Set and 550-card Curse of the Crimson Throne Adventure Path expansion. The new Core Set will give each player a unique character with their own deck of equipment to take them through the Dragon’s Demand Adventure Path.

The Pathfinder Adventure Card Game Core Set allows 1–4 players to play through the exciting Dragon’s Demand Adventure Path. The new cards and rules form a modular core that allows for nearly infinite adventuring possibilities. New features give players control over the difficulty of scenarios and speed of play.

The Core Set serves as the foundation for future adventures and is compatible with the Curse of the Crimson Throne Adventure Path. Plus, players can supplement their experience with Character Add-On Decks, Pathfinder Adventure Card Society scenarios, and other accessories.

In the Curse of the Crimson Throne Adventure Path expansion, Korvosa is cursed that none of its monarchs shall ever die of old age or produce an heir. The metropolis teeters on the edge of anarchy. It needs heroes who can face down crime lords, rioting mobs, fervent cultists, virulent plague, undead hordes, and ancient and forgotten evils that seek to dominate and sacrifice the city.