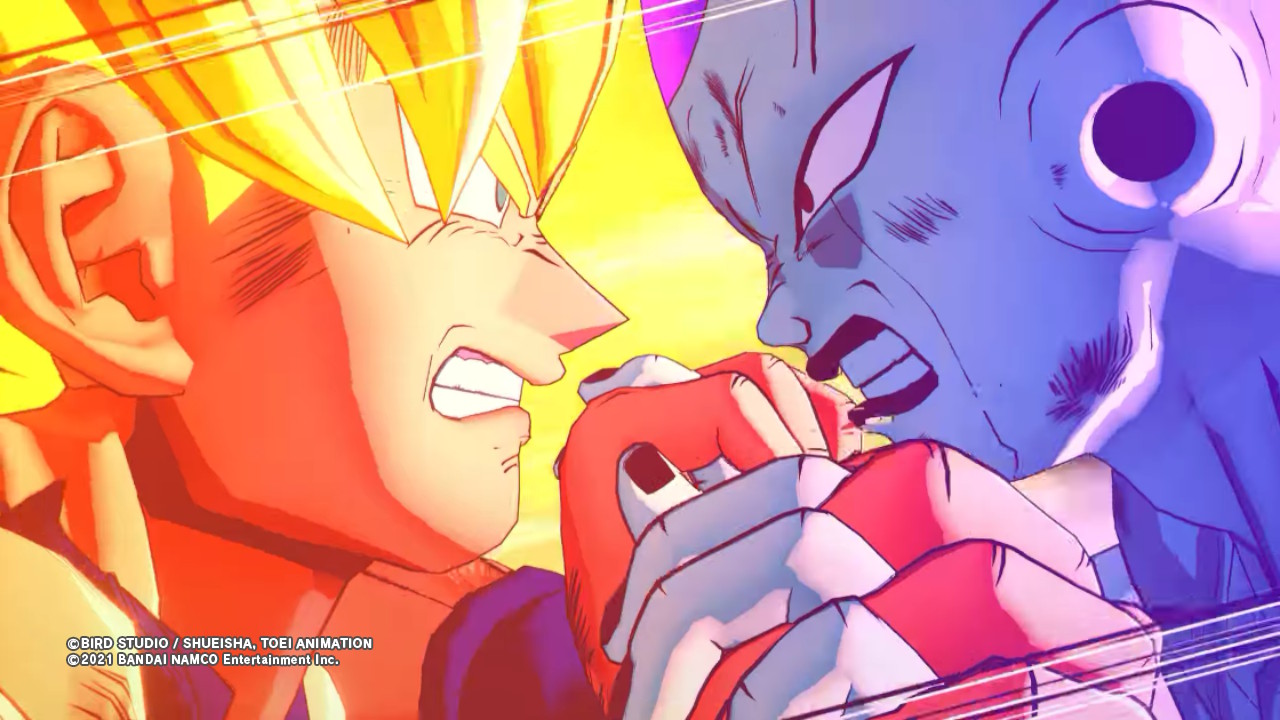 After the death of Son Goku, Androids terrorize the world for years to come. His son, Gohan, is Earth’s last remaining warrior, but even he cannot stand against this robotic threat. The world’s hopes rest in the hands of one young boy, Trunks, the son of Vegeta and Bulma. He’s got a long way to go before he’s strong enough to face the two androids, but can he defeat them before the planet is reduced to rubble?

Dragon Ball Z: Kakarot is an adaptation of the popular manga turned anime. I don’t mean that the game is based off of or a tie-in to the original properties; this is an adaptation in the strictest sense of the word. You can read our original review of last year’s massive RPG here, but even after reading that I had thought the game would skip over at least some of the DBZ saga. It does not, in fact there’s even more here with side quests that fill in some gaps. This gigantic game is finally making its way to Switch with all three DLC packs included, and it’s surprisingly uncompromised.

You’d think a game this pretty would need to be significantly downgraded to run portably, but somehow it looks even better than its original console release, at least in my opinion. The colors appear more bright and clear, and the framerate usually sticks around 30 per second. It’s clear there was a lot of work put into optimizing this port, and while it’s still nothing compared to what you could get on PC I found it played perfectly fine. Of course, it does have a few caveats: namely the loading times. It can take a while to move between areas or load a save or the next cutscene, but once you’re in there you’re free to fly around as fast as you like and beat up some baddies. I did encounter a weird freeze which you can see in our gameplay video, but that seems to just be a freak accident over my several hours of playtime.

I didn’t notice any unusual dips in performance during battle either, even in big ones like at the end of the Freiza saga. I haven’t finished the game yet, but I imagine this will hold more or less true throughout. No matter how many Ki blasts I threw at the game it held strong. This is an incredibly solid port, both docked and undocked, that has everything from the original release and DLC that came after. 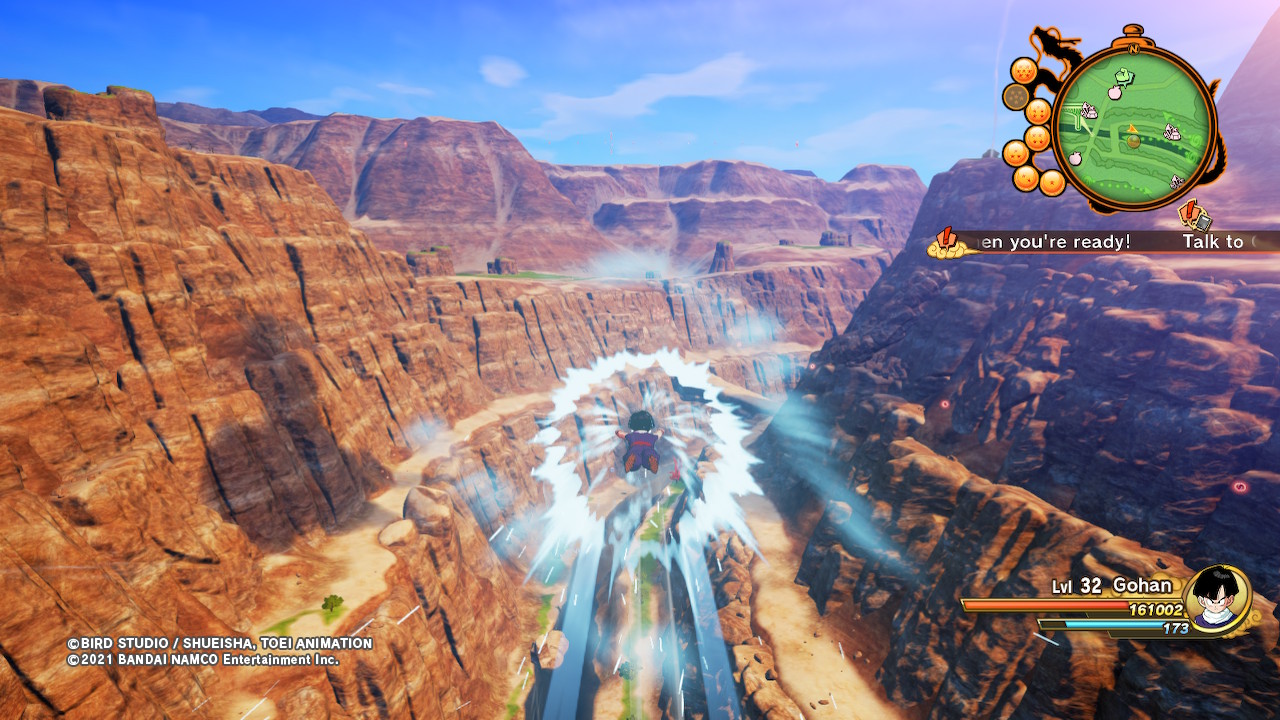 Speaking of, while I haven’t been able to dive too deep into them, those 3 DLC stories seem pretty substantial. The first two, A New Power Awakens Part 1 and Part 2, deal with the events of the films leading up to Dragon Ball Super. They seem like a good place to power up your characters exponentially, so you might want to save them until after the main story if you don’t want to be overpowered. The third DLC, Trunks: Warrior of Hope, tells the story of Vegeta and Bulma’s son in an alternate universe where Goku succumbs to a heart disease before the Androids invade Earth. Each DLC can be accessed from the in game menu, and you can freely take items and EXP between them and the main game. They make this already massive retelling of DBZ even bigger, and are a real treat for fans.

All that being said, the game itself isn’t without problems. Even with all these cool moves, the combat can feel very button mash heavy. For a game subtitled Kakarot, you don’t actually play as Goku very often, but when you do, spamming the Spirit Bomb while using Kaioken will demolish even tough bosses in a matter of moments. Other than that, this is a great way to relive the DBZ story or, if you’re like me, find out what happens after Krilen dies in the Frieza Saga because your mom made you stop watching because it was too violent.

Dragon Ball Z: Kakarot on Switch is a stunningly uncompromised port of last year’s massive RPG. It looks and runs fantastically, while also including all three DLC chapters in a perfectly portable package.

David is the kind of person to wear his heart on his sleeve. He can find positives in anything, like this is a person who loved Star Fox Zero to death. You’ll see him playing all kinds of games: AAAs, Indies, game jam games, games of all genres, and writing about them! Here. On this website. When not writing or playing games, you can find David making music, games, or enjoying a good book. David’s favorite games include NieR: Automata, Mother 3, and Gravity Rush.
Related Articles: Dragon Ball Z: Kakarot
Share
Tweet
Share
Submit