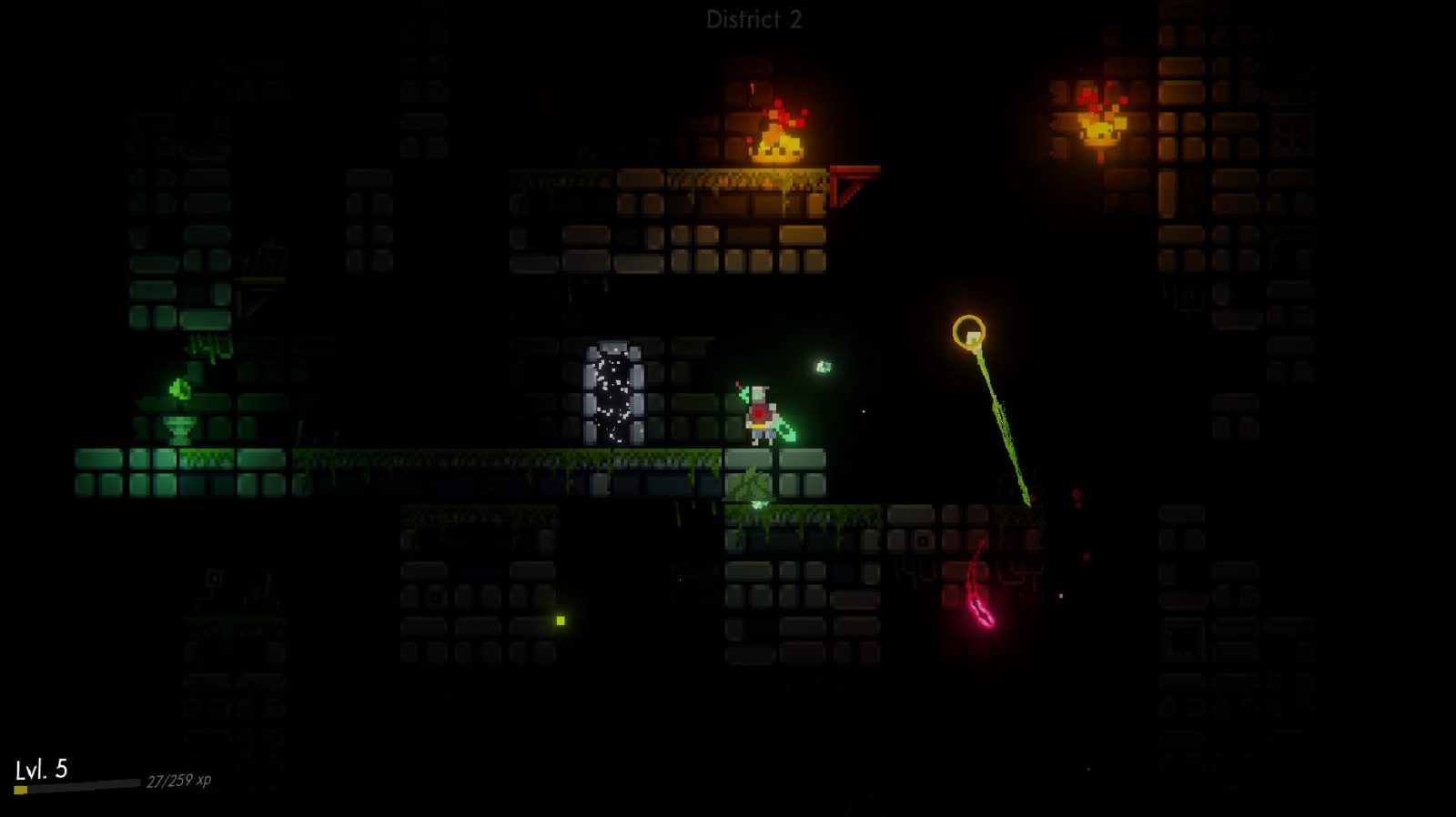 Ever wonder what it would be like to take a stroll through the park on a brisk day in fall without a care in the world, all the while never leaving the comfort of your bed? With the release of Himno on the Nintendo Switch, you can enjoy that relaxing feeling without disrobing from your comfortable jammies. This 2D platformer is about exploring procedurally generated dungeons and letting the stress melt away like a sundae in mid-August. Just step into a world that knows no bounds and see where it takes you.

My time with Himno was exactly what David Moralejo Sanchez, the developer of this peaceful game, wanted the audience to experience: a relaxing playthrough where you can decompress, and your mind can slowly enter a calming and tranquil state. Upon loading the game, my frustration of not knowing what to do turned to pure enjoyment when I realized I was overthinking the gameplay. The dimly lit world piqued my interest as I slowly wandered the multi-tiered level. Controlling the protagonist in handheld mode on the Switch is effortless and extremely comfortable, especially with the simplistic button configuration. Never bogged down with complicated mechanics or logic, what you experience is exactly what was intended. Like all platforming games, walking, jumping, and dashing are all part of the experience as you attempt to achieve your goal: but where this game differs is that you’re achieving the goal without immediately noticing. 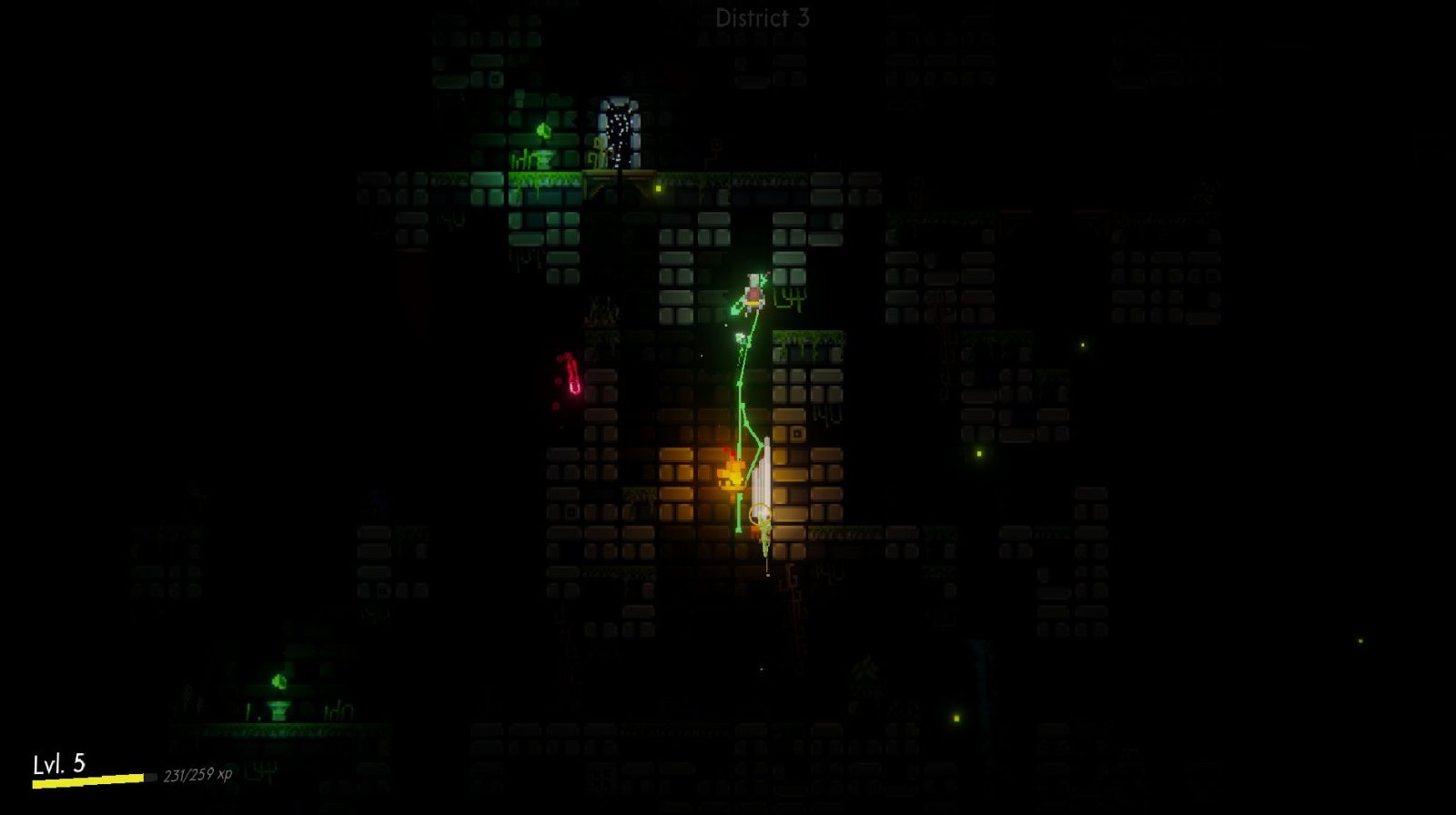 A peaceful stroll through the district

I began exploring the various districts of the game and felt at ease, as the calming hum of music flooded my subconscious. Like one would expect of a multi-tiered world, traversing up, down, left, and right are all part of exploring, and because each district is never the same, you’re left with a feeling of always wanting to know what other variations the game can come up with. While leaping and running to my heart’s content, I began collecting yellows orbs that would increase my XP level. Collecting them is as effortless as simply walking in any direction. Increasing your XP level allows you to collect white orbs called wisps that are labeled with a specific level number. The purpose of a wisp is simply help light the way for more exploration. I had to keep telling myself not to overthink the gameplay, as I always wanted to know what to do or where to go. As I delved deeper into the districts, I came across green gems that not only increased my XP level meter but allowed me to jump higher and reach greater heights. No longer bound by gravity, I could super jump to previously unreachable areas and parkour from wall to wall.

Upon collecting the gems, I began to understand how to use the abilities to traverse the open gaps and caverns of the levels. Like a parkour free runner, I was leaping and sliding around the world and never thinking about where I was going or what I was doing. Unsure of what would happen if I took a plunge into the ominous blue water, I tested my luck and to my surprise, I didn’t die. I found myself back on land, ready to explore the world once more. The more I explored, the more I began to sink deeper and deeper into peaceful state. The music alone was enough to make me want to put down my Switch, close my eyes, and see where my mind took me. When reaching higher levels, the music appears to ramp up, not in an adventurous way, but a harmonious manner. 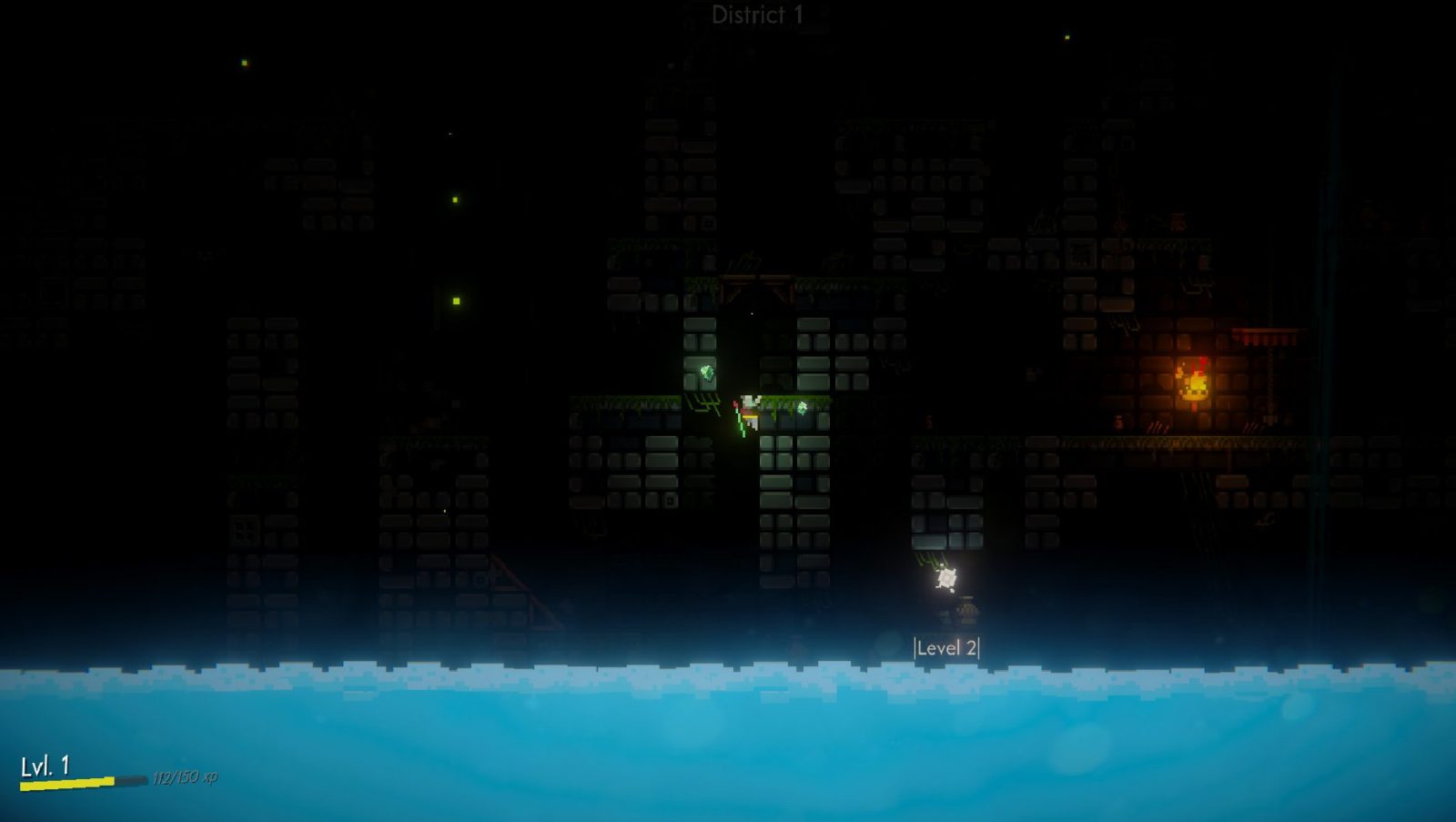 Though there are times when collecting orbs feels like there’s supposed to be a larger purpose, I had to remind myself to just go with the flow. Though you don’t die when you fall into the water, you do lose your experience level, which can be a bit frustrating, especially when you’ve collected a fair amount. I believe this game is exactly what it set out to be, and nothing more, even if we’d want it to be. I found myself playing Himno just to watch the hours go by, and never thought about anything besides just being at peace.

Himno is like listening to those free relaxation apps you can download to find your Zen. It never wants to be something it isn’t. Its music, gameplay, and game mechanics all fit within the realm of serenity and relaxation, especially on the Switch. Sometimes it’s good to just take a moment for yourself and let your mind be at peace.

T.K. is a freelance writer, narrative designer, and author. Writing and developing narratives and giving voices to digital world and characters is his passion. As a game writer, QA game analyst, and editor for Gaming Trend, he enjoys being a part of the gaming industry.
Related Articles: Himno, Indies
Share
Tweet
Share
Submit