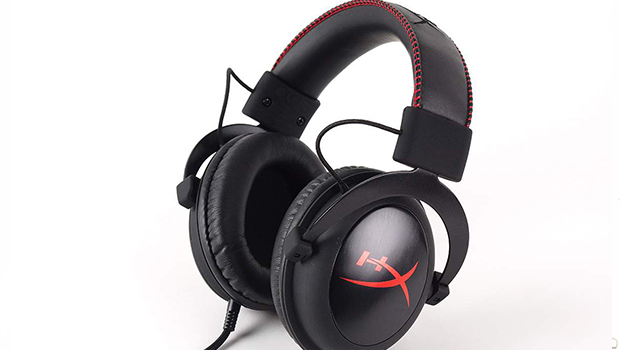 Many people forgot the importance of a good sound system. Hearing footsteps behind you, to just listening to rain falling, a great sound system can change how you view a game.  The Kingston HyperX Cloud ll, is not only a fantastic headset, but may be a game-changer in the world of gaming headphones.

The sound quality on these headphones is some of the crispest, and deepest sounds I have ever heard through a gaming headset.  When you flip on the built in 7.1 surround sound (only available on PC) it creates a sound profile that would rival a full speaker setup.  Most headphones with 7.1 have a tendency to really be hit or miss but in my time with them it was spot on for movies, games, and music.

PS4 and Xbox One players may also feel like they are missing out, although it is PS4 ready and able to connect to the Xbox One (with an adapter that is not included) neither console can run the 7.1 surround sound through the headset, giving consoles a slight downgrade compared to using it on a PC. This is due to the driver running through the USB connector which the two systems cannot read. I found that I missed the quality the standard setup on PC offered, but found that they still sound amazing on console, rivaling headphones 2-3 times its price.  I found games like Dying Light and Battlefield 4 to feel much more intense if I turned up the volume and just enjoyed the immersion. The sound quality is perfect on almost every level, and I was blown away by how good the sound through a barrage of different genres of games and movies.

The build quality is also above par, and I haven’t had any real problems even after rigorous use. They are a big pair of headphones which was a concern to me at first. As a bigger guy with glasses, big headphones usually end up just hurting the area around the tips of my glasses and my ears. I can say the padding on the ear muffs is soft enough to be comfortable even with eyewear, but are still very soundproof. The headband is also made of memory foam, as are the ear muffs. These gaming headsets are made for comfort, even after 7 hours of straight use they still felt good. The ear pieces became a little warm, but never uncomfortable. Also included is a well-made mesh bag that is able to hold all the pieces plus the headphones themselves.

If you are not using it on a PC and have to use the 3.5mm connection I do feel the cord is a little bit short, but with the USB adapter for PC and Mac it is the perfect length to move around without having way too much cord getting stuck on everything. The USB module that is included is also well made. It is lightweight and controls both speaker and microphone volume levels, a mute toggle for the mic, and a button to activate 7.1 surround sound. They all work perfectly on PC, they seem to do absolutely nothing if being used with a PS4.

Coming in three visual options; gun metal, red, and pink, I got to review the red set and they look great. They are big, as I’ve said, but the logo on the side with the metal holding the speakers it looks downright beautiful. I have even gone out and used them in public with my iPod despite the size because they look and sound so amazing.

The headset also comes with a removable microphone which, like the rest of the package, went beyond my expectations. On PC the sound was crisp and extremely clear with little background noise and virtually no echo. If people said I was a little too loud or soft it was also easy to fix by just adjusting via the USB controls. Whether over TeamSpeak or in a game lobby, the sound was above what other similar mics are producing. It is a bigger mic however, and being able to take it off the headset and throw it in the included mesh sack was a nice and well thought out feature. Sound on the PS4 and Xbox One however were not as great.  They sounded good, and are easily worth recommending the microphone, but no where near what the accomplish on the PC or Mac side of things.

I cannot emphasize how well designed and put together the Kingston HyperX Cloud II headphones are. They are the best of the best on the PC side and still solid for consoles, if not quite as robust as they are on non-consoles. Anyone looking for a new headset should consider these -- they demand attention and will not let you down.

Growing up in a small Colorado town, Bryan has always had plenty of time to play games. PC is his first choice of tech followed by the PS4. Graduating at 16 Bryan knew he wanted to be a writer and wanted to combine his love of games into that and found Gaming Trend in 2012 where he quickly became a member and started writing for them as soon as he could. He is still at Gaming Trend, but now has 2 kids, a puppy, and a lot less time to play the games he loves, but he always finds a way to get back into gaming.
Related Articles: HyperX Cloud II
Share
Tweet
Share
Submit