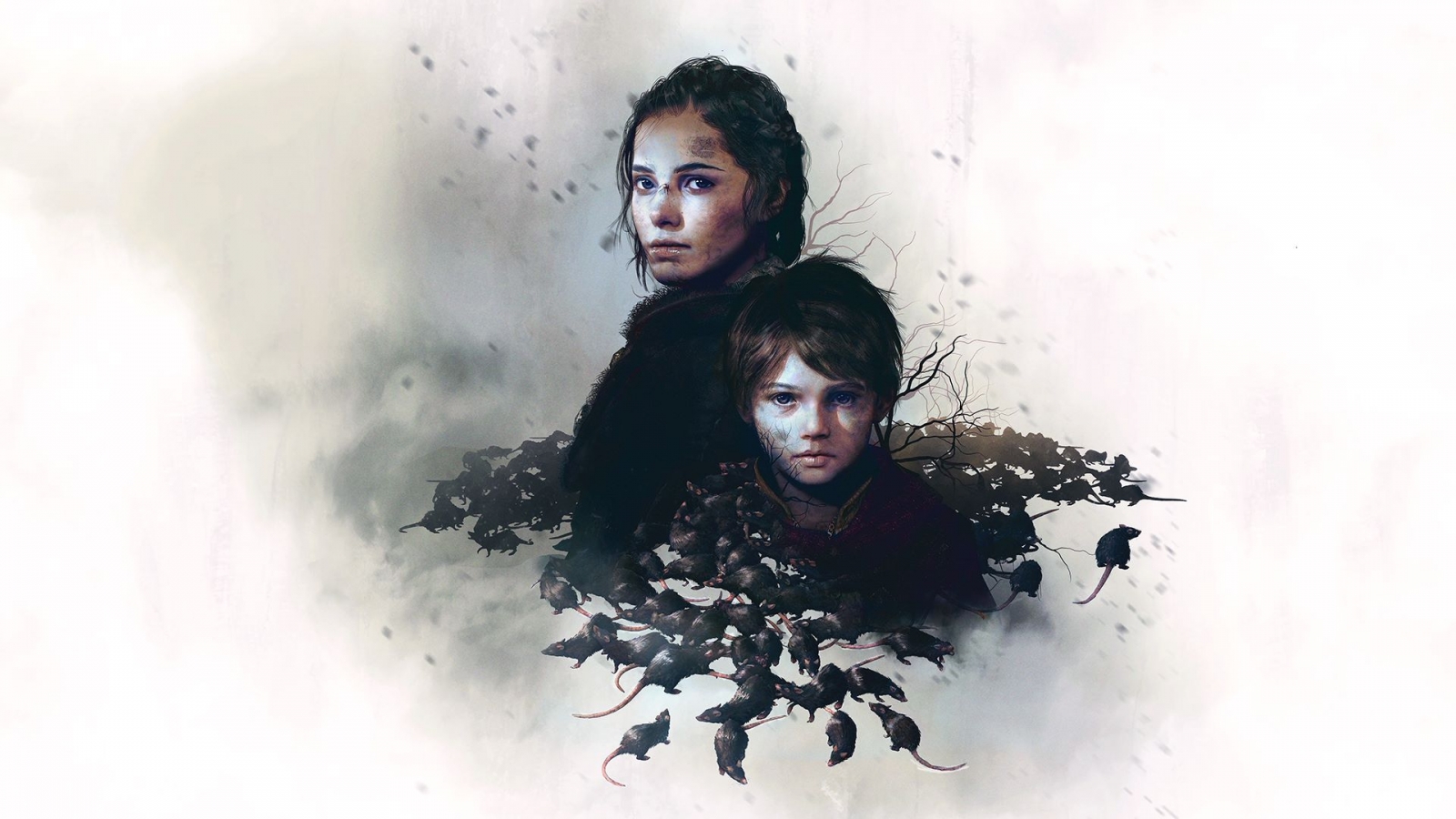 I first played A Plague Tale: Innocence back around the time of its original release in 2019. I went through the first few chapters and was hugely impressed by everything I saw, and I knew I was getting into something special. I was playing on a fairly low-spec PC at the time, and thus was experiencing a lot of framerate issues even at a low resolution. Therefore, rather than plough through in a far from ideal environment, I decided to wait until I had better hardware. Fast forward a couple of years or so to the present Playstation 5 release and I’ve finally got to experience the game properly. All I can say is: thank God I waited. Well, if that was all I could say then this review would be extremely short, so I’ll dig deep.

I’m not going to go into too much about the gameplay specifics here today, as my colleague here at Gaming Trend, Ron Burke, already did that back in May 2019. What I will say, however, is that I pretty much agree with him on every aspect of his review, whether that be; the jaw dropping visuals; both beautiful and terrifying score; rewarding, unique gameplay that keeps on giving; or the fantastic voice performances from Charlotte McBurney and Logan Hannan who voice Amicia and Hugo respectively. The story too was top notch, with some genuine twists, turns, and unpredictable arcs throughout the 11 hours or so it took me to reach the credits.

Let’s instead focus on the next-generation upgrades A Plague Tale: Innocence has received, specifically the PS5 version. While there was no new content added to Plague Tale, the update is offered free to existing owners,so we would not necessarily expect it to ship with new story or gameplay content. I’m actually happy about this – the base game is fantastic and I’d much rather Asobo Studio put all of their time and resources into the sequel that’s due to release in 2022. 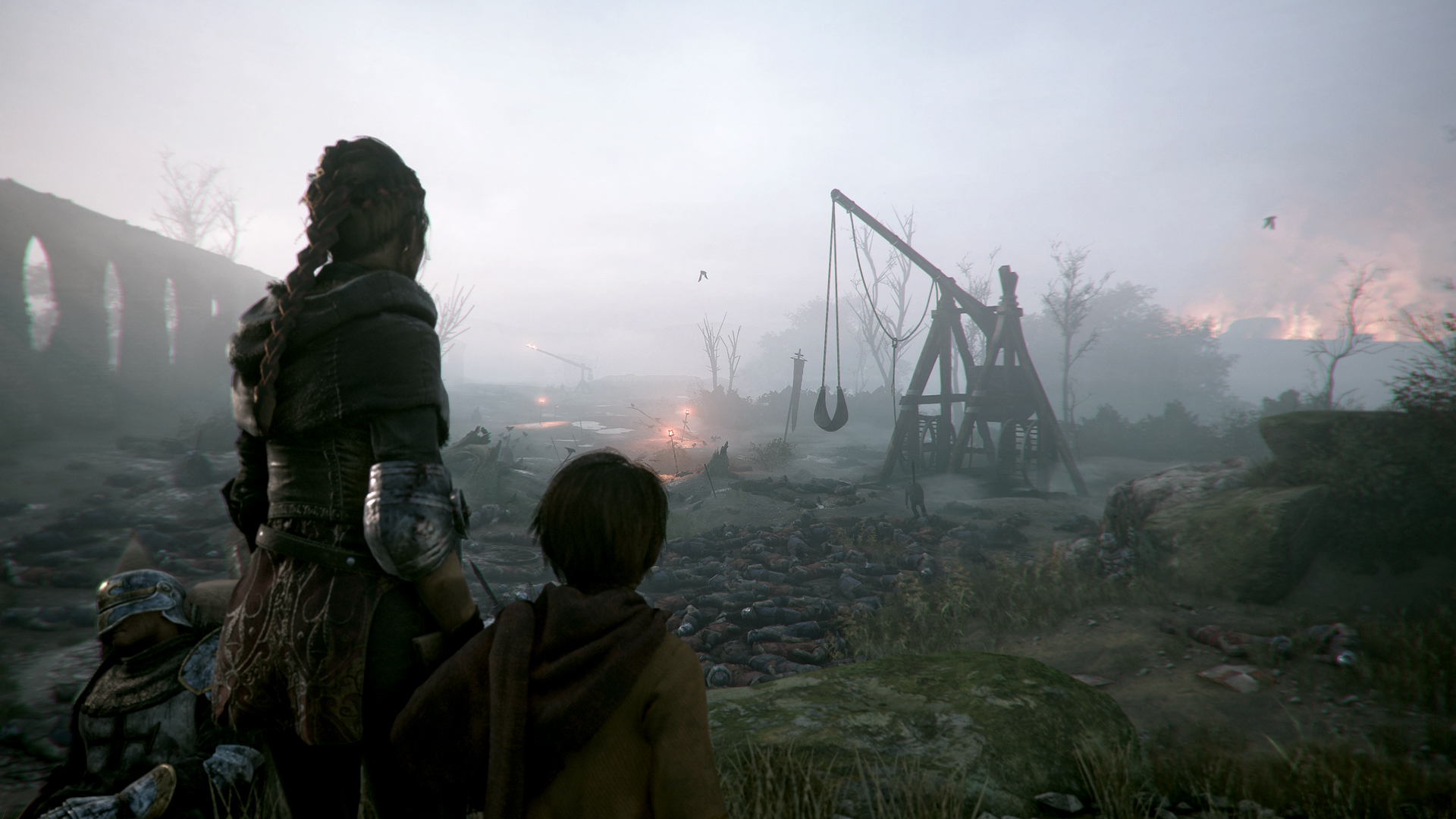 Perhaps the most noticeable upgrade is doubled framerate. A Plague Tale: Innocence runs at a mostly solid 60fps rather than the 30fps limit that last-generation versions of the game had. I say mostly and I do mean it – the only times I suffered noticeable frame drops were during the odd cutscene where it may have dropped to the high 40s for a couple of seconds. There were never any frame drops during gameplay that hampered my experience (maybe a couple of frames here and there), which is incredibly impressive, especially in the latter sections of the game that feature A LOT of rats. In terms of performance, then, Asobo Studio knocks it out of the park.

It’s worth noting that I was only running the game at 1080p, but I have it on good authority that the game runs exceptionally well at 4k (well, technically 1440p), too. There were also some visual upgrades to the game, including lighting and character models. While I cannot attest to improvement overall, both are extremely well executed in the PS5 version, with the light truly bringing some of the more rural landscapes to life as it bleeds through the trees. I’ve actually seen some reports that some minor aspects of the environment such as ground clutter were reduced in the upgrade, but it’s not clear whether or not this was intended. Either way, each and every one of the diverse environments popped with detail, so it really wasn’t an issue.

Another part of the game that has seen drastic improvements is the load times. These, as to be expected, are very impressive, with levels loading in just a handful of seconds. It makes transitioning between chapters much smoother than I remember them being when I played without an SSD. Having the game flow seamlessly from one chapter to the next genuinely improves the pace of the game, and like the original version, there is no loading during the level which keeps downtime to a minimum. Even upon death, reloading back into the game is basically instantaneous. Another enormous win there.

Last but not least, it’s time to talk about the PS5 exclusive features – the adaptive triggers and haptic feedback. Let’s start with the least impressive of the two – the adaptive triggers. To be fair, there isn’t a whole lot of stuff Asobo Studio could have done in A Plague Tale when it comes to the adaptive triggers, as there isn’t a whole lot of use for them outside of sprinting and firing the slingshot. The developers definitely implemented support for adaptive triggers where they could, however, with pressing down R2 to sprint sprint offering some resistance, and the pulsation of the trigger as it mimics the rotation of the slingshot. The latter can be practically ignored though, as I always had my finger pressed fully down on the trigger so you couldn’t really feel it pulse. Perhaps more resistance could have been implemented? Then again, that might have been quite annoying. 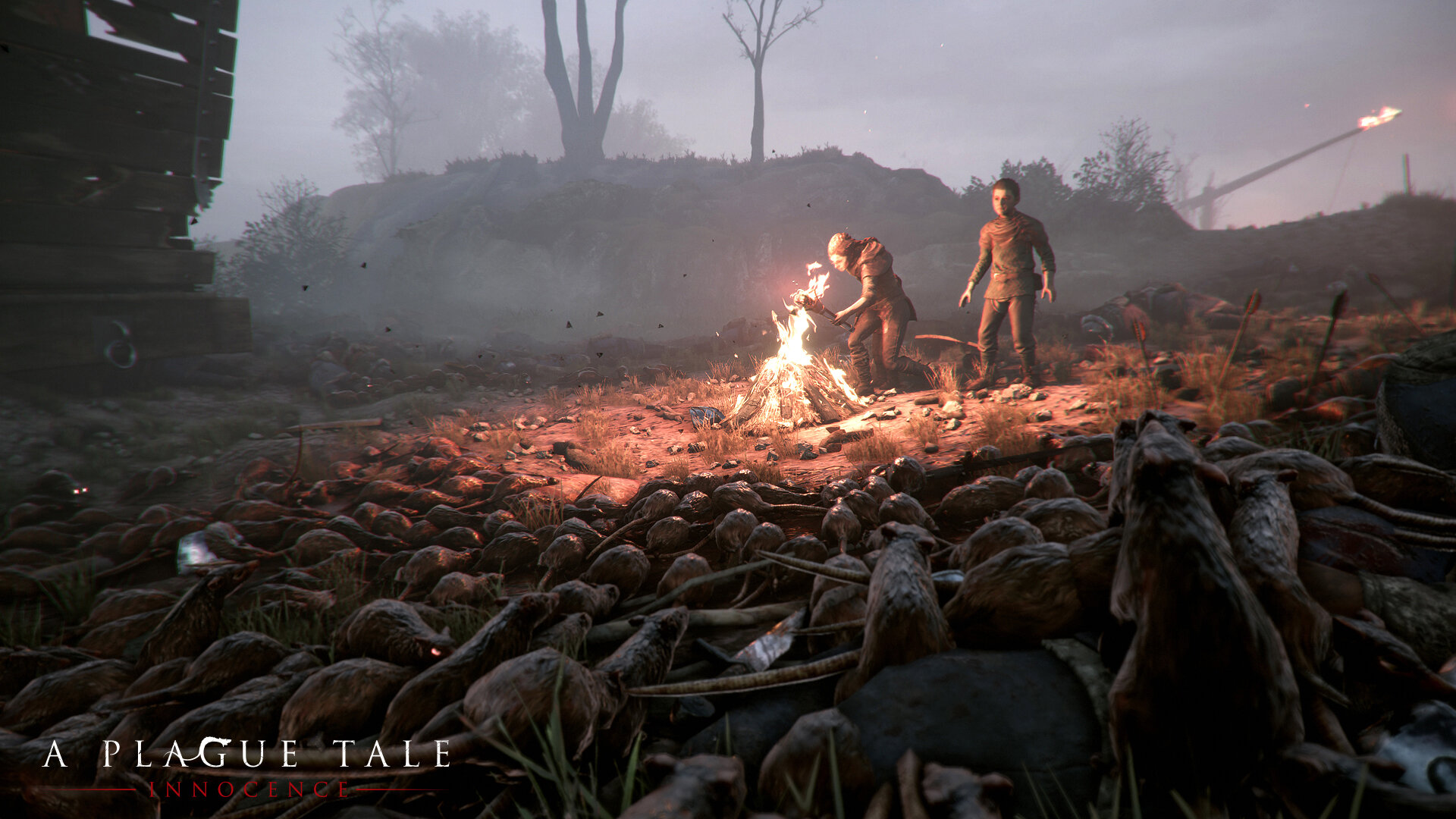 When it comes to the haptic feedback, however, the Dualsense 5 really does shine. Perhaps the biggest reason for this is the way the controller vibrates when rats are on screen. Rather than it being a simple vibration, the controller vibrates in short random bursts across the width of the controller as though mimicking the chaotic movement of the rats. The vibrations feel like the pitter-patter of a thousand feet, as though they are trying to break out of the controller itself. It truly was a standout feature for me. There are other, more subtle implementations of haptic feedback that all come together to elevate the experience as a whole, whether that be the soft feeling of footsteps as Amicia moves through the gameworld or the reaction of environmental and weather effects such as lightning.

The upgraded version also included 3D audio, but unfortunately I wasn’t able to test this.

Overall, the upgrade for A Plague Tale: Innocence is a hugely successful one. I’m so glad I waited to experience the game on more powerful hardware. While I’m not sure it does enough to warrant a second playthrough, anybody who has not yet played the game is missing out on a treat, and the PS5 version is the definitive way to play.

The next-generation upgrade of A Plague Tale: Innocence succeeds in making an already amazing game even better. Fluid 60fps, massively improved load times and clever use of haptic feedback all come together to create an unforgettable experience. If you’ve not played this yet - do it. You won’t regret it.

Kristian (or Kris for short) is a copywriter by day, button presser by night. Based in the UK, Kris loves any game that allows him to swing a sword, fire an arrow, or sling a ball of fire, but ultimately he's not too fussy. On the rare occasion Kris isn't writing or gaming, you'll probably find him in the bath with a good book.
Related Articles: A Plague Tale: Innocence
Share
Tweet
Share
Submit