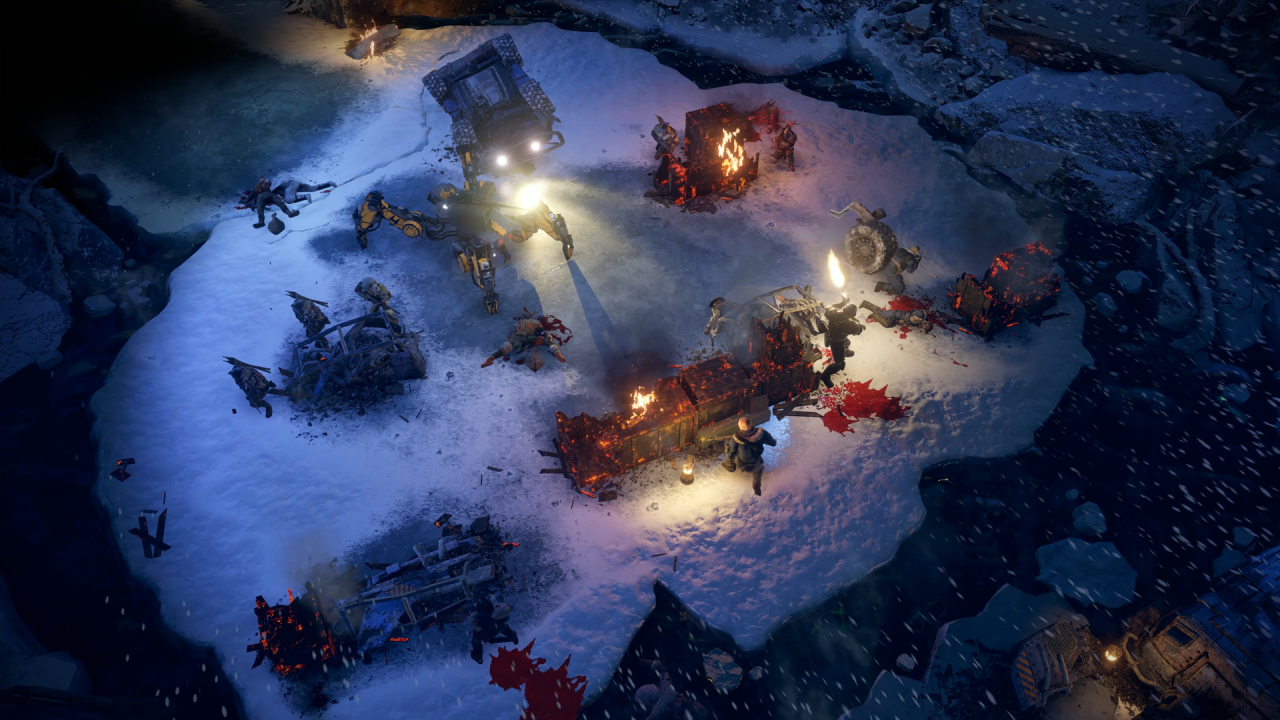 I missed out on the Wasteland series. As a lover of RPGs, Wasteland 2 was always a game I meant to get around to playing but never did. So when I got the chance to play Wasteland 3 I jumped at the opportunity. After exploring about 5 hours of the beginning of the game, I loved it so much I immediately downloaded Wasteland 2 because I wanted more.

Now that I’ve played a bit of Wasteland 2, I can safely say those with prior experience will feel right at home with Wasteland 3. Well, you might have to get used to all the snow. Wasteland 3 takes the Arizona Rangers out of Arizona and puts them in Colorado instead. The rangers are hurting. They need supplies desperately. So when a man calling himself the Patriarch calls and offers supplies for their help, well, they don’t have a choice but to answer the call. 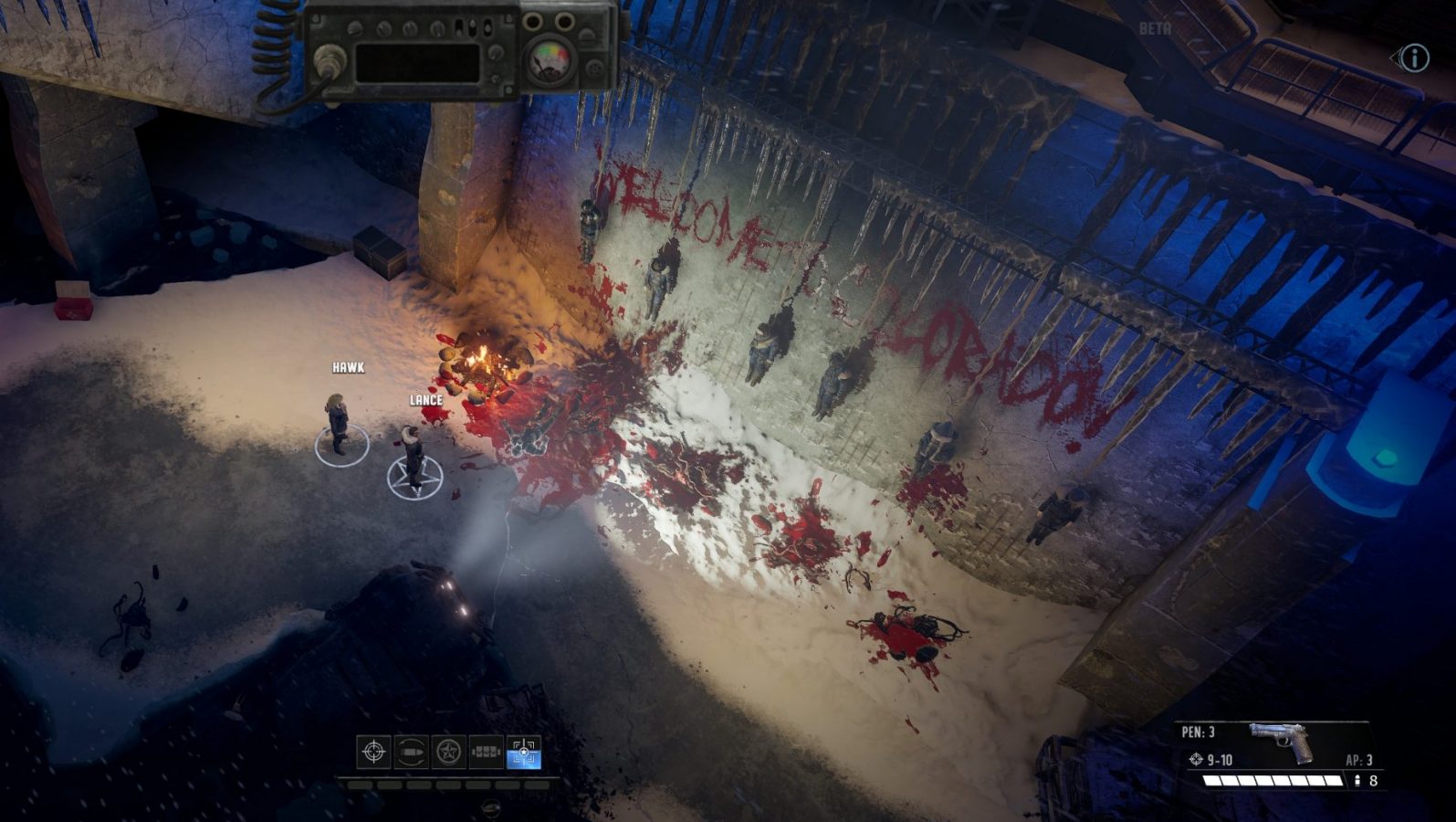 What a warm welcome!

Before the game gets going, however, you have to create yourself a couple of characters! Much like Wasteland 2, you have the option of playing from pre-built characters or creating your own. I may be new to the series but I am not new to RPGs so I went ahead and created my own characters. For now, you only get to create 2 of them, but you’ll get more a little bit later down the line. Eventually, your party can consist of 4 rangers you have created or recruited yourself and two other companions you may find during your time in Colorado for a total of 6 party members.

Once you have your two characters created, you are immediately ambushed! The apocalypse isn’t friendly no matter where you are. This beginning stage does a great job of teaching you all the basics. Combat will be familiar for returning players but there are a few differences. Initiative is no more! Your characters can take their turns in any order you like which opens up a host of new strategies.

Combat is, obviously, still turn-based and the strategies you may have used during your time in Wasteland 2 are likely to still work here. Cover is important as it makes you harder to hit and makes things easier to hit for you. This also works for enemies, however, so being able to move around the battlefield and flank is super important. AP, or Action Points, are how you do anything. If you have enough AP, you can do it. It’s worth not burning through all of a character’s AP in a turn. Extra AP can be used to ambush, defend, or prepare. Ambush allows you to interrupt an enemy’s turn for a free attack, defend boosts your defense, and prepare allows you to carry over AP for your next turn. 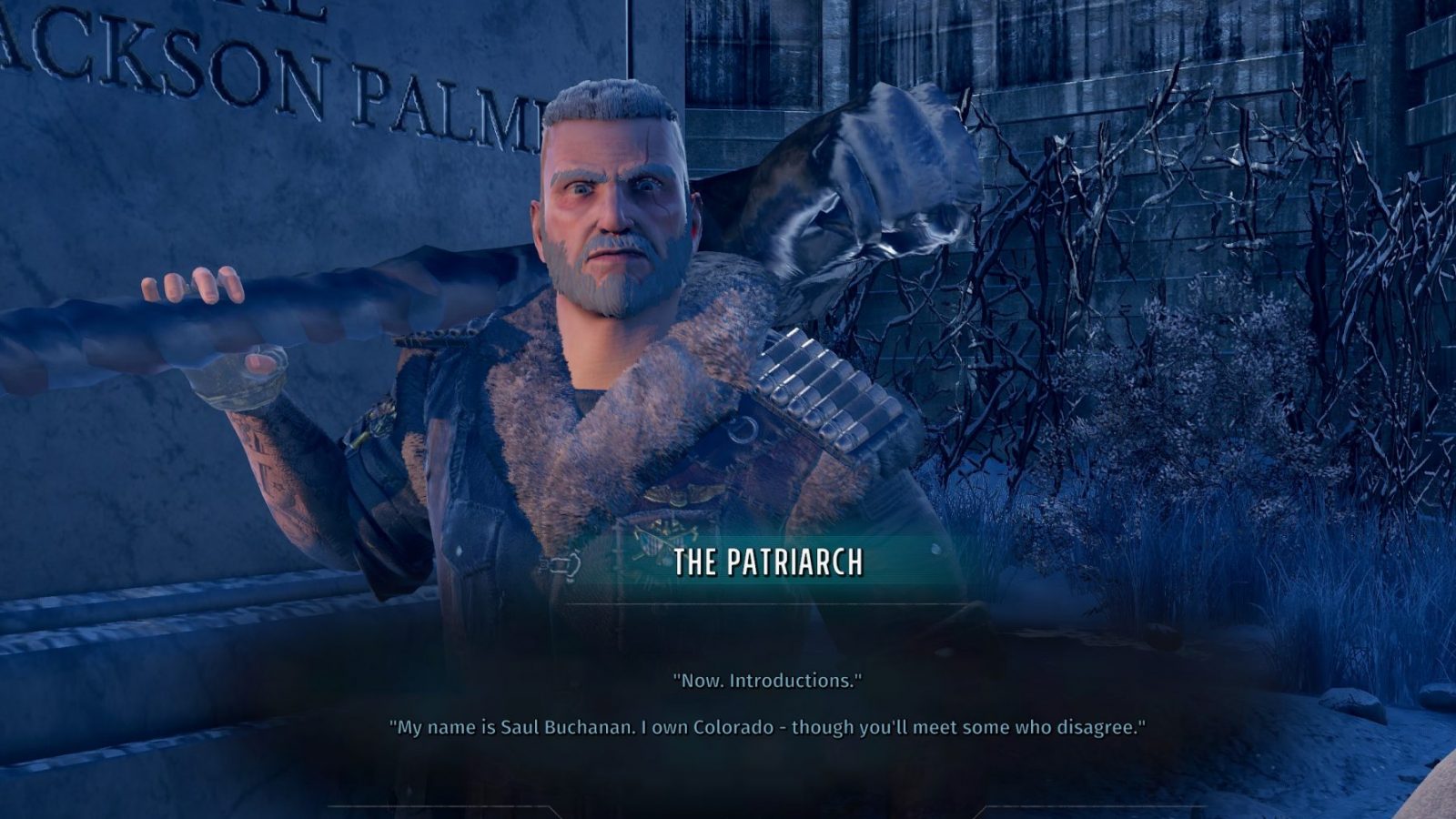 The Patriarch is the only one who can get the supplies the Rangers need.

The Wasteland is a dangerous place, and you never know when you are going to need ammo. I like to outfit my characters with a secondary melee weapon to finish off low health enemies or counter enemies with melee weapons of their own. Anything I can do to conserve ammo, especially some of the more expensive stuff like sniper rounds, is worth it to me. Especially since I didn’t immediately put anything into barter so everything was kind of expensive.

I also didn’t put anything immediately into first aid and boy that sure did seem to be a mistake. Everyone I came across was dying or hurt and I couldn’t do anything for them. The only help I could provide is a bullet to the brain, but I don’t think that’s what they were looking for. What I could do, however, was pick locks, hack computers, and disarm explosives. So I was all set when it came to exploration. No door or trap could stop me! I love the skills system, and there were so many different ways to solve the same problem based on the skills I currently had.

Skills are important, but so are your decisions. I only played for around five hours and I’m already curious about the different ways situations could have gone. I talked these criminals out of a shop and they left peacefully, but is that the end of the story? Are they going to come back and bite me? Should I have just killed them there? Another time I talked these people into letting their hostage go only for them to run off and warn their friends I was coming. This led to them being all set up before I even got there. Wasteland 3 promises that your decisions will have an impact now and in the future, and I look forward to facing the consequences of my actions. 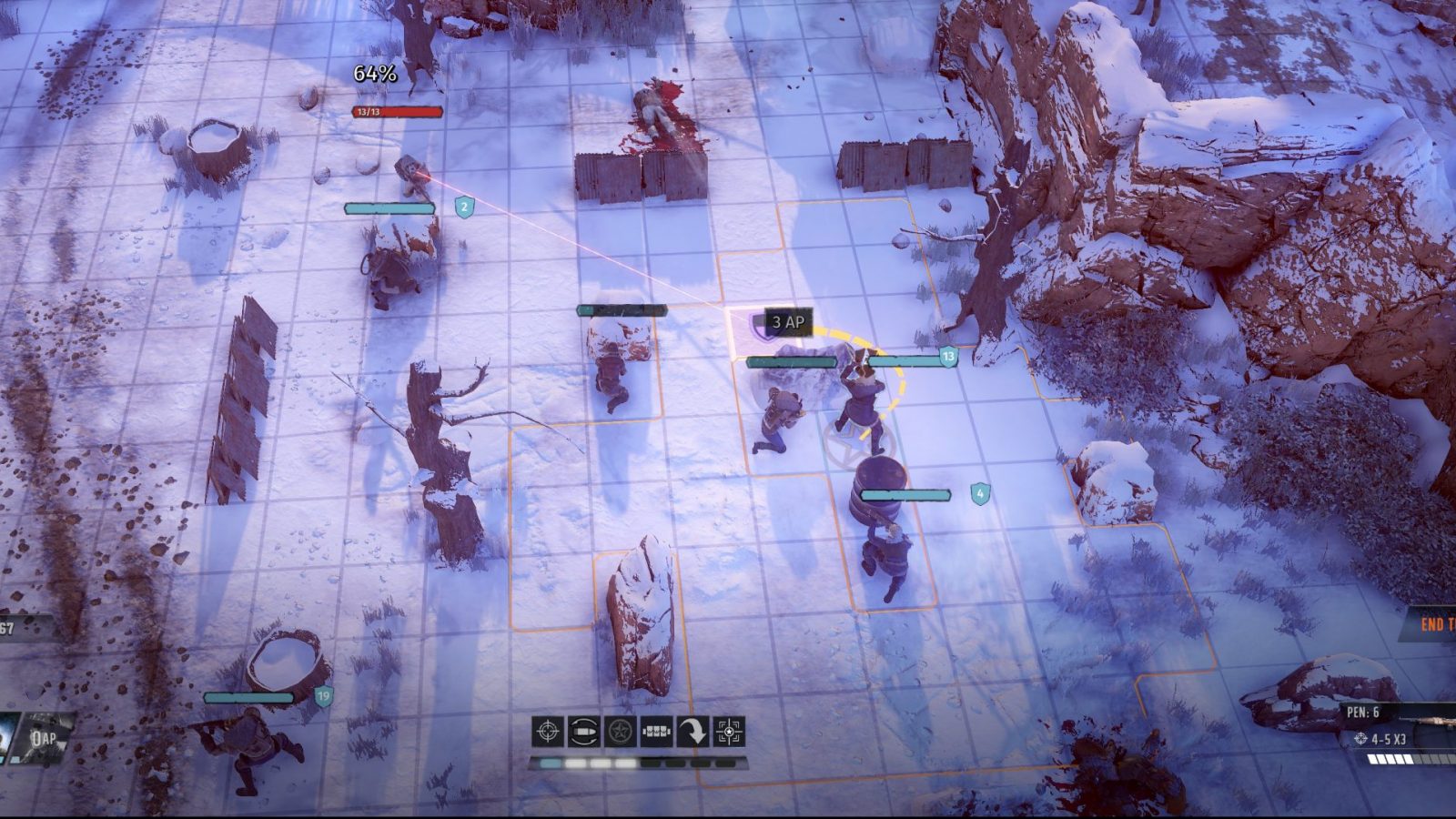 Combat is elegant and retains the depth one would expect of an RPG like this.

The dark humor has also made a return. I’m a huge fan of dark humor. When an enemy is looking like he is going to be a boss just to have his head explode from a bullet before combat even begins is always going to get a chuckle from me. The humor stops things from ever being too depressing. Don’t worry Wasteland veterans, toasters make a return.

Wasteland 3 is shaping up to be the most ambitious project they have done yet. It’s fully voiced, the graphics are much improved from Wasteland 2, and the scope is huge. I’ve only played a few hours but I’m sold. I can’t wait to play the full game when it launches May 19th.