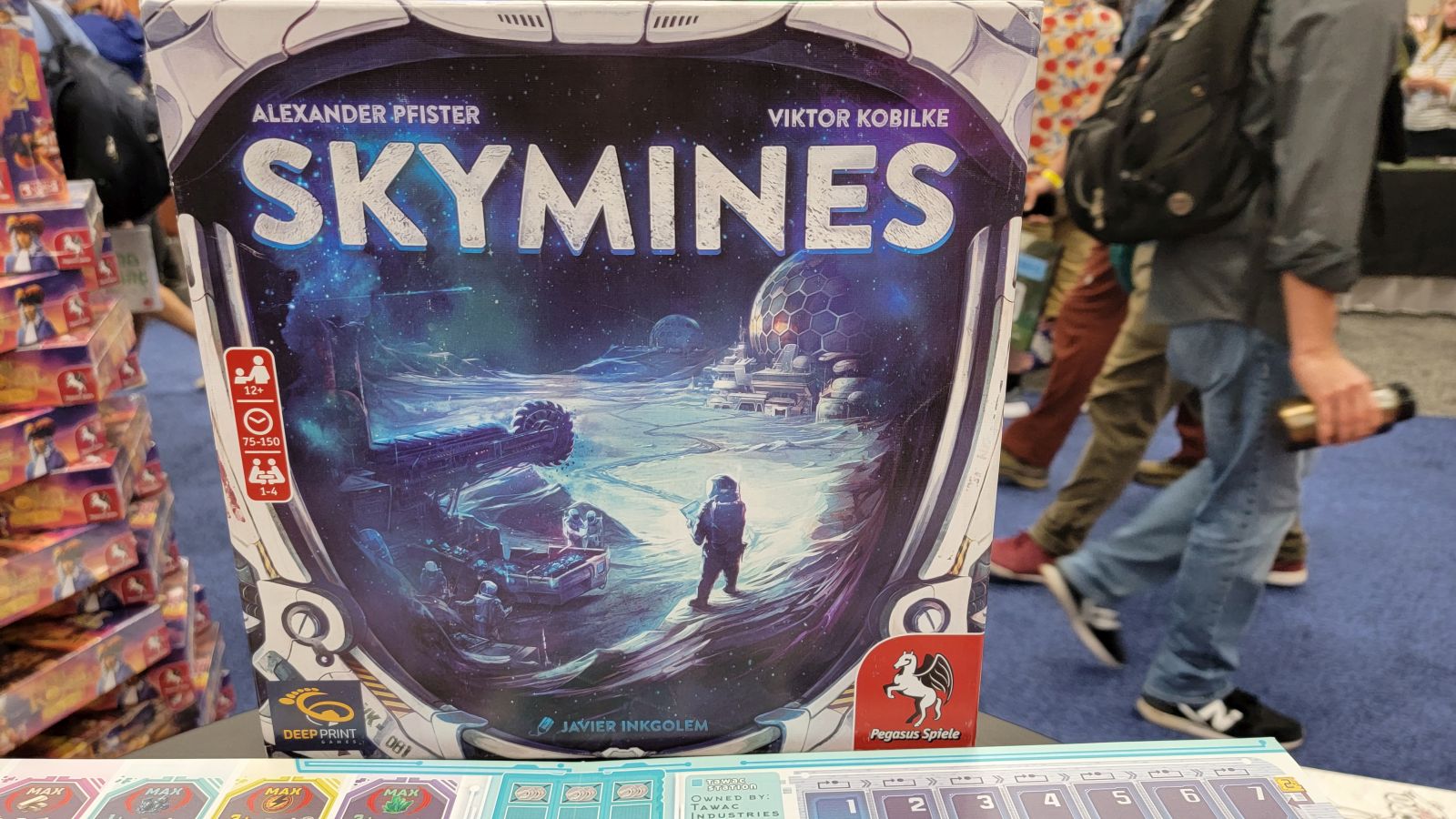 With day two of Gen Con in the books, more games sold out, more games were talked about, and out of the many games being revealed and shown during the best four days in gaming, a stand out among them is the game Skymines. The game Skymines was developed by the illustrious Alexander Pfister and his cohort for this game Viktor Kobilke. 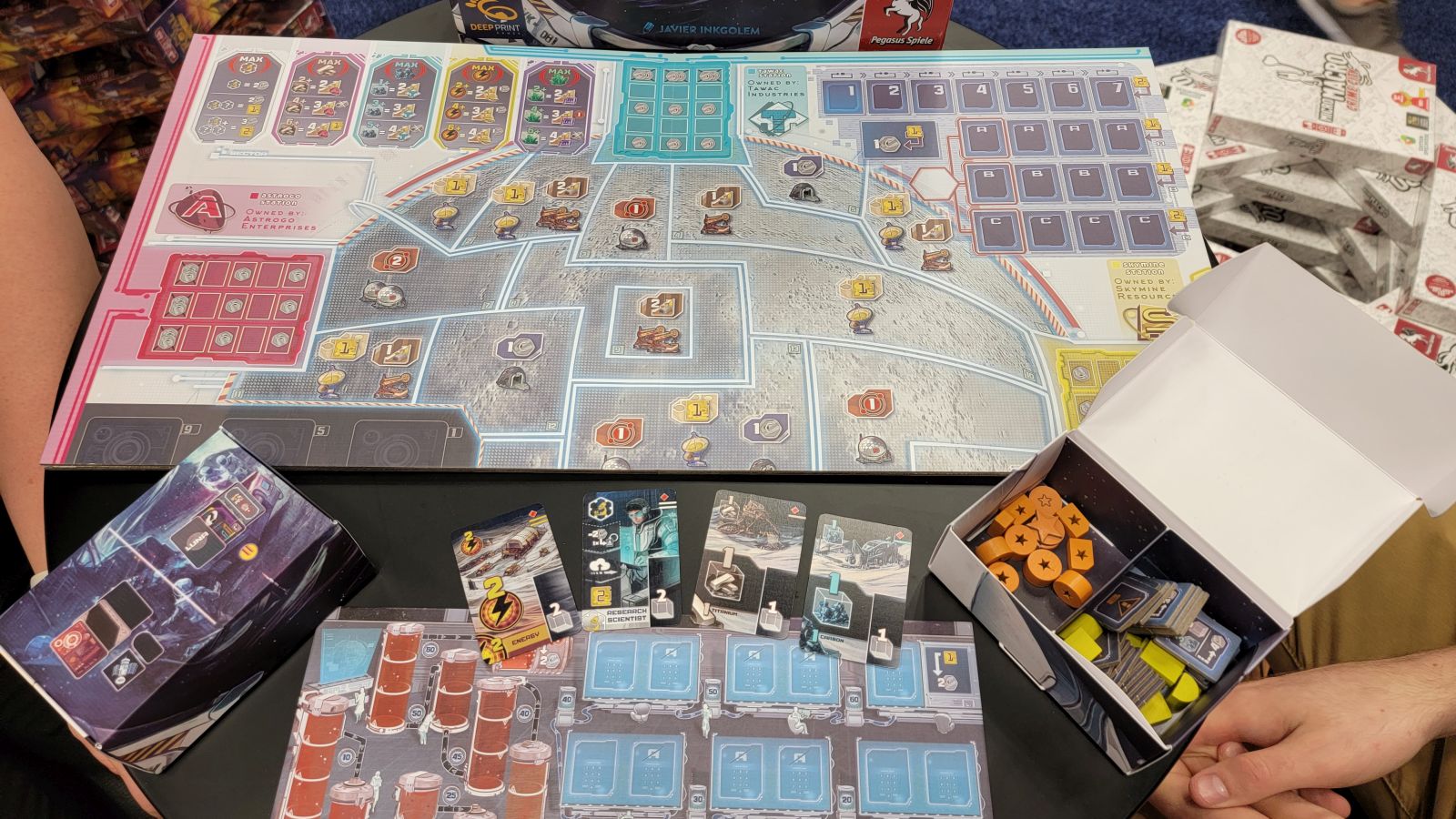 Here at Gaming Trend we got a peek at the game before it releases in the next couple of months. So what is Skymines? Well Skymines is a euro first and foremost, and it involves doing things such as investing in corporations on the board, leveling up the research tracker, and gaining helium in this space themed reimplementation of the game Mombasa. It also features a nice organizational box system and provides plenty of storage in the box. 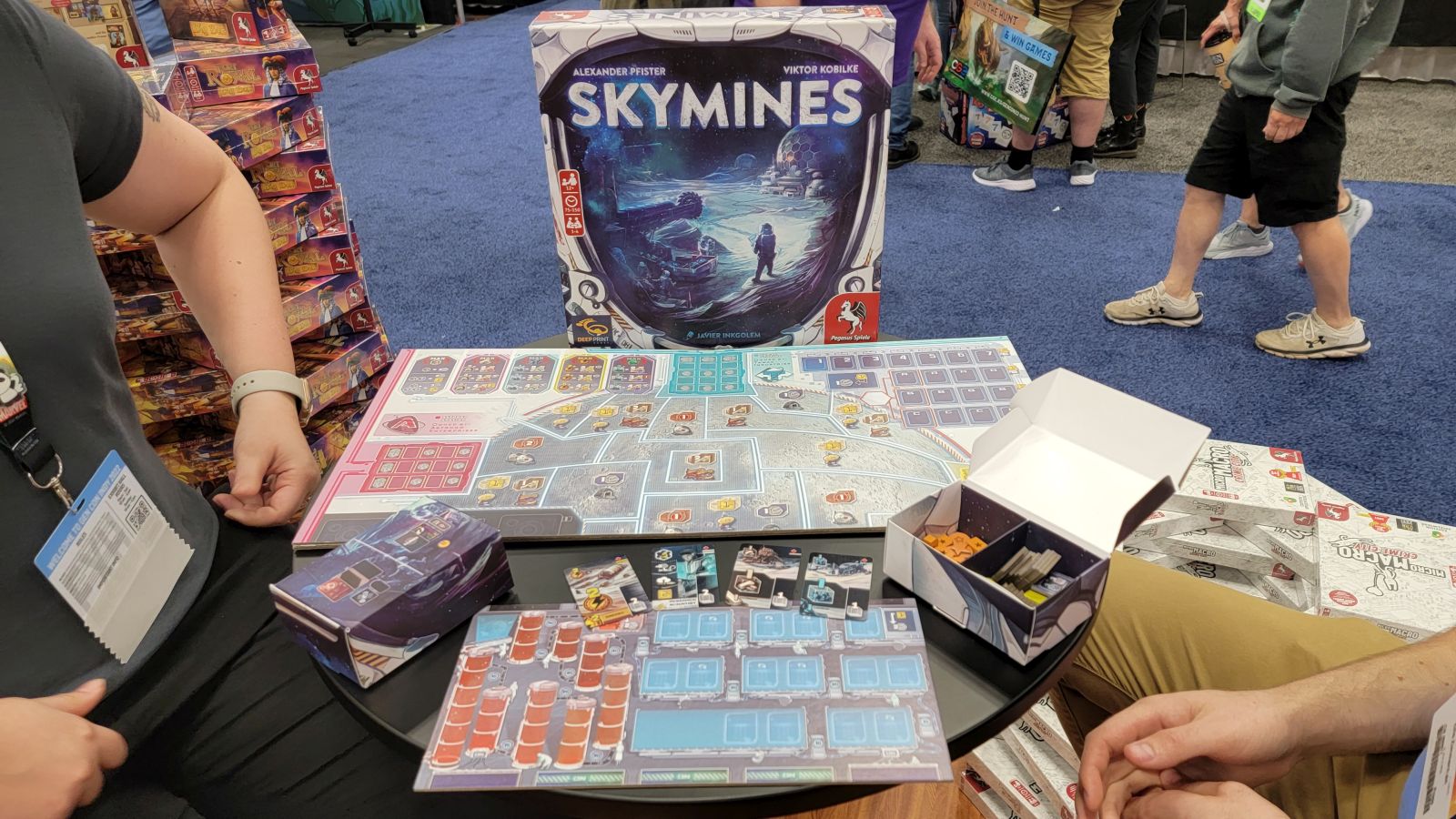 While the game may not be out for another month or two, Pfister and Pegasus have a sure fire hit on their hands, with all of the demos being booked, and the only copies that exist at the convention being the demo copies. Even though there are not any copies available to buy at Gen Con, this is a must see for anyone that is a fan of Alexander Pfister or euro style board games.

So stop by and talk to the wonderful people at Pegasus Spiele about their games, and stay tuned for more Gen Con coverage.