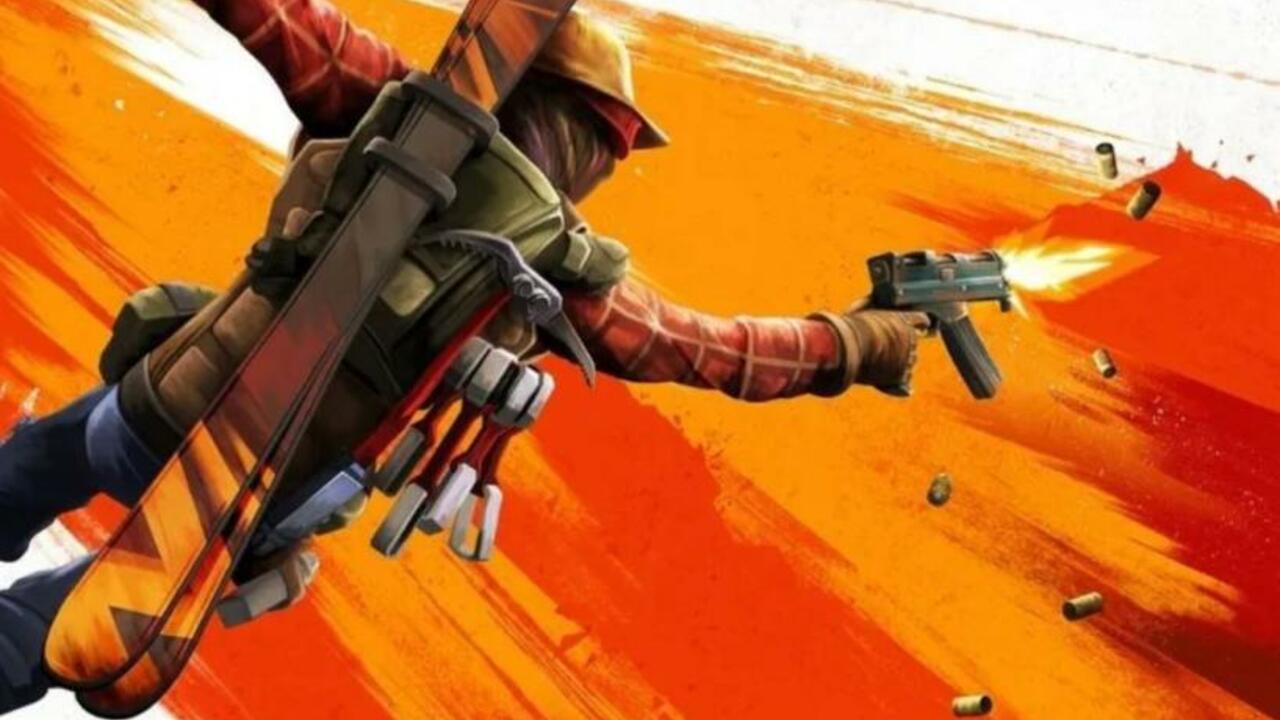 Fracked was one of the great looking VR games announced at Sony’s recent State of Play events, and we’ve recently had the opportunity to go hands-on with the first two chapters of the game to see how it’s shaping up. Let’s snap our skis into their bindings, lock and load, and see what Fracked is all about.

nDreams is the team behind Fracked, and you might remember them from such games as Phantom: Covert Ops (our review), and before that one of my first VR experiences — The Assembly. They also brought us Danger Goat, Bloody Zombies, Shooty Fruity, and more as they continue to experiment with new ways to bring gameplay to life from augmented reality to virtual reality and everything in between.

Our story (at least in the demo anyway) begins as our protagonist skis down to a nearby mining camp only to find a group of bad guys shooting up the place. These armed men pull a hostage onto a bridge and chuck him over. Determined to do something about it, we grab a nearby gun and take them out. Our partner referred to them as “Fracked”, but we referred to them with bullets.

As Fracked is a cover based shooter, you’d expect a crouch button, but nDreams takes a different approach. Anything you are close to, you can use your off-hand to hold on and lean out, over, and around with your weapons to take out enemies. It makes the crouch button redundant, typing directly into a very cool cover mechanic reminiscent of the likes of Time Crisis.

In terms of mechanics, the nDreams team have embraced the best parts of VR that would translate well to a spy fantasy. Cover shooting, climbing, hand-over-hand rail work, remote controlling a cargo mover, sliding down zip-lines whilst shooting enemies in the head in slow motion, you know — the fun stuff. While you do have unlimited ammunition for your pistol, you don’t for all of the other guns you’ll be picking up. Reloading the pistol means sliding another magazine into the well, then gripping and pulling the slide to release it. Similarly, reloading the SMG means sliding a new mag in, and then actioning the bolt on the side to release it. These sorts of interactions aren’t new, but they are done very well in Fracked. 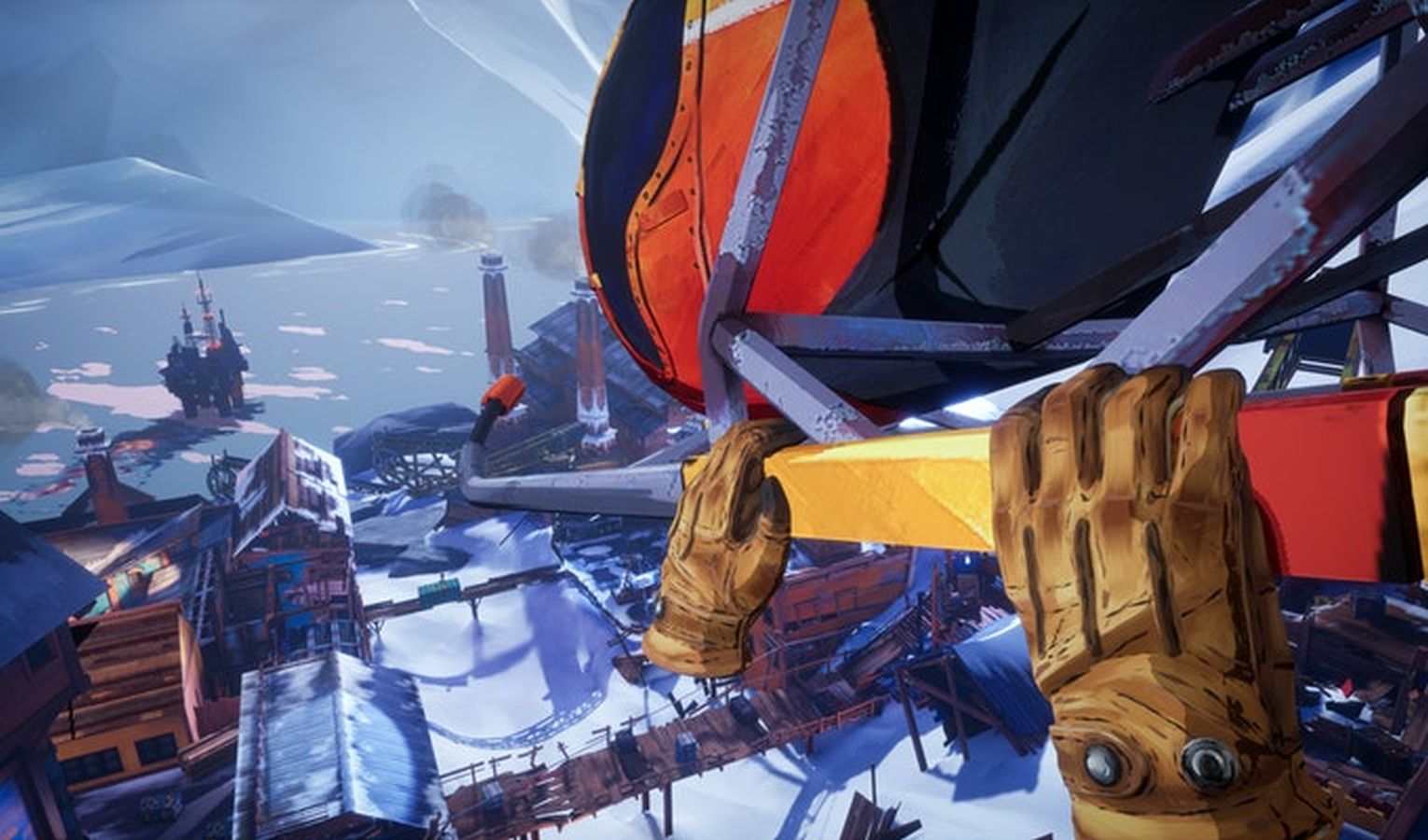 The mechanic for skiing utilizes your head position to guide your path, not unlike early VR games like Ubisoft’s Eagle Flight. While I did experience some slight nausea with this, my wife (an Eagle Flight superfan) blew through it like it was nothing. The rest of the run-and-gun motion didn’t cause me a bit of trouble, thankfully, and even the skiing was fine once I turned on some medium vignetting.

Our playable character is not a silent protagonist. Instead you have a knock-off James Brawn voice, complete with a Latino Millennial Moneypenny named Rosales in your ear to guide you. Their banter is fun, and thankfully not constant. Sticking with the audio, the music in Fracked is great. It’s not the usual generic rock anthems we usually get, skewing towards driving techno tracks that fit the spy/action hero aesthetic perfectly. 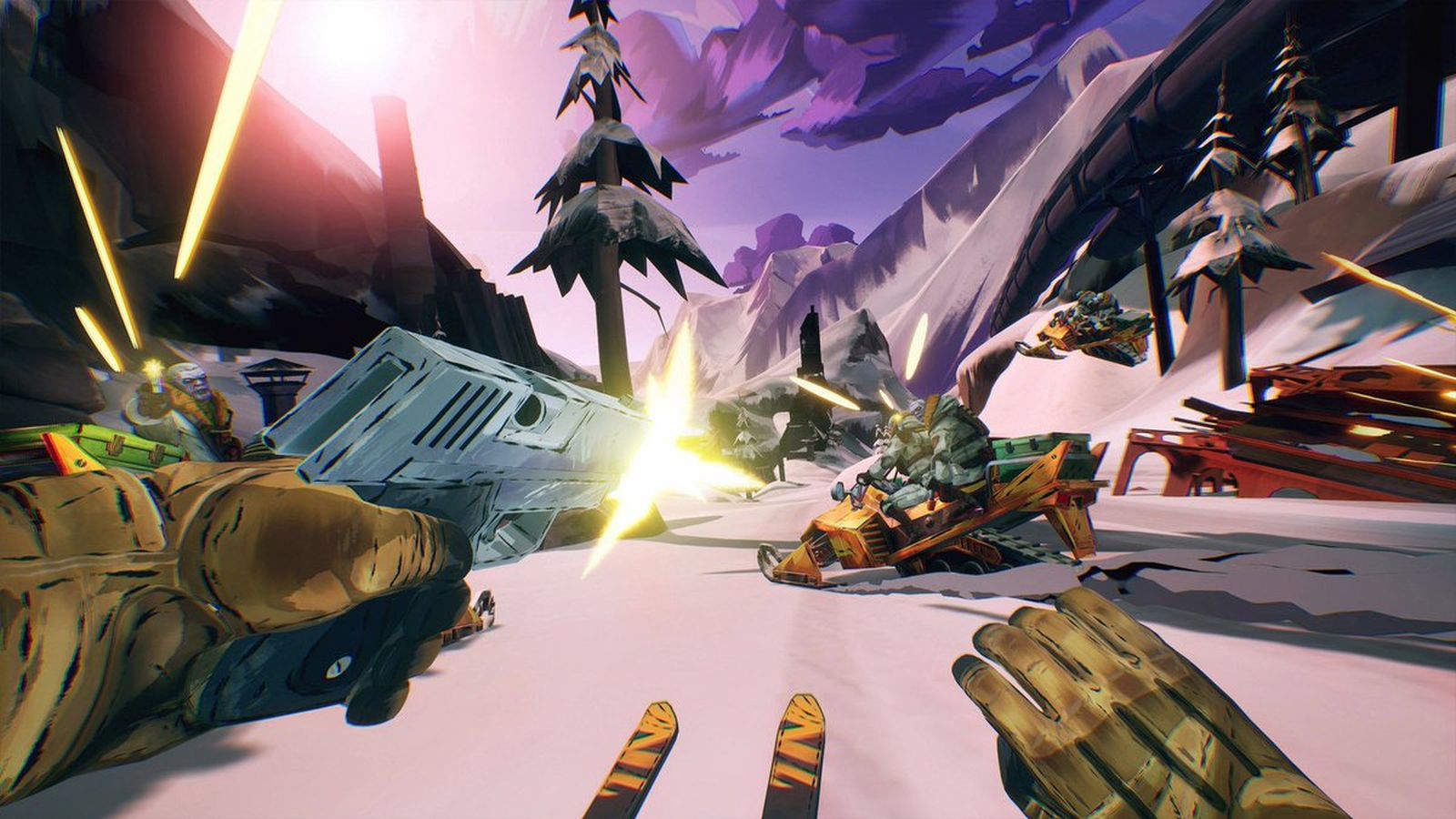 Speaking of aesthetics, Fracked strikes a unique one, with a brightly-colored look reminiscent of other cel-shaded games we’ve seen, but it does so in a way that sneaks up on realism, if not quite crossing that line. It’s a pretty cool and fascinating look, and it works remarkably well for a bombast VR shooter, the team manages to use it to great effect as the framerate is rock solid throughout.

It’s a minor thing, but Fracked supports left and right handed players, allowing you to swap a weapon from one hand to the other. It’s also played from the seated position, and utilizes the Move controllers exclusively, allowing for pickup-and-play fun without any heavy tutorials.

Digging further into the mining area (I think I’m starting to see where they got the game’s name) we find that these Finch characters are actually doing a lot more than just making mutants. Finding a giant drill, we see that they are actually boring into the planet’s core, and that’s just the tip of the iceberg. But that, my friends, is a story for another day… 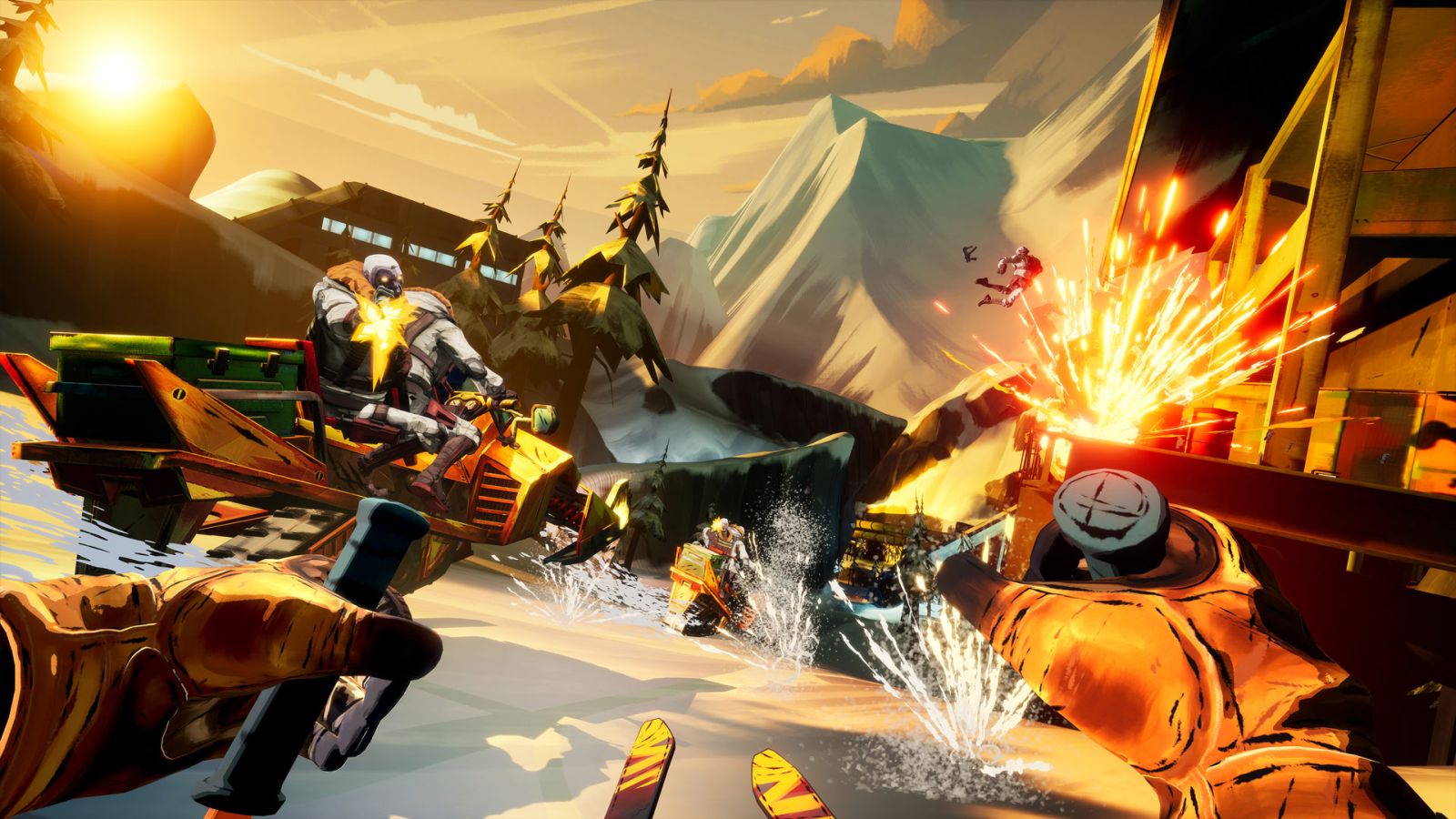 What nDreams has put together is already a great VR cover-based shooter that embraces some of the best parts of interactive VR games. While we’ll have to wait for September of this year to find out the rest of the story, from what I’ve seen thus far, Fracked is absolutely one to watch.

Look for our continued coverage of Fracked as we head towards its September release on PlayStation VR.