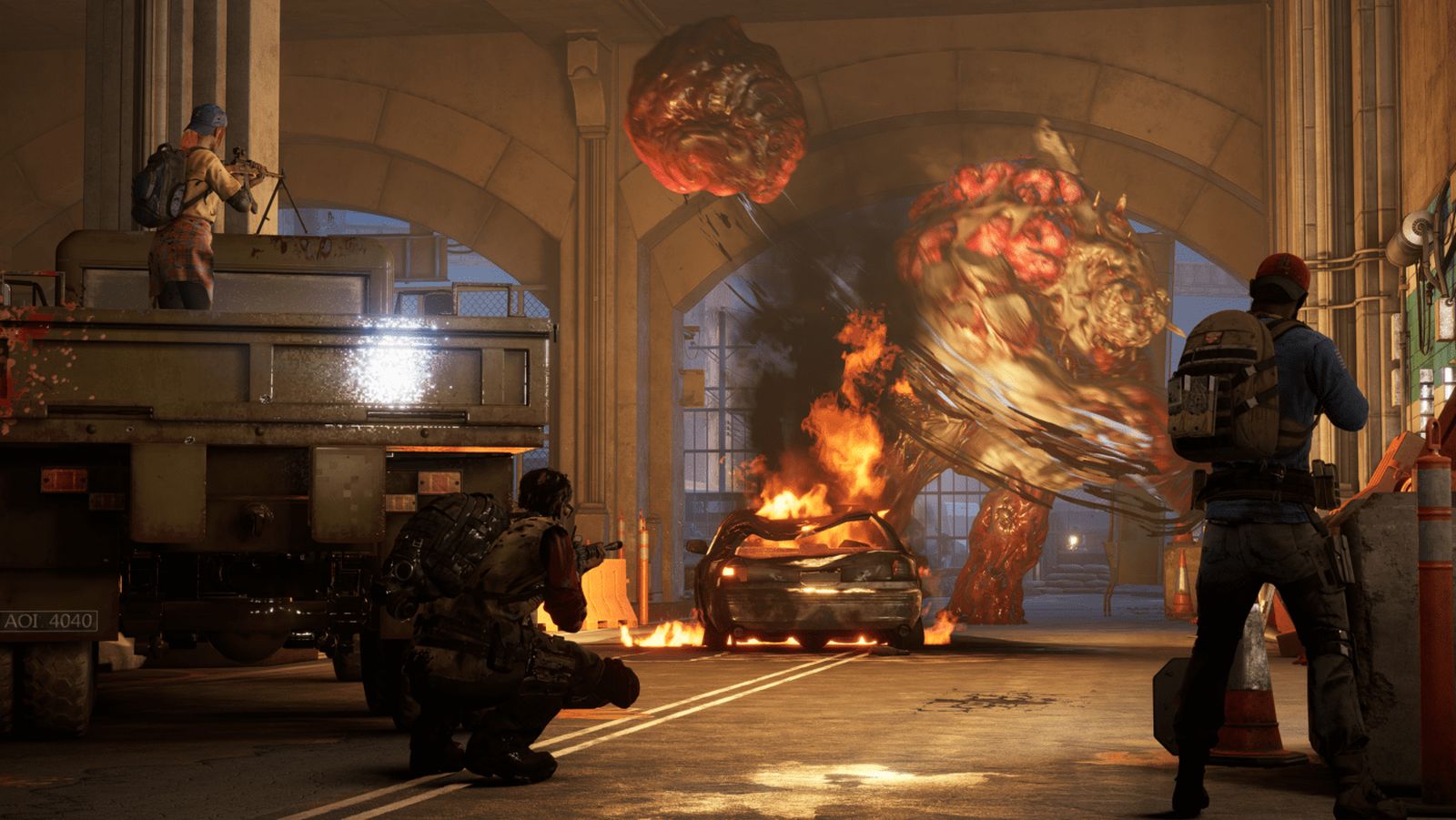 Back 4 Blood was already gorgeous, but NVIDIA and Turtle Rock Studios teamed up to punch it up to the next level with fantastic lighting and DLSS support and uncapped 4K resolutions. From the video we posted this morning, there are a number of options to tinker with to make this game run like butter on whatever gear you are bringing to the table. We’ll have more hands-on time very soon, so we’ll be sure to report back on the performance so far.  Here’s a snippet from Anthony’s preview from the Alpha in December of 2020:

For an alpha though, the game ran smooth. Frame drops were hardly noticeable. I also played with a person who was playing on a laptop and it ran perfectly fine for them. So far the graphics look stellar carried by detailed textures and great lighting. My favorite is being able to see a zombie silhouette through the fog and watching its visibility change depending on the light source.

I also have to give a shout out to the sound design. It’s superb! The puking Retch sounds are appropriately belchy, gutsy and acidic, zombie screams echo creepily throughout a level, and proximity and directional sounds are dead-on. Also, kudos to the accessibility team. As I played, text slid on the screen that mentions if a zombie is idle, if a horde is coming, when zombies die, and other very useful prompts for those who cannot hear the very distinct sounds. I tried playing with the sound completely off just to see how effective they were and while it was harder because it doesn’t mention what direction these sounds were coming from, the prompts plus in-game tags (“Careful of the Snitch!”) certainly make it playable. I can’t speak on how effective they are compared to someone who actually has trouble hearing sounds, but it seems like a great start and it’s good to see some attention paid to this area.

Beyond Back 4 Blood, NVIDIA also announced fresh support for a number of games, including RTX and DLSS for the upcoming release of indie game Escape from Naraka, as well as the previously announced Red Dead Redemption, F1 2021, and Rust.  If you missed those, we’ve got you covered:

It’s great to see DLSS coming to all of these games (as well as ARM processors — could this mean DLSS for the Tesla Model 3’s in-dash games?!) as it will give everyone a chance to play the game they want to play, but with the smooth framerates normally reserved for bleeding edge hardware.