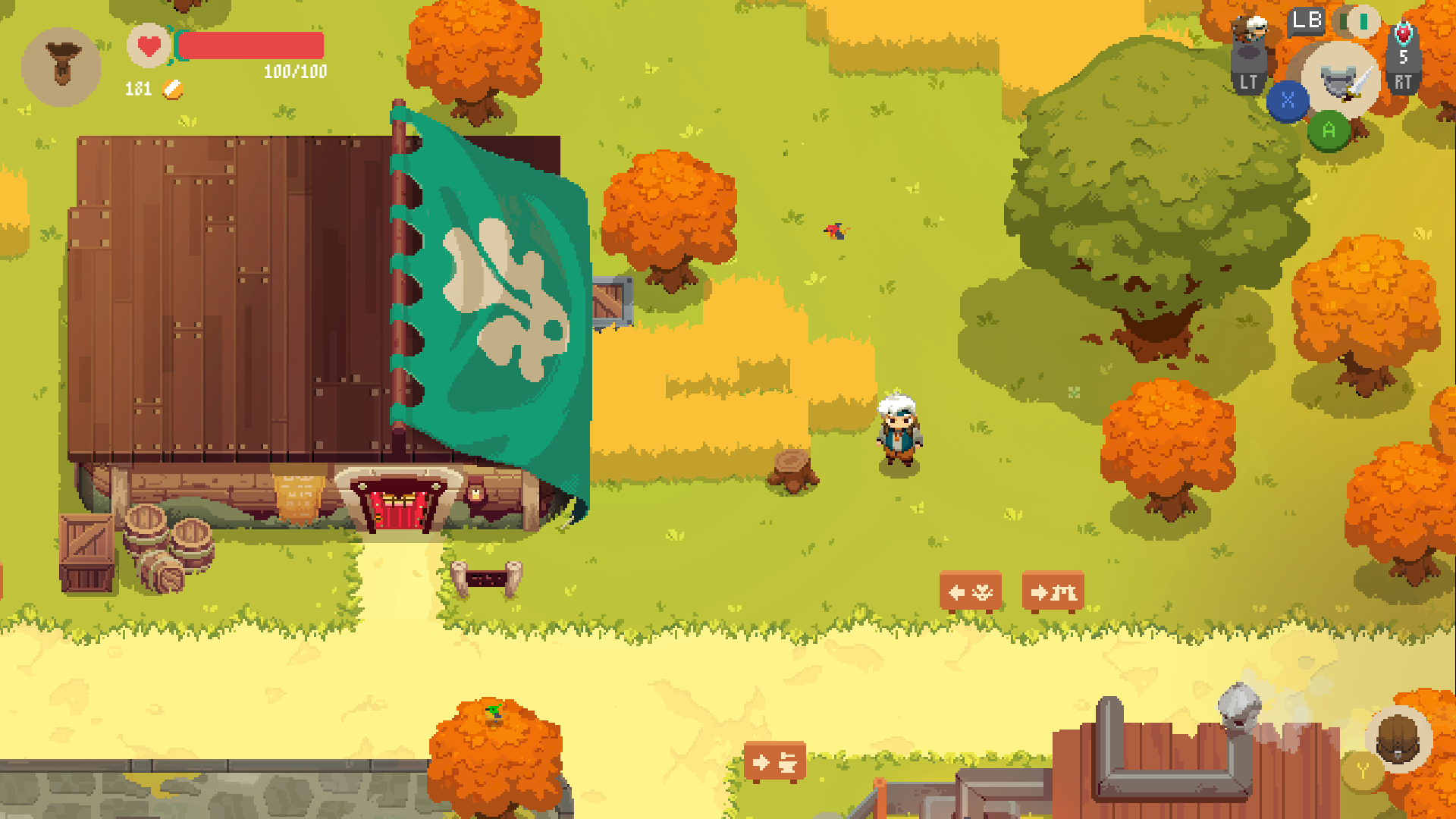 After spending a few hours with the game, it’s clear that the title plugs the core gameplay loop: by day, you play as a shopkeep setting prices and selling items to earn gold, and by night you explore dungeons, fighting monsters and collecting items that you’ll sell the next morning. But the name has a charming duality that also alludes to the reality of indie game development — that developers often hold full-time jobs during the day that force them to crank out their games after the sun’s already set.

I’ve only spent time with the pre-alpha version of the game, but if what I played is any indication, Moonlighter, by developer Digital Sun Games, is shaping into another one of those indie gems to come out of the tired, moonlighting indie community.

Moonlighter shows its affinity for classic isometric games, such as the original The Legend of Zelda. Players familiar with those games will notice a few nods to that series in the first few minutes of the game.

Moonlighter takes place in Rynoka, a merchant town convoking explorers and opportunists from all over to find fortune in the mysterious dungeons nearby. The dungeons in question immediately harken back to their isometric cousins in the classic The Legend of Zelda (I’m even 90 percent sure I saw Old Man Link buy items from my shop!). Unlike that game, each dungeon in Moonlighter is procedurally generated. You’ll encounter familiar rooms, but they’re re-jumbled each time you enter, which keeps dungeons from becoming easy or boring.

Moonlighter isn’t as easy as the games it takes inspiration from. Dungeon monsters are fast-moving and dangerous in swarms. You’ll have to invest in the game’s crafting systems to upgrade your armor, even in the game’s first dungeon.

Dungeons are riddled with traps you can avoid with a handy dodge-roll mechanic and enemies you can dispatch with a variety of weapons, which forced me to experiment each time I encountered a new monster. (Hint: the long-range broom is very useful when fighting Stone Golems.) What’s more, the difficulty increases as you move up floors, but so too do the rewards. I was hard-pressed to survive past the second floor during my playtime, but this challenge smartly reinforces the game’s crafting and economy mechanics.

Enemies drop specific items you sell at your cutesy shop, but unlike most games, you get to set the prices. If you don’t have a spine, customers will gladly take your golem orbs at a massive discount. If you’re too stingy though, customers will ignore your treasures, leaving them on the shelves to collect dust. The game doesn’t tell you what prices to set — instead, you’ll have to deduce the best numbers by watching customers’ facial expressions as they peruse the store. A useful and easy-to-read log book keeps track of how customers responded to the prices you set on each item, allowing you to find that sweet spot and earn the most gold for your wares.

If you ever wondered what Old Man Link looked like…

Managing your store felt like a game in its own right and was more fun than I expected, and there were times that I was more excited to handle customers than explore deeper levels in the dungeons. The shopkeeping gameplay rewarded me for my efforts in the dungeon in a way that most games don’t, as I really enjoyed the pleasure of watching happy customers walk off with the items I looted. And by the time my shelves were empty and the store was closed for the day, I was pumped up to get right back to spelunking!

There’s a reason for all this moonlighting, though. Your daily profits enable you to invest in stronger gear, as well as updates for your shop. These expansions (such as shop assistants, discount boxes and register tips) weren’t available in the pre-alpha demo I played, but they sound like enticing goals that could motivate longer play and more exploration.

Items have become scarce in Rynoka’s dungeons, and the town has seen some better days. Upgrade your shop to breath new life back into the merchant town!

The irony here is that for indie game developers, moonlighting isn’t nearly as easy or fun as the game I played, but I’m thankful for it nonetheless. We couldn’t have this little gem without it. Moonlighter is expected to launch in early 2018.