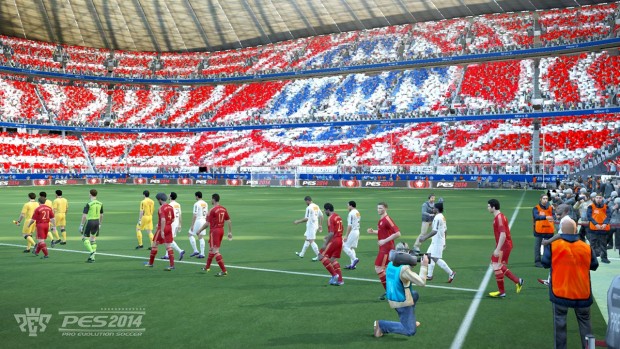 PES 2014 returns this year. Powered by the FOX engine developed for Metal Gear Solid and sporting a new ball physics engine called “TruBall Tech” that sees the end of the automated player animations of past games and allows the focus to be on the physics behind the ball itself, which should allow for much more personalized interactions between players.

Along with the new ‘TruBall Tech’ comes an improvement in the procedural physics of the characters themselves know as ‘M.A.S.S.’ or Motion Animation Stability System. M.A.S.S. takes into account factors like player speed and weight and direction when determining the outcomes of interactions.

When asked what is going to separate their game from the comparable and arguably more successful (at least in the U.S.) FIFA, Konami representatives told me that with PES 2014 they wanted to foster a deeper connection with the player and their favorite team (be it a small regional team or a titan of the sport) They are doing this through a new game mechanic in which every player on the field is subject to their emotional state. Confident players have a higher odd of coming out on top in any given situation and things such as conceding a goal to the other team or missing ta shot will affect them negatively.

To coincide with this PES 2014 has implemented a new Home vs Away advantage so playing in your own stadium will boost your teams emotional state and the crowd will get riled and support you. Inversely, when playing an away game your characters may suffer a penalty.

With systems like M.A.S.S. and “Truball tech”, the return of personalized character creation and a focus on connecting the player to their team on a less superficial level PES 2014 is taking steps in a new and exciting direction. Unless FIFA comes to the table with something radically new I think PES 2014 has a real shot at stealing the American market. 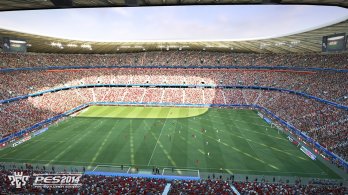 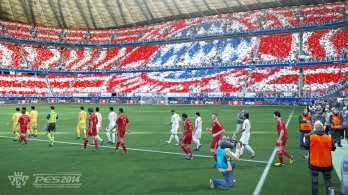 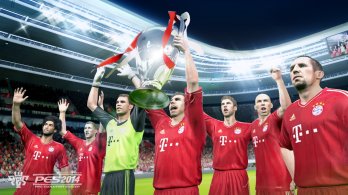 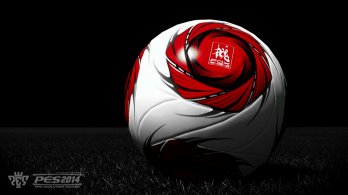