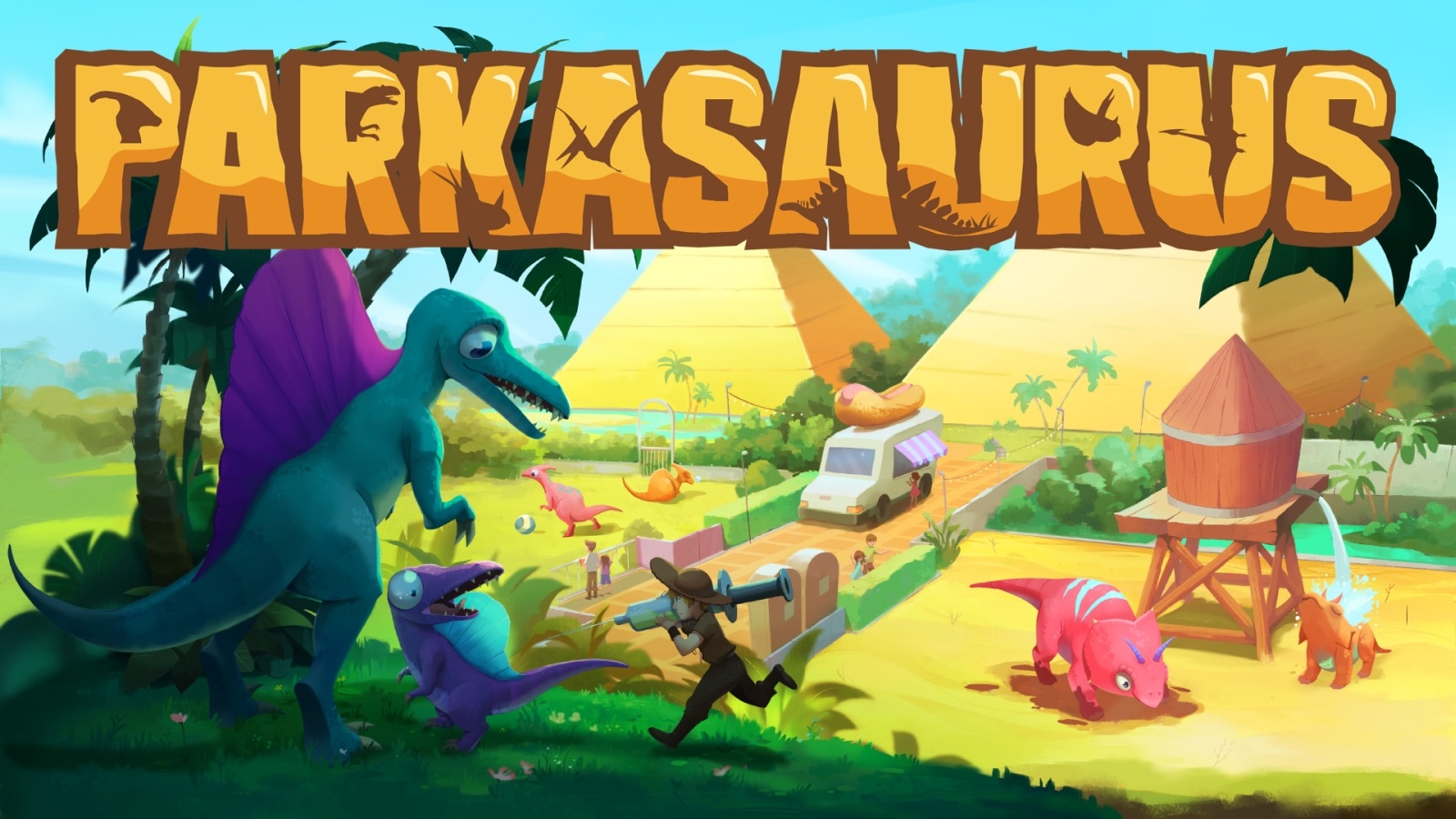 Parkasaurus, the dinosaur theme park management game from Washbear Studio, released patch 1.0 on August 13th. With this release, the game is officially coming out of early access! This patch is chock full of new features, most excitedly the three new campaigns you can play though. Before I dive in, if you’ve never heard of Parkasaurus, go check out my in-depth preview I did a while back. While new features have been added, the game still functions the same.

Here is a just a glimpse at all of the great features within Parkasaurus, straight from the devs:

The campaigns that were added are preset maps, each with their own challenge to overcome. So far I have played through the Toronto and Abandoned scenario. Both were quite fun to conquer. In Toronto you start off with a very small area which you need to work around, and in Abandoned some monster has left a handful of dinos trapped inside an abandoned park with no food. Your goal here is to build habitats for these poor babies and make them happy. A lot of terrain development will be needed for this scenario, and I am still working my way through the final steps of  completing it. The videos included with this preview show the game-play for both scenarios.

Patch 1.0 also bring us six new dinosaurs to add to our park: Sauropelta, Protoceratops, Hypsilophodon, Huayangosaurus, Hadrosaurus, and Ampelosaurus. To go along with that, we now have an in-game Dinopedia that shows in-depth information about each dinosaur and the period they came from. 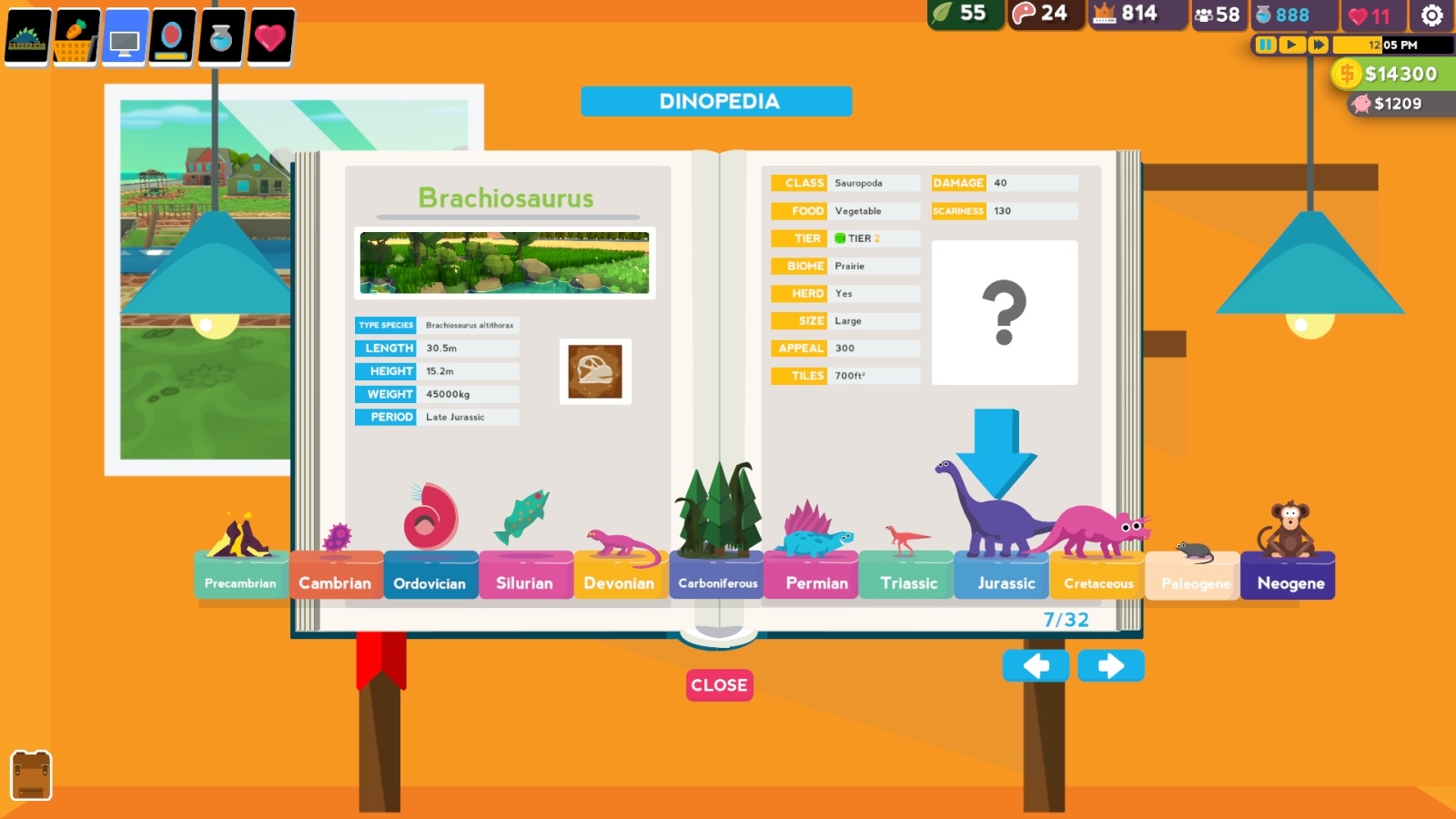 The all new Dinopedia, where you can find in-depth information about all the dinos in Parkasaurus.

Another new and fun feature that’s been added is the Exhibit Theme System. You’ll have to meet specific requirements, such as size and having perfect biodiversity, then change it to the theme you desire from a drop down menu in your Exhibit Pane. So far you can choose from Prehistoric, Secure, Organic, Eden, Spooky, and Magical themes.

I noticed a few new things that have been added since the last time I played Parkasaurus. Achievements, which are earned through the campaign, will give you points to spend that grant you specific boosts, such as +20% egg grow speed, or Larger Donation Bins which will grant +25% in max donations. Something else I noticed was the addition of the Medicine Chart, which has a lot of humorous flavor text for the different ailments that can afflict dinos. 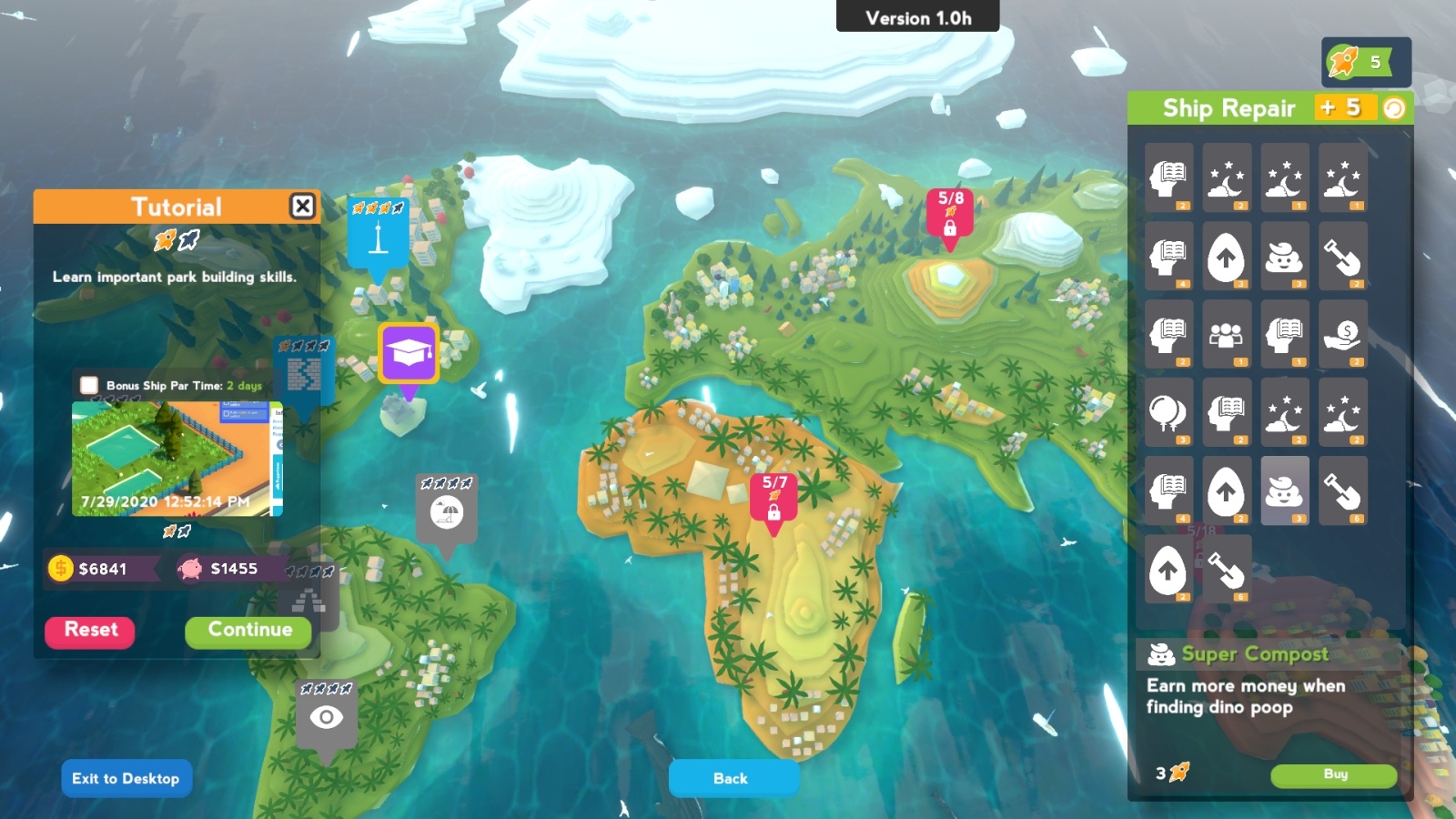 A look at the campaign map, and the Achievement tree.

I am very excited to follow this game as the devs continue to add more content to it. Keep in mind it’s technically been in alpha for the last two years, yet Parkasaurus runs smoother and plays better than most live games on the market. With an easy to learn UI, lightning fast load speeds, fun and whimsical graphics, and dinosaurs that can wear hats, there isn’t much, if anything, to complain about here. I’ve been a fan since the first moment I loaded Parkasaurus up. Keep up the good work, Washbear Studio!

This game continues to impress me, and I still can’t believe it’s all done by just two guys. If you enjoy simulators and management games, don’t even hesitate to buy Parkasaurus. It’s worth every penny. For $24.99, you can pick it up on Steam here: https://store.steampowered.com/app/591460/Parkasaurus/