Holding a slight resentment in my heart for the dodgeball I’d played in gym class, I didn’t know what to expect from EA’s newest game. Having beta-tested the team-based multiplayer game called Knockout City, I can safely say it’s one of the most entertaining games I’ve played in years. The fast-paced attacks mingle with the energetic art style to build intricate layers over top of the classic dodgeball experience.

With three avatar slots to customize, an array of upgradable clothing options, and plenty of visual battle effects to unlock, you can express yourself any which way you please. The character selection is thorough, I even struggled choosing which voice I wanted for my character in the selection screen! Fortunately, buying anything in the shop has no effect on gameplay whatsoever, as the developers decided to have every cosmetic item purely for visual appeal. No loot boxes. No pay to win. No shenanigans. Everyone is on an even playing field at the start of each round, utilizing pure skill to rank up and progress, while looking exactly how they want. 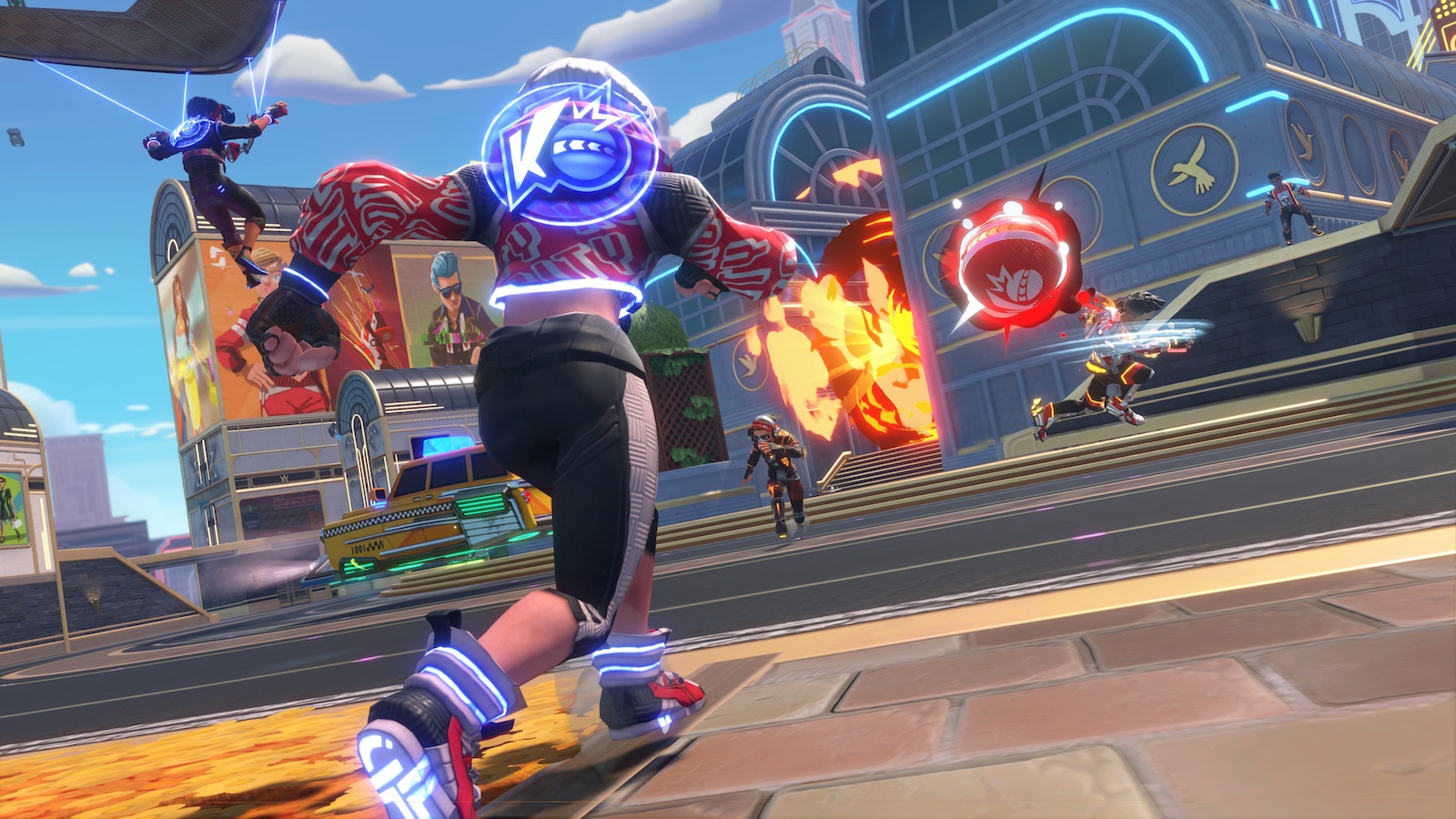 The layered environment tells a story of an upbeat, dodgebrawling city, moving and changing as the round goes on. The color palette is sensational, and the music elevates the experience as funky beats and chilled-out grooves seep into your dodgeball-pelted bones.

Usually, when you’re firing projectiles in games of this caliber, aiming would be your biggest enemy. However, the developers at Velan Studios opted to prioritize the skill of timing rather than aim. The dodgeball, once it has locked onto an enemy in your view, will automatically travel to your opponent upon throwing it. It’s up to the player to curve it around walls, because this game is all about positioning, timing, and teamwork.

Coach would always say, “be the ball!” but I’ve never taken that statement more to heart than in this game. Curl up tight and roll to one of your team members to get lobbed in the face of the enemy, or if your teammate charges you up, you can unleash an ultimate attack from the sky! Position your attack correctly, and you just might wipe out the entire team in one blow. 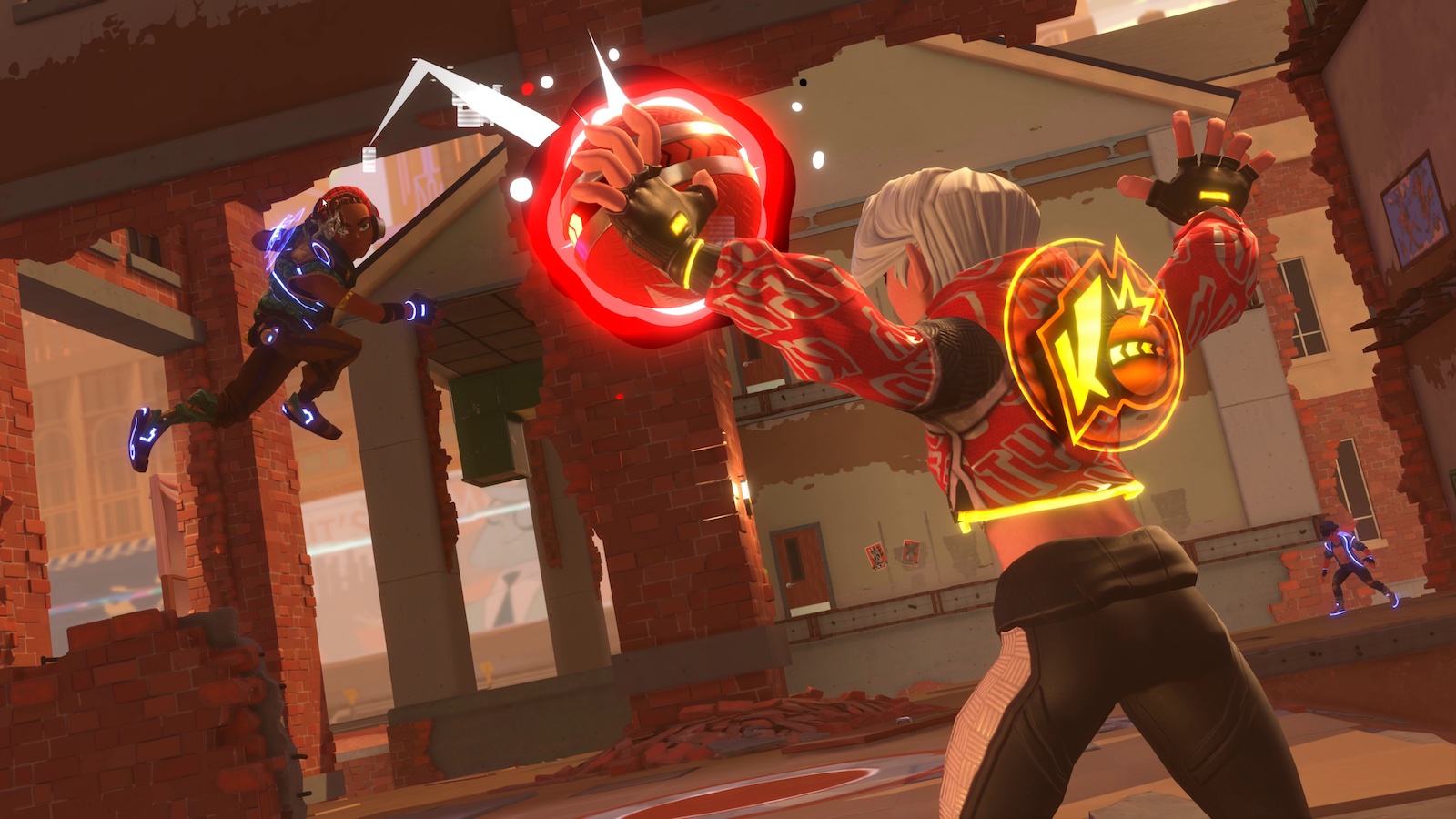 Having the game host a barrage of simultaneous attacks can be tough on frames, but that issue is being resolved in a fresh way. Velan Studios created a new engine and programming code to specifically combat the issue of latency in gameplay, due to all of the dodgeballs whizzing past and players gliding around.

My only areas of frustration were the unforgiving recovery of the glider and the confusing position of the “exit to desktop” option. Other than that, I found nothing to frown about, and with developing features like joining or creating clans, I’m excited to see what’s to come.