During today’s Nintendo Direct, EA and PopCap Vancouver announced that Plants vs. Zombies: Battle for Neighborville Complete Edition will head to the Nintendo Switch on March 19. This release will allow players to unlock all DLC and post-launch content released on the other versions of the game through offline or online play.

Ready the juice cannons and prepare for battle! PopCap Vancouver, a studio of Electronic Arts Inc., today announced that its zaniest shooter will debut on Nintendo Switch™ on March 19 with the Plants vs. Zombies: Battle For Neighborville™ Complete Edition. Introducing new players to Neighborville, a suburban region where the clash between flora and undead is always flourishing, Plants vs. Zombies: Battle For Neighborville Complete Edition will give players the opportunity to unlock all characters and content from the PlayStation, Xbox and PC Standard Editions, as well as post-launch content, directly through offline or online play.

In Plants vs. Zombies: Battle For Neighborville Complete Edition, players can tackle hilarious missions and defeat epic bosses to collect medals and unlock dangerously superb outfits. In addition, players will have access to 23 fully customizable characters, including a Team Play class for each faction, and all cosmetic items ever released – all available as in-game unlockables, without any premium store or currency. Players can play offline, party with up to three friends or dive into some 8v8 multiplayer – vanquishing opponents, blasting gnome bombs, and bouncing on pink ooze using motion controls for aiming, with a full range of settings to customize to players’ preference. 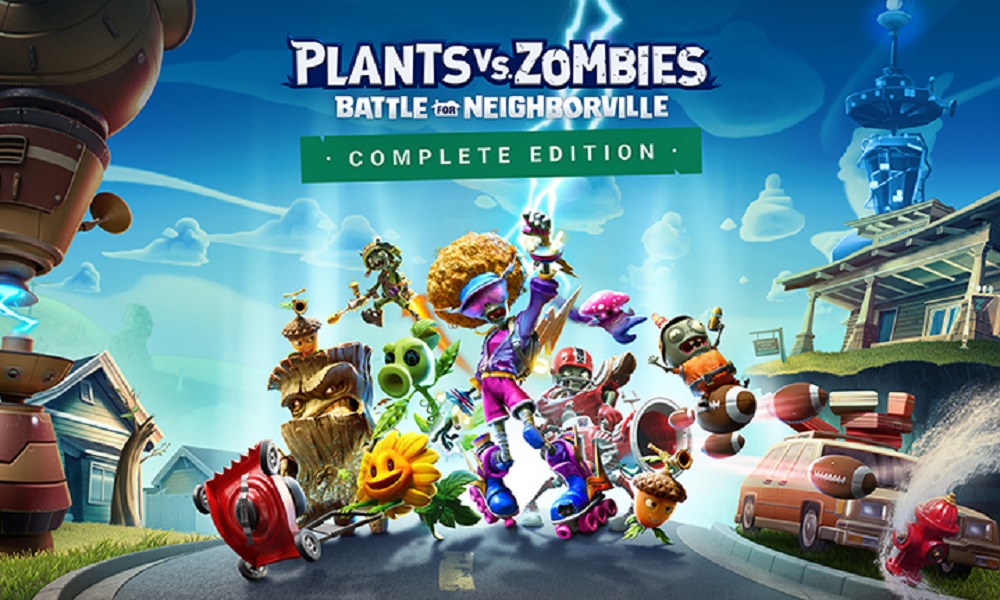 “We are excited to bring everyone’s favorite Plants vs. Zombies™ characters to Nintendo Switch for the first time, giving players the ability to play in their homes or on the go, however they choose,” said Melvin Teo, Producer at PopCap Vancouver. “The Switch’s motion controls allow us to try a fresh new take on Neighborville, and with its docked and portable play, we have the ability to bring the game and its characters to life in ways that weren’t possible before.”